Some of the largest, most profitable companies in Canada are collectively receiving an estimated $3.3 billion in subsidies every year from Canadian taxpayers, according to a new analysis.

The report, released today by the International Institute for Sustainable Development, a Canadian-based think tank, outlines how billions in federal and provincial tax breaks and corporate incentives benefit companies in the oil and gas sector like Imperial Oil, whose earnings in 2015 were CDN$1.1 billion.

The new analysis comes as Trudeau is in China for the G20 Summit. In 2009 G20 leaders committed to a complete phase out of all fossil fuel subsidies over the medium term and Justin Trudeau, while on the campaign trail, made an election promise to fulfill that commitment.

“Fossil fuel subsidies work against Canada’s commendable progress in putting a price on carbon — they give money and tax breaks to the sources of carbon pollution that we’re trying to scale back,” Amin Asadollahi, North American Lead on Climate Change Mitigation at the International Institute for Sustainable Development, said.

B.C. and Alberta also provide the lion’s share of oil and gas subsidies through royalty reductions and drilling credits. 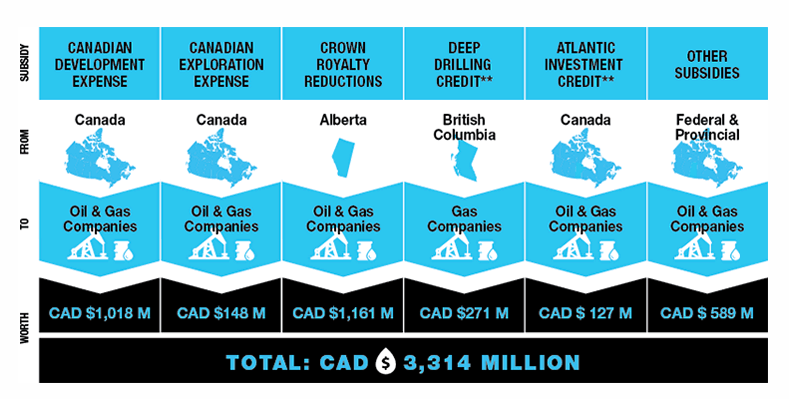 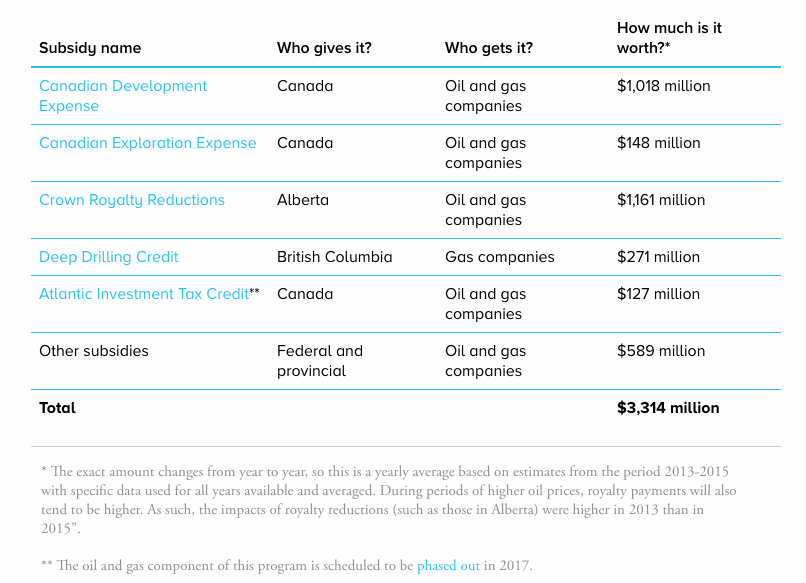 Some of the largest oil and gas subsidies in Canada. Image: IISD

The new analysis details how those taxpayer funds could be better spent in Canada.

For instance, the institute calculates that $3.3 billion could pay for the education of 260,000 students, or job training for 330,000 Canadians, each year. Or each Canadian could just pay $94 less per year in taxes. 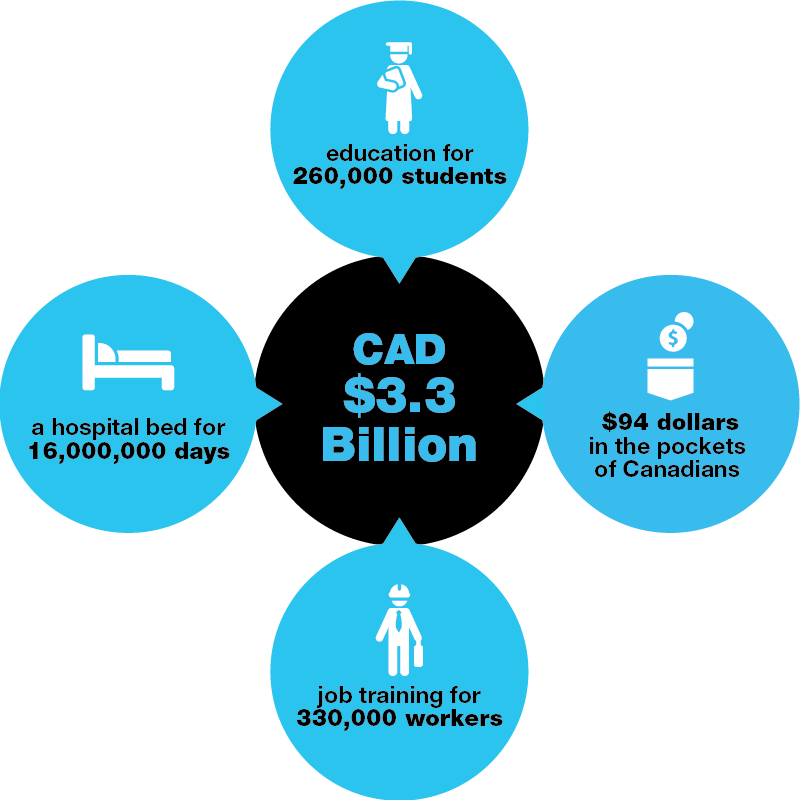 Despite the global downturn in oil prices, some of the largest oil and gas companies in Canada have turned an impressive profit. In 2014 oilsands giant Suncor Energy posted a record profit, with operating earnings of CDN$1.37 billion.

While oil and gas companies are getting windfall tax breaks, the Canadian government is proposing to put a tax on the greenhouse gas emissions that result from the production of oil and gas.

As IISD analyst Amin Asadollahi describes it, “[i]magine the Canadian government taxed cigarettes with one hand, while handing out tax breaks to tobacco companies with the other.”

In its election platform the Liberal party promised to eliminate fossil fuel subsidies in order to support the growth of alternatives.

“The saving will be redirected to investments in new and clean technologies,” the party platform says.