The B.C. Oil and Gas Commission (OGC) was “unreasonable” and “intransigent” in its dealings with the Fort Nelson First Nation as the regulator considered and eventually approved a 39-kilometre natural gas pipeline in endangered boreal caribou habitat, according to the B.C. Supreme Court.

In a recent ruling, the court found the Oil and Gas Commission refused to discuss issues related to the pipeline and its impacts on the Maxhamish caribou range. Caribou are provincially and federally recognized as a species at risk and 84 per cent of boreal caribou habitat in B.C. falls within Fort Nelson First Nation territory.

“The OGC failed to talk to us,” Fort Nelson First Nation Chief Harrison Dickie said in a statement. “It is gratifying to have the court state that we were the ones acting reasonably in the process.”

In an oral ruling, Madam Justice Gerow described the Oil and Gas Commission, B.C.’s pipeline regulator, as uncompromising and said it failed to consult adequately with First Nations who acted reasonably in their engagement with regulators. The court overturned the pipeline’s June approval and awarded court costs to the First Nation. 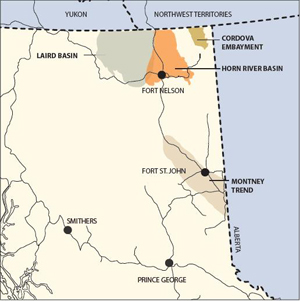 “When the Commission’s initial response is that it would not discuss concerns and was satisfied that there would be no material impact [on the caribou habitat], it cannot be said that Commission was willing to engage in consultation,” Justice Gerow stated.

The Court found the OGC was strict in designating which topics would and would not be discussed in a meeting. Chief Dickie described the consultation process as running “into a brick wall.”

The B.C. government recently announced it would adopt the United Nations Declaration on the Rights of Indigenous Peoples (UNDRIP), a document designed to safeguard the principles of free, prior and informed consent when consulting with indigenous peoples. In a recent press briefing B.C. Environment Minister George Heyman said the province hopes to revise the B.C. environmental assessment process, bringing project proponents into meaningful consultation with First Nations from the start.

“We want a new environmental assessment process that respects the legal rights of First Nations as well as our commitment to the UN Declaration on the Rights of Indigenous Peoples, the Tsilhqot’in decision and the Calls to Action of the Truth and Reconciliation Commission,” Heyman said.

Chief Dickie, who has previously said his nation is open to development on its traditional territory, said his nation’s concerns were not adequately addressed by the Oil and Gas Commission.

“If our concerns with appropriate caribou management had been taken seriously by the OGC and by the pipeline company, Rockyview Resources, this project may well have proceeded.”

In February 2017 the province committed $27 million to enhance caribou recovery in B.C. In response to the gas pipeline proposal, the Fort Nelson First Nation developed a caribou recovery plan the nation says the Oil and Gas Commission refused to consider.

The commission considered it impractical to consider the nation’s caribou plan, resulting in the regulator using “inadequate and incomplete data to determine that the proposed pipeline poses ‘no material adverse effect’ to the caribou populations in the area,” the Fort Nelson First Nation said in a previous statement.

About 728 boreal caribou remain in B.C. with five range areas, most in the north-east of the province. The pipeline would have crossed the Maxhamish boreal caribou range where the population has decreased to from 306 to 104 animals since 2004 with consistently low calf survival rates, according to FNFN numbers.

In an information bulletin, the B.C. Oil and Gas Commission stated: “The Commission will study the decision, and is committed to making any necessary improvements to its consultation and decision-making processes to address the Court’s direction and to facilitate a strong working relationship with Chief Harrison Dickie and his community.”

The proposed gas pipeline and a related storage facility was scheduled to begin construction north of Fort Nelson in the coming weeks, according to a press release provided by the Fort Nelson First Nation.

“It is gratifying to have the court state that we were the ones acting reasonably in the process.” https://t.co/fT5kdZivFu

“I hope that the OGC has learned a lesson from this,” Chief Dickie said, “that the way forward is to have an open dialogue rather than being inflexible and trying to force its agenda at the expense of legitimate First Nation concerns.”

Fort Nelson First Nation previously won a case challenging a provincial water licence that had been granted to Nexen. The licence, which allowed the company to withdraw 2.5 million cubic metres of water, was withdrawn in 2015 after the Environmental Appeal Board found the province failed to properly consult the First Nation and to employ adequate scientific modelling.

Gas pipelines. Image by Bilfinger SA via Flickr.
Published By

Scientists have found protecting nature can provide more than one-third of the emissions reductions required...

The Site C dam was declared an ‘essential service’ during the COVID-19 pandemic, allowing construction...

A green COVID-19 recovery: how Canada can chart a sustainable path forward for the economy

New report from Canada’s leading environmental groups lays out a roadmap for recovery that ties...