A toxic overlap of COVID-19 and environmental racism

What happens when a deadly pandemic and environmental racism collide? Read on for the details from our first collaboration with Chatelaine

By Arik Ligeti
Share
Ingrid Waldron, founder of the ENRICH Project, has been studying environmental racism for nearly a decade. She says it's an important topic to tackle because it has profound effects on racialized people's health and well-being. Photo: Darren Calabrese / The Narwhal

A little over a year ago, the biggest news story in the country was the Wet’suwet’en standoff. Land defenders blocked work on the Coastal GasLink pipeline, the RCMP arrested 28 people and rail blockades sprung up across Canada in support of Wet’suwet’en Hereditary Chiefs.

Then the pandemic arrived, and attention shifted. As for the pipeline project? It has continued on, deemed an “essential service” despite warnings from health-care professionals, Indigenous leaders and environmental groups that the work camps — which can house hundreds of itinerant workers — would pose a huge risk to Indigenous communities.

Indigenous people are already more vulnerable to viruses like COVID-19 as a result of centuries of health inequities — including exposure to polluting industries. As predicted, there were outbreaks at Coastal GasLink camps. Then came the spread to Indigenous communities. Elders have died.

This is what it’s like when a deadly pandemic and environmental racism collide, as The Narwhal’s Raina Delisle details in this in-depth feature we just co-published with Chatelaine, which has been producing award-winning journalism on issues that matter to Canadian women for over 90 years. It’s the first collaboration for Chatelaine, and we’re honoured we got the chance to work with the brilliant team over there.

To help understand what environmental racism looks like, just glimpse at this map, which shows how waste disposal sites and toxic industries tend to overlap with Mi’kmaq and African communities in Nova Scotia.

That’s no coincidence, according to Ingrid Waldron, a sociologist and associate professor at Dalhousie University who spearheaded the mapping research.

All across North America, polluting industries are predominantly located in and around Indigenous, Black and other racialized communities. Exposure to those industrial activities has been linked to life-threatening illnesses, including cancer, lung disease and heart conditions.

Waldron has long been calling for change in Canada in the form of government action. And that may soon be coming. Liberal MP Lenore Zann’s private member’s bill calling for a national strategy to redress the harms of environmental racism just passed its second reading in the House of Commons, bringing it one step closer to becoming law. The bill, which Waldron collaborated on, urges community engagement on policy development and compensation for affected people and communities.

To dive deeper into this important issue, go here to read Raina’s story. And if you prefer your longreads in printed form, you can pick up Chatelaine’s green issue, on newsstands now.

Take care and check your maps,

Good news alert! The News Photographers Association of Canada has announced this year’s winners and — drum roll please — two contributors to The Narwhal have been recognized!

Darren Calabrese and Leah Hennel were both named finalists for photojournalist of the year, with Darren taking home the award. Their nominated portfolios include photos shot on assignment for The Narwhal’s coverage of three important issues: the push to protect the Acadian forest from logging, a Mi’kmaq fishery charting a new path forward amid Nova Scotia’s lobster wars and Alberta ranchers fighting against plans for coal mining in the Rockies. Leah’s stunning shot of rancher Mac Blades, pictured above, also earned her an honourable mention for best portrait.

Join us in sending Leah and Darren all the good vibes! 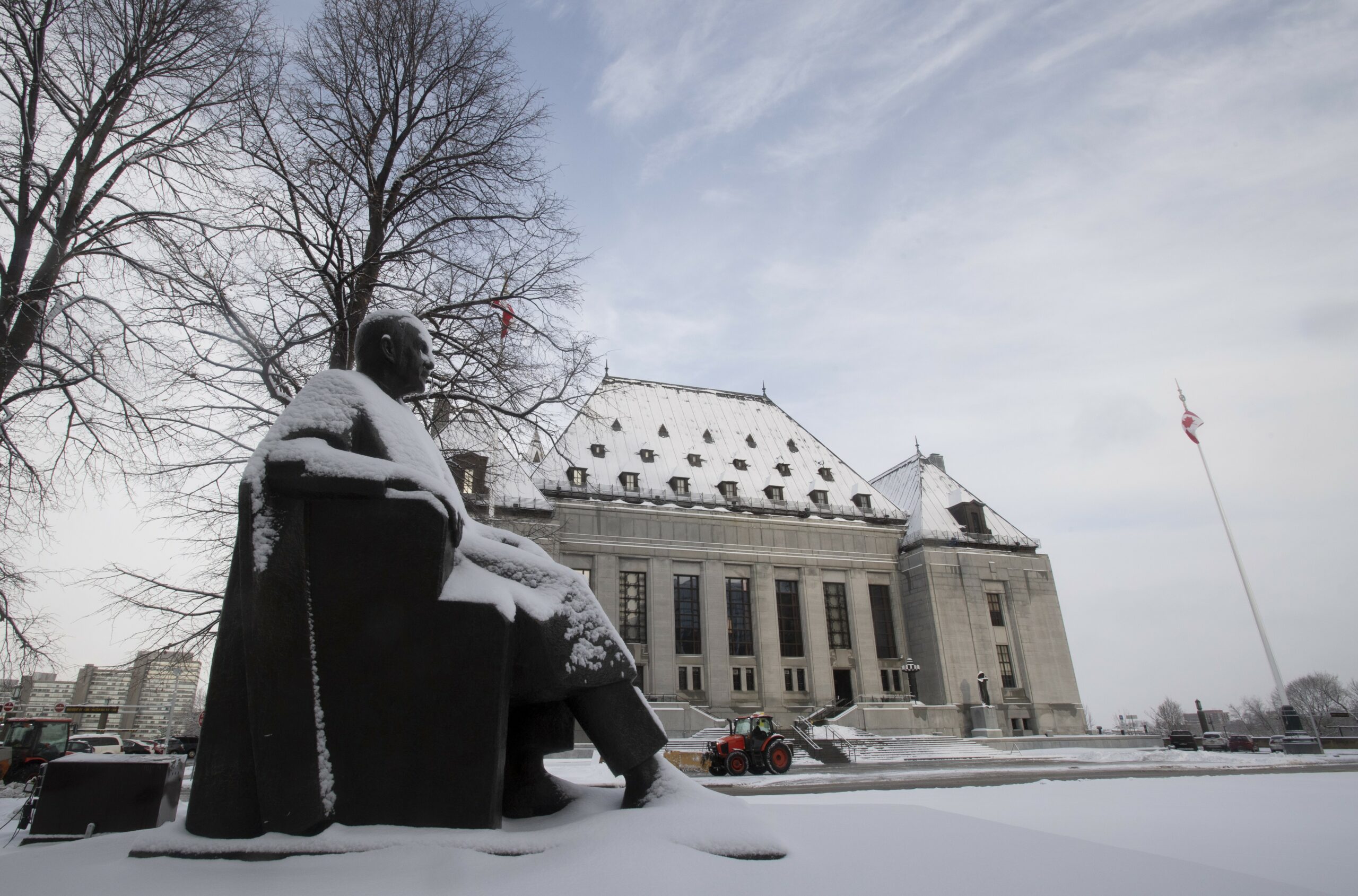 The country’s highest court has ruled the federal price on carbon, which affects both consumers and large industrial emitters, does not violate the rights of individual provinces and is a critical response to the existential threat of climate change. Read more.

The northwest B.C. First Nation served notice to a mineral exploration company after the firm refused to agree to meaningful consultation while continuing to drill in a culturally important area. Read more.

Cermaq has applied for a new permit to dump almost 3,000 bathtubs of a sea lice pesticide in Clayoquot Sound Biosphere Reserve waters, as companies head to court to challenge a federal decision to terminate salmon farming in the Discovery Islands. Read more. 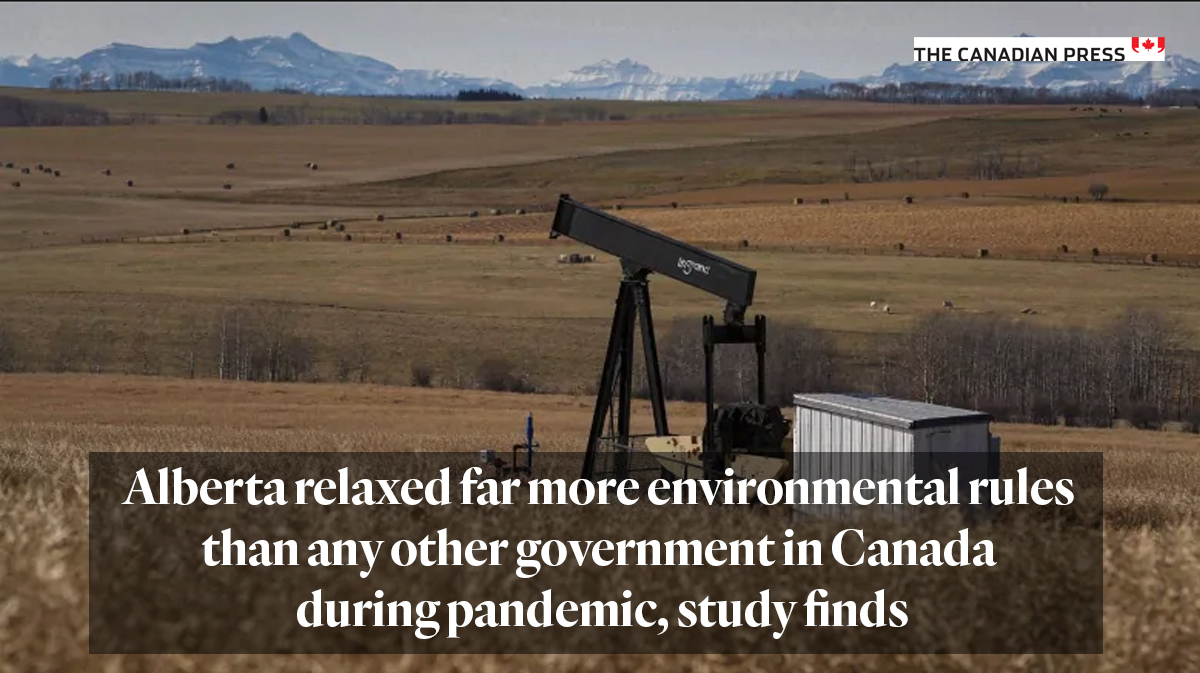 When you open up the latest issue of Chatelaine to read our collaborative feature. Tell your friends to get on board with in-depth journalism on the environment by subscribing to our newsletter.

Banner: Ingrid Waldron, founder of the ENRICH Project, has been studying environmental racism for nearly a decade. She says it's an important topic to tackle because it has profound effects on racialized people's health and well-being. Photo: Darren Calabrese / The Narwhal
Published By