Jewell James began studying carving in 1972 so he could work with his younger brother, Dale. They worked together for more than 20 years, and with two other artists formed the House of Tears carvers of the Lummi Nation. In 1996, Dale died of pneumonia, leaving behind five promises of totem poles to various people and organizations. The remaining three members of the group took on the task of fulfilling the promises, marking the beginning of a new tradition of carving totem poles and sending them to places is need of hope and healing.

After sending totem poles to promote peace all over the United States, including to locations affected by 9/11, the House of Tears carvers are channeling their gifts toward their own nation’s struggles and those of their fellow Coast Salish nation, Tseil-Waututh.

Lummi territory just south of the Canadian border is under threat of a proposed coal export terminal at Cherry Point, Washington. Known to its original inhabitants as Xwe’chi’eXen, the spot is located 17 miles south of the Canadian border. The proposed Gateway Pacific Terminal would be the largest of its kind on the American west coast, transporting such dry bulk commodities as grain, potash and coal to Asian markets.

The Tsleil-Waututh nation of North Vancouver is embroiled in a battle to keep Enbridge and Kinder Morgan out of its traditional territory. In a recent meeting between the two nations, leaders got to talking about the similarities between them.

Both are fighting destructive resource development on their lands. Both are water nations, and their collective well-being depends upon the health of the Salish sea.

“We both having the saying in our cultures, when the tide went out, the table was set,” said Rueben George, Sundance Chief of the Tsleil-Waututh. “We ate out of the water, played in the water, have done ceremony in the water.”

Talk continued to the most pressing concerns, and an idea arose.

“We started talking about the risk of having over 400 tankers a year carrying very dangerous bitumen oil, and James said, you know what, I’m going to make a totem pole and it’s for Mother Earth.” George said he’s touched by the show of respect and solidarity. 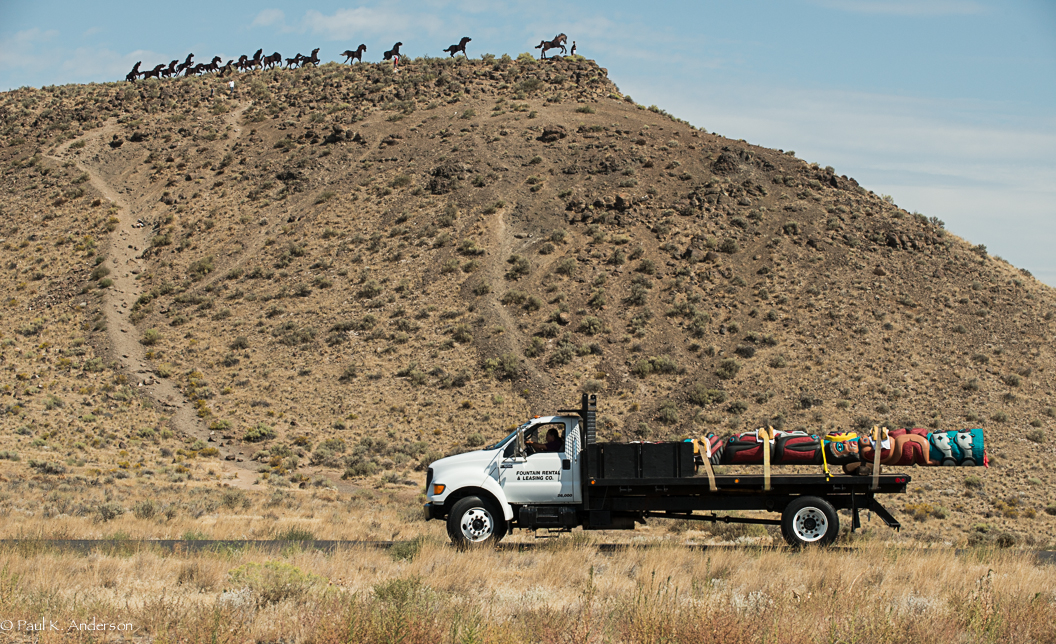 James has carved a totem pole 22 feet tall that has embarked on a 1,200-mile journey from Lummi territory up the west coast, where it will arrive on Tsleil-Waututh territory in North Vancouver on September 29. It includes images of the salmon and the wolf, of the harvest moon, and a Tsleil-Waututh elder inciting her people to stand up and defend the environment. The pole, made of 300-year-old Western redcedar, has already received blessings from Northern Cheyenne elders in Otter Creek, Montana, in Missoula, Spokane, Celilo Village, Portland, Olympia and Tacoma. The pole will be blessed at Xwe’chi’eXen on the 27th before arriving in BC.

Xwe’chi’eXen is a 3,500-year-old village site and a traditional reef net fishing site. Reef net fishing is the traditional method of salmon fishing of Indigenous people along the coast, and it’s still in use today. Using stationary equipment and relying on the tide to bring in the harvest, it is considered the most respectful and environmentally sound way to fish for salmon. It was also the first place in the state to become part of the Washington Heritage Register.

The ancient ground is not the only place that stands to suffer collateral damage from the Cherry Point project. Rail lines run from Wyoming and Montana, into Washington and along the Columbia River Gorge. The Columbia River has also seen its share of industrial pollution. Late last year, a Washington judged ruled that British Columbia mining company Teck Resources Limited is liable for the cost of cleaning up huge quantities of slag that have accumulated down river after more than 100 years of using the waterway as a dumping ground.

Proponents of the new rail line cite typical points in favour of resource development and its accompanying infrastructure: new jobs and newer, safer technology. But any development through Lummi territory will interfere with the nation’s treaty rights and cause irreparable damage to the land. Last year, Lummi council took a formal stance in opposition to the project with the words, Kwel hoy: We draw the line. 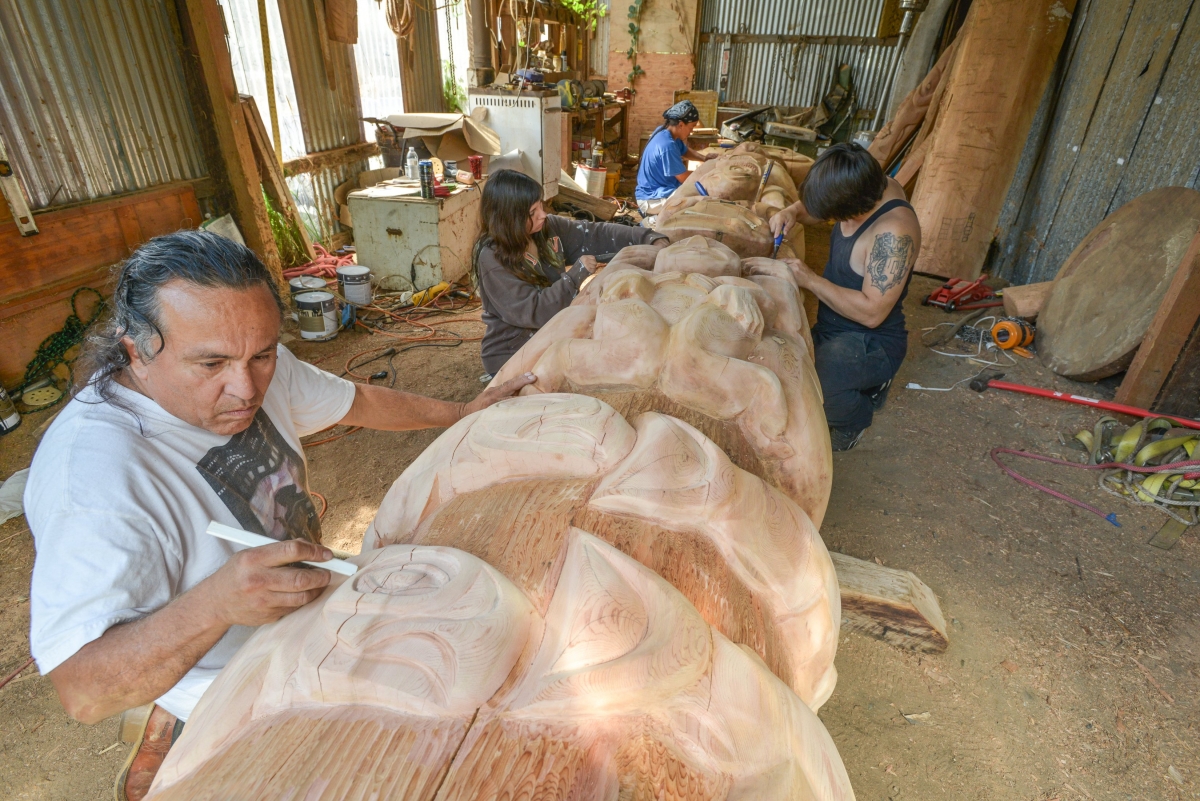 James said he was inspired by the Tsleil-Waututh commitment to protecting the land and water for all nations.

“Because we’re using the totem pole to gather people together in organizations and tribes, we didn’t want to be selfish with the effort, so we dedicate the totem pole to the Tsleil-Waututh nation in honour and respect of the position they have taken.”

The House of Tears carvers, now made up primarily of James’ nieces and nephew, puts most of its time into healing totem poles and follows traditional native philosophies of community.

“The philosophy there is, if you have a gift, then you’re supposed to constantly give back to your community around you or the Great Spirit could take it away. So we practice that philosophy.”

On the 29th, there will be a private ceremony to bless and raise the totem pole, followed by speakers and traditional dance, music and food from both nations that will be open to the public.

Erin Flegg
Erin Flegg is a freelance writer and journalist, and her work appears in the Vancouver Observer, Xtra West and This Magazine. She ...