B.C. election: what Horgan’s NDP majority government means for climate and the environment

The B.C. NDP victory comes amid lingering questions about the fate of the Site C dam and whether the province will be able to meet its climate targets

By Arik Ligeti
Share
John Horgan's NDP is headed for a majority government after decisive results in the 2020 B.C. election. Photo: BC NDP/ Flickr

The results are (partially) in and British Columbians have spoken: we’re headed for the first NDP majority government in nearly two decades.

While the record-high number of roughly 480,000 mail-in ballots means we likely won’t have the final tally for a few weeks, John Horgan’s NDP is on track to pick up 55 seats, with Andrew Wilkinson’s BC Liberals on pace for 29 seats and Sonia Furstenau’s Greens expected to win three seats.

The resounding victory will mean Horgan no longer has to count on the support of the Greens to govern. The 2017 vote, you might recall, saw the BC Liberals edge out the NDP 44 seats to 43 seats, leaving the balance of power in the hands of Andrew Weaver’s Greens. His party, which won three seats, negotiated a confidence and supply agreement with the NDP, which included several major commitments on environmental policy.

The decision by Horgan to call an election a year ahead of schedule — and amid the COVID-19 pandemic — was criticized by his opponents as opportunistic. But the NDP Leader defended the move, saying a clear mandate from voters was needed to tackle the health crisis.

Regardless of the motivations, the calculation clearly paid off in spades. The last time the BC NDP pulled off a majority? You’d have to go back to the 1996 election, when the NDP — under the leadership of Glen Clark — staved off future premier Gordon Campbell’s BC Liberals despite losing the popular vote. That was followed by a 16-year BC Liberal reign from 2001 to 2017.

So what do these 2020 B.C. election results mean for environment and climate issues in the province? Read on.

The B.C. Greens will have a lot less influence 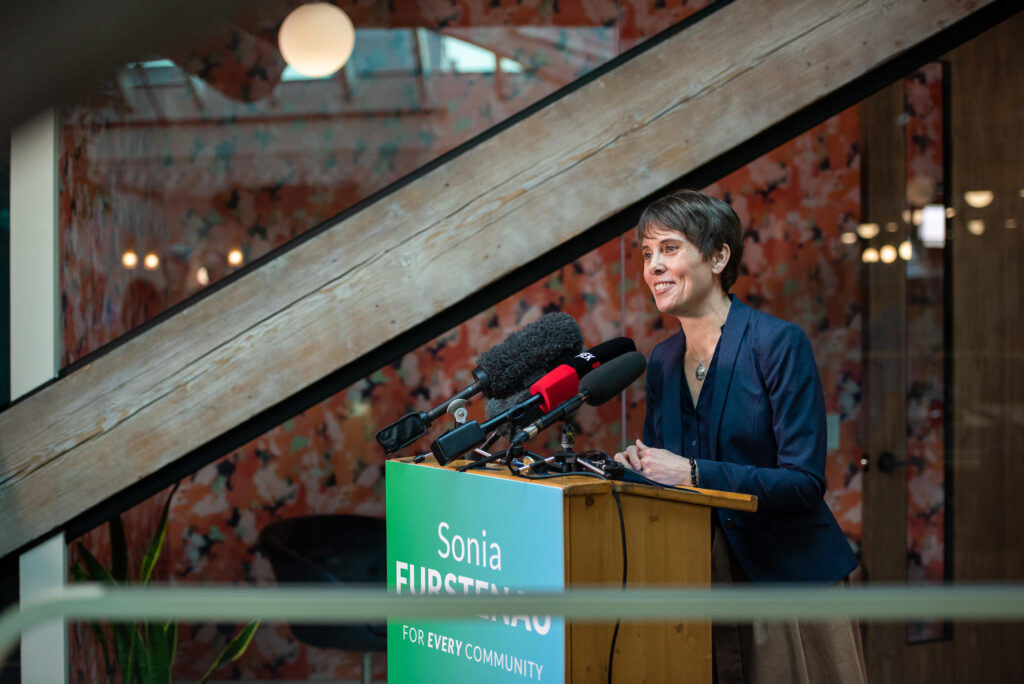 Despite drawing about 16 per cent of the preliminary vote, the Green Party is set to win no more than three seats in this B.C. election. While that’s the same number of seats the party won in the 2017 election, the NDP no longer needs the support of the Greens to govern — resulting in a dramatic loss of influence for Furstenau’s party.

Still, the steady Green support sends a signal about the desire for action on environmental issues among British Columbians.

The fate of the Site C dam remains uncertain

When Horgan formed government in 2017, he sent Site C for an expedited review by the B.C. Utilities Commission, but ultimately decided to push ahead with the controversial BC Hydro project, saying Christy Clark’s BC Liberals had pushed the dam past the point of no return.

The NDP government proceeded to create a Site C assurance board while adding $2 billion to the project’s budget, for an estimated total cost of $10.7 billion.

But the assurance board’s work was largely kept under wraps until an investigation published by The Narwhal on Oct. 21 revealed the board was told in May 2019 that Site C faced “significant risk due to the weak foundation” of the dam.

Site C construction is seen along the Peace River in B.C. Photo: Garth Lenz / The Narwhal

Two top civil servants are among those who sit on the assurance board, raising questions about why the public wasn’t informed of Site C’s serious geotechnical problems until July of this year.

The government has tapped former deputy finance minister Peter Milburn as a special advisor to provide an independent report on the project’s geotechnical issues and cost overruns. Milburn’s findings are expected to come in November or December, but it’s not clear if the report will be made public.

During the election campaign, Horgan defended his 2017 decision to proceed with Site C, but left open room to change course depending on what Milburn’s report reveals.

“If the science tells us and the economics tells us that it’s the wrong way to proceed, we will take appropriate action,” Horgan said during an Oct. 16 leaders’ radio debate.

Some experts are estimating that the Site C budget could exceed $12 billion, and a new report from a U.S. energy economist found that B.C. taxpayers could save $116 million a year if the project is cancelled.

Full steam ahead on the CleanBC climate plan

If re-elected, the NDP has committed to enacting legislation requiring B.C. to reach net-zero emissions by 2050, meaning that any greenhouse gas emissions would have to be offset by carbon sinks, carbon capture and storage or other technology.

It’s a lofty goal given that, so far, B.C. has only released a plan to get the province to 79 per cent of its emissions targets for 2030.

The NDP has also re-committed to reviewing oil and gas subsidies — handouts the Greens want to see scrapped.

George Heyman, who served as the NDP’s minister of environment and climate change strategy since 2017, said in an Oct. 15 debate that his party has “committed to put an environmental lens on all the oil and gas royalty credits and take a good, hard, comprehensive look at them.” 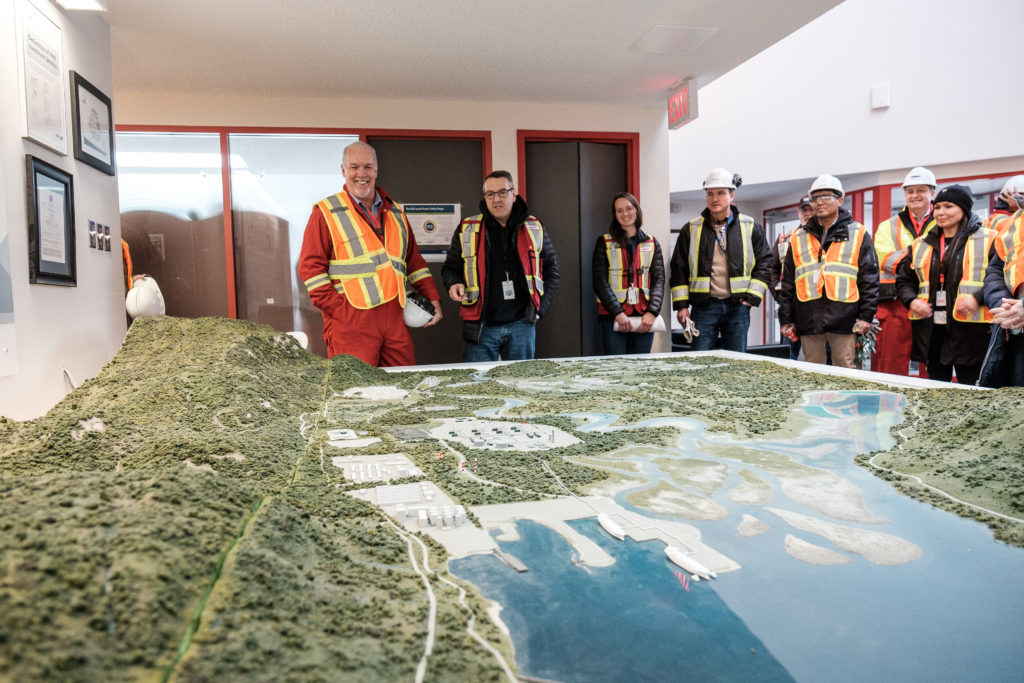 B.C. has continually promoted having the “cleanest LNG in the world.” But experts have questioned whether the industry is compatible with the province’s climate plans, including a recent report which found B.C. could exceed its 2050 target by 227 per cent if it proceeds with all proposed LNG projects.

There are seven proposed LNG facilities in B.C., but so far — amid a global surplus in natural gas — LNG Canada is the only one that has seen construction move forward.

Horgan has promised to monitor LNG Canada to ensure it falls within B.C.’s climate targets, but when it comes online in 2024, the project will be one of the country’s single largest sources of carbon pollution.

The province still has no standalone endangered species legislation despite an NDP vow in the 2017 election campaign to enact a law to protect more than 2,000 species at risk of extinction.

The 2020 NDP platform only included a vague promise to develop “new strategies” that would better protect wildlife.

Meanwhile, questions linger over how far the new government will go to add further protections for old growth forests. In September, the NDP responded to a report on the dire state of B.C.’s old-growth forests by announcing it was deferring logging in nine areas. In reality, though, those areas contained very little old growth and will only be saved from logging for two years.

The government also plans to auction off logging permits in the Kootenays, a move that threatens to destroy habitat for an endangered caribou herd said to have the best chance of survival in the region.

And in B.C.’s Spuzzum Valley, a pair of breeding spotted owls — a species that had been presumed extinct in Canada — were recently discovered in an area slated for imminent logging.

The NDP have promised to increase processing of wild fish caught in B.C., to work to double funding for the BC Salmon Restoration and Innovation Fund (a joint effort with the federal government) and to develop new plans to protect wild salmon.

During the election, Horgan said that if the salmon farming industry doesn’t have support from local communities by 2022, he would look to phase out farms in the Broughton Archipelago, an important migratory route for wild salmon.

The NDP has also promised to develop a new strategy to protect coastal habitat, specifically committing to look at freighter traffic management around southern Vancouver Island and the Gulf Islands. 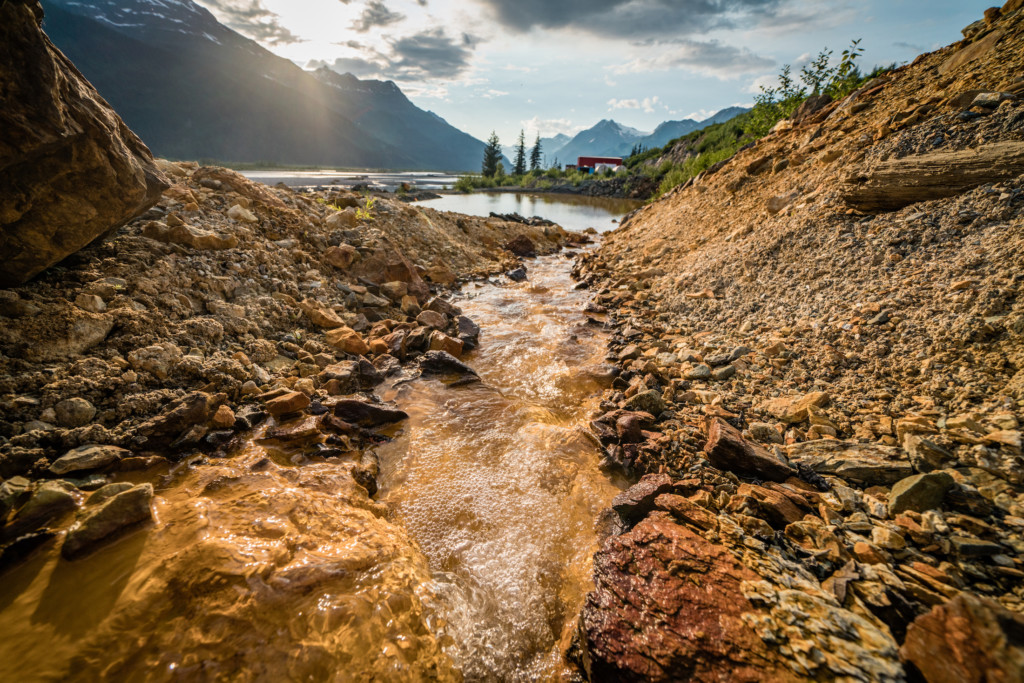 Water contaminated with acid mine drainage flows into a containment pond near the Tulsequah River. Photo: Colin Arisman / The Narwhal

The NDP has said it would create a mining innovation hub to work toward stronger regulations and low-carbon approaches to mining, and has also promised to hold mining companies financially responsible for environmental clean-up if a project is abandoned.

Mining companies are theoretically required to pay the province money up front to cover the costs of reclamation and closure in case they go bankrupt. But according to a 2018 report from B.C.’s chief inspector of mines, the province is running a deficit of about $1.2 billion to cover reclamation costs. More than 30 mining advocacy and law organizations have lobbied the government for years to change its laws and hold mining companies financially accountable.

The NDP has promised new incentives for both new and used zero-emission vehicles to make them more accessible to people with lower incomes and increase the number of vehicle charging stations with incentives and legislation. They’re also pledging to cut the provincial sales tax on e-bikes.

Horgan’s party also wants to make B.C. a global producer of low-carbon products and services. To get there, they’ve committed to investing in high-speed internet across the province, supporting innovative clusters that bring companies, researchers and entrepreneurs together and working with the federal government and BC Hydro to expand electrification infrastructure.

— With files from Ainslie Cruickshank, Matt Simmons and Emma Gilchrist

Banner: John Horgan's NDP is headed for a majority government after decisive results in the 2020 B.C. election. Photo: BC NDP/ Flickr