Share
Caribou from the Klinse-Za herd in a maternity pen run by the West Moberly and Saulteau First Nations. Photo: Wildlife Infometrics
News

As the B.C. government announced on Thursday that consultations on a draft agreement to protect Peace region caribou have been extended for up to two years, a prominent Canadian scientist said a report that accompanied the announcement showed “extreme bias.”

The report, commissioned by the government and written by Blair Lekstrom, former South Peace Liberal MLA, effectively recommends that plans to protect and restore caribou habitat be jettisoned in favour of wolf culls, feeding and penning pregnant females.

Lekstrom’s 16-page report gives only passing mention to the racism that has permeated commentary on the draft caribou partnership agreement, forged earlier this year between the B.C. and federal governments and West Moberly and Saulteau First Nations.

His report also takes aim at the federal Species at Risk Act and uses loaded language — stating, for instance, that a federal order to protect highly endangered caribou has the potential to “sterilize” a significant portion of the land base in northern B.C.

Report is ‘expression of extreme bias’

“The word sterilize is an extraordinary word choice in the opening paragraphs of such an important document and such an expression of extreme bias,” Ray, senior scientist and president of Wildlife Conservation Society Canada, told The Narwhal.

“And what follows is very much in that vein,” said Ray, who sits on committees advising the federal government on caribou recovery.

Lekstrom, the province’s former minister of energy, mines and petroleum resources, , has been a lobbyist for the McLeod Lake Indian Band — the only B.C. Treaty 8 member to speak out against the draft caribou partnership agreement. He has also lobbied on behalf of HD Mining’s efforts to build an underground coal mine in the Peace region near Tumbler Ridge.

Looming threat of a federal emergency order to protect caribou

Roland Willson, chief of West Moberly First Nations, told The Narwhal his understanding was that Lekstrom had been brought in to be “Horgan’s spokesperson” in the northeast.

Instead, Willson said Lekstrom “put together a report that states why they can’t move forward with this agreement.”

Willson said the partnership agreement should have been signed by now, noting B.C. is “already behind the eight-ball” on protecting caribou. 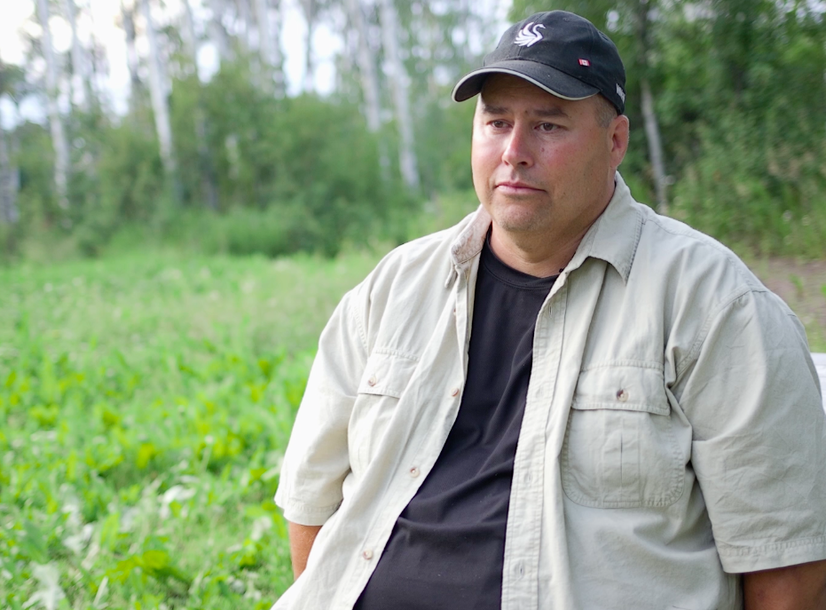 Thirty of B.C.’s 54 caribou herds are at risk of local extinction, and a dozen of those herds have fewer than 25 animals. In the Peace region, only 220 southern mountain caribou remain, spread out among six herds, down from 800 animals less than 20 years ago. A seventh herd, the Burnt Pine herd, became locally extinct after its last surviving member fell into a mining exploration pit.

If McKenna is not satisfied that B.C. has a suitable plan of action to protect endangered herds, she can ask the federal cabinet to approve an emergency protection order under the federal Species at Risk Act.

That would allow Ottawa to make decisions that are normally within the jurisdiction of the B.C. government, including whether or not to grant logging permits.

“If we don’t act now, we could lose the caribou forever,” Kim said in an emailed statement.

“B.C. has also taken an important step in implementing the immediate moratorium on resource development in the key areas of the partnership agreement,” the statement read.

In March, B.C. announced two draft agreements to protect caribou. The partnership agreement for B.C.’s Peace region includes habitat protection and an Indigenous Guardian program, while the second, much vaguer, agreement covers the rest of the province and does not include habitat protections or restrictions on industry.

“The Saulteau and West Moberly First Nations have shown critical leadership in working on solutions to protect the southern mountain caribou,” Kim said.

“We will continue to work with First Nations and the province, and engage with local communities and industry, to ensure that this iconic species gets the help that it needs, while also protecting jobs and businesses in B.C.”

Lekstrom ‘took a side on the issue’

Charlotte Dawe, conservation and policy campaigner for the Wilderness Committee, said Lekstrom was appointed to be a “middle person” but instead “he’s coming in at the eleventh hour and diluting an extremely carefully thought out plan.”

“He took a side on the issue,” Dawe said in an interview. “He went in and basically just uplifted that fear [of job loss and backcountry restrictions] and those industry concerns rather than engage in meaningful dialogue.”

As one example, Dawe pointed to Lekstrom’s conclusion that snowmobilers should be at the table and have more of a say in a caribou agreement “when, in fact, the partnership agreement didn’t even mention [areas] being off-limits to snowmobilers.”

The B.C. government has been at the negotiating table since the summer of 2018, “supposedly working in good faith with First Nations,” Dawe said.

“To see that this partnership will not be signed at such a critical time is completely disheartening because I don’t know if it will be signed now.”

Doug Donaldson, minister of forests, lands and natural resource operations, defended the government’s decision not to finalize the agreement.

“At the end of the day, we can’t just be focused on protecting caribou,” Donaldson told reporters.

“It’s much more complicated than that. We need to protect people’s livelihoods and way of life too, non-First Nations and First Nations.”

In his report, Lekstrom said he heard from the forestry industry that the caribou agreement could have a negative impact on jobs and may result in a mill closure. The B.C. government confirmed the partnership agreement will result in job losses, Lekstrom wrote.

His statements follow mill closures and shut-downs across the province for reasons unrelated to caribou.

Willson said industry is trying to deflect the problem of mill closures and shut-downs, widely expected to continue, due to over-cut forests, wildfires and insect and disease outbreaks.

“They caused this problem and they’re trying to deflect it onto somebody else. And the easiest target is to blame the Indians.”

In March, Horgan told reporters that the annual allowable cut would have been reduced even without the caribou agreements, noting “the beetle kill is come and gone.”

“Regardless of government changes, regardless of caribou, there is a dwindling fibre supply,” the premier noted.

Candace Batycki, B.C. program director for the Yellowstone to Yukon Conservation Initiative, said there is nothing new in Lekstrom’s report to protect caribou.

“It’s a very political report, designed to try and gain more for industry,” she said.

“It’s also, I think, designed to try to buy time in the hopes that we’ll have a different federal government.”

On Thursday, Horgan also announced that parts of the Peace would be temporarily off-limits to new resource development, as recommended by Lekstrom in his report.

But Batycki pointed out there are up to 50 existing logging permits in the areas covered by the new interim moratorium on new resource development.

“They won’t give out new permits …. but the permits that have already been approved will go ahead.”

Human disturbances, including clear-cut logging, mining and oil and gas development, have given natural predators like wolves easy access to caribou whose habitat has been destroyed or fragmented right across the country, with disastrous consequences for once-robust herds.

Ray said the draft partnership agreement with First Nations provided the ingredients for protecting caribou — initiatives such as penning, but also repairing and protecting the landscape.

“Penning and wolf-culling are not a long-term solution, she said. “It may have positive results for a while, but if you don’t repair the land at the same time there’s nothing for caribou to recover into.”

She said Lekstrom’s recommendations would strip away “exactly these repair pieces” and leave only efforts such as wolf culling, penning and feeding.

Whether or not Peace region caribou can be saved “depends on whether or not their two-year hiatus is in an effort to change and water down the agreement,” Willson said, noting the agreement was designed to minimize impacts to industry and people and to maximize the chances of protecting caribou.

The chiefs council of the Union of BC Indian Chiefs passed a resolution this week urging the B.C. and federal governments “to immediately approve, sign and begin the implementation of the partnership agreement” and to allocate resources for the work.

The council’s resolution also calls on the B.C. and federal governments to launch an investigation into “all of the forms of racism and hate speech that arose before, during and after the public engagement process” for the caribou partnership agreement.

The resolution notes that both levels of government have “thus far failed to take meaningful steps to acknowledge, denounce and prevent the spread of conspiracy theories and racist views, despite several requests made by the First Nations.”

It asks the governments to produce a public report with recommendations “to ensure that future public engagement processes on initiatives involving Indigenous peoples are designed to be anti-racist and to safeguard human rights.”

Lekstrom’s report also zeros in on the federal Species at Risk Act, noting the act does not require the federal environment ministry to take into account the need for a “full and complete” socio-economic impact analysis of what the imminent threat designation may mean to communities, industry and user groups.

“I see this as a glaring omission of something that must be part of any solution moving forward,” Lekstrom wrote. “It may mean the need for an amendment to the Species at Risk Act to include such a section.”

But Ray pointed out that socio-economic considerations are “very deliberately” taken into account under the act. “And many, many species, including caribou, have had long delays in listing decisions because of socio-economic analysis. So that is already built into the act,” she said.

“The request to wring our hands a bit more and wonder about the socio-economics at this stage defeats the purpose of what the emergency order’s all about,” she said.

Dawe said unless the partnership agreement is quickly approved she predicts Peace region caribou populations will continue to decline.

“There will be an interim moratorium but that does not prevent roads from being created,” she said.

“We know the age-old story of how roads give access to wolves and that’s literally the main cause of decline of caribou. You can still build roads in the moratorium area and you can still log all of the existing permits, which we know have been given out like candy in recent years.”

Caribou from the Klinse-Za herd in a maternity pen run by the West Moberly and Saulteau First Nations. Photo: Wildlife Infometrics
Published By

As the mining giant walks away from its controversial open pit project proposal, decades in...