The first line of a provincial announcement on new hunting rules reads: “In partnership with First Nations, the B.C. government is making changes.” But four northeast B.C. First Nations that will be particularly impacted by the province’s decision say they were left out of this partnership.

The May 19 announcement from the B.C. Ministry of Forests outlines a suite of changes to hunting regulations, including closures and reductions to moose hunting and nixing caribou hunting in the Peace River area. The government says this is needed to protect moose and caribou populations impacted by decades of heavy industrial development.

Four Treaty 8 nations — Doig River, Halfway River, Prophet River and West Moberley — claim that, despite meeting with the government in advance of this decision, their input was ignored. They say the new restrictions will have negative impacts on Indigenous and non-Indigenous residents as local hunters and outfitters were not given priority tags.

“The regulations create disproportionate impacts among Treaty 8 Nations and for local residents, and were made in a manner that undermines the new path forward that we were promised,” the nations wrote in a joint press release published May 30.

The restrictions are a stop-gap solution which will be revisited next year, according to the ministry. While the government’s announcement noted the decisions “support reconciliation,” the First Nations leaders say it will fuel division.

“The regulatory changes are a unilateral action of the minister of forests that do not reflect the proposals advanced by Treaty 8 First Nations,” Valerie Askoty, Chief of Prophet River First Nation, said in a statement. “Our proposals sought to protect our rights under Treaty 8 while balancing the interests of neighbouring resident hunters and guide outfitters.”

The Ministry of Forests did not respond to The Narwhal’s requests for comment prior to publication.

B.C. hunting rules reduce moose and caribou harvest, but fail to address other pressures on wildlife

The hunting restrictions come as the province grapples with a landmark court case that outlined the scale and source of ecosystem imbalance in the region.

Last year, the B.C. Supreme Court found the province guilty of infringing on the rights of another Treaty 8 signatory, Blueberry River First Nations, by permitting and encouraging widespread logging and oil and gas extraction to the point members could no longer exercise their rights to hunt, trap and fish. The 2021 ruling was an indictment of how B.C.’s conduct on the northeast B.C. landscape over decades piled up, impacting people, wildlife and ecosystems.

According to Jesse Zeman, executive director of the BC Wildlife Federation, these new restrictions are a response to the ruling, but the province’s focus on hunting instead of industry doesn’t add up.

“The court said, ‘Get a handle on cumulative effects’ and the province is saying, ‘Well, we’re gonna get rid of half of the hunters and half of the moose harvest … and we’re going to continue to approve projects,” he said in an interview.

Those projects, he said, include continued oil and gas extraction and construction of the Site C dam.

The Ministry of Land, Water and Resource Stewardship said it is working with Blueberry River First Nations and other Treaty 8 nations on a “province-wide regime to address cumulative effects.”

“In October 2021, we signed an agreement with Blueberry River First Nations as an important first step in responding to cumulative effects, providing stability and certainty for 195 permit holders, and supporting Blueberry with $60 million to heal the land, create jobs and protect their traditional way of life,” a spokesperson told The Narwhal in an emailed statement.

Of course, cumulative effects do include impacts to wildlife populations, but Zeman said with about 60,000 moose in the region there’s plenty of room for harvesting without it becoming unsustainable.

The way in which the regulatory changes were implemented also tips the scales in favour of hunters based in more populous parts of the province, he added. The changes include closures in some areas of the region and a shift from open season to limited entry in others. Limited entry means anyone wanting to harvest a moose, say, has to put their name into a draw and tickets are issued through a lottery system.

It becomes a numbers game, in other words.

“We have members up there who are third, fourth generation people who have large chunks of land where they can go out their back door and teach their kids how to hunt,” Zeman said.

He said the majority of hunters in the province are based in the south compared to a small fraction in the northeast. When the Peace region moves to a limited-entry hunt, “chances are most of the hunting opportunities will now flow to people who do not live in that region.”

The Ministry of Land, Water and Resource Stewardship said it could not comment directly on the new hunting regulations but noted it plans to establish regional advisory tables to work with stakeholders.

“We’ll be looking closely at measures such as improved inventory of wildlife populations and compulsory reporting data for harvested animals. This will help inform the path forward for wildlife stewardship, based on new data gathered as we monitor the impact of the interim hunting regulations that were recently announced.”

The nations don’t disagree that there are pressures facing moose and caribou — that’s why they were at the table in the first place. The problem, they say, is the province is perpetuating divisiveness.

“Our nations, alongside other Treaty 8 First Nations, engaged the province to address those impacts by closing the open seasons in a manner that would balance non-Indigenous hunting in the territory with protections for our treaty right to hunt,” they wrote in the press release. “Our preference was to shield local hunters from the effects of the closure by providing priority allocation of tags and we sought ways to permit guide outfitters to be left whole.”

Scott Ellis, executive director of the Guide Outfitters Association of B.C., told The Narwhal there’s no question the impacts of provincially approved development have changed the landscape.

But he agreed with the nations’ assessment of the changes and said it comes down to what he described as the “clunkiness” of provincial policies.

“Under the [limited-entry hunt], you’re not able to give some kind of priority to the locals within the northeast region on Treaty 8 lands,” he said. “I applaud the First Nations for trying to minimize the impact to guide outfitters and local resident hunters.”

“My fear here is this solution is very divisive,” he added. “First Nations will be blamed and that should not be the case.”

‘We need to find ways to live together’

Earlier this year, while the province was working on what the proposed changes would look like, Judy Desjarlais, Chief of Blueberry River First Nations, received a death threat. The province and the First Nations had been discussing changes to hunting regulations as part of the ongoing negotiations related to the 2021 court ruling.

“I understand that hunting is a big part of the way of life for all residents of northeast B.C., whether Indigenous or not,” Desjarlais said in a statement published at the time. “This reprehensible incident underscores the sensitivity of this subject.”

The tension between local and non-resident hunters is nothing new for those who call the region home.

“We’ve been hammered with way more hunters in recent years, as people are coming into our territory to hunt after open seasons elsewhere were shut down,” Roland Willson, Chief of West Moberley First Nations, said in a statement. “This means a huge decline in our members’ ability to successfully harvest moose in a meaningful and culturally appropriate way.”

But according to Willson, B.C.’s decision adds fuel to the fire at a crucial moment when everyone in the region, Indigenous and non-Indigenous, needs to come together and work on solutions.

“We are very unhappy that the province disregarded our recommendations and made a unilateral decision. Our friends and neighbours in the Peace should understand that we are trying to protect their interests as well as safeguarding our own Treaty Rights. In the end, all of us up here are Treaty people, and we need to find ways to live together.”

Banner: New hunting regulations for B.C.'s northeast fail to account for recommendations put forward by four Treaty 8 nations, who wanted to protect the interests of local hunters and guide outfitters.
Photo: Ryan Dickie / The Narwhal
We hear it time and time again:
“These are the stories that need to be told and you are some of the only ones telling them,” John, a new member of The Narwhal, wrote in to say.

As we mark the National Day for Truth and Reconciliation, reporter Steph Wood reflects on...

Three years into Winnipeg’s One Million Tree Challenge, the city is still cutting down more... 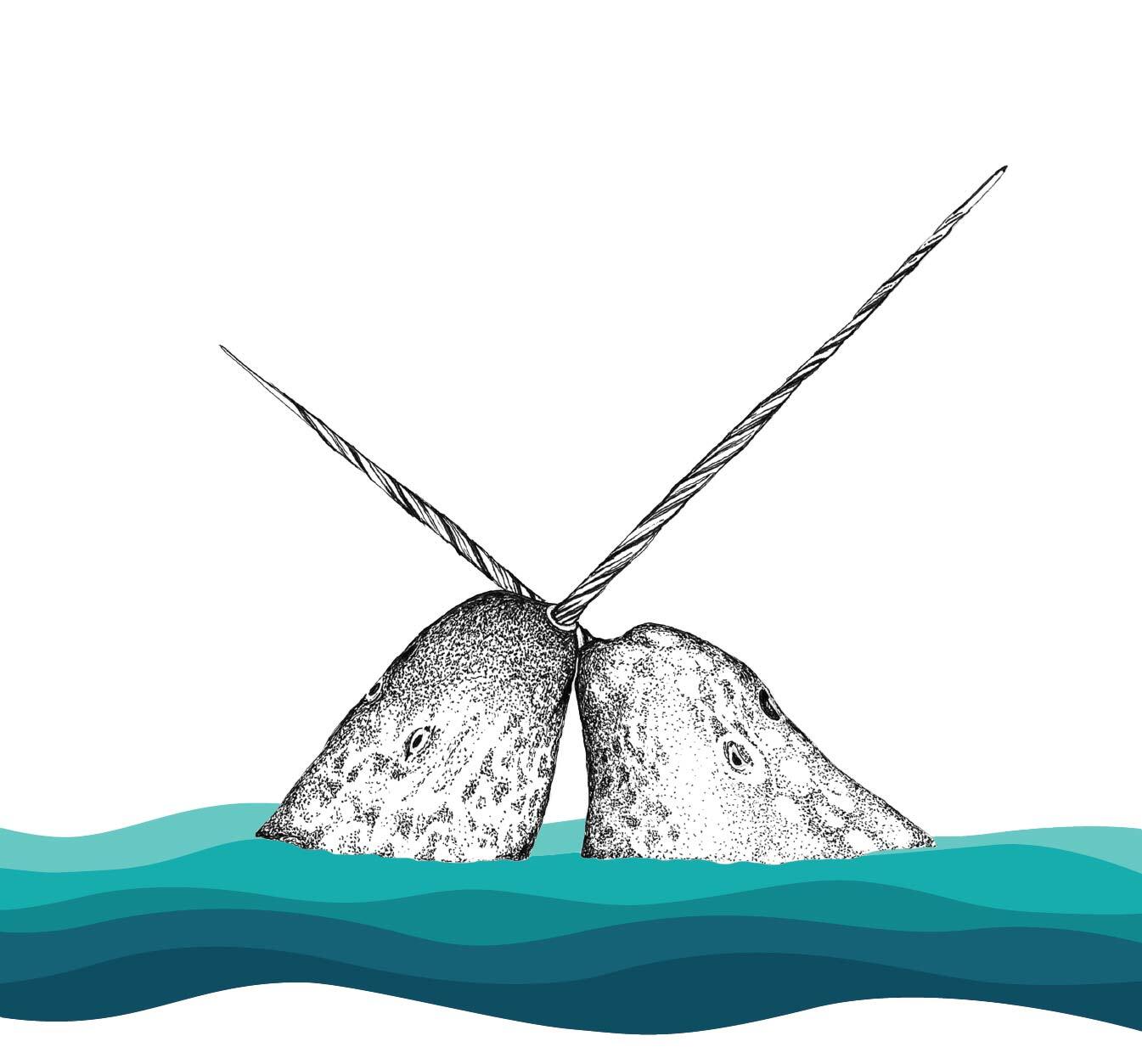 DOUBLE MY DONATION
Let’s match
Every new member between now and midnight Friday will have their contributions doubled by two generous donors.