Share
The Todagin Plateau, just north of the Red Chris mine in northwest B.C., is thought to have the world’s highest density of stone sheep. It is the traditional Tahltan hunting grounds for moose, sheep, goats and caribou. Photo: Garth Lenz / The Narwhal
In-Depth

B.C. committed to regional environmental assessments, but experts warn they might never happen

COVID-19 has delayed the Environmental Assessment Office’s work on establishing regulations for regional assessments, which will look at the cumulative effects of all past, present and future industrial projects
Matt Simmons, Local Journalism Initiative reporter
Nov 2, 2020
10 min read

At first glance, northwest B.C. is a vast wild landscape home to big forests, even bigger mountains and rich river systems that cut through the landscape. But looking closer, those forests are criss-crossed with logging roads and punctuated with massive clearcuts. Many mountains are mined for the minerals within and the watersheds are continually threatened by industrial development. Where the rivers meet the ocean, massive freight ships come and go, delivering goods from overseas and carrying materials like grain, lumber, coal and wood pellets across the Pacific.

The region is subject to a seemingly never-ending stream of proposals for mines, export facilities, processing plants and other industrial developments. The question is: can the ecosystem as a whole sustain all of these projects?

Doing a regional assessment that looks at the cumulative impacts of all past, present and future projects on the landscape could help answer that question. And when B.C.’s updated Environmental Assessment Act came into force in 2019, one of the big changes was adding a provision that allows the minister of Environment and Climate Change Strategy to order regional assessments and use those assessments to help determine whether or not individual projects should go ahead. The minister will be able to enter into agreements with other agencies or jurisdictions, including Indigenous nations, to develop, undertake and implement a regional assessment.

Another provision allows the minister to pause the environmental assessment process for an individual project while a regional assessment is conducted.

The B.C. Environmental Assessment Office is working on establishing regulations that will determine what is involved in a regional assessment, how it’s done and what happens after, but due to the pandemic, it is behind schedule. As a result, the province has yet to conduct its first regional assessment.

No one from the Ministry of Environment was able to speak with The Narwhal for this story because government communications are limited to public health and safety information and statutory requirements during the election period and until the final results of the election are determined.

Pat Moss, director of Northwest Institute, said it’s vital to consider the cumulative impacts of multiple projects given all the industrial development in northwest B.C.

“Maybe the impacts of one particular project are not so huge, but when you add them all together, it is dramatic.”

She said the combined effects of the proposed Vopak fuel export terminal, proposed Prince Rupert port expansions and proposed Telkwa Coal mine, not to mention all the other development projects on the table, would significantly alter the landscape. 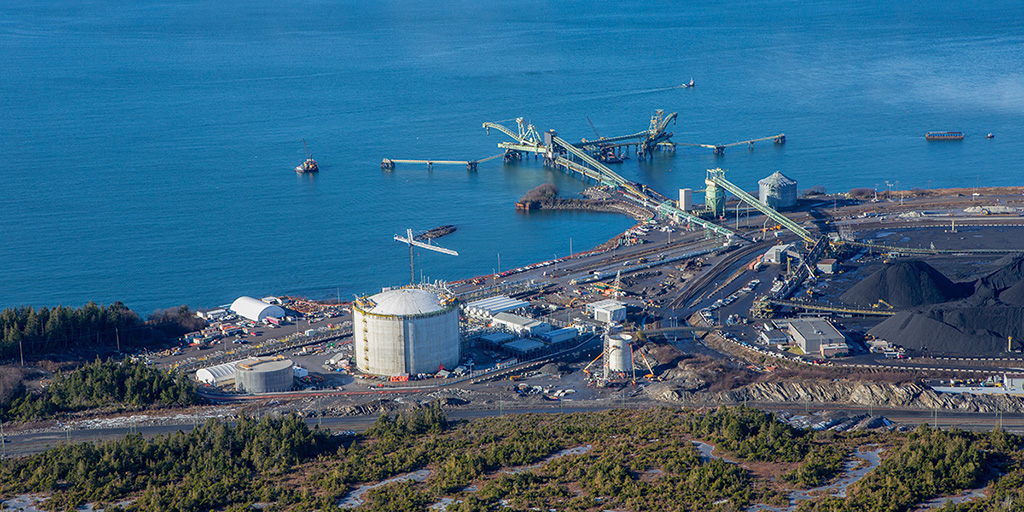 The purpose of doing a regional assessment is to get a clear picture of all existing impacts on habitat, watersheds, species and communities and create a strategy for managing the cumulative impacts of development. Armed with the knowledge of what’s out there and what’s at stake, a big-picture strategy can then be used to establish requirements for future projects.

“It wasn’t humanly possible to participate in that number of assessments,” he said. “I don’t think that we can discount how harmful that is. People feel totally shut out by virtue of the fact that our laws have not created a regime where we’re actually looking at the big picture.” 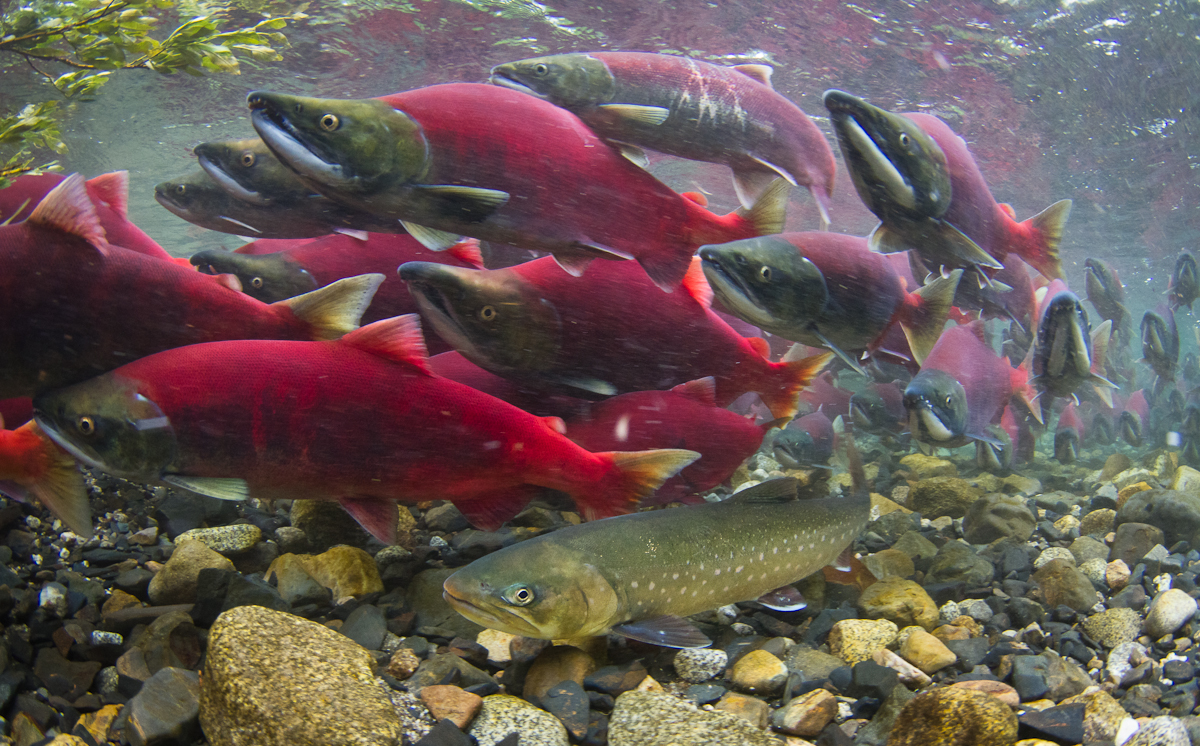 Regional assessments will look at the cumulative impact of industrial development in a region on vulnerable species such as sockeye salmon. Photo: J Armstrong / University of Washington

But Smith said the legislation doesn’t define when regional assessments must be done or stipulate that the public can formally request they be done. “Simply enabling something in law does not mean it will happen in the real world,” he said.

He also expressed concern about the wording of the legislation. It says the minister must “consider” the results of a regional assessment when making a final decision on an individual project, which means the project could still be approved even if it would contribute to cumulative impacts that are unsustainable.

“Depending on how they set things up in the regulations, that regional assessment outcome [could] be respected in project assessments but currently, there’s no promise or indication that that will be the case. So ‘consider’ is potentially beneficial or wishy-washy.”

Assessing cumulative effects could reduce the number of projects approved

Smith said the big-picture view is often overlooked by the public. “Talking about cumulative effects is always a tricky issue, in part because it’s kind of a boring sounding technical term,” he said in an interview. “It’s not a sexy topic.”

But Smith said while the term lacks pizzazz, cumulative effects describe “the lived experience that people are having with ecosystem collapse, declines in salmon harvests, increasingly severe wildfires, loss of old-growth [and] extinction of iconic species.”

He said addressing cumulative effects could help the province shift away from a history of approving nearly every project that goes through the environmental assessment process. 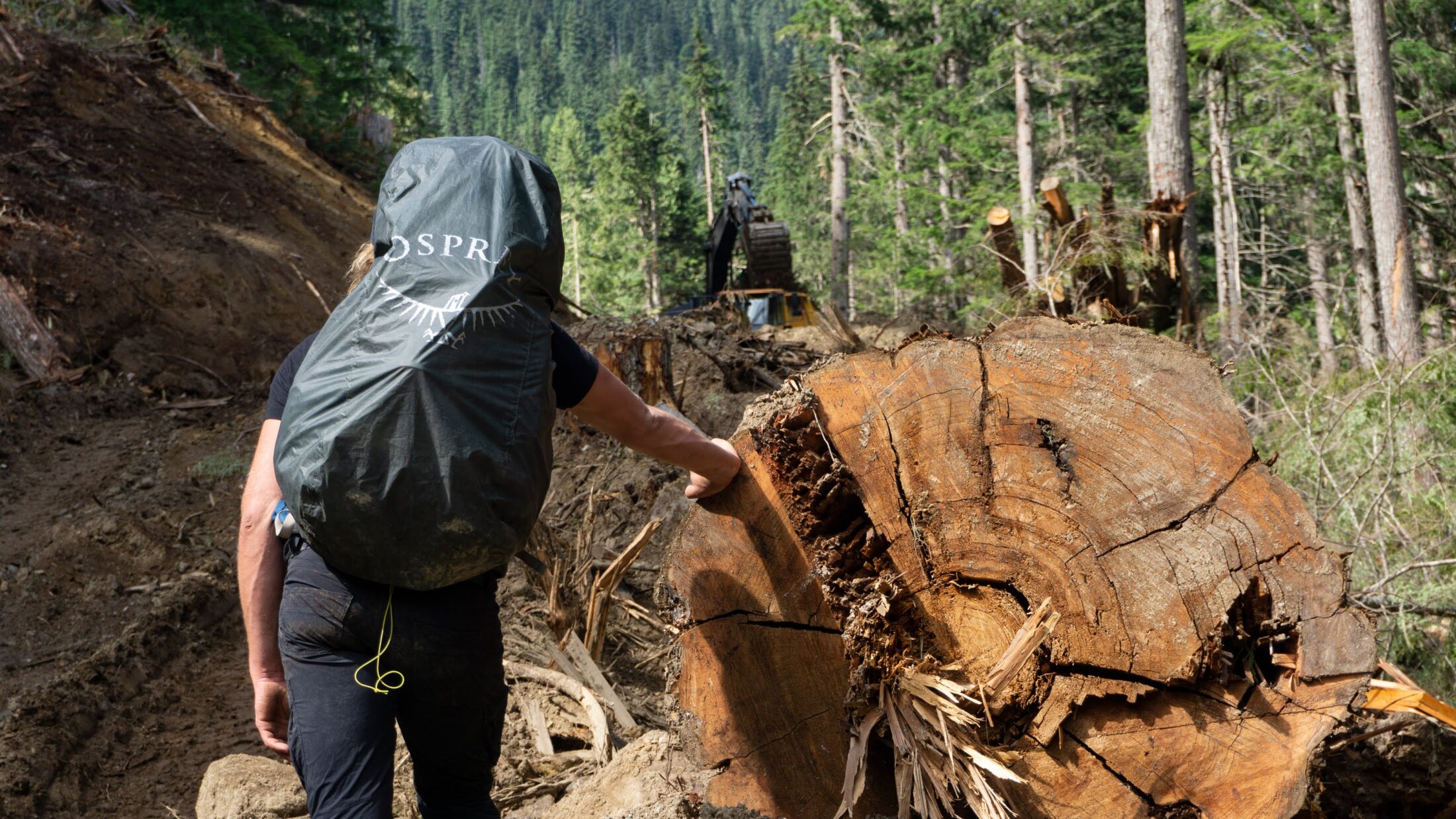 Cumulative effects describe the lived experiences of people with the loss of old-growth forests and other changes in the ecosystem. Photo: Wildsight

“One of the major issues with environmental assessment is a project-by-project or approval-by-approval approach,” he explained. “Our colonial laws were created at the outset to facilitate extraction, and then environmental protections were kind of added over time as issues came up.”

“I think a really big challenge of our time is thinking about how we can flip that so that our federal and provincial laws are first asking the question: what do ecosystems need to be healthy and support communities over the long term?”

Smith gives the provincial government credit for including the tool in the updated legislation and is hopeful it will be used correctly.

Regional assessments have the potential to include impacts on the landscape that have thus far been excluded from the environmental assessment process.

For example, rail traffic associated with projects — such as the 240 rail cars filled with combustibles that would roll through northwest B.C. daily as part of the proposed Vopak project — is not considered in provincial environmental assessments. That’s because the rail network falls under federal jurisdiction.

“The province should be able to assess the railway transport because it will result in provincial impacts,” Anna Johnston, a lawyer with West Coast Environmental Law, wrote in an email.

Moss agreed. “That CN rail line goes right through the middle of all our communities. If there was a spill or an explosion, it would have a huge impact.” 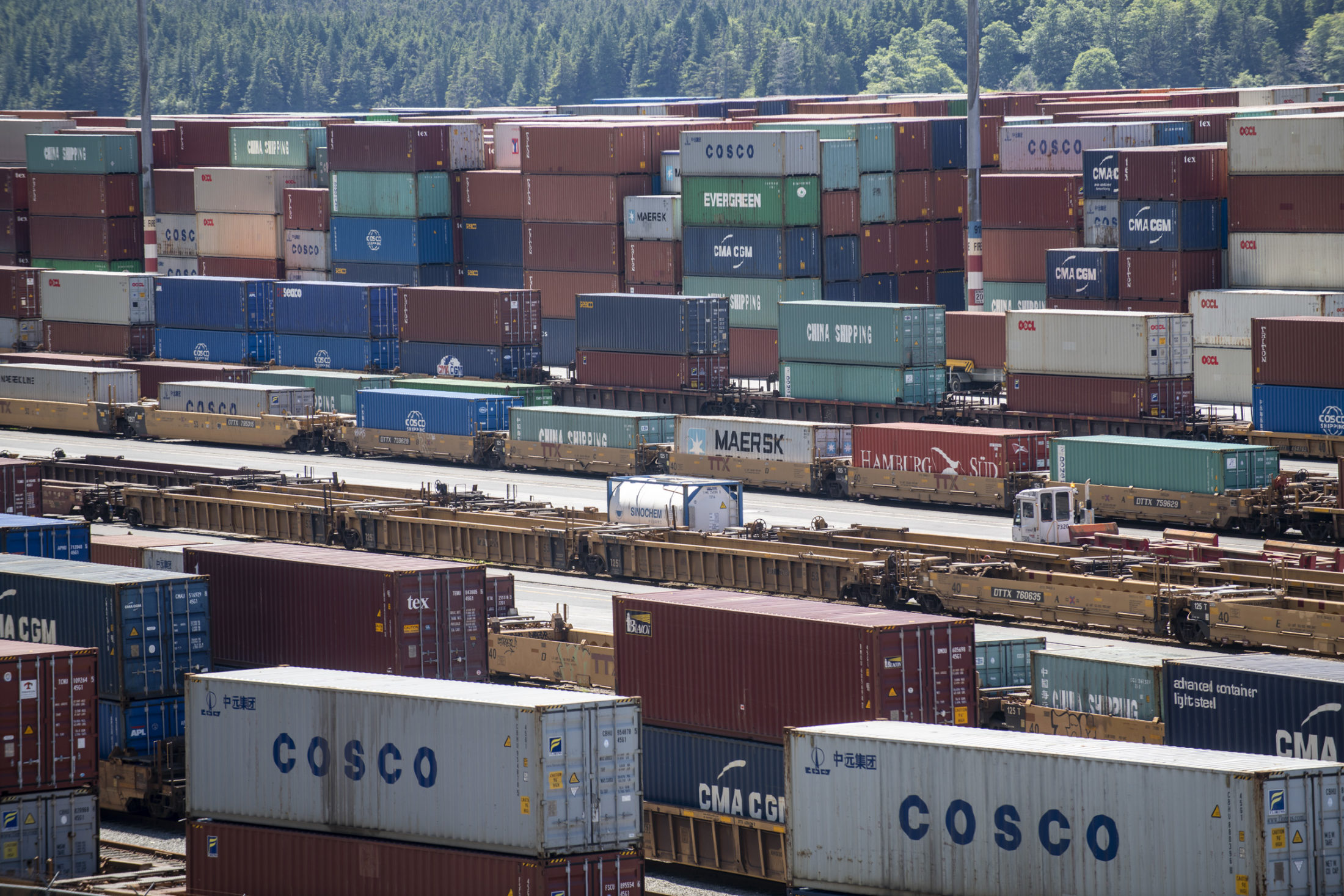 In its 2019 annual information report, CN said because of the overlap between federal and provincial jurisdictions, the company “does not apply systematically for provincial, municipal or local environmental permits for its railway operations in Canada.”

In an emailed response to questions about jurisdiction, Transport Canada said it is responsible for monitoring all federally regulated railway companies. “The department conducts approximately 33,000 oversight activities, including inspections and audits, every year.”

Neither Transport Canada nor CN would provide The Narwhal with information on how many freight cars are travelling through the region and what those cars are carrying. CN maintained that it is able to respond to emergency events “everywhere at any time.”

According to a 2019 Transportation Safety Board of Canada report, rail accidents have been steadily increasing, including major derailments and accidents involving dangerous goods. Last year, there were 15 per cent more main-track derailments than the previous 10-year average. And in the same year, there were 169 accidents that involved dangerous goods, including eight that resulted in a spill — double the number in the previous year.

The federal Impact Assessment Agency said it hasn’t done a regional assessment on rail traffic in the region.

Like B.C., the federal government committed to including regional assessments in its environmental assessment process when it updated the Impact Assessment Act in 2019.

Early this year, in response to three public requests, the federal government started conducting a regional assessment in Ontario’s “Ring of Fire,” a mineral-rich region north of Thunder Bay. The area is a hotbed of mining exploration and home to several First Nations struggling with poverty, food insecurity and lack of access to clean drinking water. The Ring of Fire also includes a vast swath of muskeg that acts as a natural carbon sink. The regional assessment has been delayed due to the coronavirus pandemic, but Smith said the government’s intent to study the region is hopeful.

In February, the federal government wrapped up a regional assessment of offshore oil exploration activities in Newfoundland and Labrador.

But Johnston said Ottawa’s review failed to recommend no-go zones for drilling activity, had serious shortcomings in its analysis of greenhouse gas emissions and was conducted on such a short timeline that public and Indigenous consultation was effectively meaningless. The comment period on the draft report closed just one week before the final 210-page report was submitted to the minister of Environment.

“To offer a comment period with no ability for those comments to influence the report is nothing short of an insult to the individuals, organizations and Indigenous groups that participated in good faith in the process.”

In the report, the committee concludes that the offshore oil and gas drilling “entail minor, localized and temporary disturbances and are unlikely to be significant with the implementation of standard mitigation measures.”

Within days of receiving the report, the Impact Assessment Agency proposed to exempt all future offshore drilling from environmental assessment “to improve the efficiency of the assessment processes of offshore oil and gas exploratory drilling.” In June, the government made the exemption official.

Smith and Johnston said this serves a warning to British Columbians. “It’s like the opposite of what you actually want to be doing,” Smith said.

The Todagin Plateau, just north of the Red Chris mine in northwest B.C., is thought to have the world’s highest density of stone sheep. It is the traditional Tahltan hunting grounds for moose, sheep, goats and caribou. Photo: Garth Lenz / The Narwhal
Published By