Laboratory testing by the B.C. government has confirmed tens of thousands of litres of bloody effluent released into the ocean from two fish processing plants contained a dangerous virus prevalent in farmed Atlantic salmon in B.C.

Two fish processing facilities that service the farmed fish industry, the Brown’s Bay Packing plant near Campbell River and the Lions Gate Fisheries plant in Tofino, were inspected by the province in early December and laboratory results confirmed the presence of piscine reovirus (PVR), the B.C. Ministry of Environment told DeSmog Canada.

Piscine reovirus, which affects 80 per cent of farmed Atlantic salmon, was first detected in B.C. fish farms in 2011 but has since been detected in wild cutthroat and steelhead trout as well as wild chinook, sockeye coho and chum salmon. The virus is linked to a host of health problems for fish, including heart and skeletal muscle inflammation and haemorrhages in the internal organs.

At the time of filming, Campbell gathered samples that the Atlantic Veterinary College found to contain piscine reovirus. The province has now confirmed those findings.

“I would have been surprised if they didn’t find it,” Campbell told DeSmog Canada.

An while he’s glad government is committed to reviewing the fish processing plants, Campbell said the threat of viral infection for wild salmon starts with the fish farms themselves.

“Certainly these plants are one source of infection for wild salmon. They need to be dealt with,” Campbell said. “But it’s really not good enough while there’s all these infected fish in the water just up the passage.”

B.C. has experienced a surge of public opposition to fish farming in recent months. Several First Nations, which have been occupying fish farm operations in the Broughton Archipelago since September, met with provincial cabinet ministers last week to discuss whether or not the government will renew aquaculture tenures for major farmed salmon producers, Marine Harvest and Cermaq.

There are currently 109 fish processing plants in B.C., 28 of which have provincial permits under the Environmental Management Act to release effluent into ocean waters.

The provincial discharge permit for the Brown’s Bay Processing plant, obtained by DeSmog Canada, shows that in 1989 the province granted the facility permission to release 28,000 litres of effluent every day.

“British Columbians expect their government to ensure any discharge into the water is safe, and does not threaten wild salmon,” B.C. environment minister George Heyman said in a statement provided to DeSmog Canada.

“The previous government ignored the issue and failed to update regulations or even regularly conduct inspections,” Heyman said.

The most recent inspection of the Brown’s Bay facility occurred in 2013.

“That isn’t good enough, and that is why, in December I announced an immediate review of fish processing plants, which will include audits of 28 facilities, as well as strengthening requirements to ensure wild salmon are protected,” Heyman said.

The province will review whether effluent released from the 28 plants is causing harmful pollution, whether the current permits contain provisions to protect the environment, whether permit holders are in compliance with existing rules and whether or not the rules set out in the permits reflect best practices to protect wild salmon stocks.

Michael Price, salmon researcher and PhD candidate at Simon Fraser University, said while he isn’t surprised government has confirmed the presence of piscine reovirus in bloodwater, he is surprised it has taken so long for B.C. to address the release of untreated effluent into fish habitat. 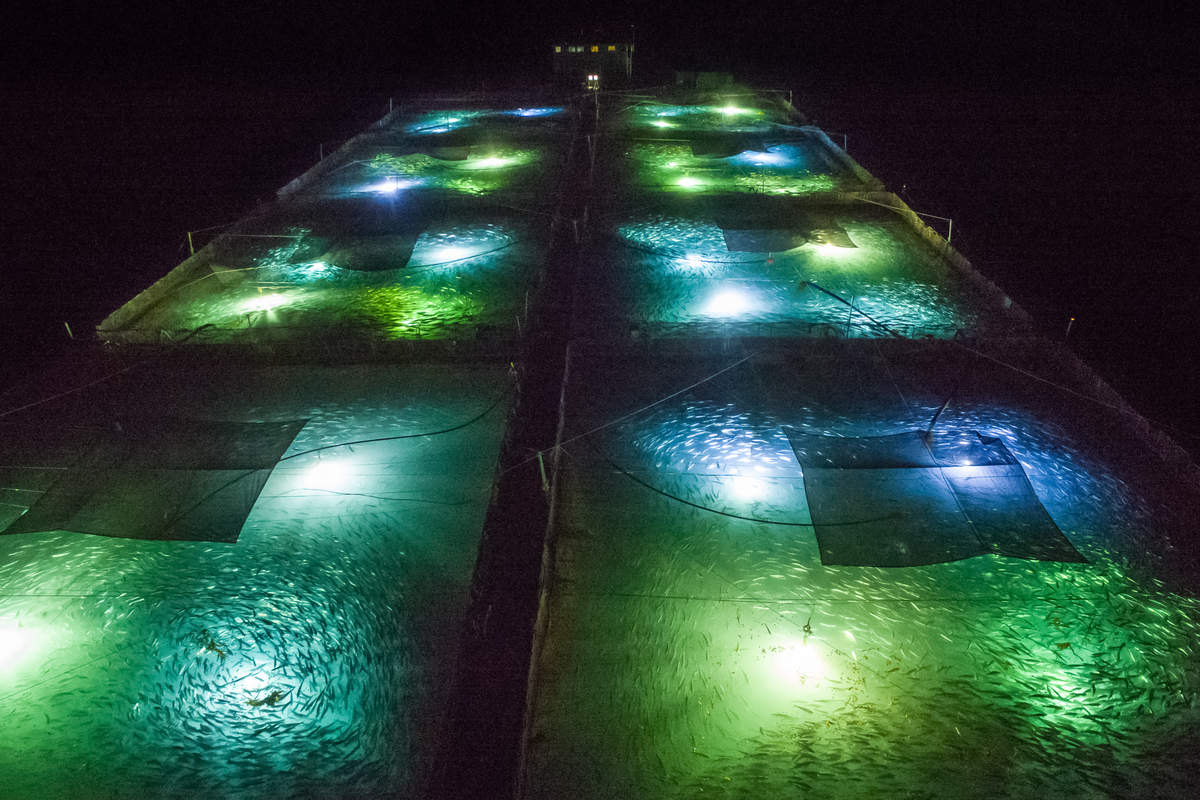 Price conducted research in 2010 that found effluent from facilities processing farmed fish contained live sea lice and viable sea lice eggs, which indicated the discharge was not being treated to kill pathogens. His research further found the release of sea lice-laden effluent was occurring in sockeye salmon migratory routes and rearing habitat.

“That to me is probably the most frustrating. Many of us have had concerns that virulent pathogens are being distributed into nursery waters of juvenile salmon for nearly eight years now,” Price told DeSmog Canada.

Effluent released from fish processing plants is also not screened to limit the amount of tissue of infected fish being released into the ocean, Price said.

“And we know this is exactly how pathogens are transmitted: through mucus and slime and the tissue of infected fish.”

The release of untreated effluent is not permitted in European countries where fish farming takes place, Price noted.

“They have biosecurity practices in place in Scotland, Norway, other countries where there’s an aquaculture industry. These farmed salmon companies know this, these are the rules they play by there,” Price said.

“And we know this is exactly how pathogens are transmitted: through mucus and slime and the tissue of infected fish.” https://t.co/yMXxoiUW0K

On February 2, the federal government announced an independent expert panel would review the farmed fish industry and make recommendations “on the appropriate use and consideration of scientific evidence in protecting the marine environment in decision-making on aquaculture.”

The panel will be led by Canada’s Chief Science Advisor, Dr. Mona Nemer, who will deliver a final report to fisheries minister Dominic LeBlanc and science minister Kirsty Duncan. The report will also be made publicly available.

“We look forward to the recommendations of the panel led by the Chief Science Advisor on how science can be better applied to decision making and communicated to the public in support of sustainable aquaculture,” he said in a statement.

Price, who has published research on the federal government’s failure to monitor B.C.’s wild salmon stocks, said he is uncertain about the intended outcome of the new expert panel.

Price said many of the 75 recommendations made by the 2012 Commission of Inquiry into the Decline of Sockeye Salmon in the Fraser River, headed by Justice Bruce Cohen, have yet to be followed.

“I don’t think we want to waste taxpayer dollars repeating that proces,” Price said. “I would think that first step would be to implement the recommendations of this inquiry when it comes to aquaculture.”

Banner: Tavish Campbell near a fish processing plant effluent pipe as it releases 'bloodwater.' Photo: Tavish Campbell
We hear it time and time again:
“These are the stories that need to be told and you are some of the only ones telling them,” John, a new member of The Narwhal, wrote in to say.