Canada quietly made way for the use of a chemical dispersant, known as Corexit, in the event of an oil spill in water — despite a growing body of research documenting the hazards of doing so
By Kate Logan and Chris Genovali
Share
A U.S. Air Force chemical dispersing C-130 aircraft from the 910th Airlift Wing drops an oil dispersing chemical into the Gulf of Mexico as part of the Deepwater Horizon Response effort May 5, 2010. Photo: Technical Sergeant Adrian Cadiz / U.S. Air Force

The Husky Energy oil spill in Newfoundland is a wake-up call for British Columbians as the National Energy Board conducts yet another review of the Trans Mountain expansion project.

The east coast spill brings into sharp focus significant questions regarding the limitations of oil spill cleanup and recovery. It’s also a reminder of the very real possibility that an oil spill in a marine environment off the coast would be treated with Corexit, a chemical dispersant that would make a real-time experiment of us all — humans and non-humans alike.

In June 2016 the federal government quietly approved the use of Corexit 9500, a substance which Trans Mountain indicated in their submission to the National Energy Board they would consider using in the event of a marine oil spill off the B.C. coast.

The intended purpose of dispersants like Corexit 9500 is to break up oil slicks on the water’s surface by increasing the rate at which oil droplets form and move into the water column.

Chemical dispersion does not reduce the amount of oil entering the marine environment; rather, it aims to change where the oil goes and how quickly it gets there.

The idea is to turn the oil into small droplets which are more easily degraded by naturally occurring microbes, but it turns out that this plan may backfire.

In research conducted following the Deepwater Horizon disaster in the Gulf of Mexico, Corexit was found not only to be toxic to naturally occurring microbes that can degrade oil, but to actually suppress their oil-degrading ability.

There are significant concerns about the use of Corexit on a spill of diluted bitumen (dilbit), a blend of bitumen and chemicals, which would be carried by the expanded Trans Mountain pipeline.

Corexit’s effectiveness in dispersing dilbit is unproven at best, and a growing body of research indicates that Corexit is toxic to fish, wildlife, and humans.

Past experience on the B.C. coast has taught us that the rough conditions commonly encountered can render traditional oil spill cleanup methods — booms and skimmers — not just ineffective, but unusable.

Further, in their application to the National Energy Board, Trans Mountain noted that diluted bitumen can submerge in the water column and sink, thereby “reducing the effectiveness of a conventional spill response.”

In general, chemical dispersion is much less effective on weathered oils than on fresh oils.

Because the lighter components of dilbit weather so rapidly (through processes such as evaporation), the window during which chemical dispersion may be effective is significantly smaller than it would be for conventional crude oils.

Both Trans Mountain and Environment Canada examined the efficacy of dispersants on dilbit.

Environment Canada found that in breaking wave conditions, dispersants were able to disperse less than half of the dilbit released into the water. In non-breaking waves, dilbit was not affected at all by dispersant application. The report concluded that the physical properties of dilbit “limit the effectiveness of currently-available spill treating agents.”

The risk would be magnified in the event that weather conditions prevented the use of booms and skimmers and dispersant was the only feasible option.

As noted, Corexit can also be toxic to wildlife.

For some species, such as herring embryos, toxicity occurs because Corexit does what it was designed to do: increase the concentration of petroleum hydrocarbons in the water column.

However, there is also a growing body of research, much of it conducted in response to the Deepwater Horizon disaster in 2010, which suggests that there is something else going on.

During this catastrophic spill, BP applied almost 7 million litres of Corexit, essentially turning the Gulf of Mexico and its human and wildlife inhabitants into an experiment on the short- and long-term effects of dispersant mixed with oil. 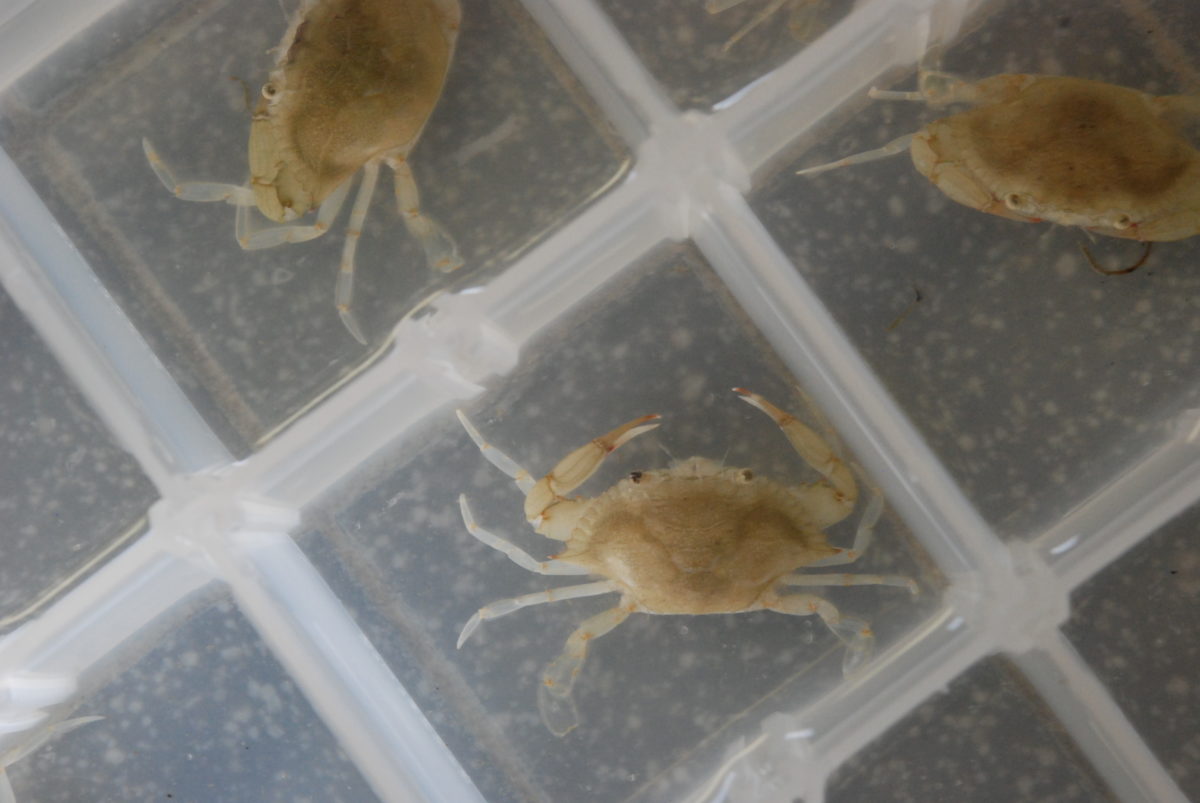 Even at that time, there were concerns about the toxicity of Corexit: U.S. EPA administrators instructed BP to switch to a less toxic dispersant, but the company indicated that the alternatives were unsuitable and continued to use Corexit.

Now, research is showing that not only is Corexit itself toxic, but that a combination of Corexit and oil can be far more toxic than either product alone.

In fact, in marine plankton, Corexit and oil together caused toxicity up to 52-fold higher than oil.

This increased toxicity is due in part to the fact that dispersants can increase the exposure of fish and wildlife to the toxic parts of oil, to the extent that toxicity to rainbow trout embryos increased up to 300 fold. 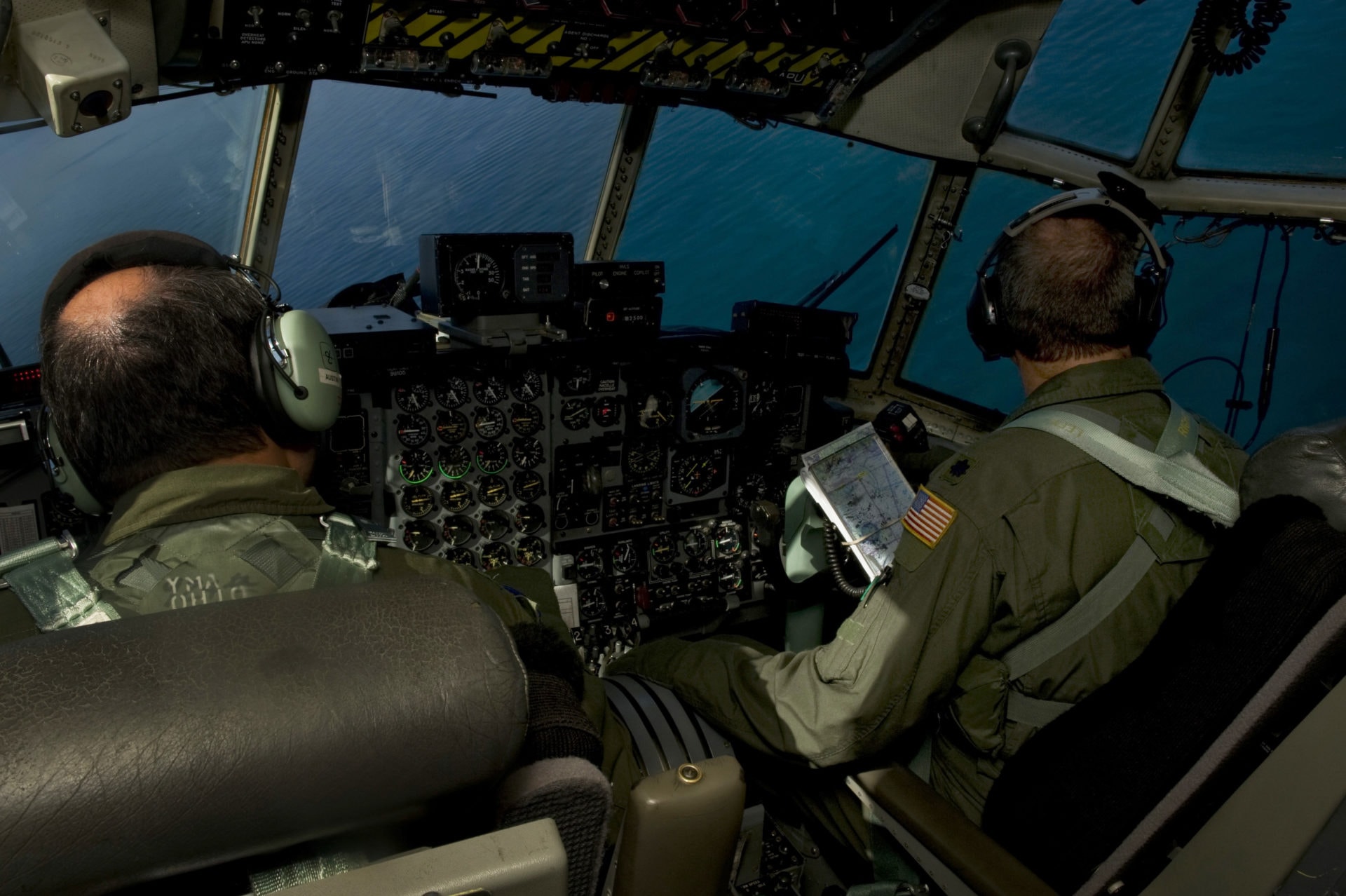 However, some of the toxicity of Corexit 9500 also appears to be due to the surfactants it contains. One of these, known as DOSS, was found to be more toxic to the cells of rainbow trout than Corexit as a whole, while others (e.g. Tween 80 and 85) were also toxic, interfering with the ability of cells to metabolize petroleum hydrocarbons.

The combination of spilled dilbit and dispersants has the potential to negatively impact B.C.’s marine mammals, including endangered killer whales.

Trans Mountain vs. killer whales: the tradeoff Canadians need to be talking about

Following the Deepwater Horizon disaster, 101 cetacean carcasses that washed up on the northern shores of the Gulf of Mexico were associated with spilled oil, although estimates of the actual number of mortalities ranged up to 50 times higher.

For cetaceans, which must surface to breathe, the inhalation of evaporating toxic components of dilbit combined with airborne Corexit 9500 poses a serious risk.

Humans are at risk too.

Workers attempting to clean up the Deepwater Horizon spill experienced coughing, wheezing, eye, skin, and lung irritation, nausea, vomiting, and rashes, with some continuing to experience symptoms over a year later.

In Coast Guard personnel who assisted with clean up, dispersant exposure was linked to acute respiratory symptoms. In addition to its own toxicity, Corexit can also increase exposure to the toxic components of oil by creating oil particles so fine that they can become airborne and enter the lungs. 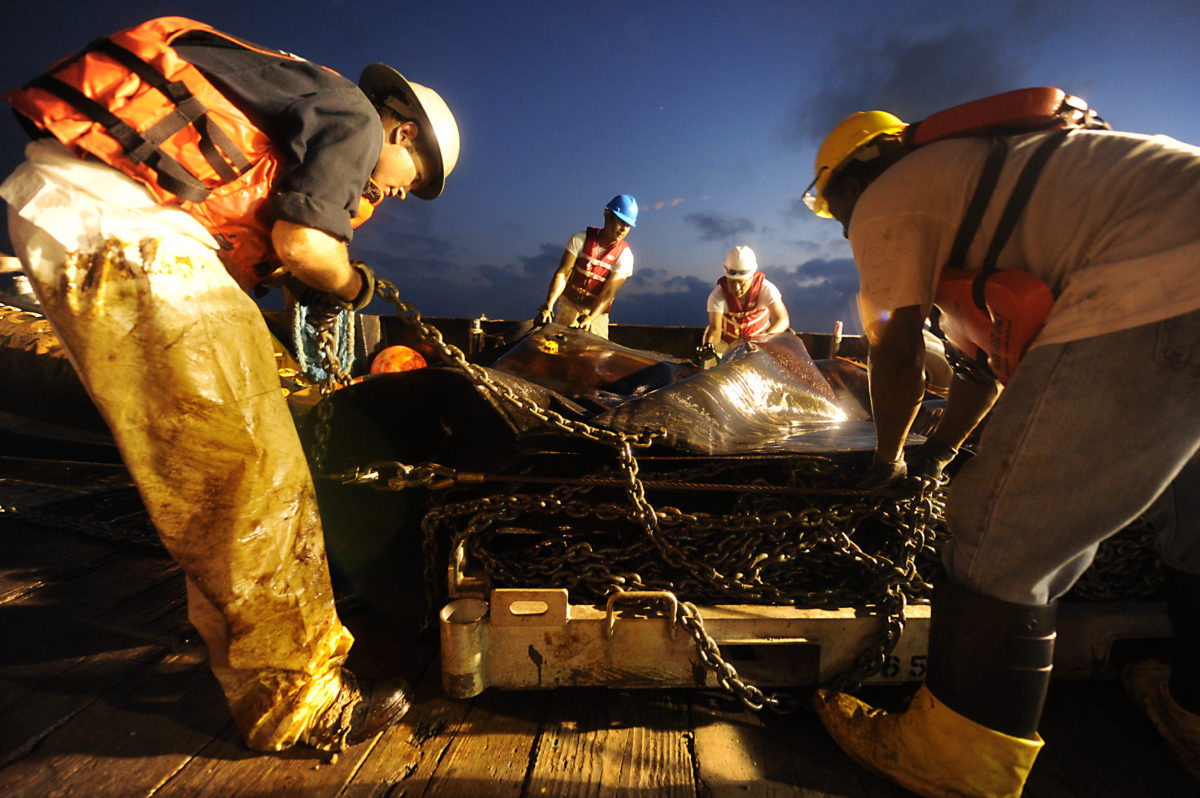 This airborne mixture of oil and dispersant can travel up to 80 kilometres.

In Sweden and the U.K., Corexit has been banned due to the risk it poses to workers.

What stands out from this growing body of research is how poorly we understand the toxicity of dispersant combined with any type of oil.

There are a vast number of potential toxicity scenarios, depending on the chemicals present, exposure routes, weather conditions, and species, among many other variables.

Almost three decades ago, researchers warned about these complexities, stating that “rigorous toxicological comparison of untreated and dispersant-treated oil is complicated by the fact that when oil, sea water, and dispersants are mixed, a complex multiphase system results. In this complex system, aquatic organisms can be exposed to many toxicants, in many forms, which can have several modes of action.”

Why is Corexit on the table?

Why, then, would the federal government even attempt to pursue the Corexit route?

The answer may be largely a question of optics.

Undispersed oil can eventually reach shorelines, coating birds and mammals while creating a public relations nightmare for the government of Canada, the new owner and operator of the Trans Mountain pipeline and oil tanker project.

Banner: A U.S. Air Force chemical dispersing C-130 aircraft from the 910th Airlift Wing drops an oil dispersing chemical into the Gulf of Mexico as part of the Deepwater Horizon Response effort May 5, 2010. Photo: Technical Sergeant Adrian Cadiz / U.S. Air Force
We hear it time and time again:
“These are the stories that need to be told and you are some of the only ones telling them,” John, a new member of The Narwhal, wrote in to say.

Chris Genovali
Chris Genovali has served as executive director of Raincoast Conservation Foundation for more than 15 years. His articles on wildl...