Climate policy should reflect the resilience of northern Indigenous communities

Canada can do that by integrating Indigenous knowledge and social capital in our climate policy framework
By Mylène Ratelle and Francis Paquette
Share
Residents from Fort Good Hope check their winter beaver traps. Photo: Pat Kane

This year, Canada experienced record-breaking temperatures across the nation, with a larger increase above normal temperatures in the north than in the south. Canada’s annual average temperature has warmed 1.7C since 1948, but in northern Canada it has increased by 2.3C.

The Canadian North is feeling the impacts of climate change more acutely than the rest of the country. And Indigenous communities, representing half of the residents of the three Canadian northern territories, are the most vulnerable to these climate changes.

Northern populations have observed landscape and natural resources changes like permafrost thaw, shifts in wildlife and plant diversity, and changes in water and food quality.

Indigenous knowledge is an essential asset for communities to adapt to climate change, by knowing the land, using the local natural resources, sharing capital, and taking a community approach to local issues. But it is well documented that the most vulnerable communities across the globe are excluded from decision-making processes and thus marginalized.

‘Beyond what our instruments can tell us’: merging Indigenous knowledge and Western science at the edge of the world

Indigenous groups in northern Canada, with their traditional interpersonal networks and social initiatives, seem to have developed a unique structure to cope with climate change and environmental stressors without relying on federal or local policies and infrastructure. Based on this, it seems that one way to enhance peoples’ resilience to climate change is to improve the social capital — or social networks — of populations.

Social capital as a concept is not new. American political scientist Robert Putnam helped to popularize the term in the late ‘90s. Basically it is the creation and maintenance of healthy social contacts that can improve the “flow of information, trust, reciprocity, co-operation and productivity” within communities.

Knowing neighbours and exchanging various favours is a component of social capital.

This understanding of social cohesion is also used in epidemiology, public health, resource distribution and environment policy studies. The World Health Organization uses the concept of social capital to increase participation in its programs across the globe. The Canadian government also tracks trends in social capital.

The acknowledgement of the value of social networks can bring insights into how federal and local governments can guide climate change adaptation initiatives. 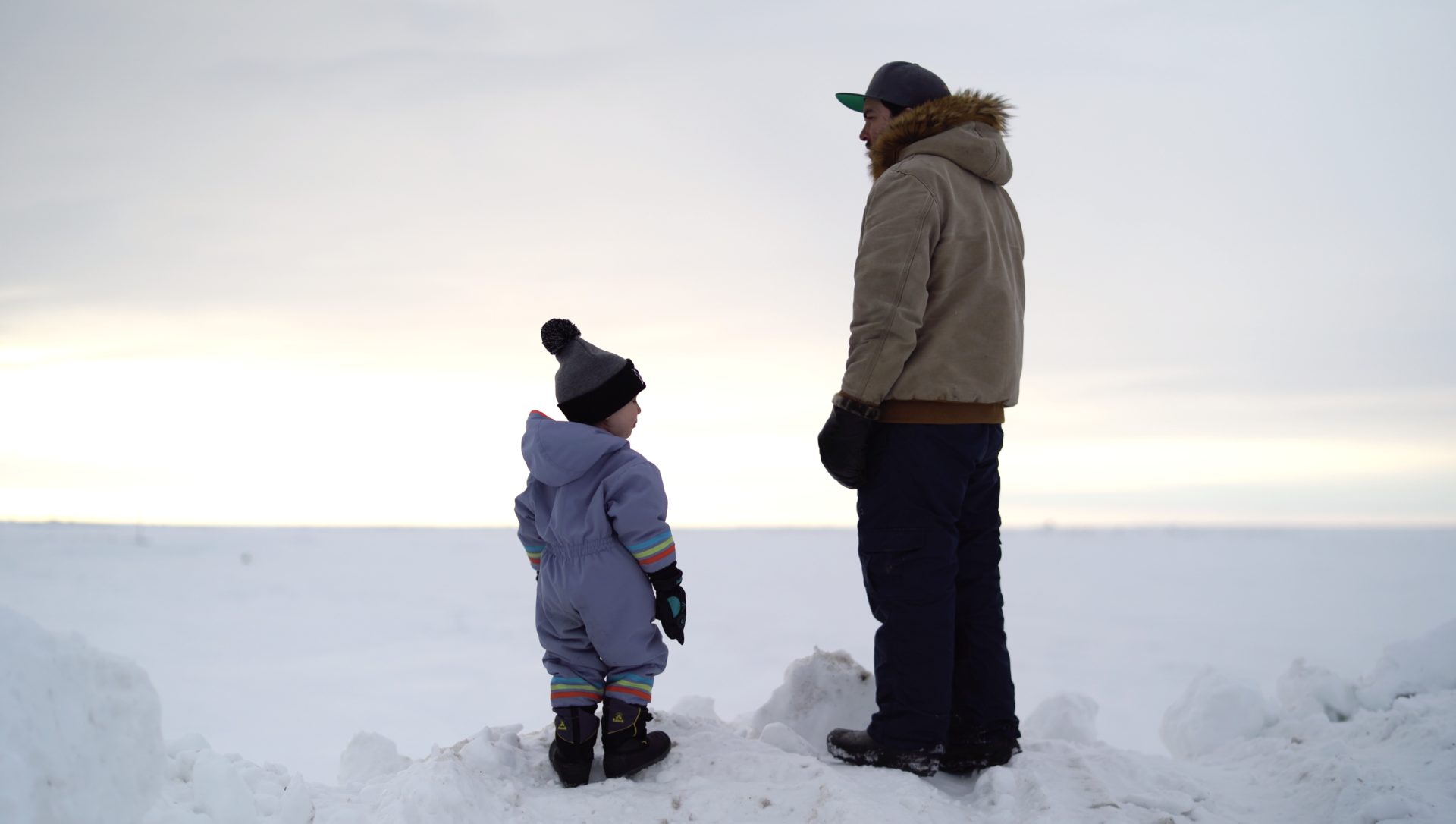 Nooks Lindell looks out over the frozen Hudson Bay in Arviat, Nunavut, with his son Nipi. Photo: Jimmy Thomson / The Narwhal

The social capital scores collected by the Canadian government are usually visualized as a scale but it does not include the nuances of the northern regions. On the scale, the Maritime and Western provinces score higher than inland provinces. Québec has the lowest score in Canada.

The differences in climate policies across Canada might be due to the regional environmental challenges, but they are also altered by the different geopolitical, social, cultural and historical contexts, which affect social capital.

Small communities tend to have strong social capital, which can be seen when neighbours cut wood for elders or hunters bring meat for single mothers. Indigenous holistic approaches highlight the importance of the connection with the land, which impacts hunting methods and includes knowledge of medicinal plants.

One study shows how traditional social structures have deeply embedded food redistribution procedures that have adapted through history. Such redistribution of resources is not found among most southern communities in Canada.

Canada’s actions for climate changes neither mentions food security nor resource redistribution. Also, although the World Bank and the World Health Organization have developed a set of tools to assess social capital to increase the level of participation of everyday citizens, Canada has yet to adopt social capital in its approach to climate change adaptation. 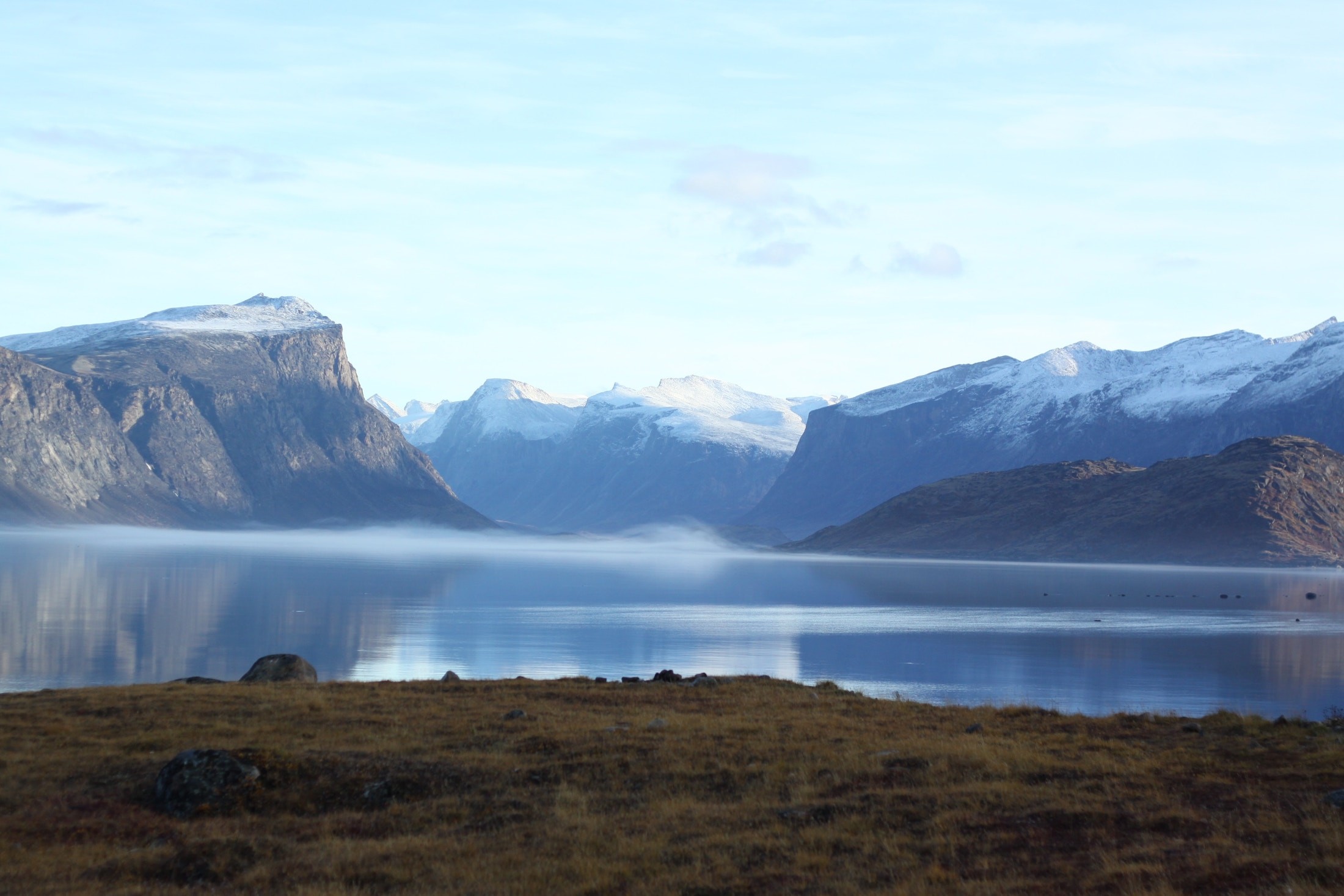 At best, Canada’s climate framework recognizes the North is particularly vulnerable to the impacts of climate change.

But Canada should learn from the experiences of northern communities and integrate social capital in its policy framework. While the North might be the most affected by climate changes, its resilience might also be the highest.

Mylène Ratelle
Mylène Ratelle is an adjunct Professor, School of Public Health and Health Systems at University of Waterloo....