Food is at the heart of our cultural lives. It’s not just sustenance—it’s part of how we celebrate, how we mourn and how we come together. But what happens when the food that defines us begins to disappear?

According to the Intergovernmental Panel on Climate Change’s fifth assessment report released in March, climate change is already having an affect on food security. Extreme weather in “key producing regions” has already led to drastic jumps in food pricing. In cities we are padded from these effects by long supply chains, but not so in places like Hartley Bay on the northern coast of British Columbia.

“We depend on the sea so much for our food,” says Gitga’at Chief Ernie Hill, the principal of Hartley Bay Elementary/Junior High/Secondary School who has spearheaded efforts there to document and teach traditional indigenous harvesting practices.

Spring is harvest season around Hartley Bay, he says. Starting in April, when the clear weather coincides with low tides in the morning, families from the Gitga’at Nation travel to nearby islands where they collect seaweed and lay them to dry for the day in the warm sun. While the grown-ups harvest, the little ones scrape sea prunes, large shelled mollusks also known as chitons.

Now at the age of 73, Hill is no longer able to perch on the slippery rocks to harvest the seaweed, but he’s still committed to passing that tradition on to younger generations. He learned to harvest and prepare traditional foods such as seaweed, halibut and clams when he was a child, and over the years, he has passed that knowledge on to both his children and grandchildren.

Now, with the help of his students, members of the community, and “world class” videographers, he’s been steadily building a library of short documentaries that record traditional food gathering practices so they can be shared long after his generation is gone.

Through the ministrations of community elders like Hill and Helen Clifton, who just received a BC Community Achievement Award, the practices have endured as a way to bring families together much as they did before colonization disrupted lives. They also provide a respite from the rising price of importing food to the remote community, and the nutrient rich traditional diet helps to combat rising levels of diabetes caused by sugar-rich processed foods.

The trouble is that, because of climate change, nature is no longer cooperating the way it once did. According to Clifton, who co-authored a paper on the subject of environmental change with University of Victoria researcher Nancy Turner, weather in the region has been progressively less reliable over the last two decades. Unseasonable spring rains have obstructed the seaweed drying process. Frost and snow have damaged the plants. 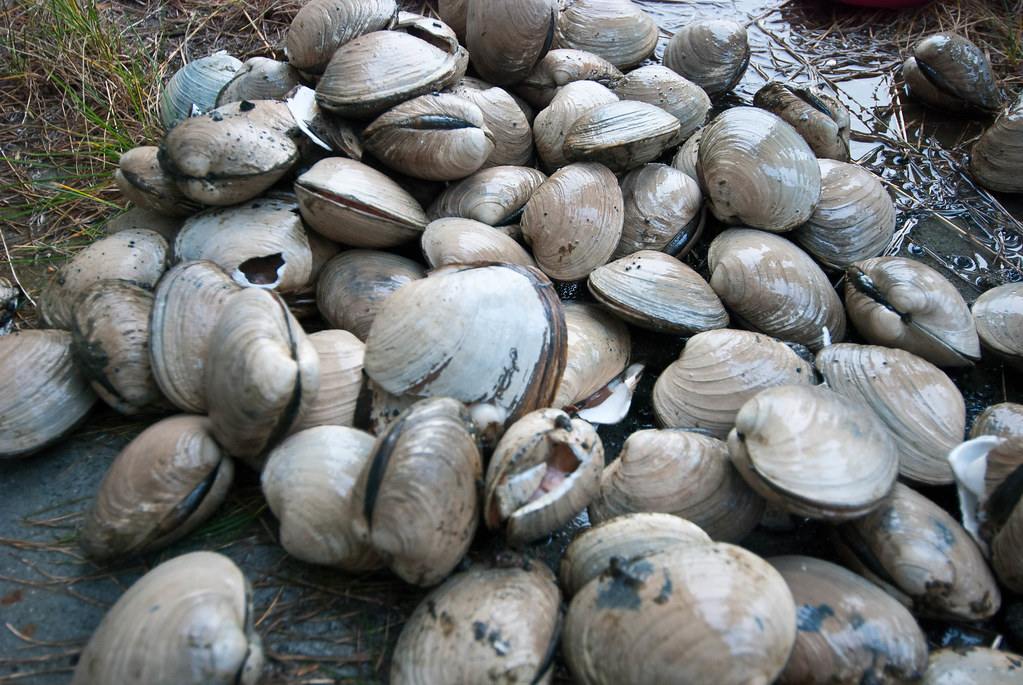 And it’s not just seaweed—the rains have impeded the curing of halibut, disrupted pollination cycles and caused berries to grow so over ripe as to be inedible. For the last year the community has also been warned against harvesting clams because levels of toxins leading to paralytic shellfish poisoning (PSP) were more than twice normal. Hill says tests pinned the problem on a rise in pH level, which could be due to climate change—because the water is getting warmer, it can no longer hold as much oxygen.

Seeing that gradual decline in harvest, the Gitga’at Nation decided to contract sustainability experts from EcoPlan International to aid in the testing and planning process. Analyst Colleen Hamilton presented the work they had been doing at the most recent Livable Cities Forum in Vancouver.

Their goal, she said, was to corroborate local observations with science that would help further conversations already happening within the community. “The first thing we did when we started this project was go into the community and talk to people about all the weird things they were seeing.”

What the group found was that although the challenges were huge, the community was already making some moves to adapt by constructing buildings for drying halibut indoors and setting up freezers at the seaweed harvest sites to preserve it through the rain.

Another idea that came up was to shift focus onto other traditional foods that might better season the changes in temperature. There may be no clams this year, but there were mussels and cockles. Although the Gitga’at Nation is staunchly opposed to fisheries, which Hill says do more harm than good, the group has been experimenting with growing oysters and scallops that may deal better with the new conditions.

The resilience of the Gitga’at Nation, built up over a thousand years of observing and adapting to our planet’s shifts, may offer a road map to other communities dealing with climate change. According to a 2012 report for the United Nations Educational, Scientific and Cultural Organization (UNESCO), “Indigenous peoples have long and multi-generational histories of interaction with their environments that include coping with environmental uncertainty, variability and change. They have demonstrated their resourcefulness and response capacity in the face of global climate change.”

Still, it’s a slow, sometimes disheartening process, one that has been interrupted by the fight against the Enbridge Northern Gateway pipeline proposal which poses a much more immediate threat to traditional waters.

Another unexpected challenge to the process has been massive funding cuts in the Department of Fisheries and Oceans (DFO). Since 2013, maintaining fish habitats is no longer part of the purview of the DFO. In the region around Hartley Bay, that has meant a suspension of water testing which was providing valuable clues about future avenues for adaptation.

“It’s such a strange thing for Harper taking the habitat out of the DFO,” Hill says. “It would have been interesting if the testing had continued over time. Then we would have known exactly what is happening.”

Erika Thorkelson
As a freelance writer, Erika Thorkelson is dedicated to showcasing compelling stories that illuminate our world and how we live. H...