In the first public update on the troubled Site C dam since last July, B.C. Premier John Horgan’s surprise announcement about a proposed fix to geotechnical problems raised yet more questions about the viability of the over-budget project

By Sarah Cox
Share
Premier John Horgan said during a press conference that he would not be making any decisions on whether to cancel the Site C dam until he received two commissioned expert reports. Photo: Province of B.C. / Flickr

The B.C. government has commissioned two expert reports to determine if BC Hydro’s proposed solution to the Site C dam’s geotechnical problems is safe, Premier John Horgan disclosed at a press conference on Thursday.

Horgan said the government will not make a decision about whether or not to cancel the publicly funded hydro project on B.C.’s Peace River until it has the two reports in hand.

“They’ll be made public when we have them, and when cabinet’s had an opportunity to digest them.”

The Premier said there are several “decision points ahead” for cabinet, but did not elaborate on what they are or when the safety reports may be delivered.

“Before we release information to the public, we want to make sure we have all of the details,” he said in response to questions from Vancouver Sun columnist Vaughn Palmer. “We do not want to have half-measures at a critical point in a large industrial project that is well advanced.”

BC Green Party leader Sonia Furstenau said she was very surprised by Horgan’s “almost off the cuff” news that BC Hydro had proposed a new solution to the dam’s geotechnical problems and that the government had commissioned two safety reports to review it.

Horgan did not provide any information about the proposed solution, and BC Hydro has failed to file two quarterly reports with the B.C. Utilities Commission that would typically include such information.

“This just compounds the whole astonishing level of secrecy, lack of transparency, lack of clarity on how this government is handling this project and meanwhile, day after day, millions and millions of dollars pour out,” Furstenau told The Narwhal. 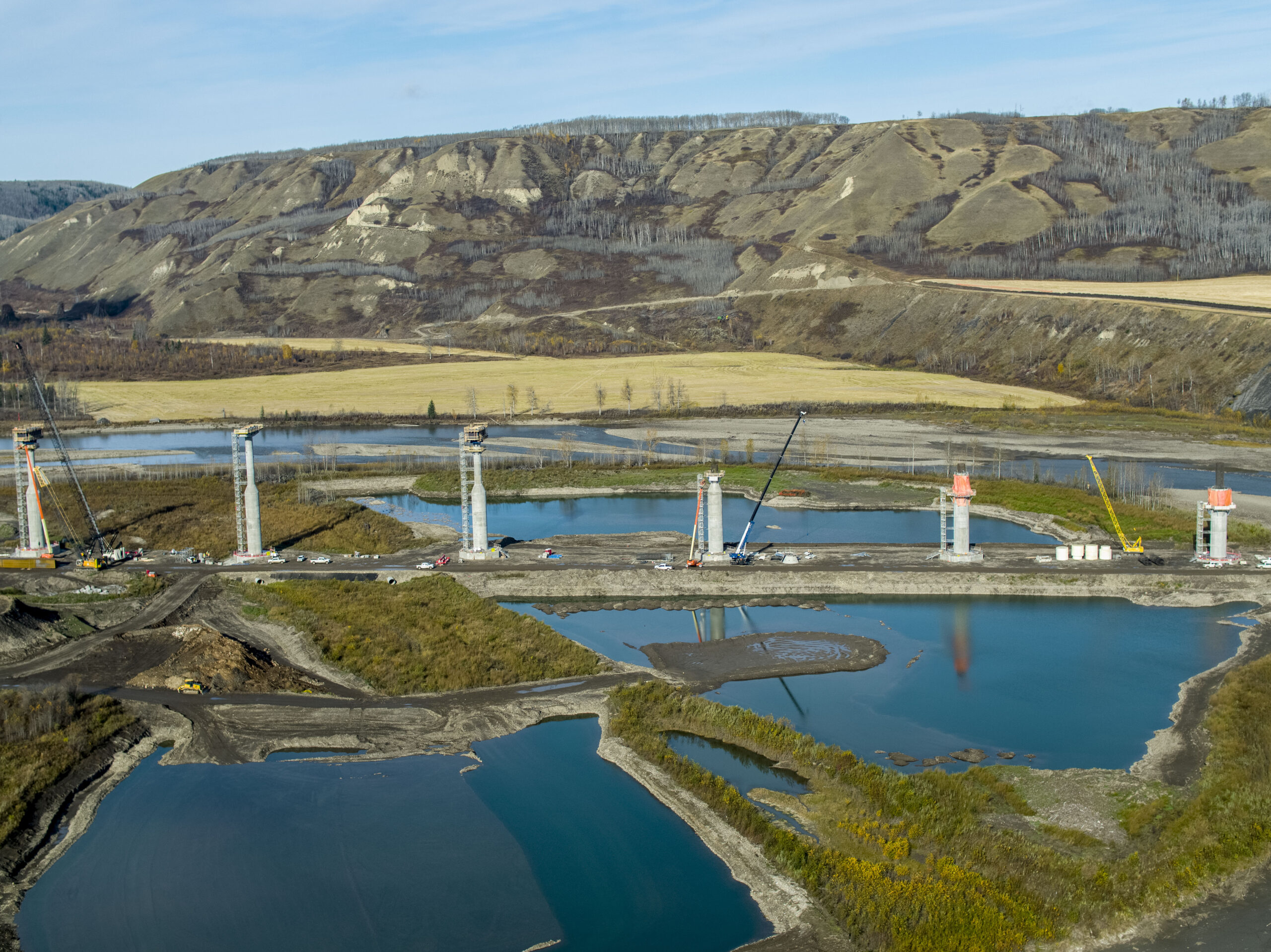 The Site C dam is under construction in an unstable valley notorious for large landslides. Five provincial highway bridges will have to be moved out of the future flood zone at ratepayers’ expense, including at the Halfway River, where geotechnical challenges are immense. Photo: Jayce Hawkins

Palmer pointed to giant sections of turbines moving slowly along northern B.C. highways this week from the Prince Rupert port to the dam site just outside of Fort St. John, saying it did not seem likely that the government would be putting Site C construction on hold after receiving a report from Peter Milburn, the former deputy finance minister tasked with assessing the troubled project.

Milburn’s appointment was announced last July, following the public disclosure that the unstable foundation for the earthen dam, powerhouse and spillways requires shoring up. BC Hydro said it did not know how to fix the mounting problems, how long it would take or what the cost would be.

“There’s a lot of work to do yet,” the Premier said. “Mr. Milburn did not have the capacity to address the safety challenges that could emerge as a result of the geotechnical issues that have arisen.”

Horgan said Milburn worked with the information that was available to him. “The fix that’s been proposed by [BC] Hydro, we’re now asking for two other opinions on the efficacy of that fix.”

“That’s not to say that Milburn’s report isn’t comprehensive, but it is appropriate that we make sure that the fix that is being proposed to the geotechnical challenge is going to be safe. Out of an abundance of caution we’re asking for a second and third opinion on that.”

Horgan said the turbine parts are moving to the project site because “to stop preparing to complete is not the direction that has been given. And so, it’s appropriate I think that those that are working on the facility do that, until such time as we don’t.”

The Premier pointed out that the Kemano generating station near Kitimat also had turbines that were en route when the hydroelectric project was cancelled in 1995 by the NDP government led by Mike Harcourt.

“So it’s not unprecedented … We are still reviewing information and, most importantly, what’s outstanding is two safety reports at this point — and when we have those and they’ve been assessed and digested that will all be made public.”

B.C. public has yet to hear details of solutions to Site C’s geotechnical woes

“And we were completely dismissed by Minister Ralston, who said he had complete confidence in Mr. Milburn to do this report. The lack of consistency, on top of the secrecy and lack of transparency, is becoming just shocking.”

“I think the public should be demanding of this government that they start to be transparent on this. This is public money that is being spent.”

In a Green Party press release, Furstenau said the admission that Milburn doesn’t have the expertise to advise on dam safety “makes it clear that the Milburn report has been used as a smoke-screen to continue construction and avoid answering questions.”

“The government and BC Hydro have known about serious geotechnical challenges since 2019. Now the Premier has admitted that they still need more information and that their own appointed expert did not have the capacity to advise on dam safety. Yet there is still no timeline and no information about the new experts and their terms of reference.” 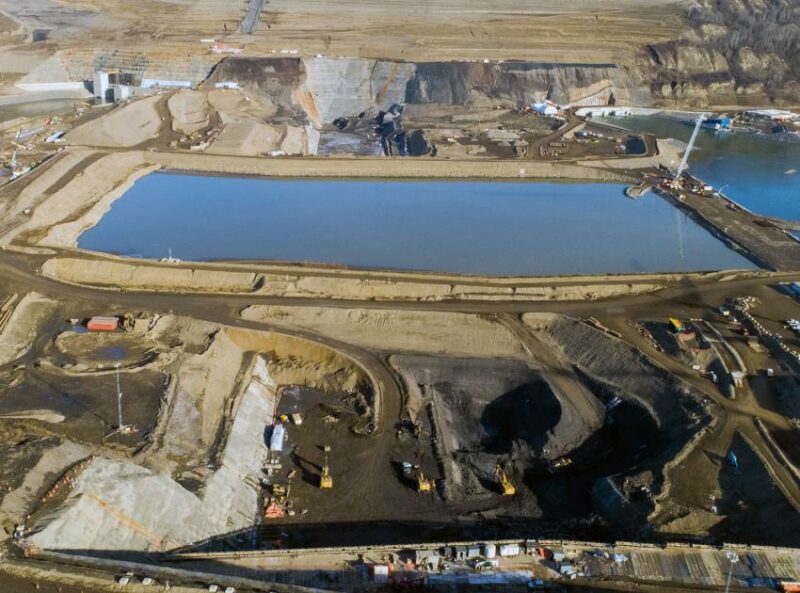 An aerial view of the Site C dam’s south bank, where profound geotechnical problems were disclosed last July. The government commissioned former deputy finance minister Peter Milburn to report back on the project but his report — which the government has not made public — does not encompass potential safety issues. Photo: Site C Clean Energy Project

The Site C dam is already significantly over budget. According to a range of independent energy experts, the dam is uneconomical at its current price tag of $10.7 billion, a figure that doesn’t account for any further budget increases to address geotechnical problems.

Safety concerns about the Site C dam, which is being constructed on unstable shale in a valley prone to large landslides, have been raised for years.

An October investigation by The Narwhal revealed senior officials in the B.C. government knew in May 2019 that the project’s technical advisory board had flagged the stability of the dam as a significant risk, saying “the hazards associated with the weak foundation have been adequately recognized.”

The Site C project is located in a geographical area filled with faults that can become critically stressed during fracking operations, which are poised to expand significantly in the region to supply gas for the LNG Canada export project. More than 10,000 earthquakes occurred in the wider area in 2017 and 2018, including one that shook the Site C dam construction site, forcing workers to evacuate.

The advisory board also said the Site C dam’s design — changed to an unconventional L-shape, much to the concern of retired BC Hydro engineer Vern Ruskin — needed to be checked.

The board outlined seven steps for BC Hydro to follow, including calculating “the factor of safety” at the end of construction and again at the end of reservoir filling.

Furstenau said it all adds up to cause for public concern.

“I’m deeply concerned about the safety of this dam, and the level of risk that is being accepted by this government is beyond belief in a lot of ways.”

Horgan said he did not know who has been contracted to assess the safety of the geotechnical solutions proposed by BC Hydro, noting only that they are international experts.

The Narwhal asked the B.C. energy ministry for the names of the experts, who selected them, if they travelled to the dam site, when the reports might be delivered, and if the experts have any ties to the Site C technical advisory board or project assurance board, but the ministry was unable to respond by press time.

The Site C project assurance board was established by Horgan’s government in 2018 to ensure the project was delivered on schedule and on budget. Its findings, as well as a list of its members, were kept secret from the public. 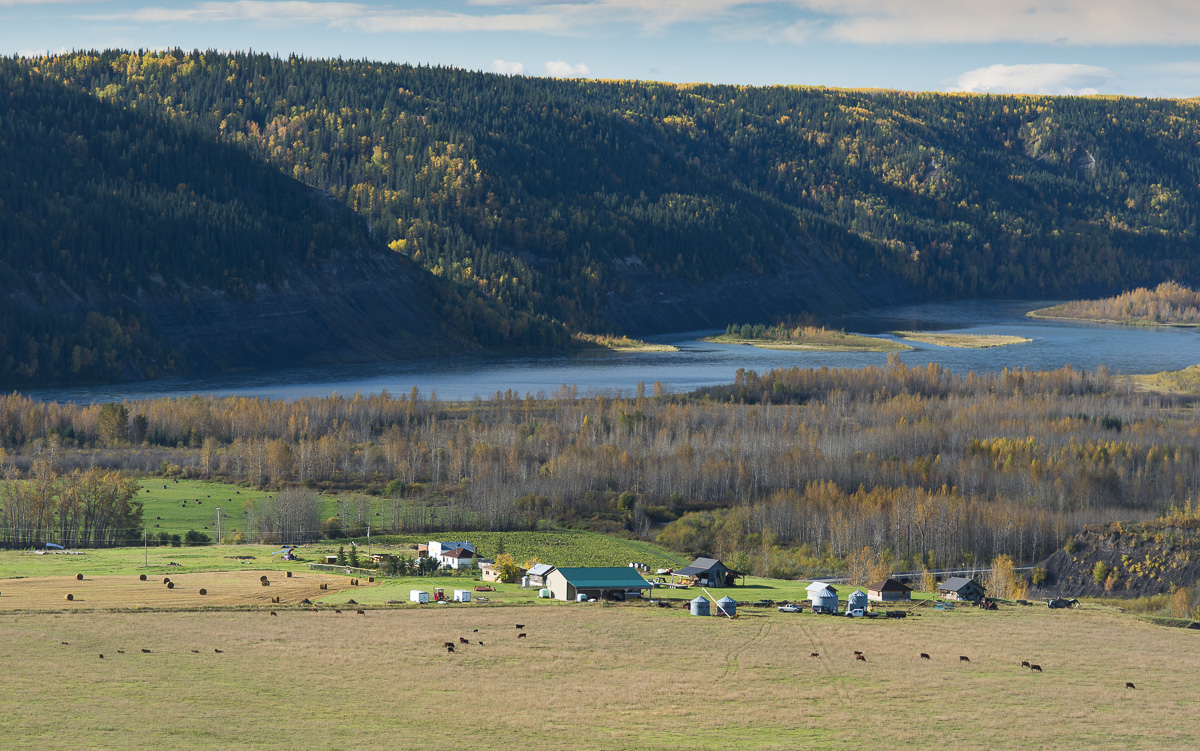 Part of the Peace River that would be flooded for the Site C dam. The dam will inundate 128 kilometres of the Peace River and its tributaries, about the equivalent distance of driving from Vancouver to Whistler. Photo: Garth Lenz / The Narwhal

The Site C dam would flood 128 kilometres of the Peace River and its tributaries in Treaty 8 territory, destroying some of Canada’s best farmland and habitat for more than 100 species at risk of extinction.

A report by U.S. energy economist Robert McCullough, commissioned by the Peace Valley Landowner Association, said the dam will conservatively cost an additional $2.1 billion and ratepayers will save an initial $116 million a year if the project is scrapped and the same amount of energy is procured from other sources.

A memo from the C.D. Howe Institute, addressed to B.C.’s new government, said the case for the Site C dam is “getting weaker” and any meaningful cost increase above $10.7 billion makes cancellation the best choice.

Banner: Premier John Horgan said during a press conference that he would not be making any decisions on whether to cancel the Site C dam until he received two commissioned expert reports. Photo: Province of B.C. / Flickr
We hear it time and time again:
“These are the stories that need to be told and you are some of the only ones telling them,” John, a new member of The Narwhal, wrote in to say.

The complicated ethics of wildlife photography

Captivating photos can benefit animals by raising awareness for conservation issues, but there’s a thin...