How to stop trophy hunting? Buy up all the licences

A B.C. conservation group is on a mission to purchase all the commercial hunting licences in the Great Bear Rainforest, where animals like black bears, wolves and cougars can still legally be killed as trophies. The focus right now is the Kitlope, a breathtaking area home to the world’s largest intact area of coastal temperate rainforest

Brian Falconer is more than happy to admit that he and his colleagues at Raincoast Conservation Foundation have dismal records as guide outfitters.

In fact, in the 33,500 square kilometres of B.C.’s Great Bear Rainforest where Raincoast holds the commercial hunting licence — which gives the organization the right to escort foreign hunters into the area to shoot black bears, cougars, mountain goats and wolverines — the success rate has been zero.

Unless, that is, you count the wildlife photos.

“The only ones that can take anyone in for trophy hunting is Raincoast and we take a different type of hunter,” said Ross Dixon, Raincoast communications director.

Raincoast is now raising funds for the $100,000 deposit needed to secure the commercial hunting tenure for the Kitlope, the world’s largest intact area of coastal temperate rainforest where the longest fjord in the world stretches into the heart of the province. 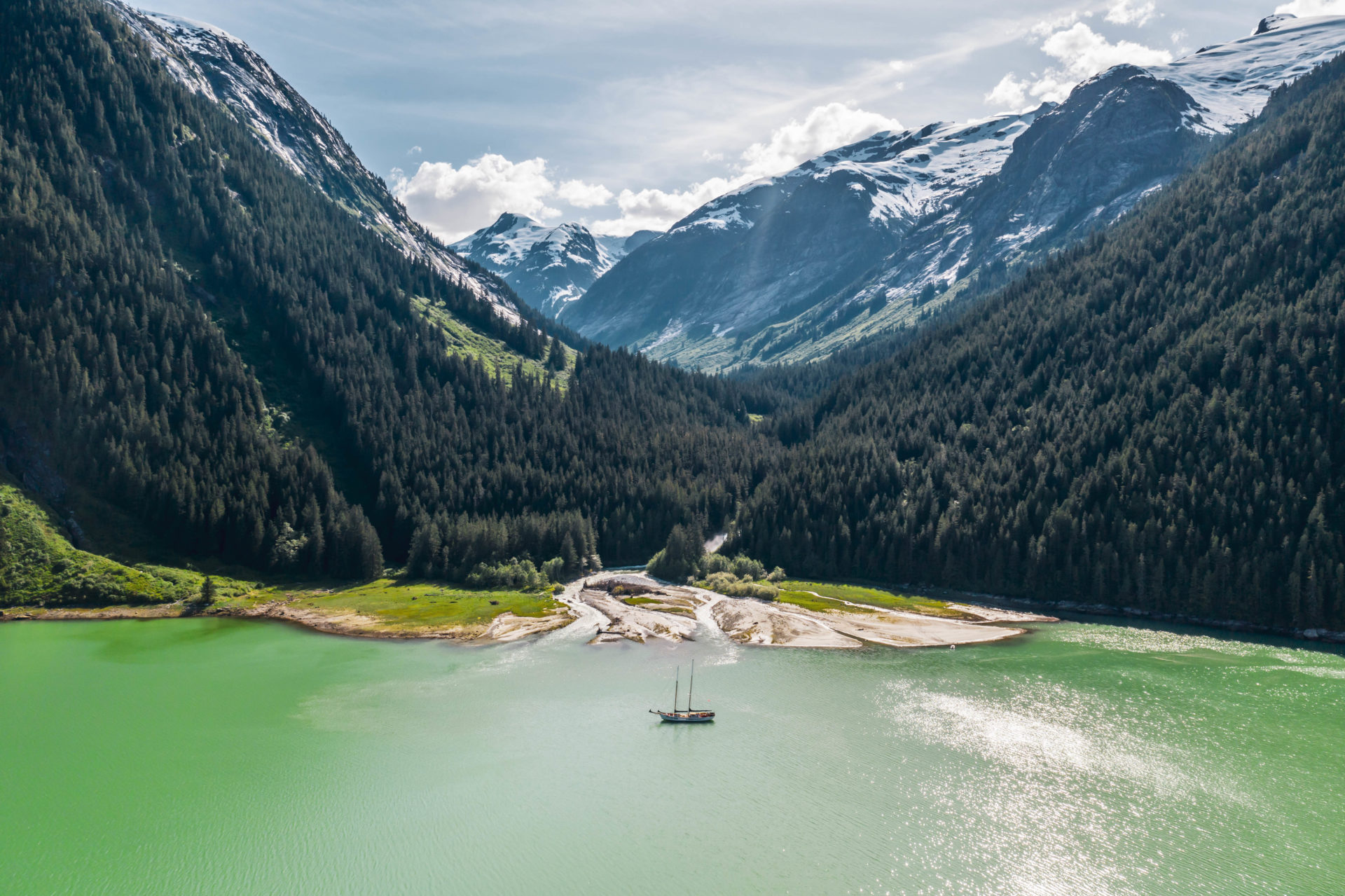 The site of an old cannery in the Kitlope at Wakasu. A Canadian Pacific Railway steamer used to bring tourists here. Pictured here is the vessel Maple Leaf of Maple Leaf Adventures. Photo: Alex Harris / Raincoast 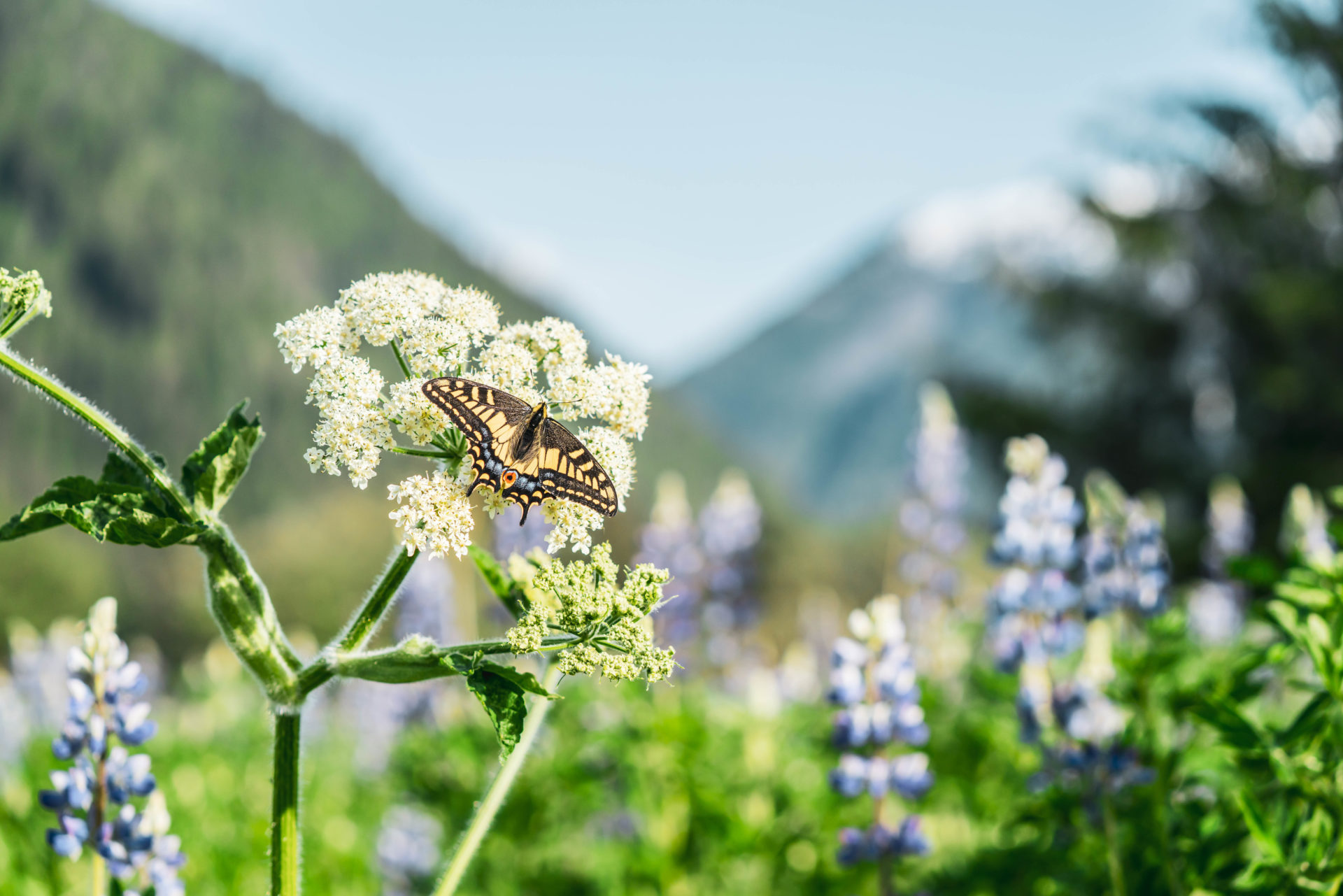 The Kitlope has been protected from logging since the Haisla Nation and the province signed a joint management agreement in 1994. The provincial government banned grizzly bear hunting in 2017, but trophy hunting for other species is still allowed.

Cecil Paul, hereditary chief of the Xenaxiala people, described the Kitlope and the species that live there as the bank of his people.

“They have been robbing our bank for years for no purpose other than to put a trophy on their wall,” Cecil told Raincoast.

“We don’t understand this and we want to stop it.”

It is a sentiment shared by many British Columbians who are surprised to learn that trophy hunting is still allowed in the Great Bear Rainforest and in most provincial parks, Falconer said.

Raincoast has until the end of July to raise the deposit, with about $85,000 already raised. Once the deposit has been paid, fundraising will start for the $550,000 needed to complete the purchase that will give Raincoast the hunting rights for another 5,300 square kilometres, including the Kitlope Conservancy and surrounding area. The deadline for raising the full amount is December 2020, but, with the support of the Haisla Nation, Raincoast aims to have the tenure secured by the end of this year.

It may seem expensive Falconer said but trophy hunters are willing to pay more than $35,000 to kill bears, wolves and cougars and more than $10,000 for mountain goats, bighorn sheep and moose, meaning the value of commercial hunting tenures has soared.

“And remember $550,000 can’t buy half a house in Vancouver,” said Falconer, who, almost 30 years after first visiting the Kitlope at the invitation of the Haisla and Xenaksiala Nations, remains awestruck at the beauty of the area. 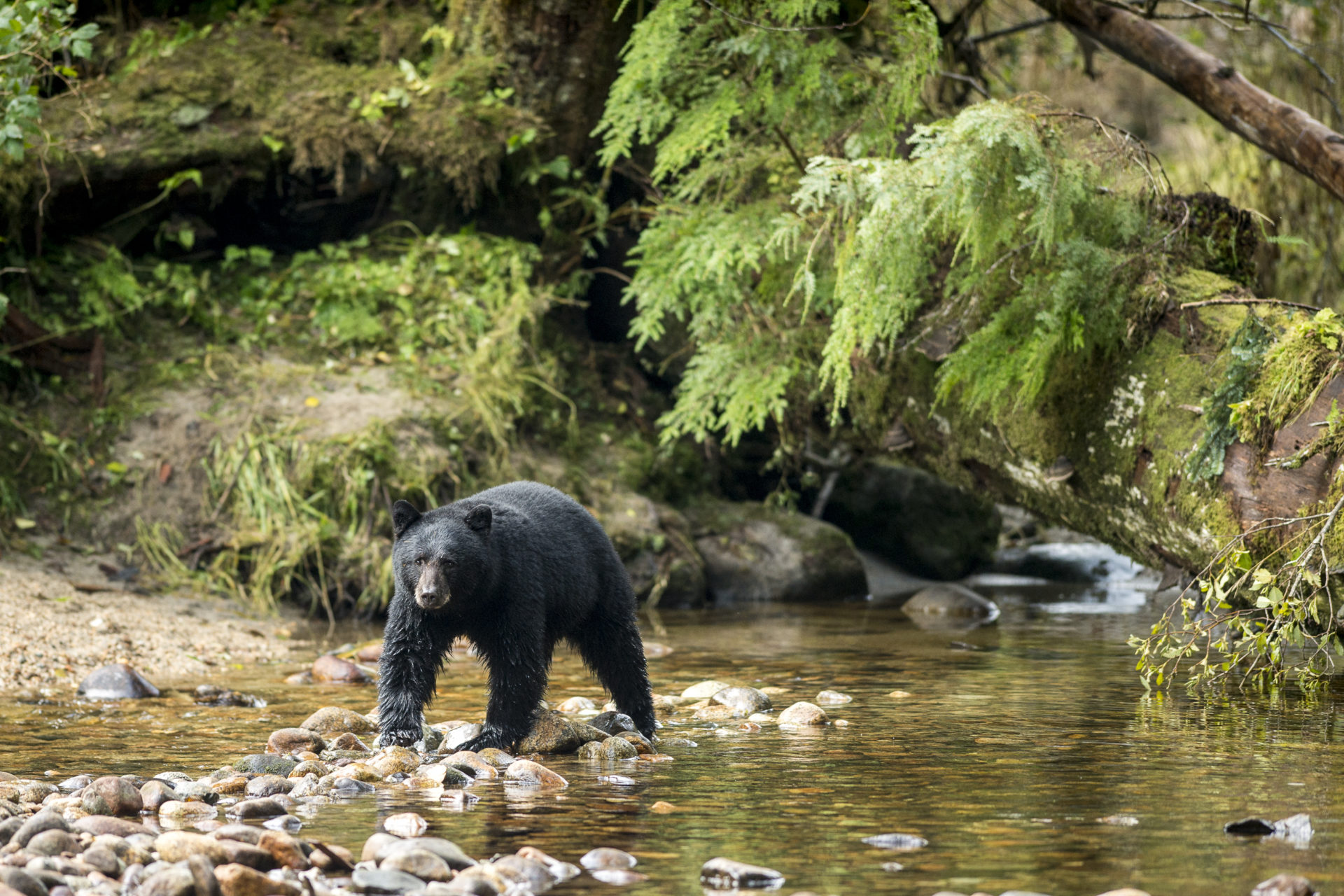 A black bear in the Great Bear Rainforest. Despite a ban on the trophy hunting of grizzly bears, black bears can still legally be hunted in British Columbia. Photo: April Bencze / Raincoast

“It’s breathtaking and overwhelming. I have never seen a place like it,” he said describing glacial, milky water, trees more than 1,000 years old and granite walls stretching up thousands of feet.

“It’s like Yosemite on steroids. There’s a waterfall every 100 yards —it’s the land of waterfalls — and when you get to the head of (the fjord)  there’s a gigantic, beautiful estuary with willow and alder and sedge meadows so you have all the river species and birds. It’s the highway of the north coast for wildlife,” Falconer said.

Which is exactly what makes it so attractive for trophy hunters. 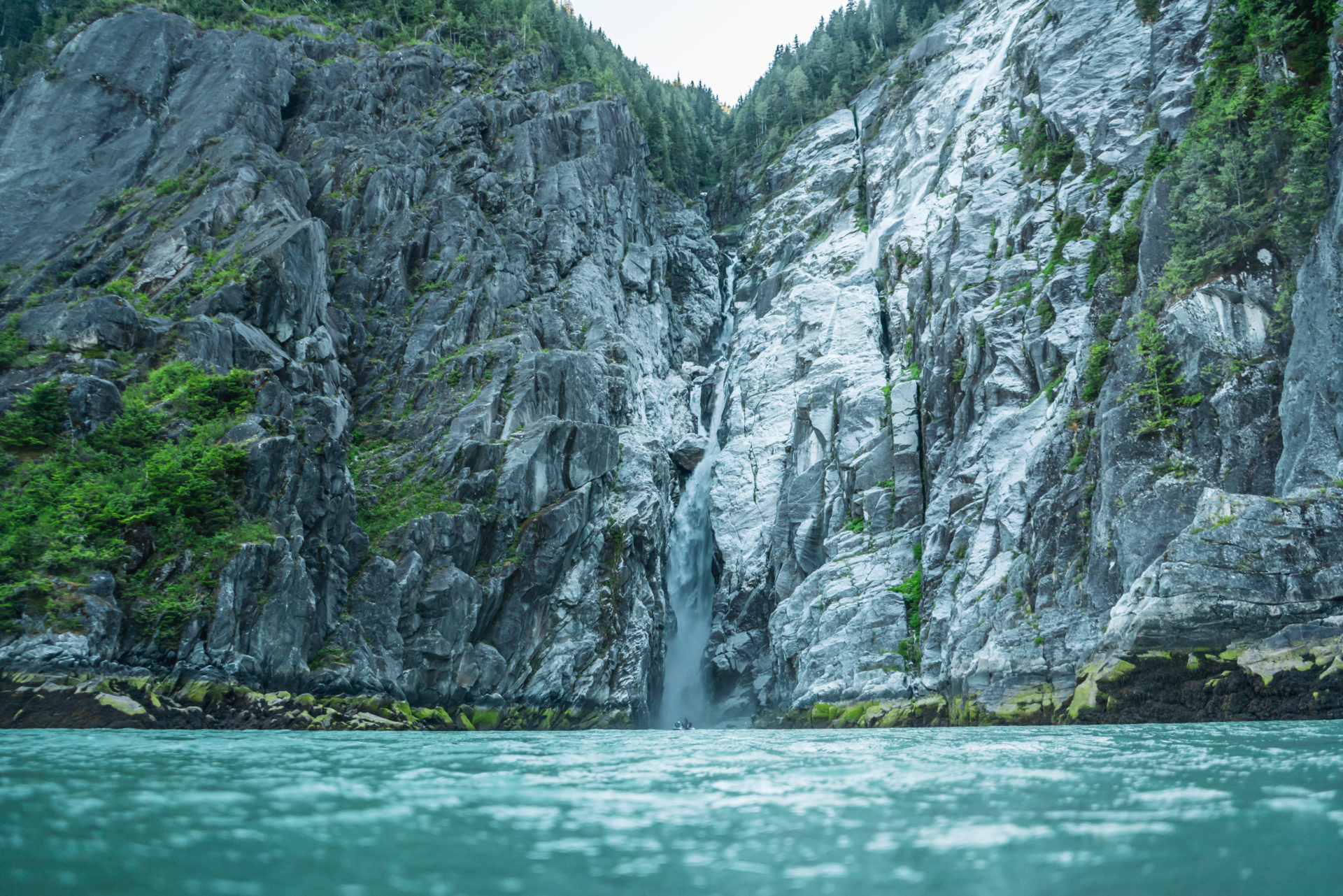 One of many waterfalls in Gardner Canal. Photo: Alex Harris / Raincoast 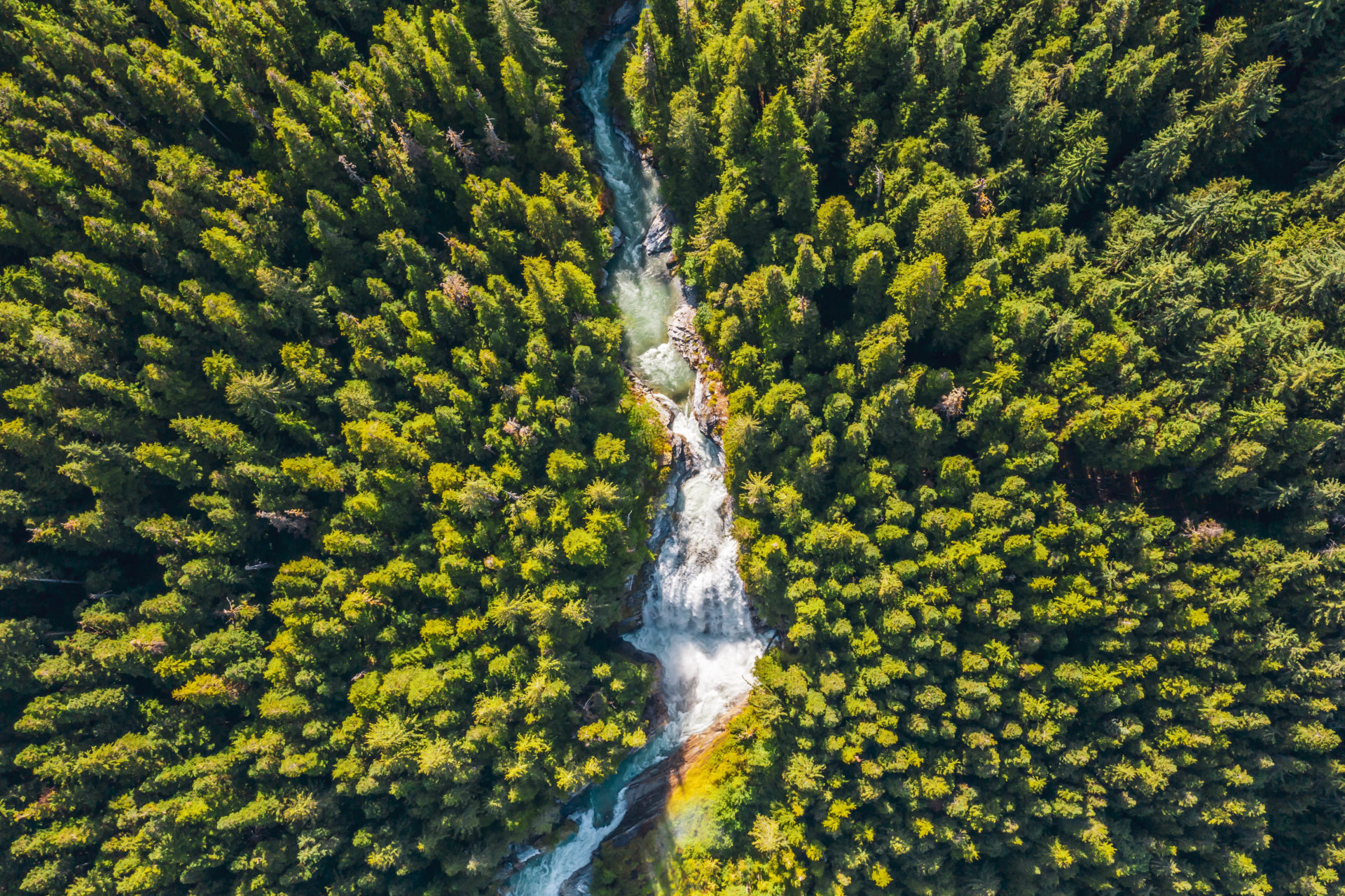 A river flows through an area of the Great Bear Rainforest known as the Kitlope. Photo: Alex Harris / Raincoast

The ultimate goal of Raincoast is to buy all commercial hunting licences in the 64,000 square kilometres of the Great Bear Rainforest, so the area will be protected not only from trophy hunters, but also political whims. In 2002, for instance, the Liberal government scrapped the short-lived ban on grizzly hunting brought in by the former NDP government.

The organization also hopes that, by eliminating the need for governments to compensate tenure holders, it will remove a major disincentive to restrict trophy hunting of other species.

However, everything depends on Raincoast’s capacity to fundraise and, unless there is a massive cash donation, not all offers to sell tenures can be immediately accepted

“Other guide outfitters have approached us, because they see the writing on the wall. … There’s certainly more potential. It’s the new economy. It’s the non-extractive economy of B.C. that isn’t wasteful or extractive,” Falconer said. 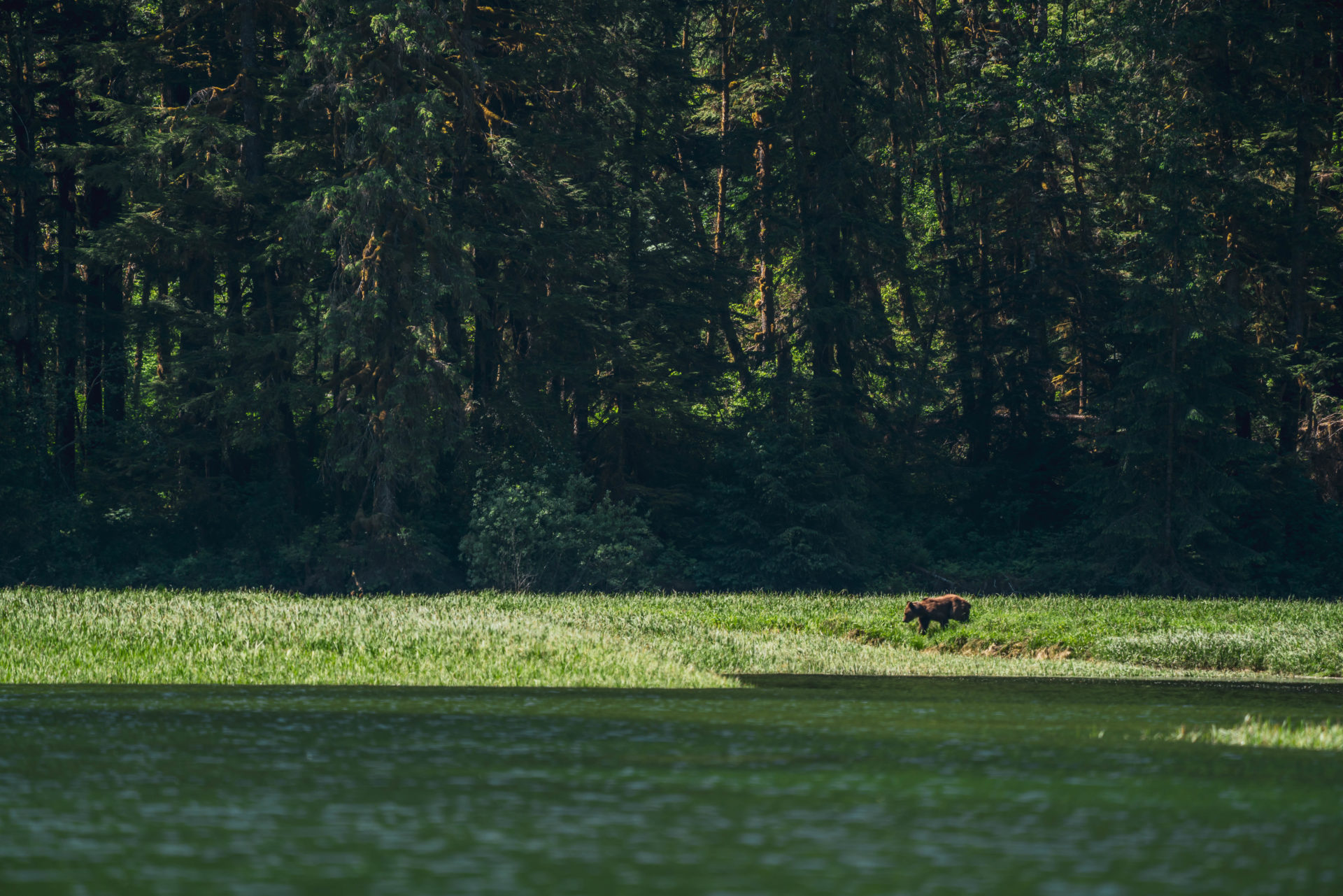 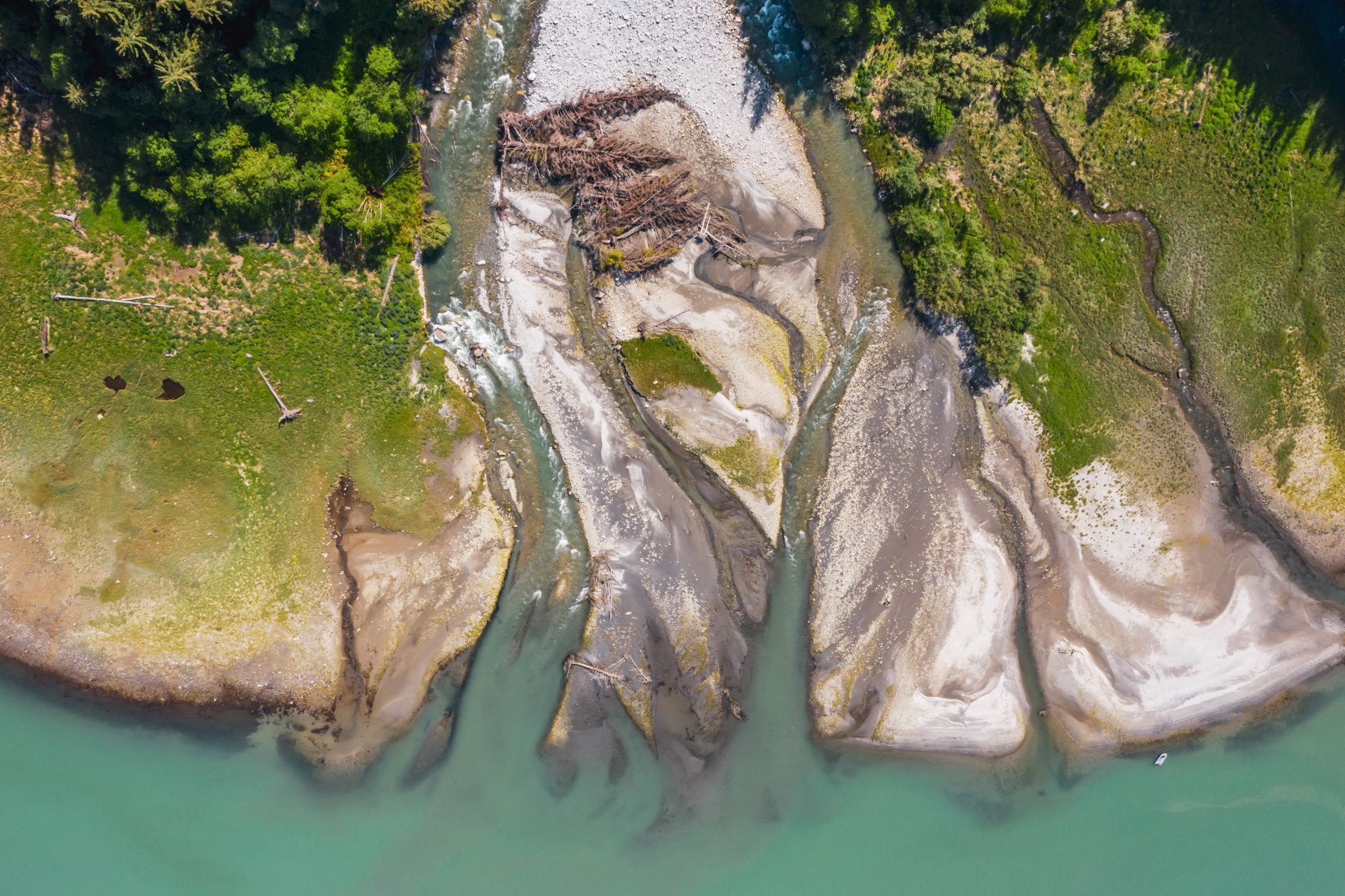 An estuary at Wakasu in the Great Bear Rainforest. Photo: Alex Harris / Raincoast

There is no better illustration of the changing economy than in the Kitlope where the tenure has been held since 2015 by Angus Morrison of Wild Coast Outfitters, who is now transitioning his business to wildlife viewing.

Morrison, who also works as a helicopter pilot, said his primary motive in selling the tenure to Raincoast is conservation.

“They probably have the best plan for preserving what is left. I love the wilderness and I travel quite a bit and there is a definite decline. It’s not that I think the hunting, as we were doing it, was wiping out the animals, but the motivation behind some of it is a bit murky,” Morrison told The Narwhal.

“If the animals are already under pressure, I don’t see the point in continuing to hunt them. I think we need to slow down resource extraction and commercial fishing and I know that’s easier said than done.”

Hunting trips booked through Wild Coast Outfitters were conducted on foot and were tough going, which weeded out clients who simply wanted a quick kill, a big head on the walls and bragging rights, but there is that element in the industry, Morrison said.

“I like the idea of seeing people going out there and showing them grizzly bears and things without killing the animals,” he said.

Banner: A coastal wolf. Photo: Klaus Pommerenke
We hear it time and time again:
“These are the stories that need to be told and you are some of the only ones telling them,” John, a new member of The Narwhal, wrote in to say.