Troy Moth is an artist and photographer living on Vancouver Island. Moth’s iconic images are featured on art gallery walls and trendy t-shirts alike, famed for their stark, smoky portrayals of landscapes and creatures, of both the human and non-human variety.

Moth recently published a provocative photo of a wild bear slouched in the smouldering landfill of a remote Canadian community. We asked him if he’d speak to us about the image, why it elicits such strong reaction in its viewers and what the apocalypse has got to do with it.

This bear image is called “Invisible Horseman — 2017.” That of course immediately conjures the four horsemen of the apocalypse. Is the apocalyptic theme front and centre in this image for you?

The apocalypse theme made sense here. It really felt like that.

I was in such a remote area, with nothing around for miles. I was surrounded only by the waste of humans and the natural world, having to watch the two try and work together, watching how our our systems have made this creature dependent and diminished.

While at the same time I was feeling how invisible all of this is.

How did you end up in the landfill? What brought about the taking of this photo?

I was working on a doc in that community and one of the members took us on a joy ride that included the landfill where there are regularly bears.

There were seven or eight bears there and all of them looked just terrible. They walked with a stagger, they were slow and sluggish. One had a large burn on its face from eating garbage on fire.

The first time I didn’t take any pictures. I just thought “this is fucked.”

I asked to return the next day and I was more prepared to shoot but the state they were in was just so hard to see. 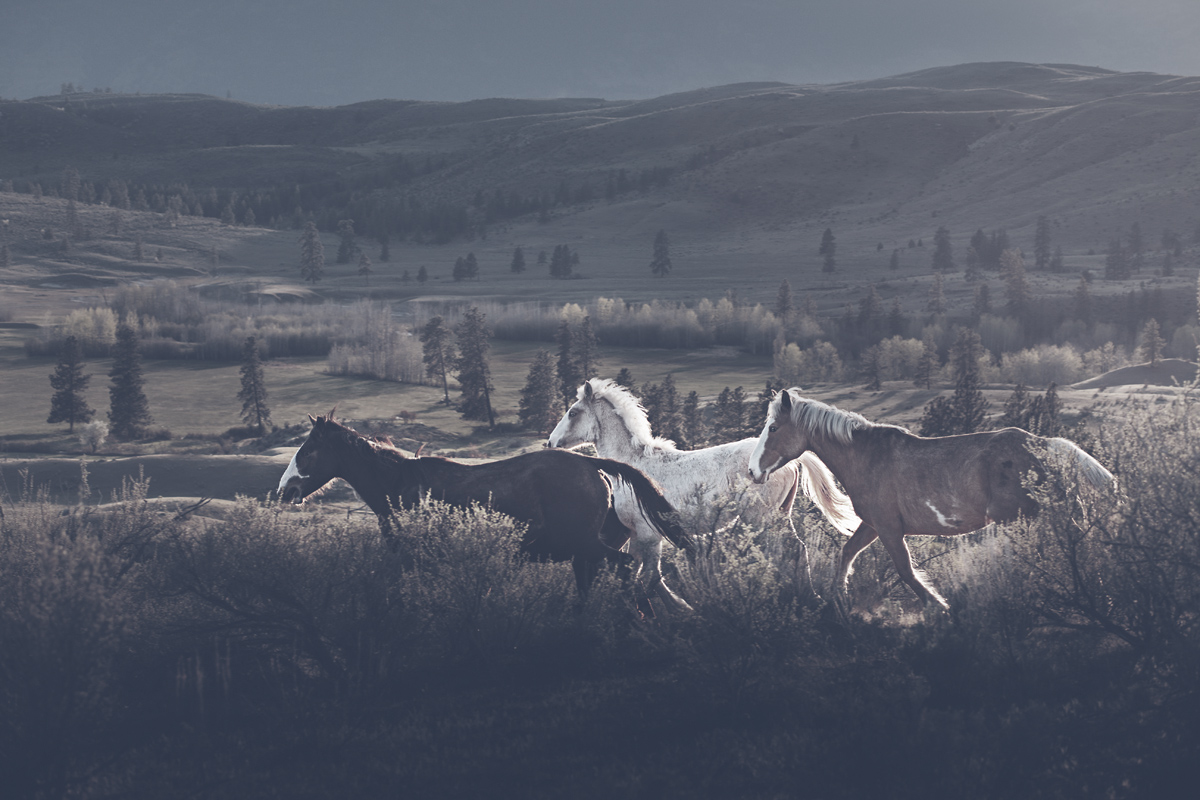 In your Facebook post you said you weren’t able to photograph what happened to the bear after you took this image. Is that something you are open to talking about?

Yeah, I can. I just couldn’t believe what I was seeing.

He stood up really slow. I was about 20 feet away. He was in a daze, stumbled to his left and walked down into this flaming pit of fire and disappeared.

He crawled into this hole of fire and smoke and never came out. When I first arrived that pit was a flaming inferno.

I kind of wish I had filmed it, this bear walking into this pit of death. But I just dropped my camera and my jaw dropped.

The whole time he stayed there he never came back out.

I think it’s why he sat there for a while: he was waiting for the flames to die down.

I saw people come down, drop their garbage and light it on fire. I think the bears learn the freshest garbage is on fire, or maybe it’s the smell of it. 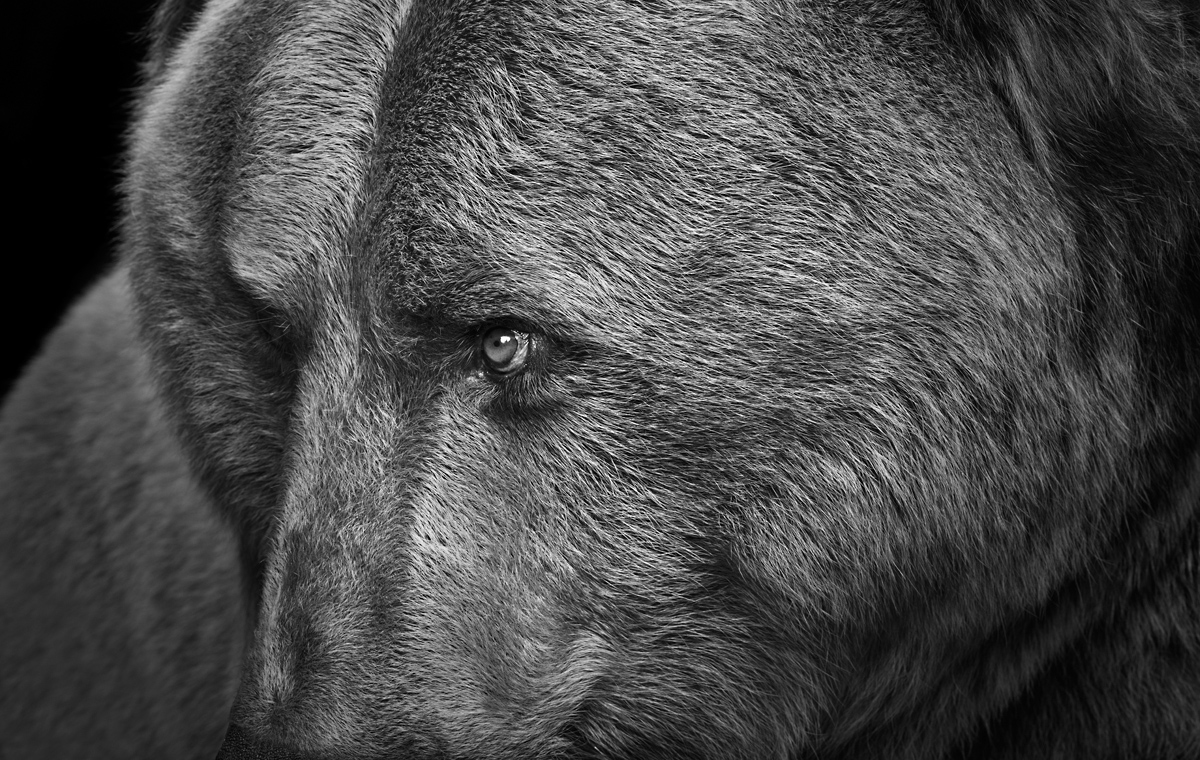 You mentioned you hesitated before posting the photo. Is that typical for you?

A large part of that I think is where I took the photo. I don’t want to tell anyone specifically where but I can say it’s from a remote First Nation community in northern Ontario, a community that I really respect.

I sat on this image for about a month, opening and closing it, editing it here and there.

I was actually nervous about it. I was worried the Internet would take this and spit it out and make it into a bad story and that the First Nations would get blamed for something that is not their fault.

This is obviously a problem across Canada, especially in remote areas. This community is very remote. They have no recycling, no compost. Everything that comes in on a plane gets thrown into this landfill.

In my community in Tahsis we used to have the same problem on an even worse scale.

The bears were so bad there they dug a massive pit for garbage but the bears would just fall into the pit and they couldn’t get the bears out.

It got so bad that word was spreading and tourists were showing up just to see this pit of bears so we got rid of the pit.

But anywhere you have landfills and bears you have bears in landfills. This is not unique to this situation.

Now that you have shared the image, what kind of reaction are you seeing?

I’m definitely starting to see some comments that I’m not happy with and I find myself monitoring and responding to comments a lot more than I normally do.

One woman said we have to shame everyone involved in this.

There are also some interesting differences in how people respond.

To people in more remote settings or in the bush it seems like it has way less of an impact. I feel like all the people who live more in urban centres who are maybe disassociated from wildlife and nature are really shocked. 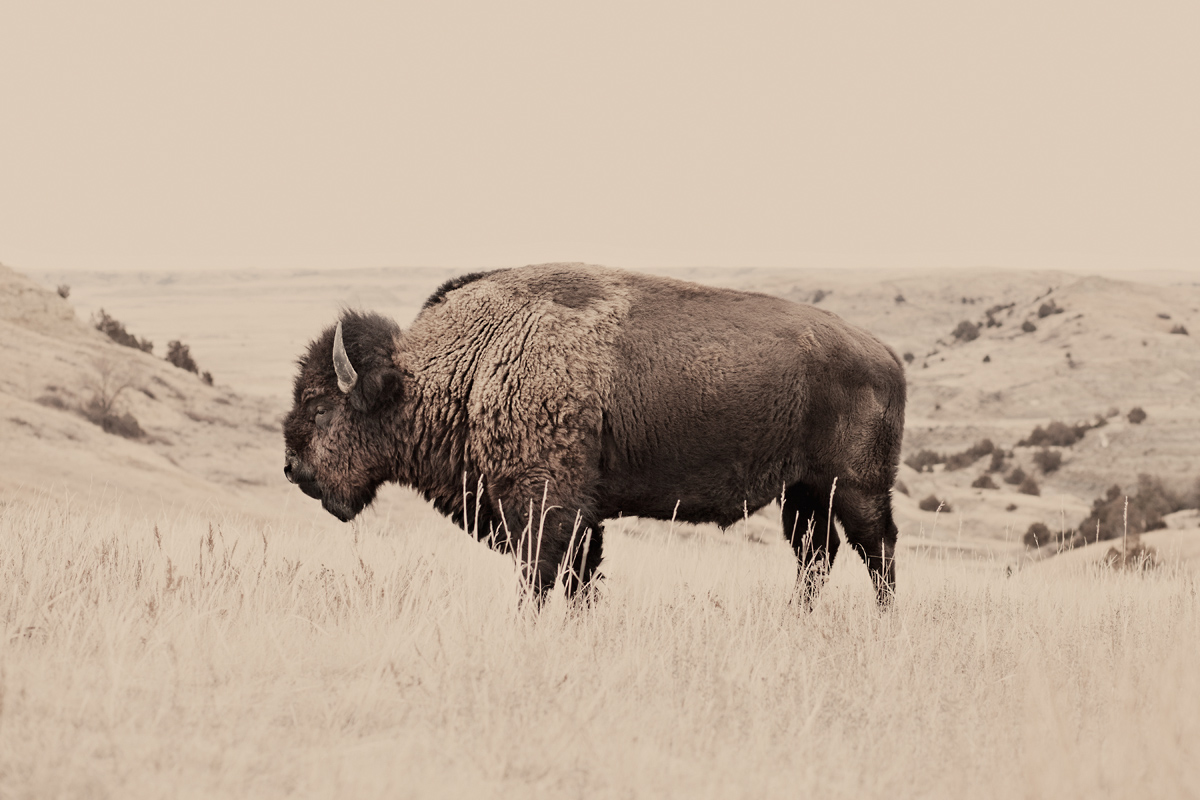 There is an interesting tension there with the rural/urban divide but do you think in some ways part of the reason the image is so provocative is because this powerful creature is a symbol of what we like to think of as ‘the wild?’

I think you’ve got it right.

Most people see bears on Planet Earth, they don’t see them in real life. They think of them as magical, perfect, beautiful creatures in the wild.

To see them in a flaming trash pile goes against everything you have about bears in your mind.

I talked to some members of the community and they don’t eat bear. I got the sense that the bear is a respected creature. So that made it even more sad.

In terms of how our heartstrings are tugged in the larger narrative of this image, I find myself wondering who or what we should identify with. Are we the human or the bear? Or are we the flaming trash pile?

When you see a larger version of the image you can actually identify bits of trash.

You can see specific pieces of garbage that you can identify. If you look closely you can see there’s a children’s Pampers box.

To me those details are what hits home. You might think, ‘I’ve bought that before and thrown it in the trash.’

For me that really draws in the human element.

I think something that also triggers an emotional response is the image’s colour palette.

It’s nice and happy and bright but then it hits you, what this image is actually of.

Normally I think photographers would be drawn to desaturating an image like this, giving it this gloomy, doomsday sort of look.

But I kept it as it was and it was a sunny, bright and beautiful day. In the end you don’t need to draw out the doomsday elements of the photo — they’re there, situated in those bright, happy colours.

We’ve very liberal in our application of the term apocalypse these days. It’s a running theme in our daily lives, in pop culture, film and television and political discourse. Do you think about the end of the world, or the end of the world as we know it, when you are shooting wildlife and the wilderness?

I definitely think about it.

We joke about this at our property in Tahsis, about why we bought this land so far away with only one access point. And just recently we were joking about needing to build a bunker.

The apocalypse is definitely talked about in my circle.

I don’t get the apocalypse trigger when I’m photographing wildlife normally. If anything I think about an older time, a more peaceful, natural time.

The landfill with the bears was probably the first time I started to feel that way and really think about it in the moment. 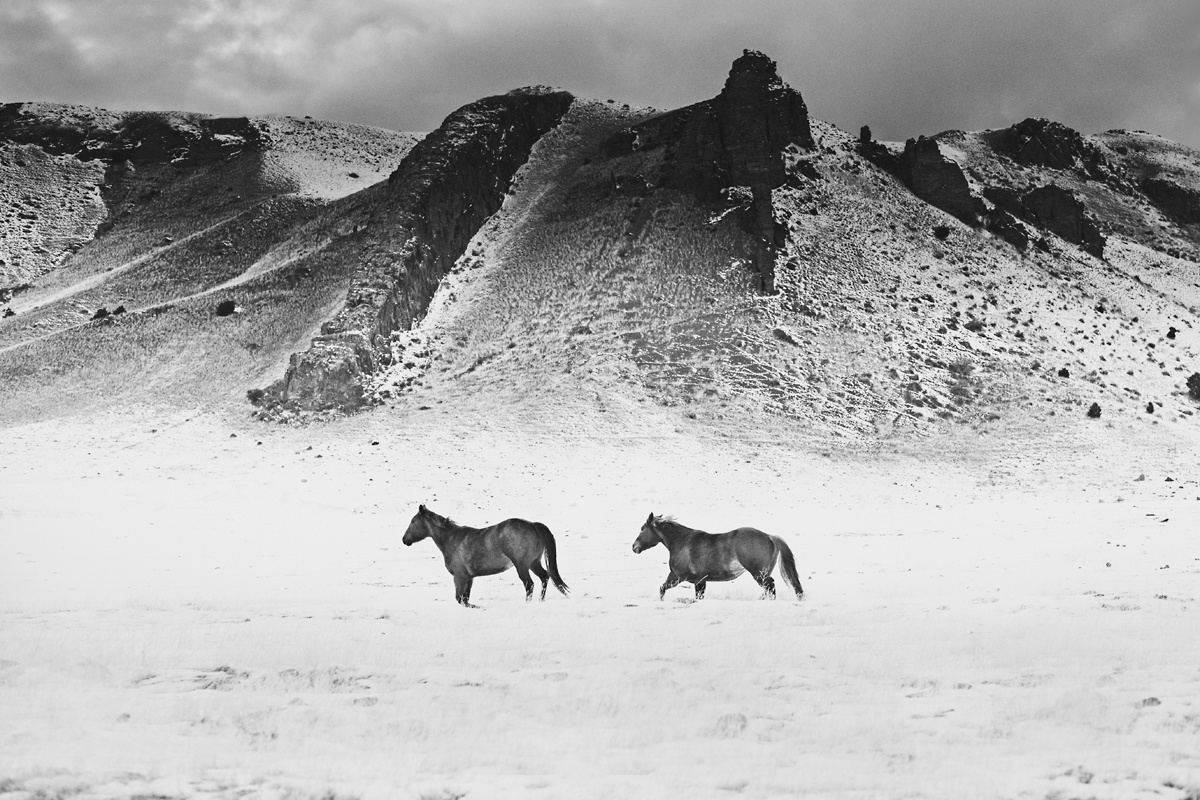 In Canada where we are known for our pristine, wild spaces on the one hand, but we are also a heavily industrialized, wasteful nation that’s known for having some of the highest consumption per capita in the world. Are you going to do more work that showcases that dichotomy?

Absolutely. It’s been going through my mind nonstop. Especially seeing how meaningful and positive the response has been.

I’ve had dozens of people actually thank me for the bear photo. That’s not normally something that happens when I publish my work.

The work artists do feels more narcissistic to me, as in I’m just doing it for myself, for an ego boost. But this image was different.

I do want to work more with the juxtaposition between the beautiful, happy scene and the heart-wrenching reality that lies beneath it.

Banner: Photo: Troy Moth
We hear it time and time again:
“These are the stories that need to be told and you are some of the only ones telling them,” John, a new member of The Narwhal, wrote in to say.