By Ainslie Cruickshank
Share
The federal government has released new legally binding legislation that commits Canada to reaching net-zero emissions by 2050. However, experts are raising questions about the government's short-term goals and what accountability measures will be implemented. Photo: Justin Trudeau / Flickr

Environmental groups welcomed the introduction of climate accountability legislation in the House of Commons Thursday but warned the bill as written doesn’t have the teeth needed to ensure Canada meets its climate targets.

Bill C-12 requires the Minister of the Environment to set five-year emissions reductions targets starting in 2030 in order to reach net-zero emissions by 2050 and to develop plans for meeting each goal.

But if the government fails to meet one of its legislated targets, the minister is only required to explain why and describe the actions the government is taking or will take to meet it.

While the public reporting requirements could add pressure on the government to take needed climate action, “to be truly accountable, the bill needs to go one step further and actually require the minister to ensure that those plans will meet the specific targets,” said Anna Johnston, a staff lawyer with West Coast Environmental Law.

Canada has so far failed to meet its international climate targets and the federal government’s own data shows the country is currently on track to miss its 2030 target as well.

Prime Minister Justin Trudeau reiterated his commitment Thursday that Canada would not only meet, but exceed its existing 2030 emissions reductions targets and said “ultimately the accountability for government’s actions or inaction is from Canadians themselves.” 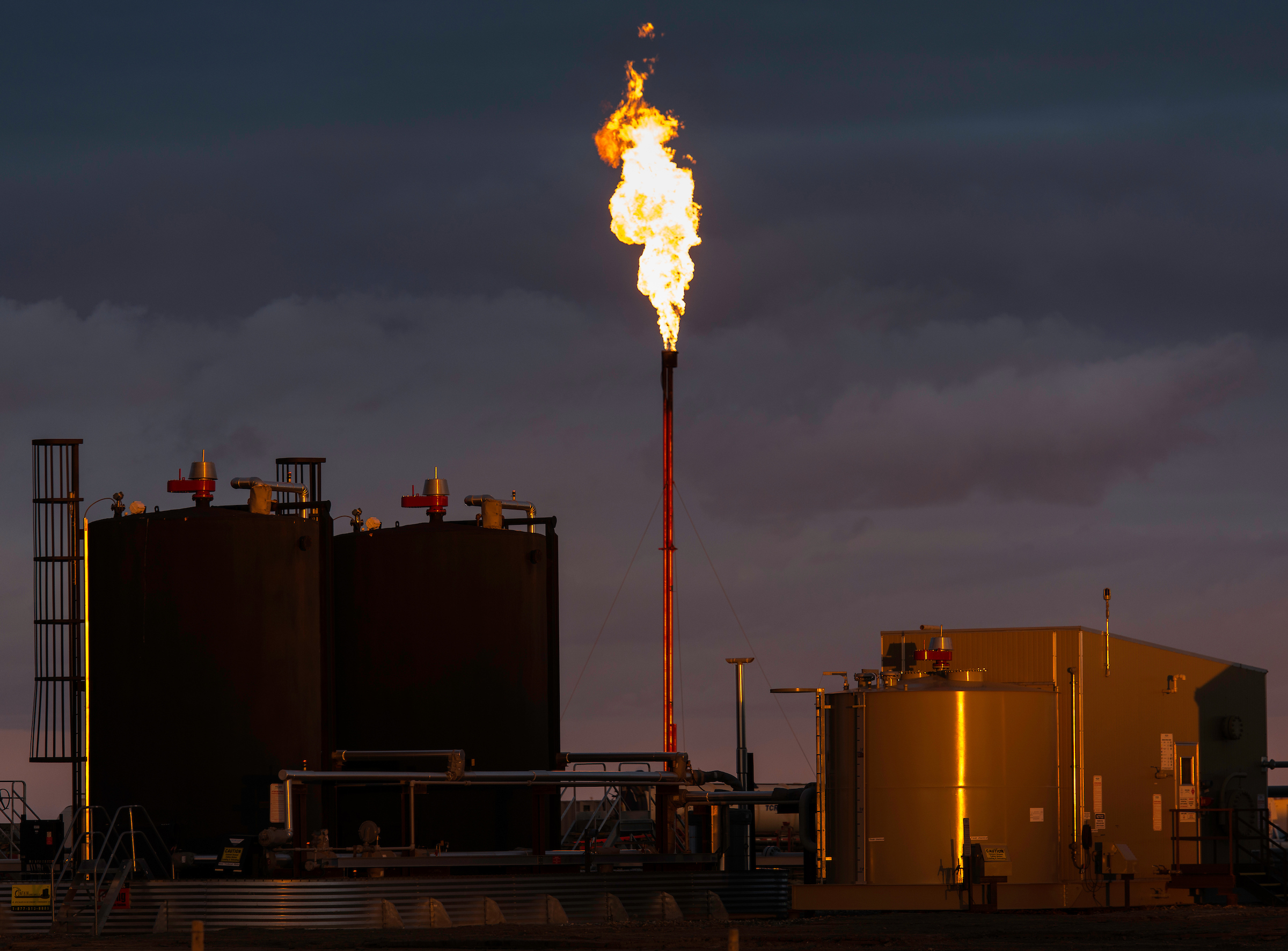 Canada has failed to meet its international emissions target and also appears to be on track to miss its 2030 target. In response to the federal government’s new net-zero emissions legislation, experts are calling for more near-term targets and accountability measures. Photo: Garth Lenz / The Narwhal

Johnston, however, said “Canadians shouldn’t bear the burden of making sure their elected representatives do what they say they will do.”

Accountability for establishing targets and meeting them should be enshrined in the legislation so the government can be held to account in the courts, she said.

As it stands, the proposed bill doesn’t quite meet the standards set by the United Kingdom’s climate accountability legislation, which, according to Johnston, sets clearer requirements for the government to follow expert advice, establish carbon budgets and achieve targeted emissions reductions.

“It is a good first step,” Johnston said, but she and others hope the legislation will be strengthened before it becomes law.

Catherine Abreu, executive director of Climate Action Network Canada, was among those who called for the government to add a 2025 emissions reduction target to the bill and to set a more ambitious target for 2030.

“If this piece of legislation is going to drive climate ambition — and that’s what we need it to do — it needs to do that in the near-term, not just in the long-term,” she said.

If the bill passes as written, the federal government will have up to nine months after the legislation is enshrined to establish a 2030 target and to develop a plan to meet that goal.

But the Trudeau government would not have to report on its own progress toward meeting that goal during its current term, as the first progress report would only be required by the beginning of 2028.

The bill also requires the government to report publicly on its progress towards each five-year target and further requires the Commissioner of the Environment and Sustainable Development to assess and report on the government’s progress at least once every five years.

The legislation will also establish an expert advisory body to advise the minister on measures to reach net zero emissions.

While Abreu is happy to see the creation of an expert committee included in the bill, she noted that expert advice is needed to inform the establishment of interim targets and development of plans to reach those targets as well as the government’s ultimate 2050 net-zero emissions goal.

Experts say there is an urgent need to address the role provinces and territories have to play in meeting Canada’s legislated climate targets.

“That’s a big barrier to progress on climate change in this country and something that we are going to need to confront,” Abreu said.

She noted there’s a “huge variation” in the climate ambition of different provinces.

“Figuring out how we balance the level of effort fairly across the country is not an easy conversation to have but it is a conversation we are going to have to have if Canada is going to be a good global player,” she said.

But shifts in the global economy could make the prospect of major emissions reductions more palatable across the country.

According to the United Nations, 120 countries, more than 1,000 businesses and 45 of the largest investors have so far committed to achieving net-zero emissions by 2050.

Sara Hastings-Simon, a research fellow at the University of Calgary’s school of public policy, said that reality could shift the tone of the conversation in Canada.

“If the world is net-zero in 2050, then it’s not a burden to have an economy that is aligned with that net-zero world,” she said.

“It’s really a requirement in order to have a successful, vibrant and prosperous economy.” 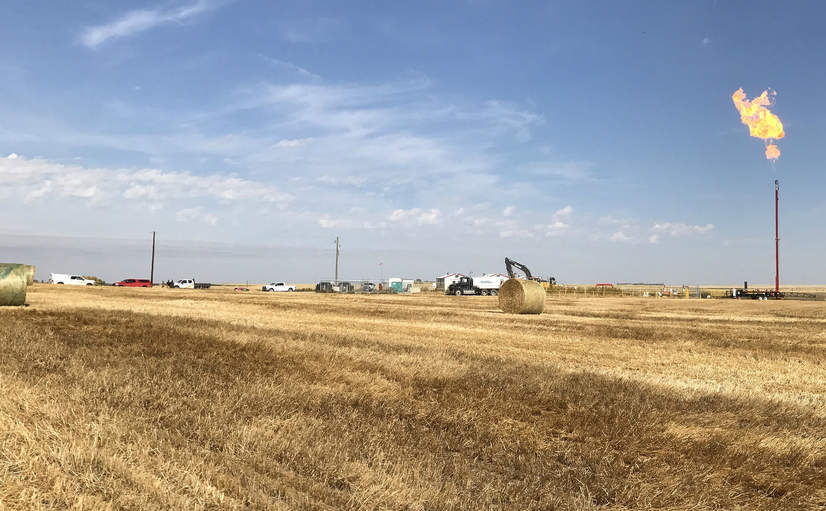 Gas flaring in Alberta. The new legislation would require support from all provinces and territories. However, there is currently a lot of variation between each jurisdiction’s climate ambitions. For instance, Alberta, Saskatchewan and Ontario have long opposed the federal carbon tax. Photo: Jasonwoodhead23 / Flickr

In Alberta for instance, which accounts for the largest share of greenhouse gas emissions amongst the provinces, the conversation may shift from the need to reduce oil production to meet Canada’s climate targets because demand for the product may decline naturally as the world moves towards its 2050 target, Hastings-Simon explained.

Alberta, along with Saskatchewan and Ontario, have long resisted the federal carbon tax, one of Trudeau’s key climate measures. The provinces challenged the constitutionality of the tax in a legal battle that reached the Supreme Court of Canada in September. The court has yet to issue a ruling on the matter.

But Alberta Premier Jason Kenney has also recognized that climate action is becoming more important for oil and gas companies to access capital, The Western Producer and CBC reported in October.

Canada’s climate accountability legislation will provide certainty for businesses that greenhouse gas emissions reductions will remain on the agenda in Ottawa regardless of a change in government, some observers said.

“Nations are racing to attract billions of dollars in global capital that are being mobilized to generate a safe, low-carbon economy,” she said. “ [The] bill ensures that Canada will have a place at the starting line by eliminating business concern that policies put in place by a government today might be scrapped tomorrow.”

Bank of Canada Governor Tiff Macklem warned this week that Canada needs to move quickly to both minimize the threat climate change poses and to take hold of the business opportunities it presents.

Banner: The federal government has released new legally binding legislation that commits Canada to reaching net-zero emissions by 2050. However, experts are raising questions about the government's short-term goals and what accountability measures will be implemented. Photo: Justin Trudeau / Flickr
We hear it time and time again:
“These are the stories that need to be told and you are some of the only ones telling them,” John, a new member of The Narwhal, wrote in to say.