In our latest newsletter, we dive head-first into a battle over an aging underwater pipeline that cuts through the Great Lakes

By Arik Ligeti
Share
The Mackinac Bridge extends over the Strats of Mackinac near the location of the Line 5 pipeline. Photo: Aaron Burden on Unsplash

Michigan’s governor wants it shut down. Enbridge has taken the fight to court. And Canada’s federal government is “watching this like a hawk.”

As the battle over the 65-year-old pipeline picks up steam, we’ve got just the explainer to help you make sense of it all, courtesy of whip-smart cross-border nerd journalist Hilary Beaumont.

You might recognize Hilary’s name from our blockbuster reporting last year about residents of the twin Ontario-Michigan cities of Sault Ste. Marie waging a battle against cancer amid plans for a ferrochrome plant in their backyard.

This time around, Hilary brings her expertise to a story about a different kind of threat in the Great Lakes region: the massive impacts that would come with an oil spill from the segment of Line 5 that runs deep underwater.

Scientists, conservationists and Indigenous people have spent years calling for the retirement of the pipeline, which carries natural gas liquids and crude oil from Alberta and Saskatchewan through Michigan to Sarnia, Ont. 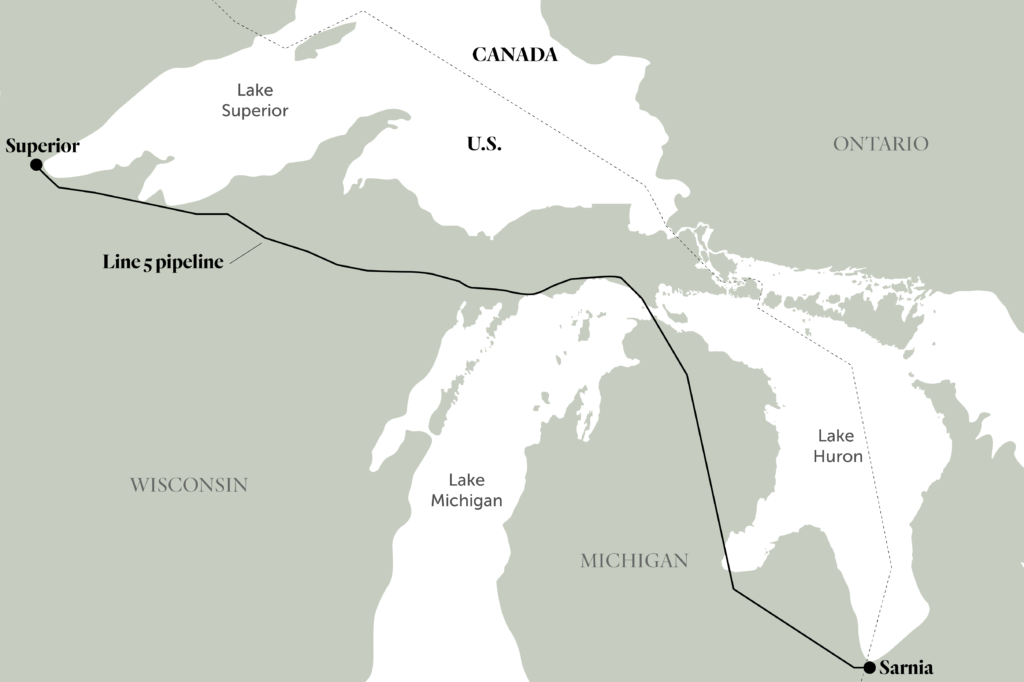 Every day, Line 5 moves 540,000 barrels of natural gas liquids and crude oil from Alberta and Saskatchewan through Michigan to Sarnia, Ont. Map: Carol Linnitt / The Narwhal

One simulation project examining 840 possible spills found more than 1,100 kilometres of Michigan shoreline would be at risk in the event of a Line 5 rupture, not to mention Ontario’s Manitoulin Island and Bruce Peninsula. Michigan Governor Gretchen Whitmer, meanwhile, says the pipeline poses an “unreasonable risk.” In short: the consequences of a spill in the Great Lakes would be devastating.

While all this political storming goes on above water, in recent years divers have peeked below the surface to check out the actual condition of the line in the lakes. They found some of the struts used to anchor the pipeline are broken, evidence of numerous anchor strikes that very luckily didn’t puncture the line and an infestation of acid-spewing invasive mussels that can corrode the pipeline’s surface.

So why are Enbridge and Canadian politicians fighting for its survival? For one: jobs in Sarnia, which is a major hub for oil and gas refineries. Then there’s where the fuel is used: in homes for heating, at the gas pump and at airports as jet fuel.

Some have warned that closing the pipeline could lead to an energy crisis in Ontario and Quebec. But Line 5 critics say that despite protestations from politicians and Enbridge itself, there are alternatives at hand.

If Michigan has its way, Line 5 will be forced to close on May 12. We’ll be keeping our eyes peeled for the latest developments.

The ’whal on the ’gram

Fun fact: did you know our Alberta reporter Sharon J. Riley got her start in journalism around the age of 10, when she contributed to her mom’s goat magazine? (And you thought The Narwhal was niche.)

That’s just one of the delightful tidbits you can get by following us over on Instagram, where our assistant editor Josie Kao is cooking up boatloads (goatloads??) of good content.

Make sure to check out the IGTV tab to catch up on all our Instagram Live events, including a Q&A with Josie and conservation scientist Aerin Jacob, who’s been busy mapping Canada’s conservation hotspots in need of protection. 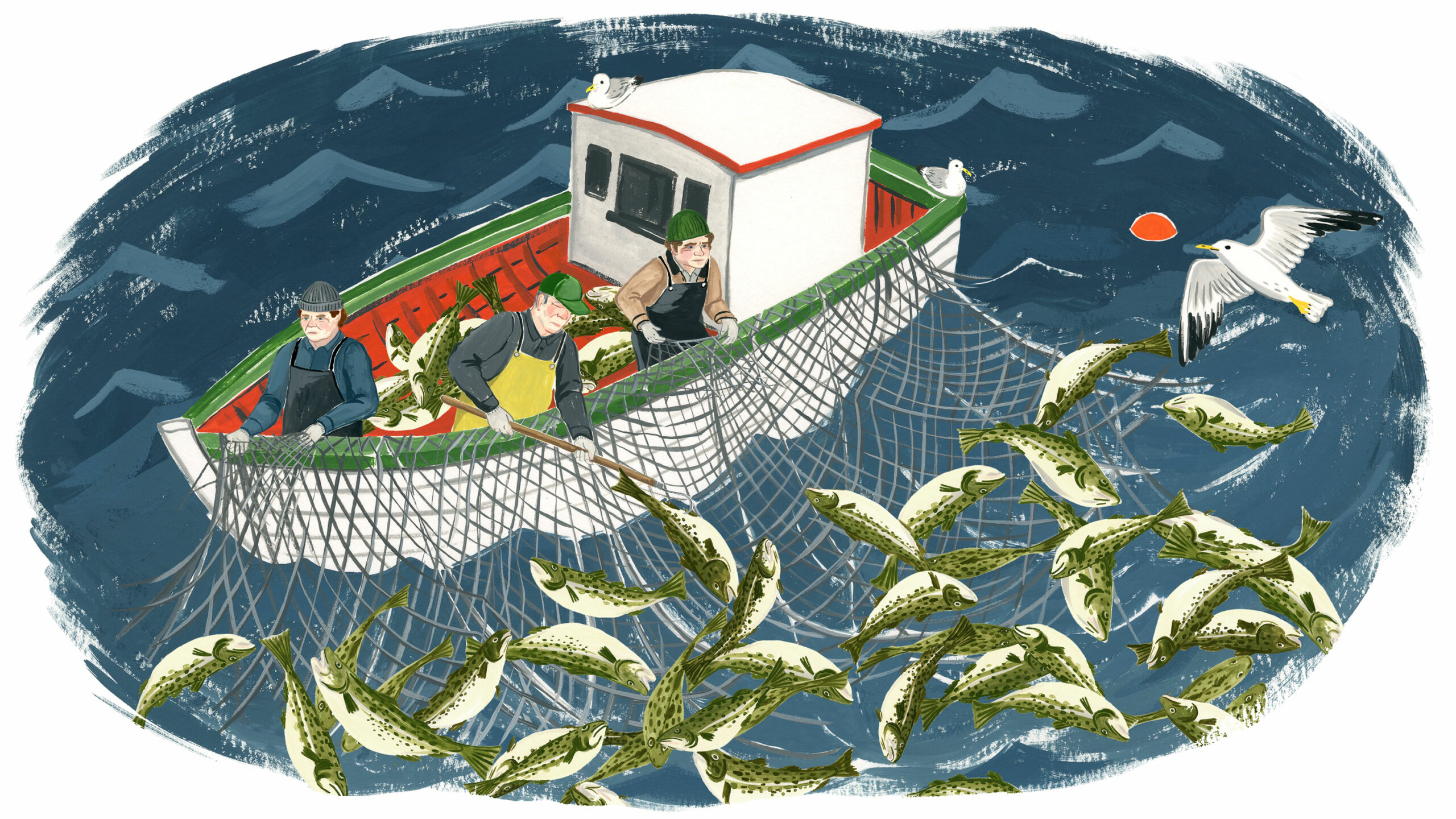 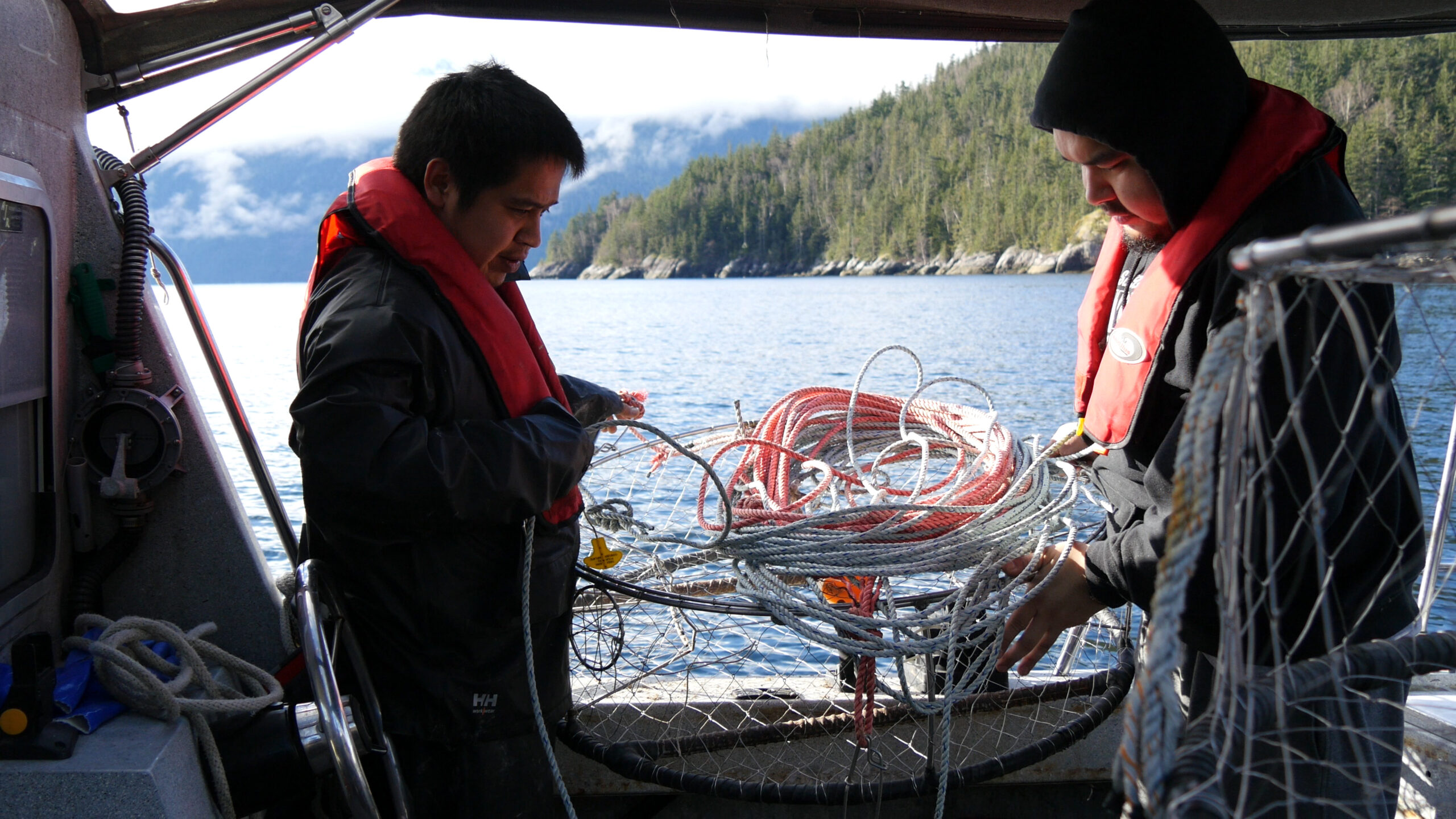 In a landmark decision, an agreement has been reached to close 17 Dungeness crab harvest sites on the central coast to commercial and recreational fishing. Read more. 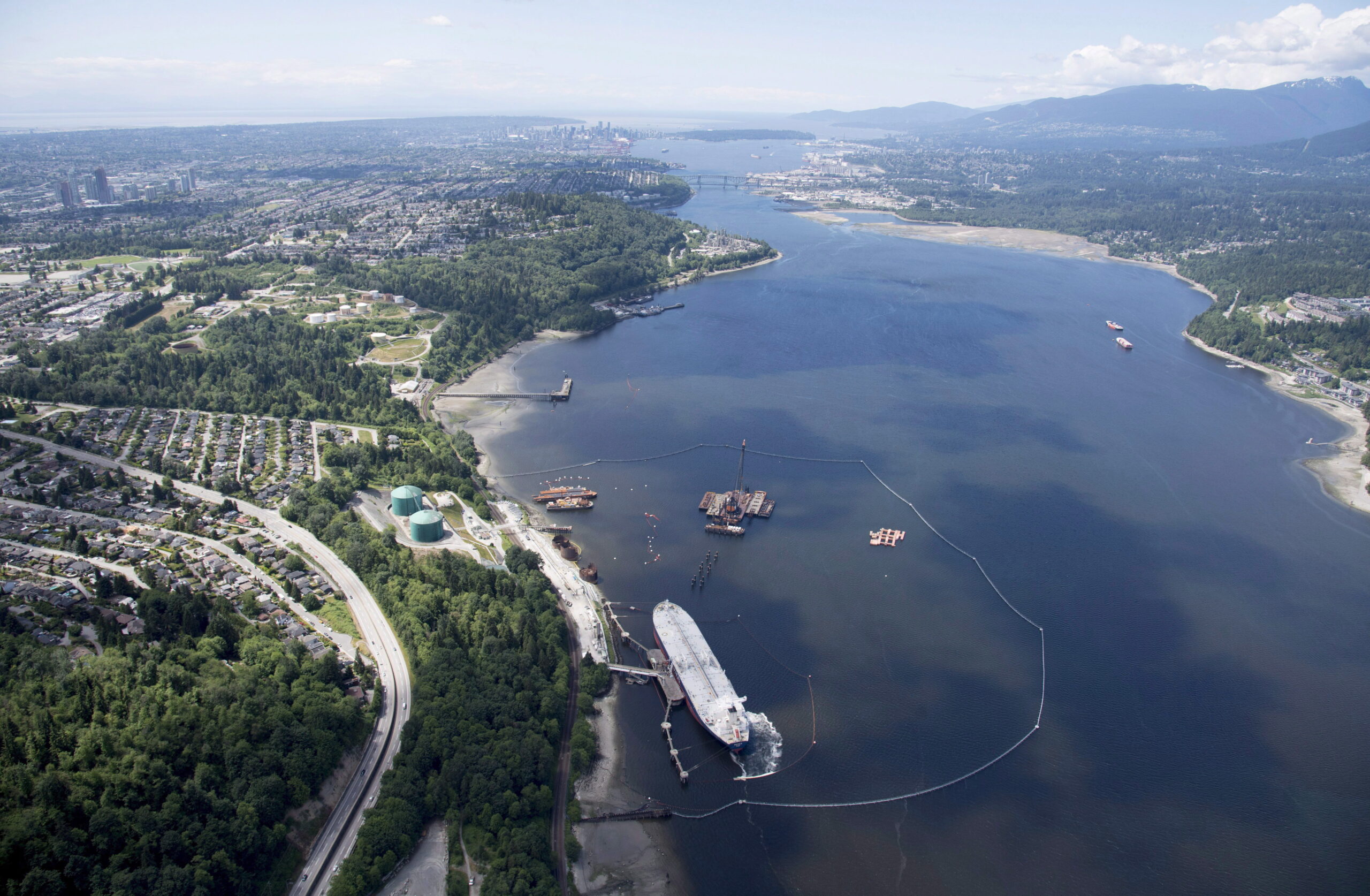 In advance of granting new environmental certificates for the pipeline’s expansion project, the province has an opportunity to demand more detailed information on oil spill response preparedness from Trans Mountain. But critics say that’s not happening. Read more.

Can you be a capitalist and save the world at the same time? That’s the question posed in the latest edition of The Globe and Mail’s climate newsletter. Tariq Fancy was hired to work as the chief investment officer for sustainable investing at Blackrock, which manages nearly US$9 trillion in assets. Fancy now says he realizes so-called sustainable investing is a “deadly distraction” from the threats posed by climate change.

We’re going to be shouting out some more stories from The Globe in this space that we think you’ll like. And if you sign up for Globe Climate, you’ll also see mentions of The Narwhal’s reporting. We’re excited to see our journalism reach a wider audience — and we hope you are, too!

When you’re checking on the state of old pipes. Tell your friends to dive head-first into our reporting by subscribing to our newsletter.

Banner: The Mackinac Bridge extends over the Strats of Mackinac near the location of the Line 5 pipeline. Photo: Aaron Burden on Unsplash
Published By