By Peter S. Ross
This article was originally published on The Conversation.
Share
Synthetic fibres making their way into the Arctic Ocean are threatening the way of life for Inuit and other communities in the North. Photo: L.W. / Unsplash

The Arctic has long proven to be a barometer of the health of our planet. This remote part of the world faces unprecedented environmental assaults, as climate change and industrial chemicals threaten a way of life for Inuit and other Indigenous and northern communities that rely heavily on seafood and marine mammals for food.

But who would have imagined that the clothes we wear might add to this onslaught? Evidence increasingly shows that tiny synthetic fibres are permeating the Arctic Ocean and finding their way into zooplankton, fish, seabirds and marine mammals.

In a new study published in Nature Communications, my colleagues and I find a stark confirmation that microplastics are found throughout the Arctic Ocean from Europe to the North Pole and the North American Arctic. Their presence raises concerns that textiles, laundry and municipal wastewater may be an important source of these emerging pollutants.

Our research was led by a a team at Ocean Wise Conservation Association in Vancouver, and supported by field teams from Fisheries and Oceans Canada. We collected seawater samples from just below the surface of the Arctic Ocean as part of four scientific expeditions stretching from Tromsø, Norway, to the Beaufort Sea in North America.

A total of 71 near-surface samples were collected across the Arctic. We also collected 26 samples from the Beaufort Sea from just below the surface down to a depth of 1,015 metres. We then filtered and analyzed the samples back at the Ocean Wise Plastics Lab using microscopes and spectroscopy to identify plastic polymers. 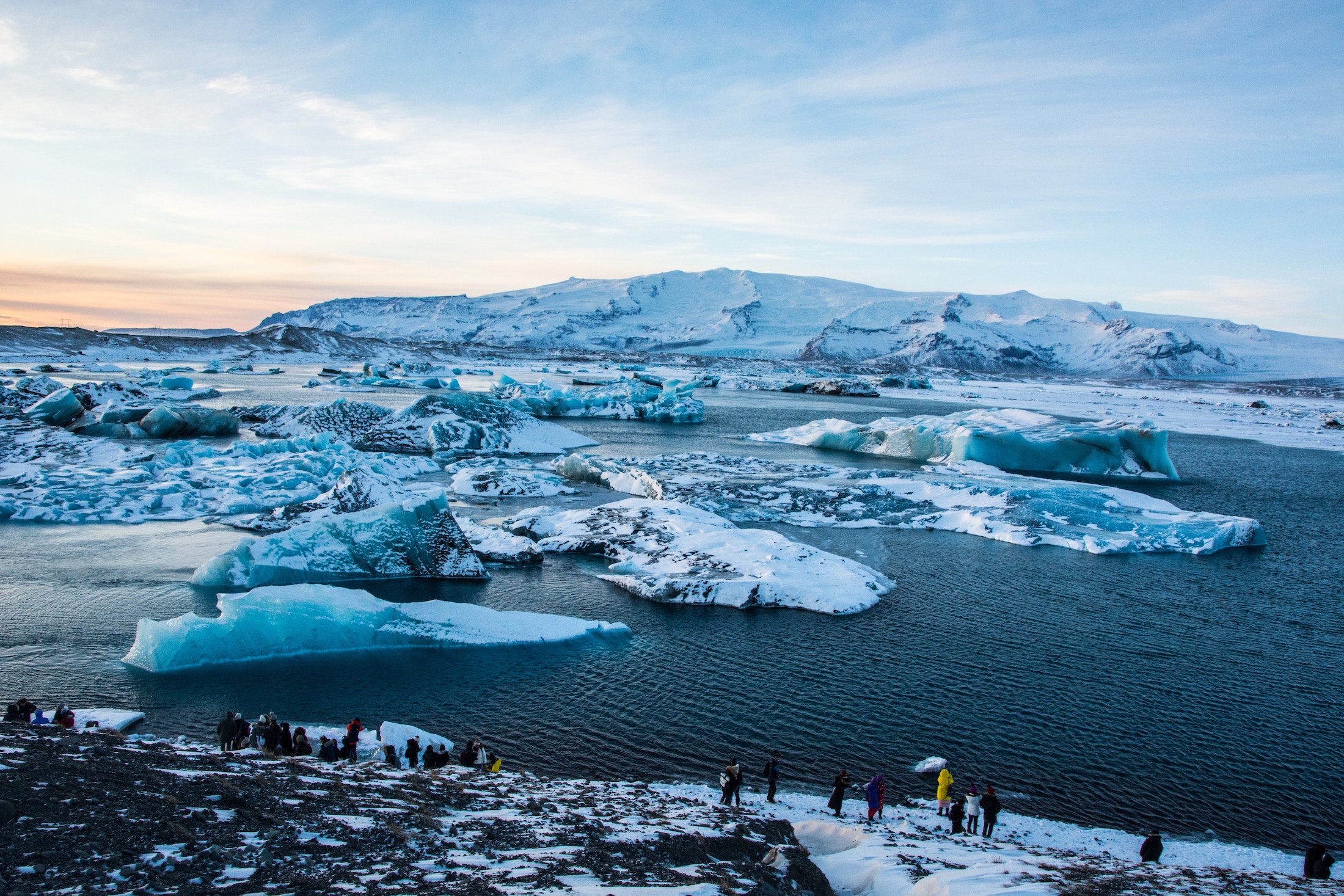 Researchers sampling seawater from the Arctic found that 73 per cent of microplastic fibres found were polyester, pointing to textiles and laundry wastewater as a significant source of pollution. Photo: Alec Cooks / Unsplash

Microplastics are particles less than five millimetres long. We found an average of 49 microplastic particles per cubic meter of seawater throughout the Arctic, illustrating just how widespread synthetic plastic pollution has become in this remote region. This is lower than concentrations found in more urbanized regions in the South, but approaching levels found in the open Pacific and Atlantic Oceans.

Of these, 92 per cent were fibres, averaging 14 microns (0.014 mm) thick and 1,100 microns (1.1 mm) long. We documented every colour imaginable: red, blue, yellow, green…. But perhaps the most striking finding in the lab was that 73 per cent of these fibres were polyester.

Tracking the source of mystery fibres

Our research expedition covered more than 20,000 kilometres and provided clues as to the origins of these fibres. Their widespread distribution points to sources outside the Arctic, rather than local ones. 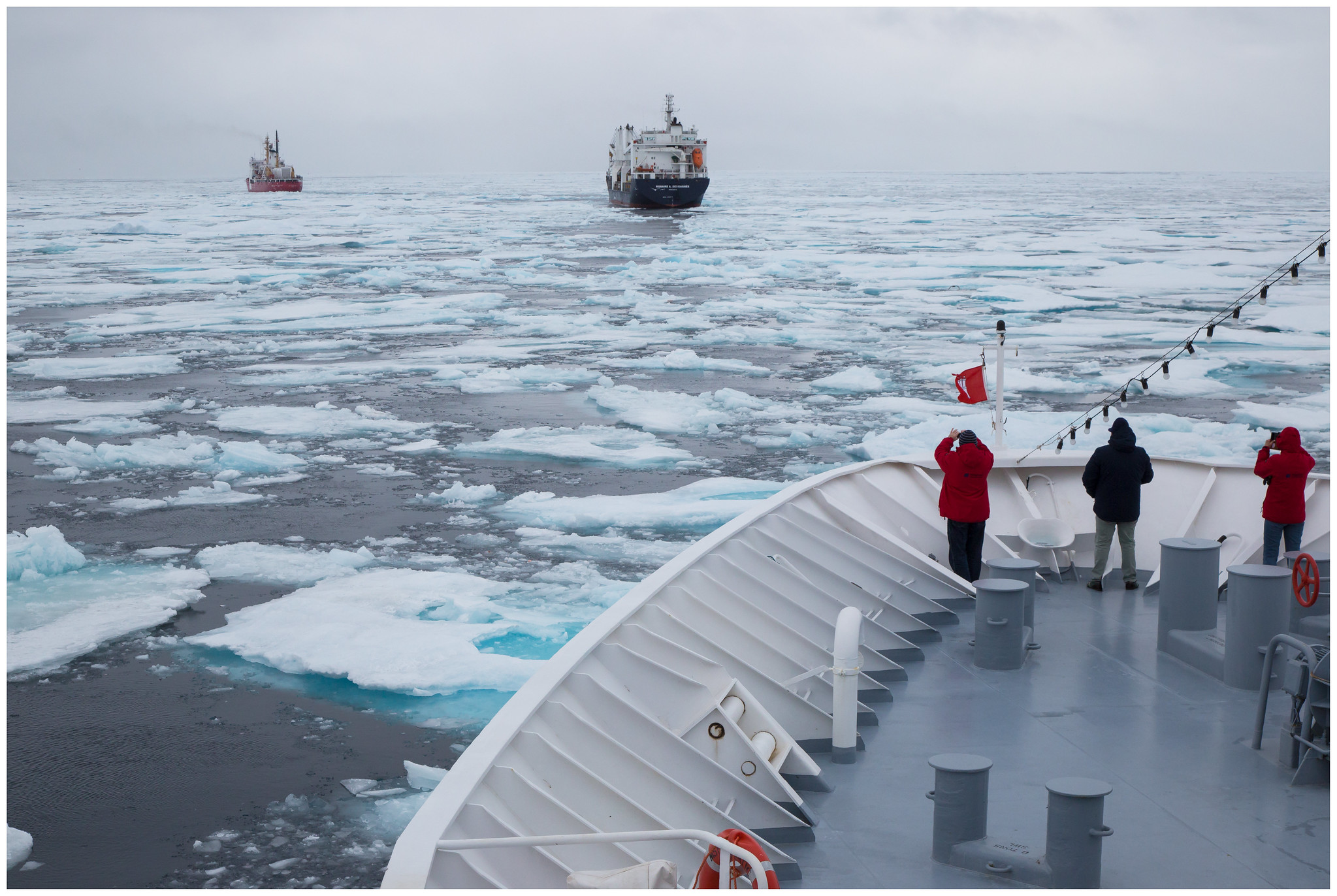 The researchers found a higher concentration of fibres in the eastern Arctic which likely originated from the Atlantic Ocean. Photo: Martha de Jong-Lantink / Flickr

The size, shape, colours and polymer identity of the majority of these particles provide additional indications of their origins. These physical characteristics closely resembled what we encountered in our 2018 study of microplastics in the largest domestic wastewater treatment plant in Vancouver.

The size and shape of these fibres also closely mirrored those observed in laundry effluent, and builds on a series of studies showcasing the vulnerability of textiles to shedding during home laundry. In fact, we recently estimated that the average Canadian or U.S. household releases over 500 million fibres per year from laundry. This adds up to 3.5 quadrillion fibres weighing 878 tonnes from these two countries alone.

Not all textiles shed equally

The weight of evidence points to something most of us could not even imagine: that washing our clothes is contributing to the widespread contamination of the world’s oceans with microfibers — both synthetic and natural. There is a glimmer of hope, though, as we see many textile design, manufacture and retail firms steeping onto the sustainability path.

In launching our Microfibre Partnership — now supported by organizations in Canada, the United States and Europe, including MEC, Patagonia, REI, Arc’teryx, the Outdoor Industry Association, Joe Fresh, Aritzia, Cotton Inc., McLean Foundation, Laudes Foundation, MetroVancouver and Environment and Climate Change Canada, we have discovered that not all textiles shed equally. In fact, an 800-fold difference between low and high fibre shedding material points to a significant opportunity for more sustainable clothing design.

And there is much more opportunity for positive momentum, with governments working around the world on a legislative agenda for plastics. Canada launched the Ocean Plastics Charter at the G7 in 2018.

Consumers and homeowners are stepping up, too, as the world increasingly embraces a closed-loop economy for plastics, where items are reused or recycled instead of thrown away. In the case of laundry, one can install a lint trap that reduces fibre release from washing machines by up to 95 per cent.

There is much bad news about the environment these days, but our report about microplastics in the Arctic can help us chart a clear set of solution-oriented opportunities for the public, for governments and for the private sector.

Banner: Synthetic fibres making their way into the Arctic Ocean are threatening the way of life for Inuit and other communities in the North. Photo: L.W. / Unsplash

Peter S. Ross
Peter S. Ross is an adjunct professor, Earth, Ocean and Atmospheric Sciences at University of British Columbia....
This article was originally published on The Conversation.