Why we’re taking the U.S. government to court over the Arctic National Wildlife Refuge

Our lawsuit argues the review of oil and gas development failed to value Indigenous rights and threats to wildlife, as Trump moves forward with lease sales in vital cross-border caribou habitat

By Malkolm Boothroyd
Share
The lawsuit argues the U.S. Department of Interior failed to take into account how drilling in the Arctic refuge would affect the Gwich’in way of life, including dependence on the Porcupine caribou herd. Photo: Ken Madsen

Malkolm Boothroyd is a writer, photographer and campaigns coordinator for the Canadian Parks and Wilderness Society Yukon chapter.

Two years ago I sat in a windowless convention hall in Anchorage, Alaska, breathing stale air, waiting my turn to speak about the most vibrant place I’d ever visited, the Arctic National Wildlife Refuge. High-ranking officials from the U.S. Department of Interior sat at the front of the room, emotionless as speaker after speaker described the importance of the Arctic refuge — for caribou, birds, polar bears, and Indigenous communities across the North that depend on the Porcupine caribou herd.

The Interior Department had just begun its environmental review of oil and gas leasing on the Coastal Plain of the Arctic refuge. But even back then, the outcome seemed to have already been determined. The people in charge of the environmental review were closely tied to the oil industry, and the President of the United States had repeatedly claimed opening the Arctic refuge to drilling as one of his proudest accomplishments. All signs pointed towards a rushed and cursory review. 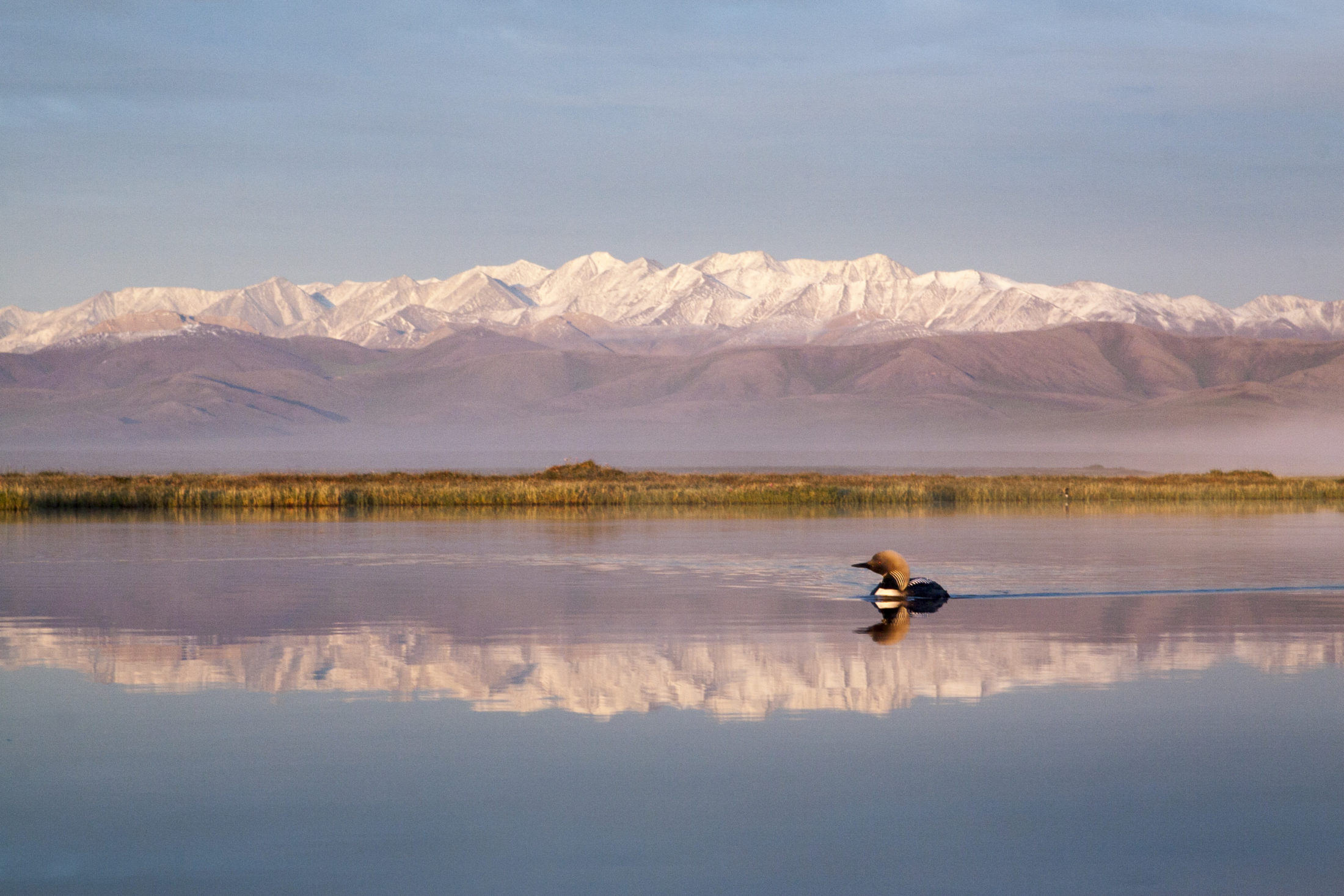 Pacific loons are among the many waterfowl that migrate to the Coastal Plain of the Arctic National Wildlife Refuge. Photo: Malkolm Boothroyd / malkolmboothroyd.com

Last week the Interior Department released its Record of Decision, bringing its environmental review to a close. To nobody’s surprise, the department gave the go-ahead to the most aggressive scenario imaginable: one that would offer up the entire Coastal Plain to oil companies, and place the fewest restrictions on drilling. This week, we responded. Thirteen groups, CPAWS Yukon included, are taking the Department of Interior to court. The lawsuit is led by the Gwich’in Steering Committee, and will be argued by lawyers from Trustees for Alaska, a public interest environmental law group. Earthjustice and the Natural Resources Defence Council have filed a second lawsuit.

Our lawsuit challenges the legality of Interior’s environmental review. For example, the environmental review gave little heed to the seven original purposes of the Arctic refuge, like protecting wildlife, wilderness and subsistence. Instead it shaped its environmental review to accommodate an oil and gas leasing program, an eighth purpose that was only added in 2017 when the U.S. Congress opened the refuge to drilling. We allege that the Department of Interior broke the law by disregarding the refuge’s original purposes and failing to safeguard those purposes through the design of its oil and gas leasing program. 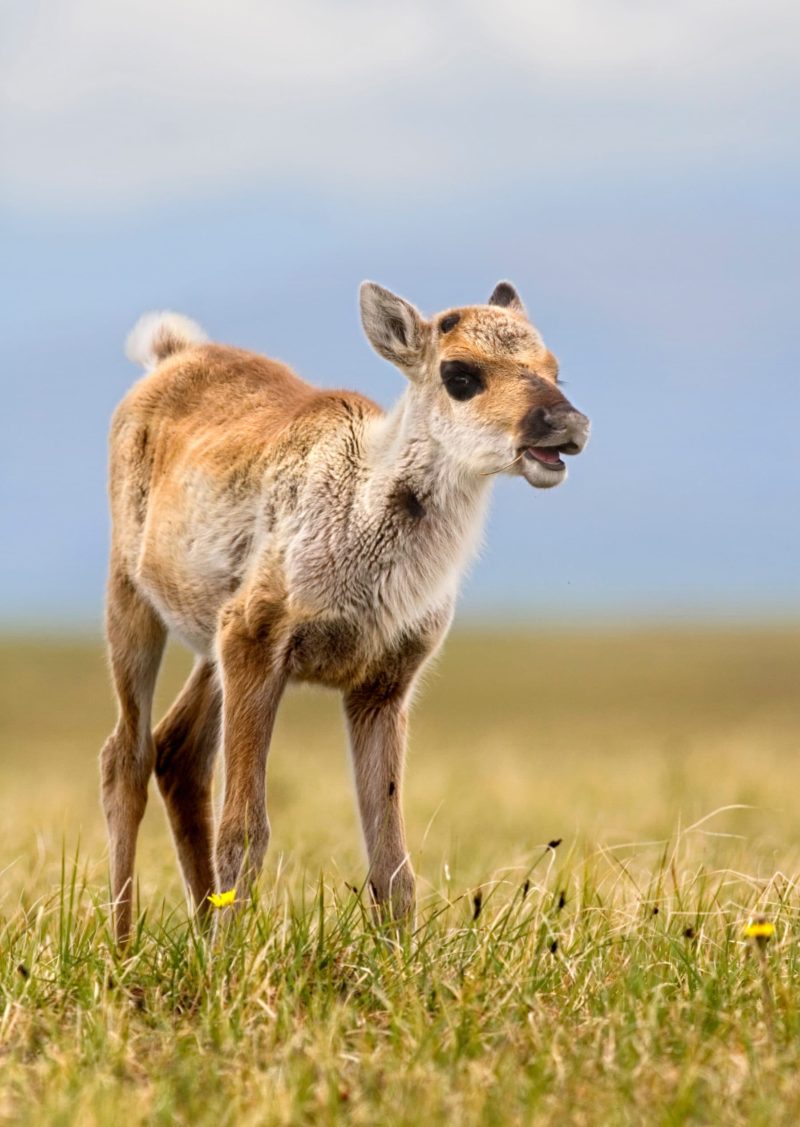 A calf from the Porcupine caribou herd that migrates between Alaska, northern Yukon and Northwest Territories, and is harvested by Gwich’in communities there. Photo: Malkolm Boothroyd / malkolmboothroyd.com 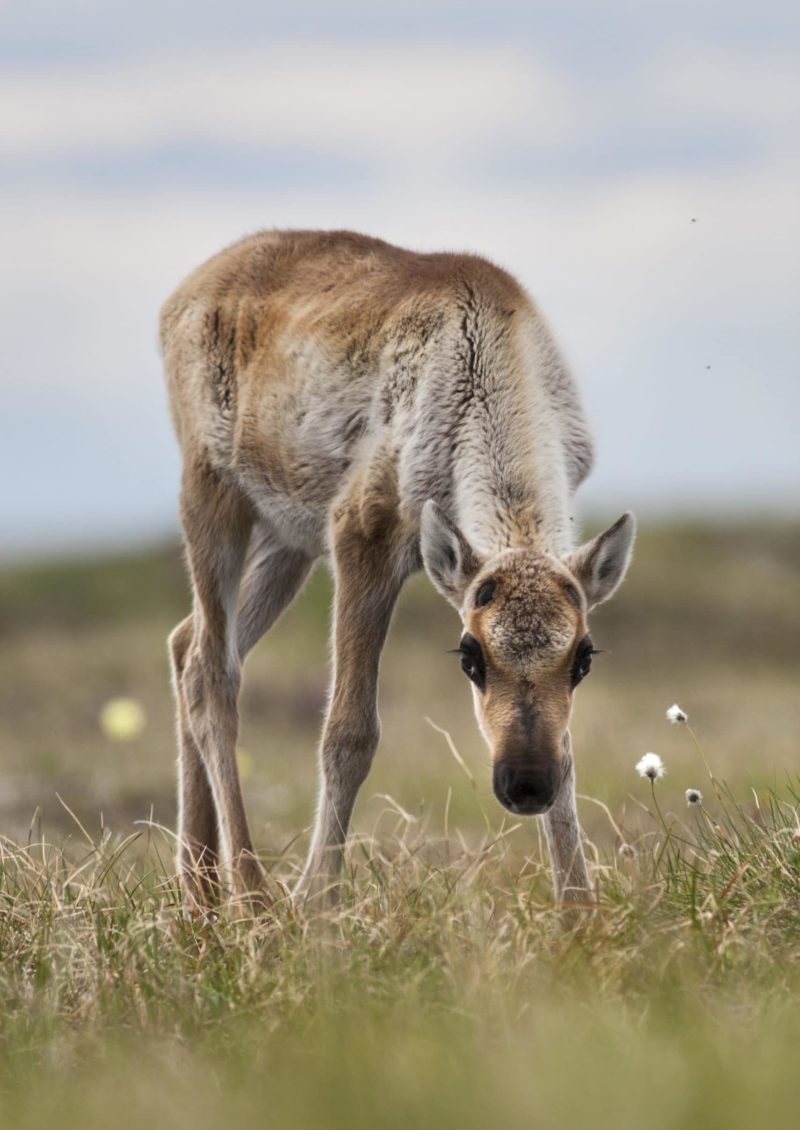 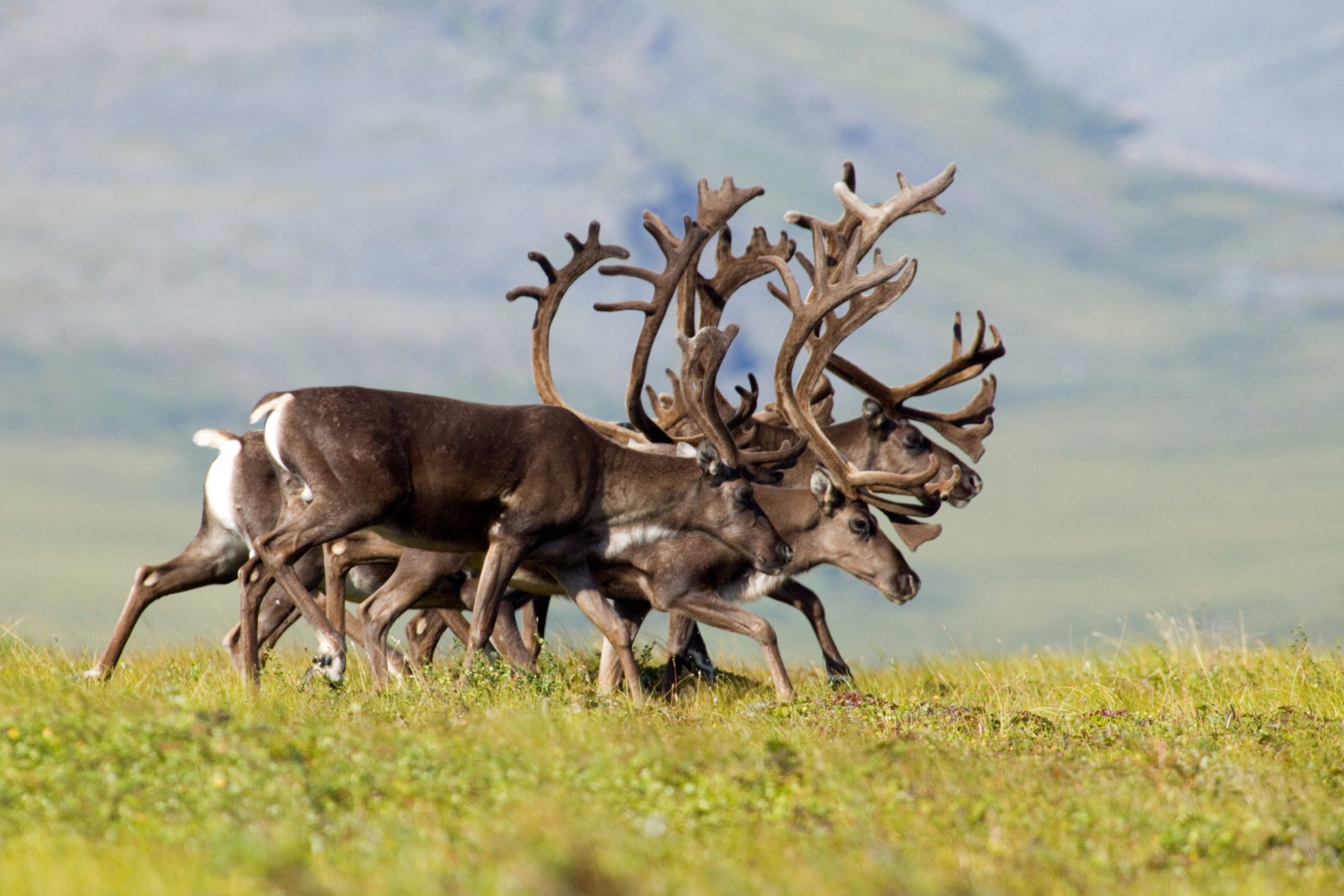 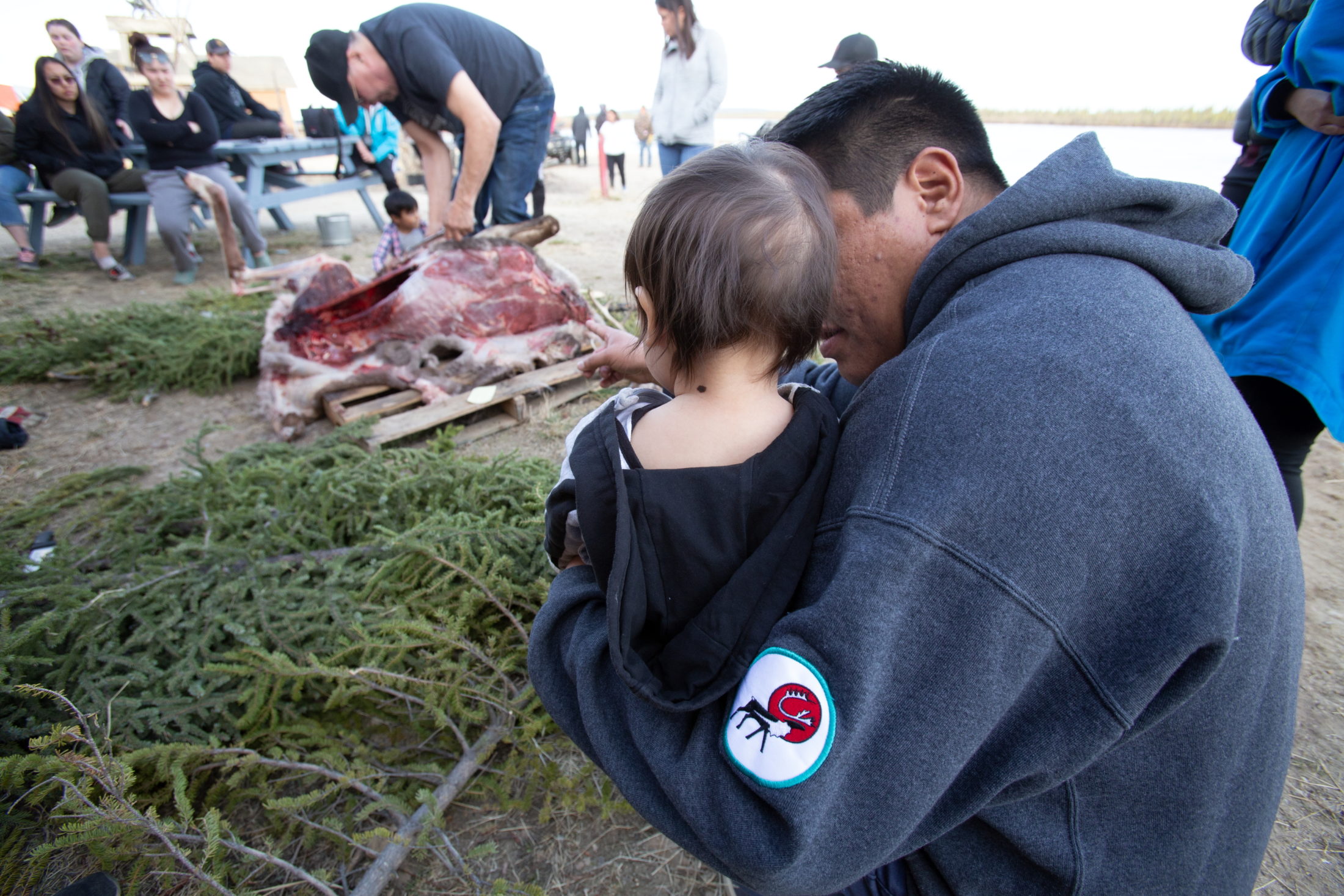 The coming months will be pivotal for the Arctic refuge — with lawsuits, a potential lease sale and the U.S. election all looming. At the same time we’re working on a parallel strategy, pressuring Canadian banks to rule out financing for Arctic refuge drilling. Our allies in the United States are pressuring corporations there to do the same, and five of the six largest U.S. banks have agreed.

Autumn is spreading across the Arctic, and most of the caribou have departed from the Coastal Plain. I hope that by the time the caribou return next spring, the future of the Arctic refuge will be much more secure than it is today.

Banner: The lawsuit argues the U.S. Department of Interior failed to take into account how drilling in the Arctic refuge would affect the Gwich’in way of life, including dependence on the Porcupine caribou herd. Photo: Ken Madsen