On April 1, 2013 Canada will lose its sole marine contaminants research program. The loss comes as a part of a massive dismantling of science programs at the Department of Fisheries and Oceans announced in May of 2012.

Peter Ross, lead researcher at Vancouver Island’s Institute for Ocean Sciences, is a recent casualty of the sweeping science cuts moving across the country.
In this second installment of DeSmog Canada’s interview with Ross, he discusses the importance of the scientific method as a bulwark against bias in policy-making, the danger of industrial pollutants in marine habitats, and what killer whales can tell us about our society.
Ross also talks about why science plays an essential role in understanding what our environments are telling us. Science gives us the ability to gauge our environmental impact and, importantly, how to alleviate that impact. If we wait for our iconic species to be the ‘canary in the coalmine’ for our increasingly industrialized society, we have commit ourselves to a losing battle.
[view:in_this_series=block_1]
As Ross says: “If we're going to wait for the caribou to die, or for the killer whales to die, to save ourselves, then I would argue it's too late, because those animals … are not going to give us advance warning of a looming threat to humans, they're going to tell us it's too late.”
For Part 1 of the interview, click here. 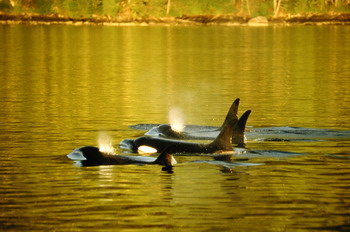 We had a very strong insight into what it meant in terms of the biology of the animal and that was very, very important. We published that story twelve years ago now. That was the publication that showed that the transient killer whales and the southern resident killer whales were essentially the most PCB-contaminated marine mammals on the planet. Transient killer whales had three times higher level than the beluga whales in the Saint Lawrence. Until that, those beluga were thought to be the most contaminated. That story had resonance internationally and here in the region. We quickly set about trying to figure out why they were so contaminated, and whether it was affecting their health. Over the last twelve years our work has helped to answer a lot of those questions.
CL: When you’re look at the way that our social behaviour and industrial activity affect nature, do you feel this sort of research helps us gauge the successes and failures of society? 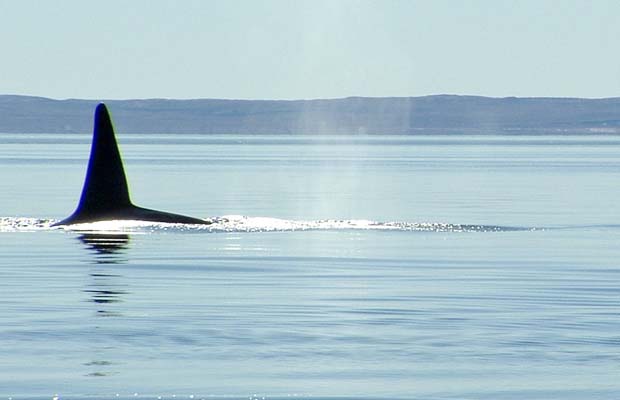 PR: Well there's no question. There’s no industrial sector that would say, “Hey, that chemical that I produced has a benefit for killer whales.” None of these chemicals were designed to end up in killer whales. What killer whales are reminding us of are our mistakes. Our failures from a regulatory or a risk assessment stand point. Or maybe just a failure to pay attention and care about what's happening in the oceans.
CL: That's probably something a lot of scientists that work with specific species across Canada would agree with. I've spoken with scientists who are working on the rapid disappearance of caribou in Alberta. They say that caribou are the canary in the coalmine and help us understand the impacts of large industrial projects on the entire ecosystem.
PR: Well that's right. But unfortunately there's one problem with the canary in the coalmine analogy. Miners had to rely on the canary dying to warn them there was a problem with methane or carbon dioxide. In dying, the canary provided a warning for humans. If we're going to wait for the caribou or the killer whales to die to save ourselves, then I would argue it's too late. These animals have such important needs in terms of habitat, they are not going to give us advance warning of a looming threat to humans, they're going to tell us it's too late.
CL: Do you feel there's room for progress in terms of marine contaminants, for example?
PR: Absolutely. You know it's funny. A lot of people find our work troubling. I turn around say, “Well, maybe that's the intent.” But at the same time, whenever we learn more about these things, or we conduct this sort of research, or we publish these studies, we're identifying a problem. And once you identify the problem, you can enact a solution, whether it's regulation, management, source control, changing a process or an activity, or improving the conduct of households, consumers and shoppers.
If we look back at a lot of the mistakes that we've made in the past – whether it was dioxins, PCBs, DDT or CFC's  once we identify the problems, and that was through science, then we had management turn around and enact changes. What we see as we look back, is a problem emerge, be identified, and then gradually lessen as we made a decision to ban PCBs, DDT, CFCs or dioxins, or to regulate their release or production. Once we started doing this, we saw dramatic improvements in the health of marine mammals, sea birds, or fish-eating birds that were being affected by, for example, DDT. So yes, not always a nice story when you read about pollution. But at the same time, how else are you going to solve things and make a better environment for tomorrow?
CL: So, if we are pulling back from research that identifies problems, that means also we are not engaging in solutions, because the two go hand in hand?
PR: We won't be able to define our solutions because we won’t know what the problems are, yes. That's basically it.
Image Credits: Photo of Peter Ross by Lizzy Mos, used with permission. Orca photos courtesy of Department of Fisheries and Oceans Canada.