With BC Hydro reporting 12 workers with flu-like symptoms, city councillors, First Nations chiefs and local community members are calling for an immediate suspension of work on the project
Sarah Cox
Mar 26, 2020
10 min read

BC Hydro has continued to fly people to Fort St. John from across B.C. and Alberta to work on the Site C dam project, despite mounting concern in the local community about potential COVID-19 contagion as most Canadians are told to stay home and practise social distancing.

Fort St. John’s mayor and city councillors didn’t mince words on Tuesday at a special council meeting that declared the pandemic a local emergency, briefly granting the city extraordinary powers such as the ability to manage people’s movements and to ration.

“If for some reason there was an outbreak at Site C our hospital would be inundated with patients that we could not handle, that our health system could not handle with the seven ventilators we have in the community,” councillor Trevor Bolin said during the meeting, which some councillors and the mayor joined remotely while others sat spaced apart in the council chamber. “They should just stop working until this is done … ”

“Site C is not a vital thing to our society,” said councillor Byron Stewart. “It is not an emergency service, it is not front-line service. It is a structure that’s being built. I personally would just like to see the province step in and shut it down, and send everybody home.”

Mayor Lori Ackerman said the Fort St. John hospital, which has 55 acute care beds and three ICU units, would be under “extreme pressure” if it had to accommodate sick people from outside the region as well as ailing local residents.

“This is not about not being compassionate, this is about ensuring the services to the community are safe and secure,” she said, emphasizing that her comments were directed at industry in general. Ackerman said fly-in fly-out workers should be “home with their families, self-isolating [with] their support systems.”

The ability of the city of Fort St. John to take local measures to deal with the pandemic was swiftly curtailed on Thursday as B.C. Minister of Public Safety Mike Farnworth, citing the need for a centralized provincial response, suspended all local states of emergency specific to the COVID-19 pandemic, except for the city of Vancouver.

“What we need to have is a coordinated response right across the province so we don’t have a patchwork response,” Farnworth said at a press conference.

But even though the province issued a new series of ministerial orders on Thursday to ensure a coordinated response across all levels of government for the duration of the provincial emergency — including orders related to the supply chain for essential goods and services, consumer protection and enforcement of orders for business closings and gatherings — it hasn’t taken steps to shut down work camps for industrial projects such as LNG Canada, Teck Resources’ Elkview coal mine, the Coastal GasLink pipeline and the Site C dam.

LNG Canada said it had reduced its workforce in Kitimat by half in response to the pandemic, leaving approximately 875 workers. Coastal GasLink, the company building the pipeline to supply fracked gas for the LNG Canada export project, said it has reduced its workforce from 1,200 to 400. Teck also reduced the workforce at its four Elk Valley coal mines by 50 per cent for a period of two weeks.

BC Hydro said it sent home 700 workers from the Site C project as part of efforts to scale down construction during the pandemic. As of March 25, there were 875 people staying at the Site C dam camp, with 12 in “self-isolation” due to flu-like symptoms, according to BC Hydro.

The Union of BC Indian Chiefs is calling on the B.C. government to take immediate action to halt all Site C dam construction due to the risk COVID-19 poses to workers and nearby Indigenous and non-Indigenous communities in northeast B.C.

“Given the close quarters and inevitable contact points at the 1,600-worker camp, an outbreak of COVID-19 would be disastrous and with dire implications for nearby communities, including First Nation communities,” Grand Chief Stewart Phillip and two other members of the union’s executive wrote in a letter on Thursday to B.C. Health Minister Adrian Dix and Premier John Horgan. 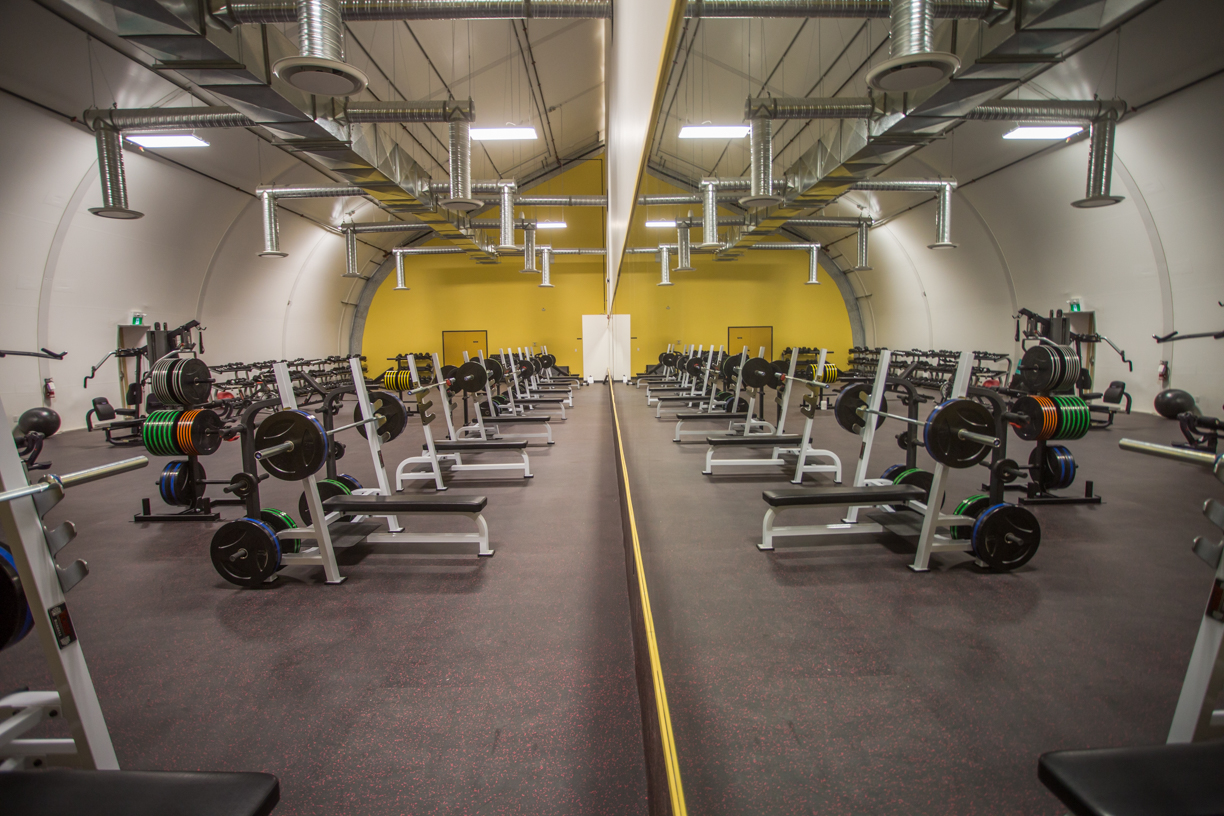 “We are informed that there is an extreme shortage of health services in northeast British Columbia, with virtually no hospital beds available to handle an outbreak in Fort St. John or nearby Indigenous and non-Indigenous communities,” said the chiefs, pointing to a recent BC Hydro news release saying work continues on building tunnels to divert the Peace River, transmission lines, highway construction and tree clearing.

“This negligence and irresponsible continuation of construction places the welfare of workers and communities at an unacceptable risk and is utterly inconsistent with the health advice provided by Provincial Health Officer Dr. Bonnie Henry,” the chiefs said.

The $470 million Site C camp, on the banks of the Peace River, is staffed by local workers, including from Indigenous communities, who cook, clean, make beds and normally provide services such as haircuts, personal training and trips to Fort St. John, six kilometres away, on a “Site C leisure bus.”

The leisure bus is now carrying an average of two passengers who need to get groceries or personal items from Fort St. John, BC Hydro spokesperson Tanya Fish said in an email.

Also in keeping with public health guidelines, the camp dining room has been segregated into five sections in which no more than 50 people can be present at one time, according to the fact sheet.

In light of mass buying of toilet paper and food as Canadians react to the pandemic, BC Hydro reassured workers that its contractor “has been working closely with its key suppliers to ensure there is no disruption to the supply chain.”

It also told workers “if someone is really ill with the virus, they will be safely transported to the Fort St. John hospital for treatment and care.”

Fish said if a Site C worker tests positive for COVID-19, staff at the camp and its health clinic will follow strict protocols to help prevent the spread. “This includes the worker being quarantined and closely monitored by health clinic staff that will wear all appropriate protective equipment and follow protocols set out by the health authorities,” she said.

A worker prepares a pile extension as part of ongoing work at the Site C dam in February. Photo: BC Hydro

“Other protocols will be implemented, including delivering meals to the individual with disposable containers and utensils, which will be bagged and disposed of and strict cleaning schedules will be followed for the worker’s room and dorm.”

One full dormitory with 30 rooms has been designated for self-isolation and there are an additional four dormitories with 120 rooms that can be used if necessary, Fish said.

At the council meeting, Ackerman said the local state of emergency would become redundant if B.C. took additional measures to address the pandemic.

But the issue of fly-in fly-out workers was not addressed on Thursday by Farnworth and it is not clear what steps, if any, the city of Fort St. John can now take to deal with rising concerns about on-going industrial projects and local medical capacity during the pandemic. The next council meeting is scheduled for March 30.

BC Hydro did not respond to questions about how many workers staying at the camp have been tested for the novel coronavirus, or how many local workers may be self-isolating in their homes with novel coronavirus symptoms. COVID-19 test results in northern B.C. can take up to two weeks.

Asked what happened to four additional people who were in “self-isolation” at the camp with flu-like symptoms earlier this week, Fish said only that “these numbers do change daily as workers’ symptoms improve and they go back to work, or return home if their two-week shift schedule is over.”

BC Hydro also did not respond to questions about charter flights for the project.

The Narwhal has learned that BC Hydro charters planes from North Caribou Air and typically flies workers from Nanaimo, Vancouver, Kelowna, Calgary and Edmonton to Fort St. John for rotating shifts.

The planes land and take off from the North Peace Regional Airport, which has one small departure lounge also used by Air Canada, WestJet and Central Mountain Air passengers.

Jim and Margaret Little are two of the community members who have expressed alarm about the continued operation of the Site C project work camp, deemed an essential service by the provincial government even though energy demand in B.C. has been stagnant since 2005 despite a growing population.

“Most public facilities are now closed or with very limited openings,” the Littles wrote in a letter to Dix and provincial health officer Dr. Henry. “This project should be shuttered until such time that this pandemic has been controlled.”

The couple, a teacher and retired professional forester, pointed out most British Columbians have limited access to normal opportunities during the pandemic if they are following provincial orders.

“A significant number of employees move within B.C. to access and resource this project and this movement needs to be strictly controlled at this time,” the Littles said.

WorkSafeBC said it can’t provide information about the number of complaints related to COVID-19 it has received from workers at the Site C project, LNG Canada project or Coastal GasLink pipeline project, saying The Narwhal will have to file a Freedom of Information request to obtain details.

Workers in B.C. have the right to refuse unsafe work if they believe it presents an undue hazard, WorkSafeBC media relations spokesperson Ivy Yuen said in an email.

The lobby of the Site C work camp lodge. Photo: BC Hydro

The worker would have to report the undue hazard to their employer for investigation and the employers would then need to consider the refusal on a case-by-case basis, depending on the situation, Yuen said, noting that workers can also call WorkSafeBC’s prevention information line.

WorkSafeBC inspection activities will continue during the pandemic, including on construction sites, Yeun said.

WorkSafeBC can take enforcement measures when there is non-compliance with guidance from the provincial health officer or occupational health and safety requirements, Yuen noted.

“In terms of enforcement, WorkSafeBC will consider issuing orders for non-compliance, and may issue stop-work orders if there is a high risk of serious illness; penalties may be imposed for flagrant violations,” she said.

Even before the pandemic hit, the publicly funded Site C project was billions of dollars over budget and behind schedule, although BC Hydro has repeatedly said it is still on target to complete the dam by 2024.

Grasslands sequester billions of tonnes of carbon and support hundreds of plant species and over...

BC Hydro has classified the health of the most expensive public project in B.C. history...

After two years of stockpiling wood waste from logging, the Terrace Community Forest — a...