The battle to protect the heart of the Fraser River

Considered one of the most productive channels in the world, the lower Fraser and its unique islands provide important nurseries for juvenile fish, including endangered Chinook and prehistoric white sturgeon. But these islands are being bought, logged, diked and developed at a pace scientists and conservationists fear will upend the entire ecosystem
By Fernando Lessa
Share
A young adult white sturgeon, approximately 2.4 metres in length and an estimated 180 kilograms. The book, Heart of the Fraser, will include the first photo documentation of white sturgeon in the Fraser River. Photo: Fernando Lessa

At 1,375 kilometres, the Fraser River is the longest in British Columbia. Much of the province’s population is situated along the river’s meandering basin.

Its waters are home to countless species, including the prehistoric white sturgeon.

The 80-kilometre stretch between Mission and Hope, known as ‘the heart of the Fraser,’ is one of the most productive river channels in the world.

Yet the small islands in the heart of the Fraser, known as island nurseries for juvenile fish, are being logged and developed for agriculture in a manner scientists fear could be the undoing of this unique and fragile ecosystem.

This collection of photos is curated from the newly released book, The Heart of the Fraser, by Ken Ashley, director of the BCIT Rivers Institute.

The book, which includes a collection of essays, outlines the importance of this stretch of river for locals residents and Indigenous communities who are already witnessing the impact of climate change in its waters. 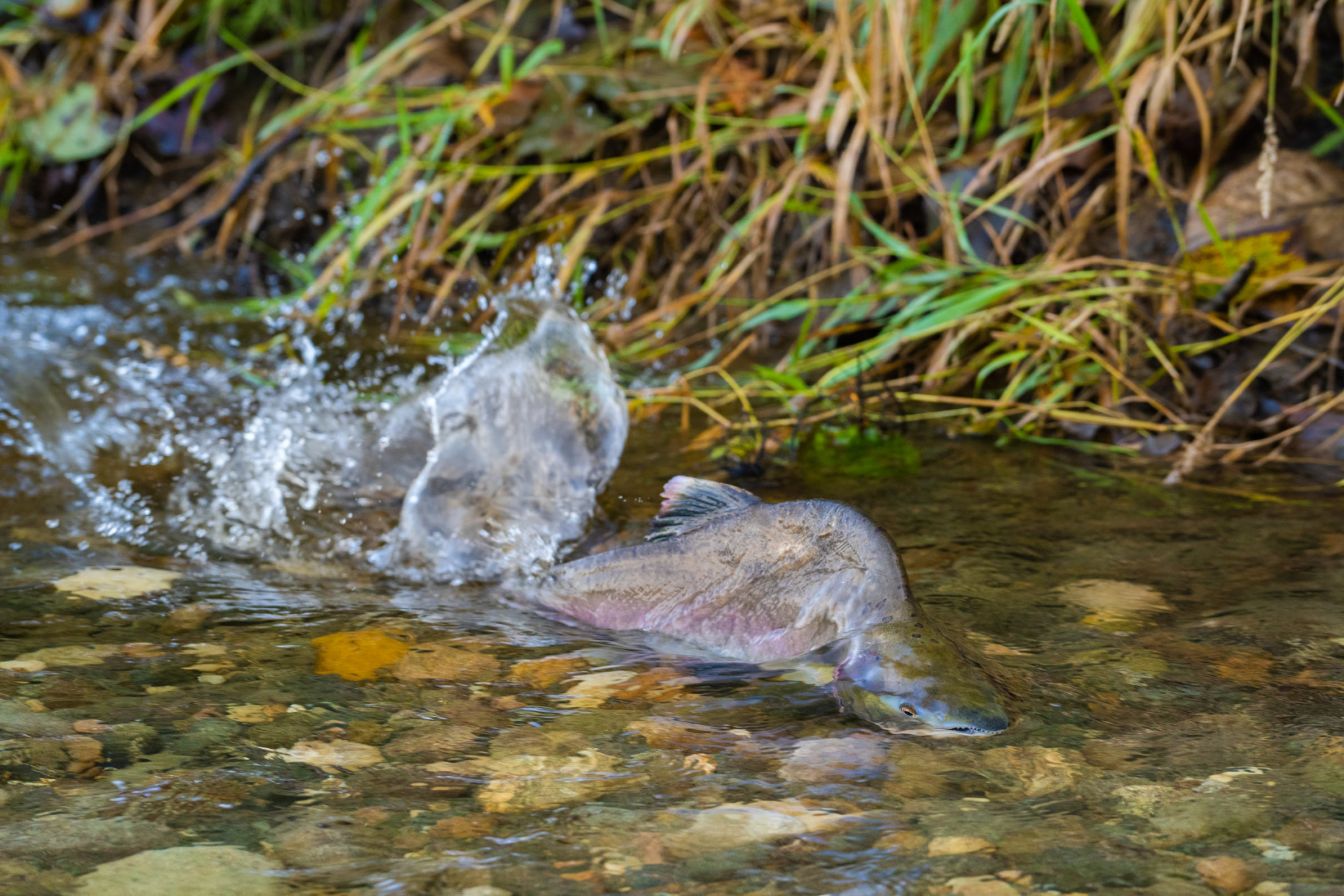 Pink salmon (Oncorhynchus gorbuscha) are also known as ‘humpies’ due to the big hump they develop during the spawning season. Photo: Fernando Lessa 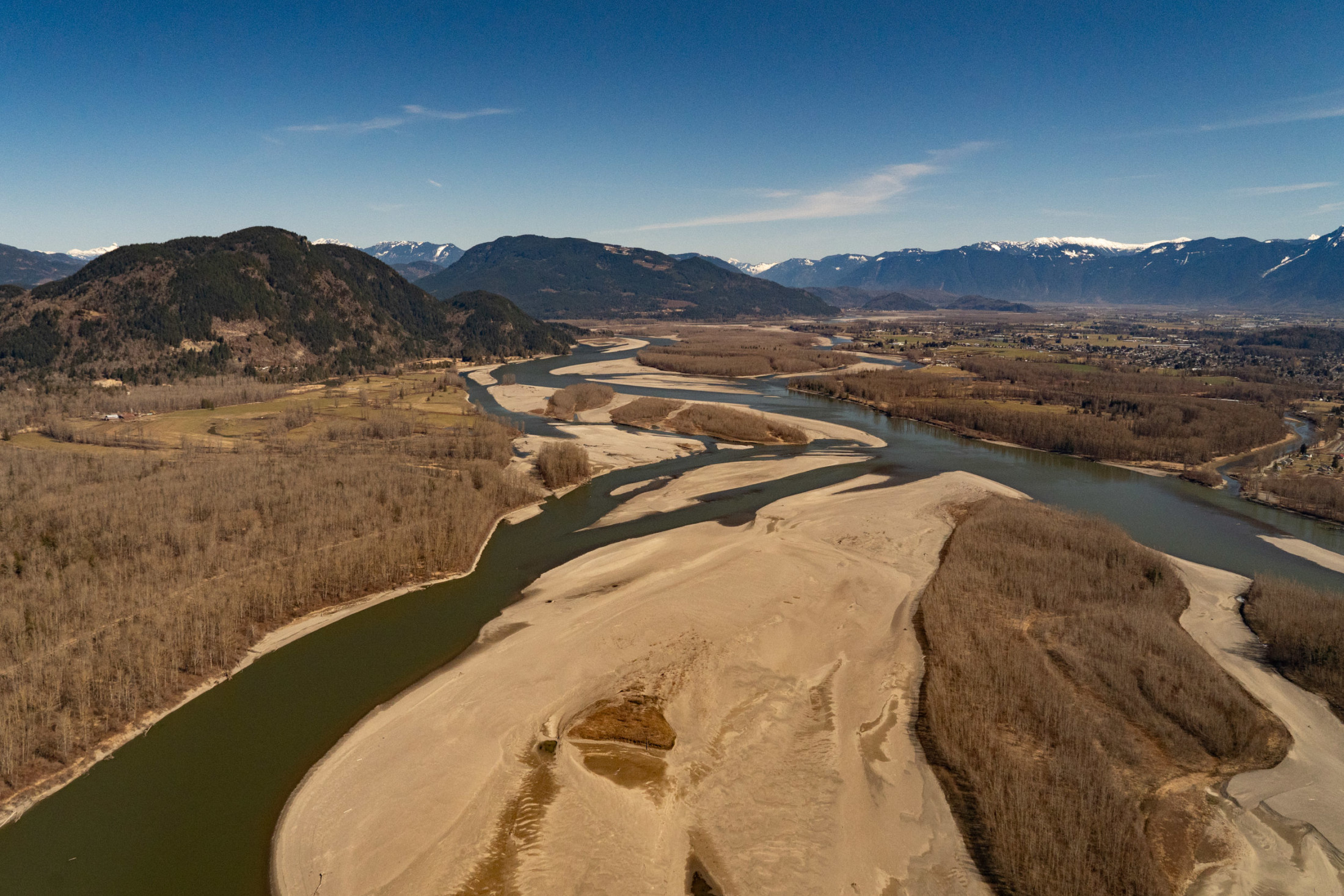 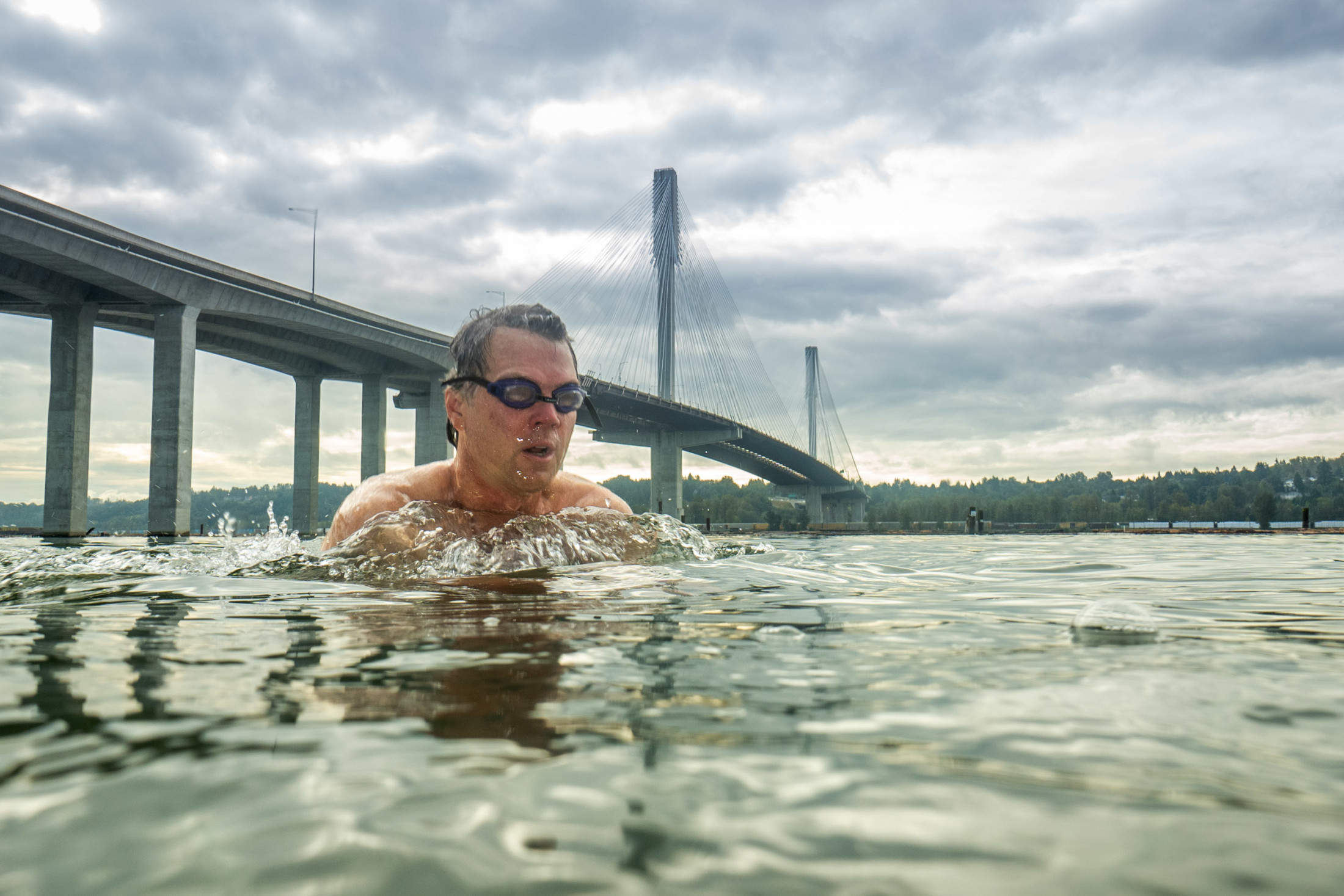 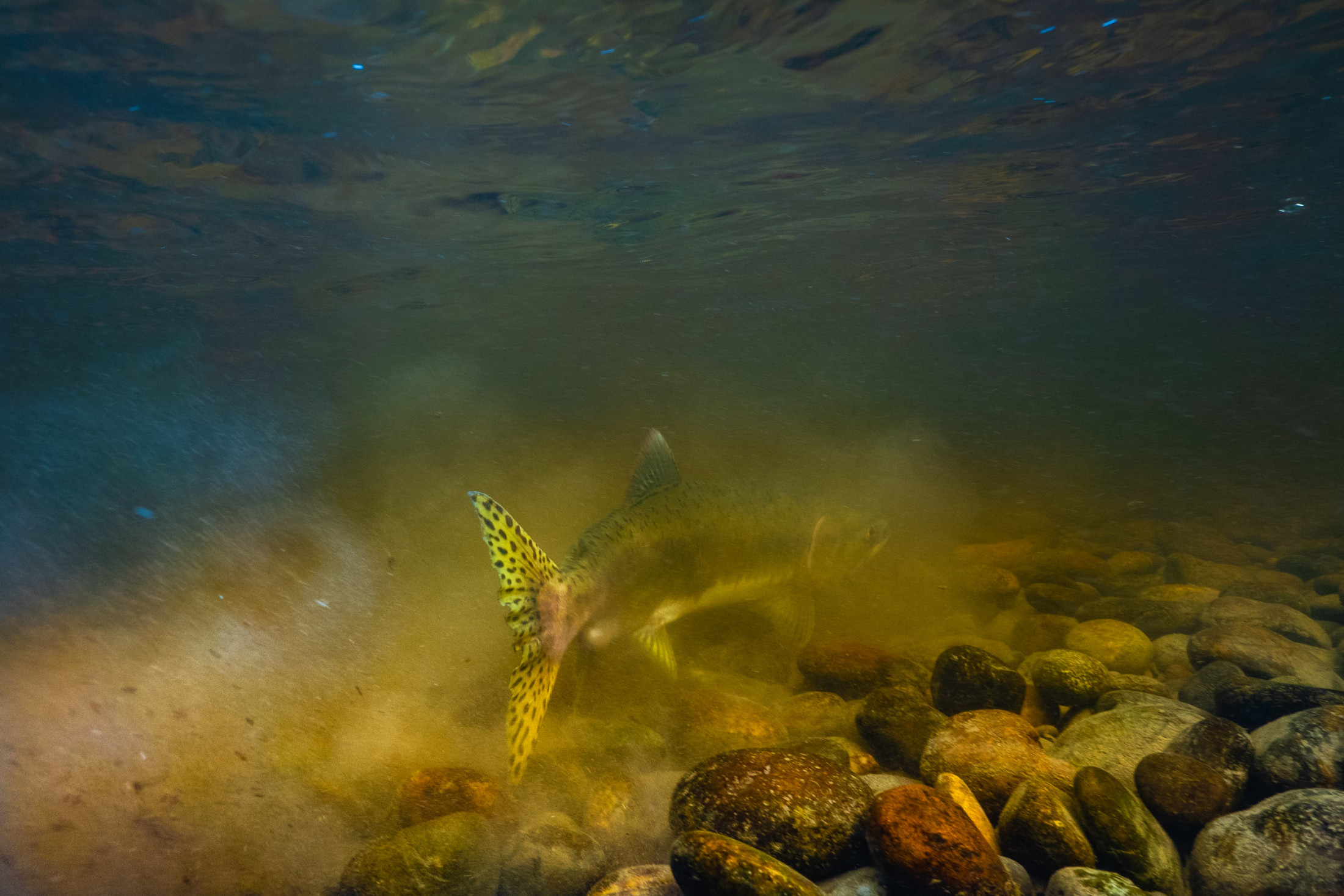 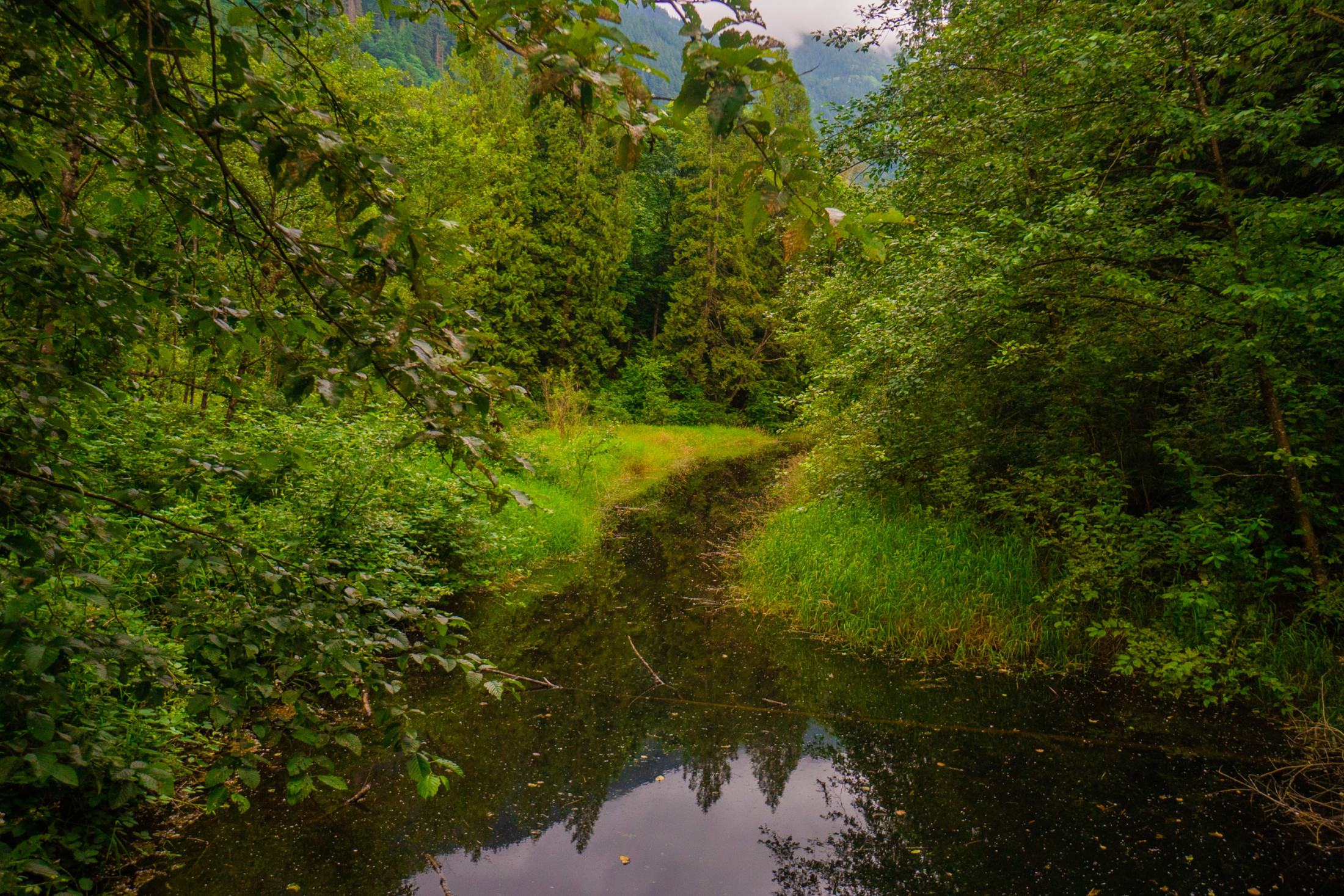 Only a few side channels along the 80-kilometre stretch known as ‘the heart of the Fraser’ still have their original vegetation. Photo: Fernando Lessa 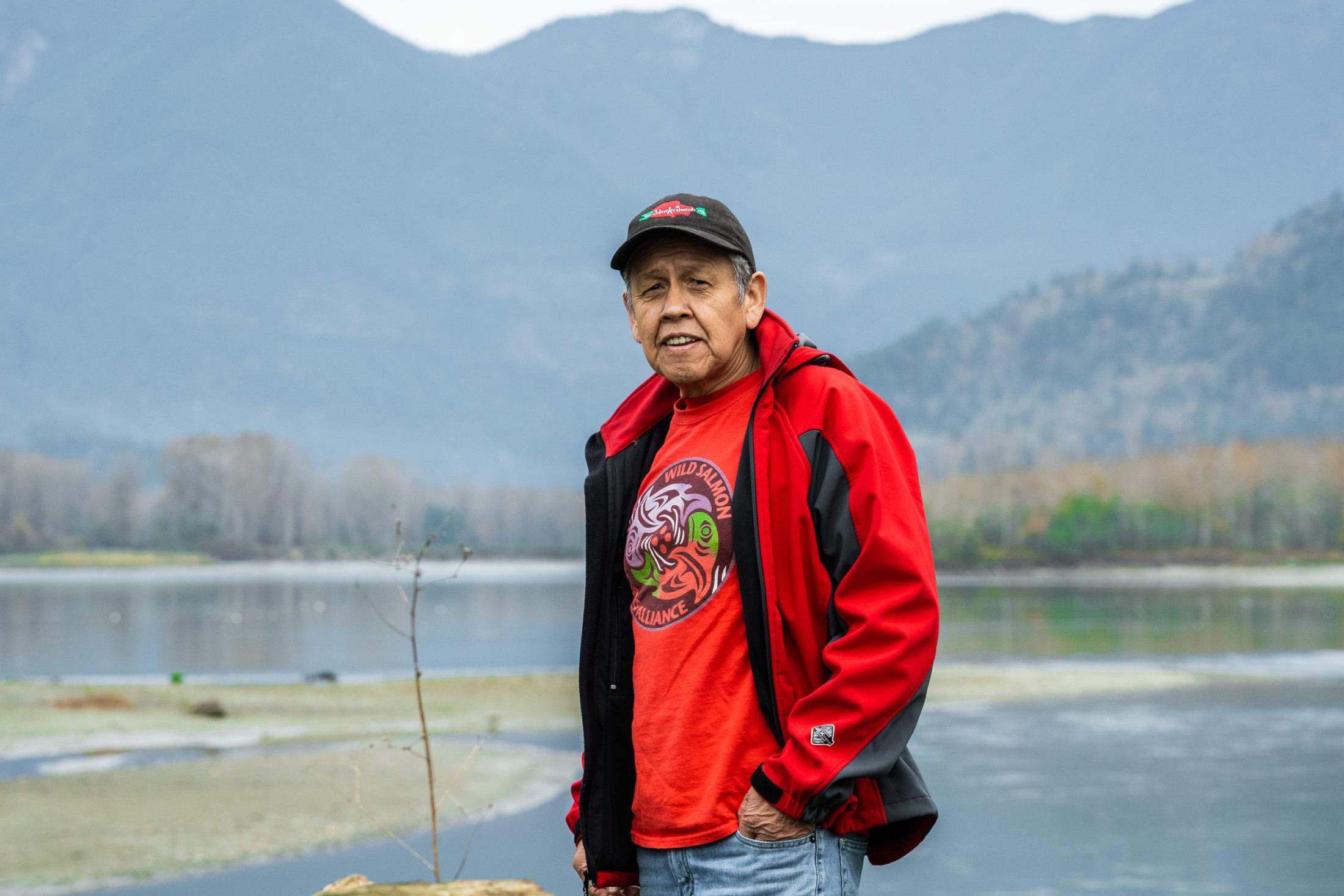 Eddie Gardner, a member of Skwah First Nation and long-time wild salmon advocate, is a contributor to The Heart of the Fraser. Photo: Fernando Lessa 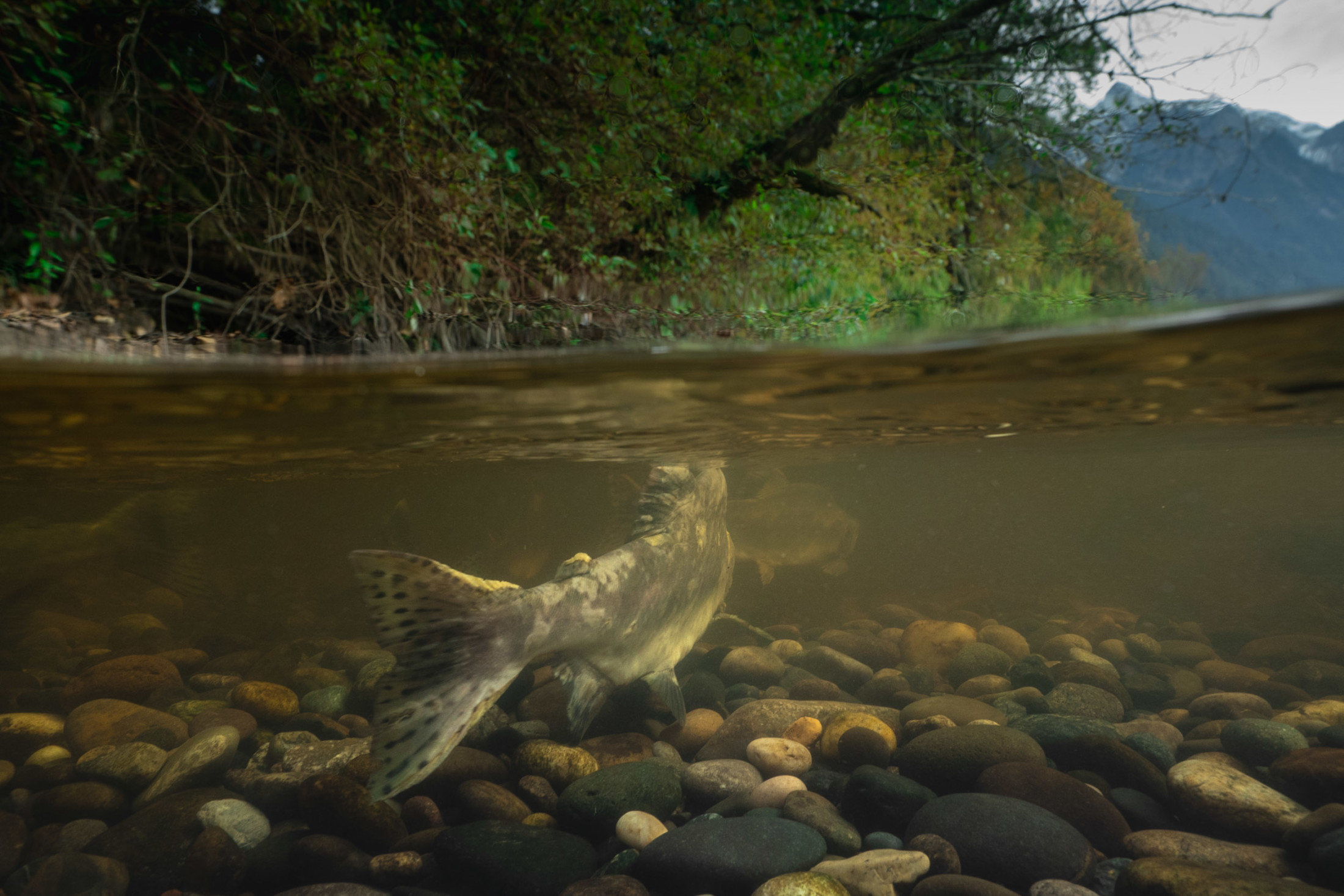 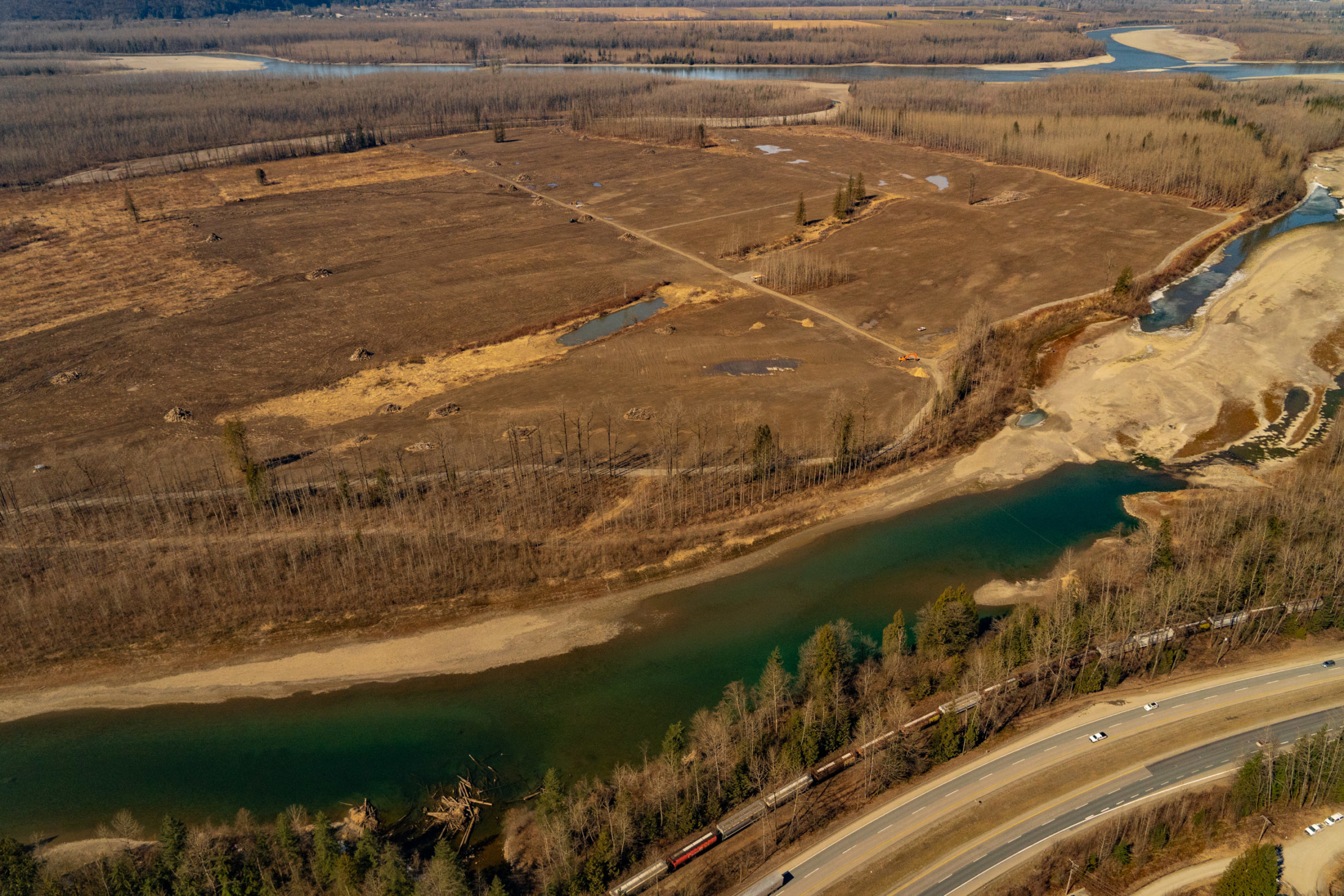 Large, clear pools of water pools can become disconnected from the river’s main stem during winter months and serve as important spots for juvenile fish. This particular patch of water is hemmed in between a logged island and the TransCanada highway. Photo: Fernando Lessa 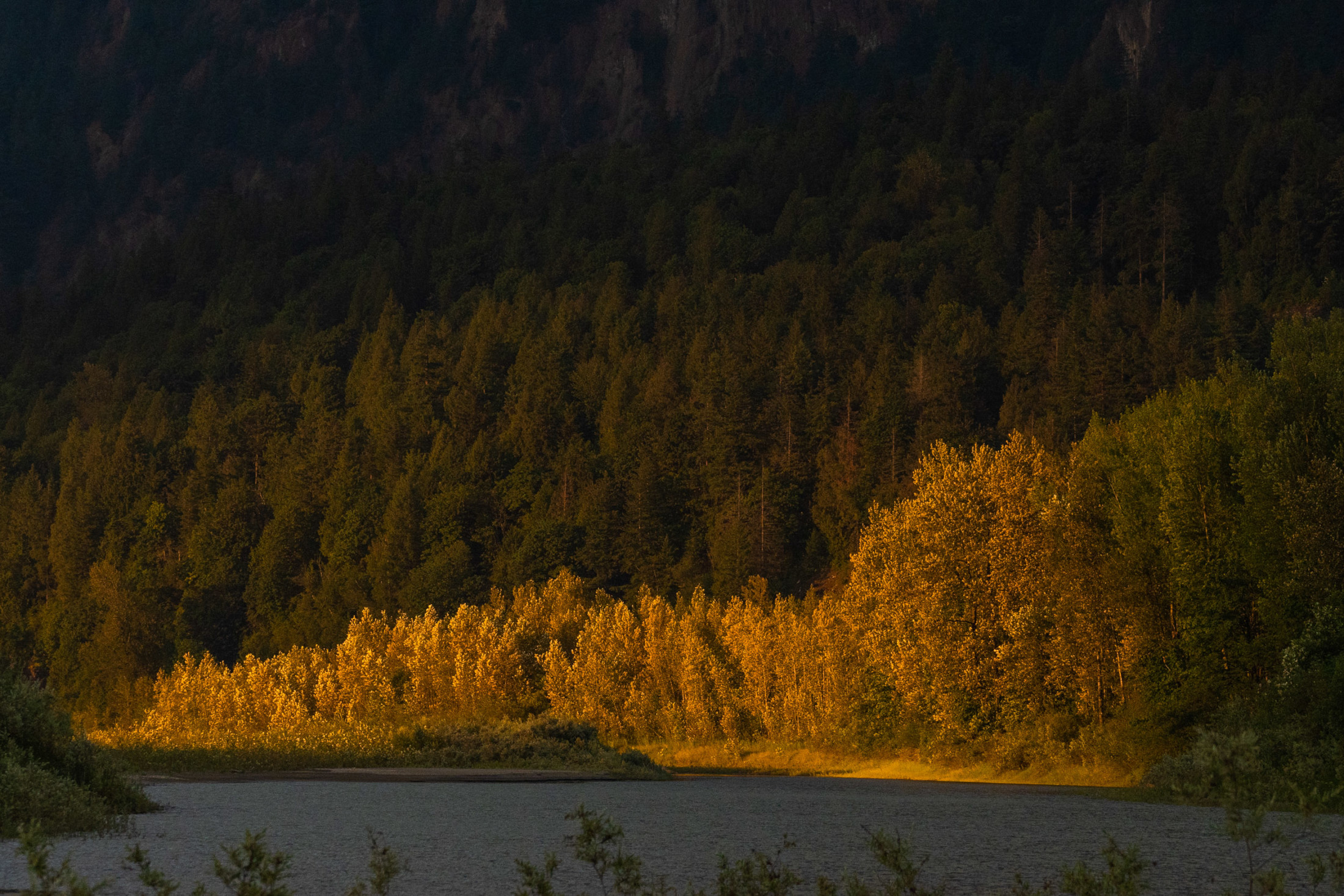 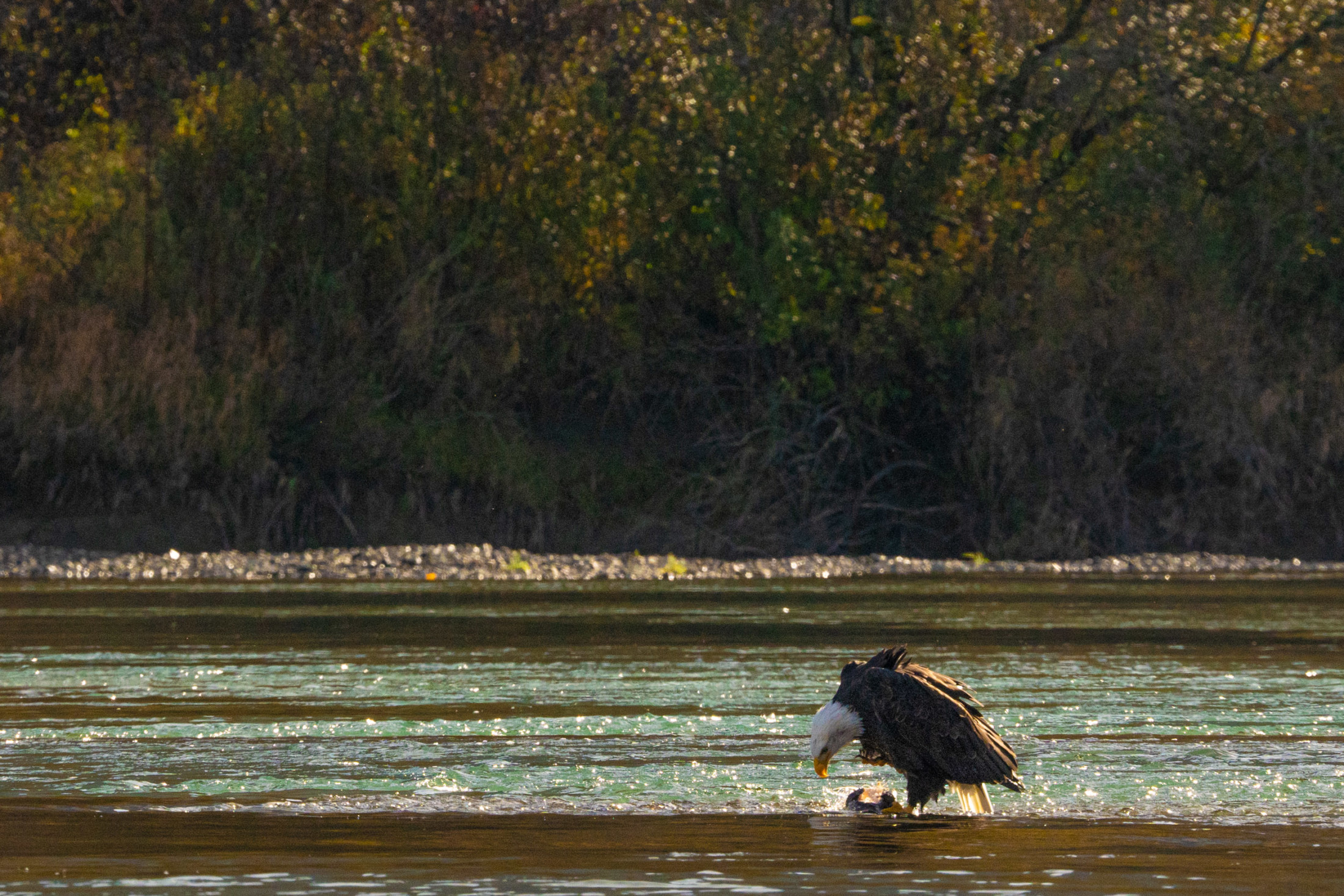 Bald eagles are attracted to the rich ecosystem of the Fraser River. Photo: Fernando Lessa 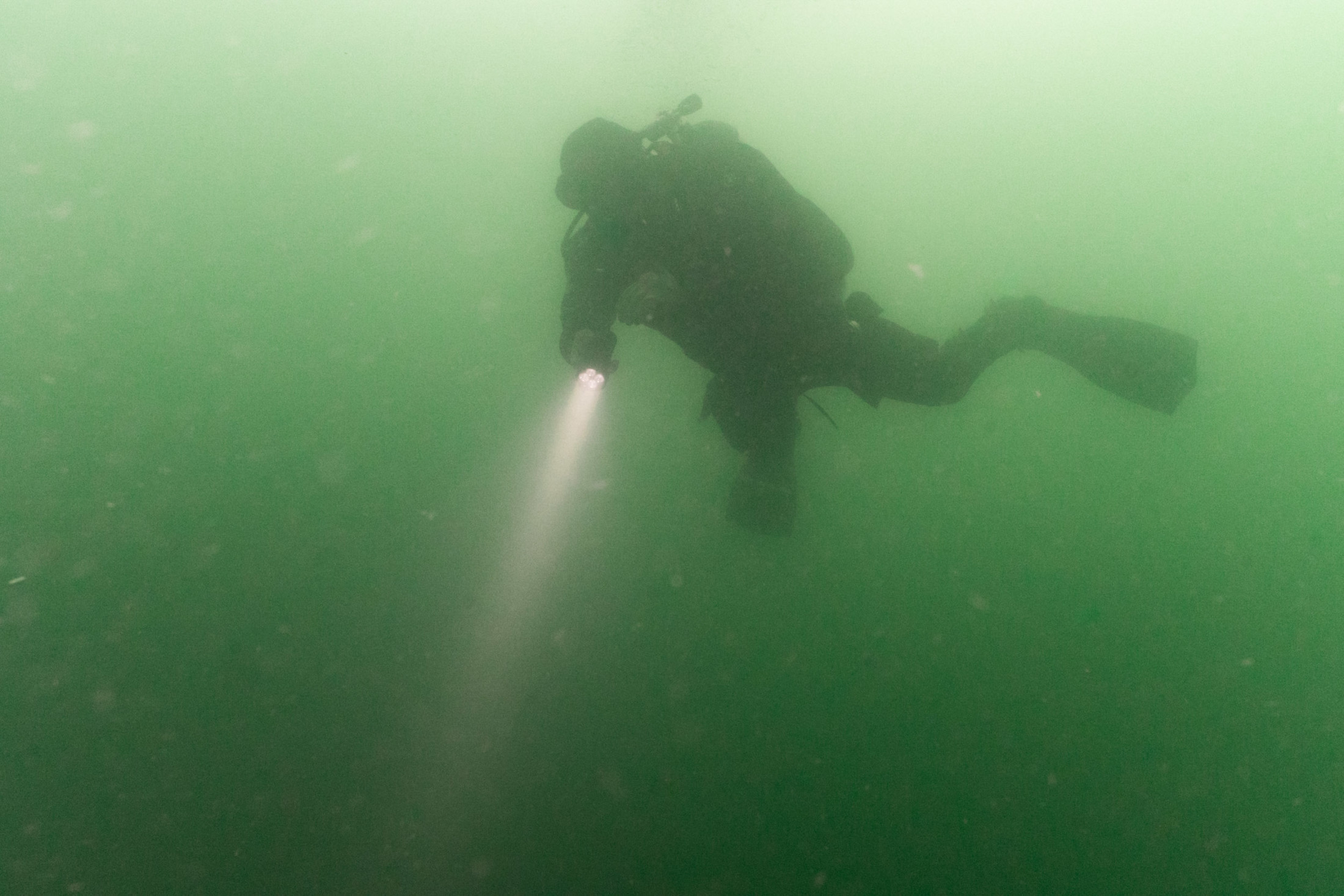 Security diver, Rick Hurley. Photos published in The Heart of the Fraser will be the first photo documentation of the white sturgeon underwater in the Fraser River. Photo: Fernando Lessa 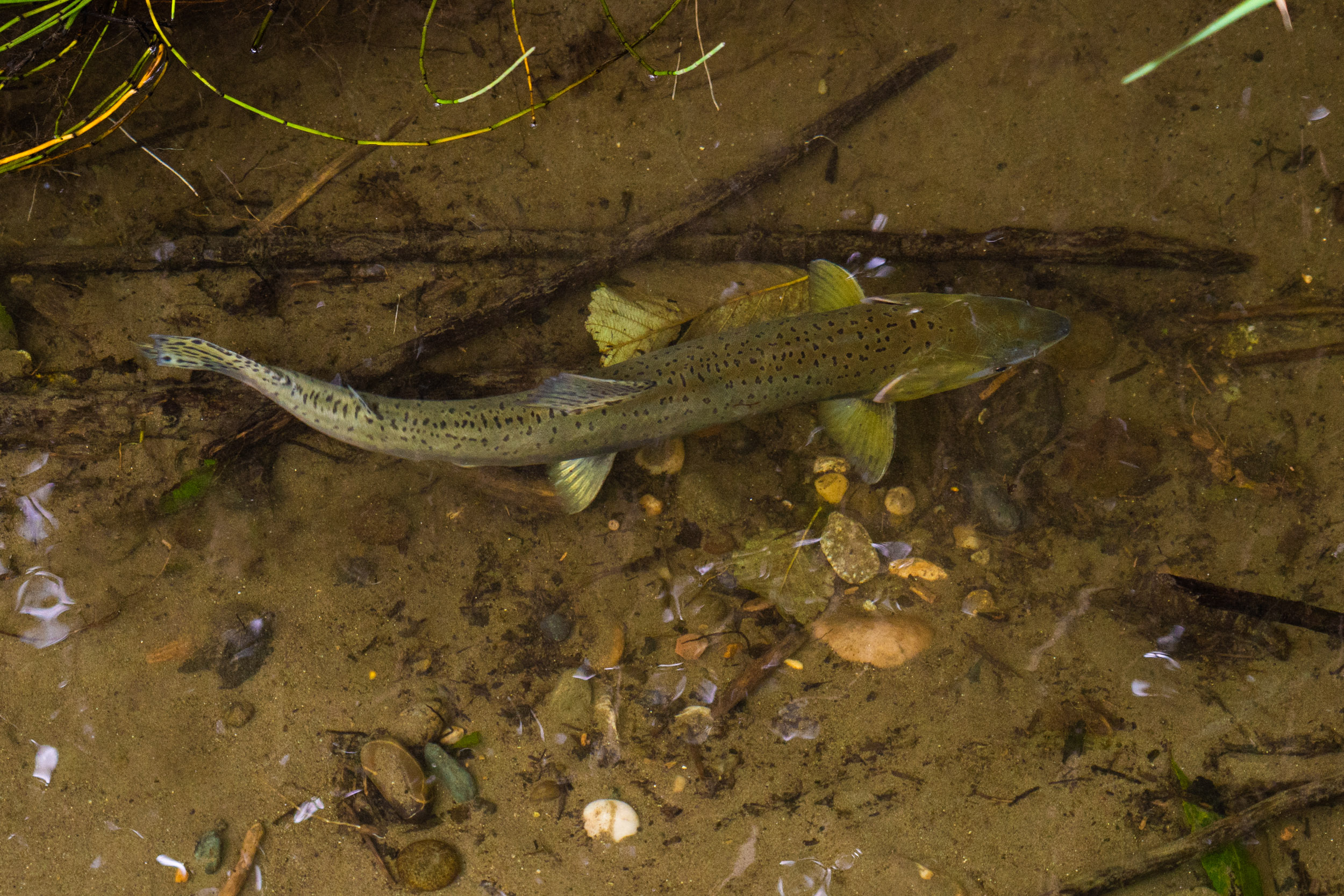 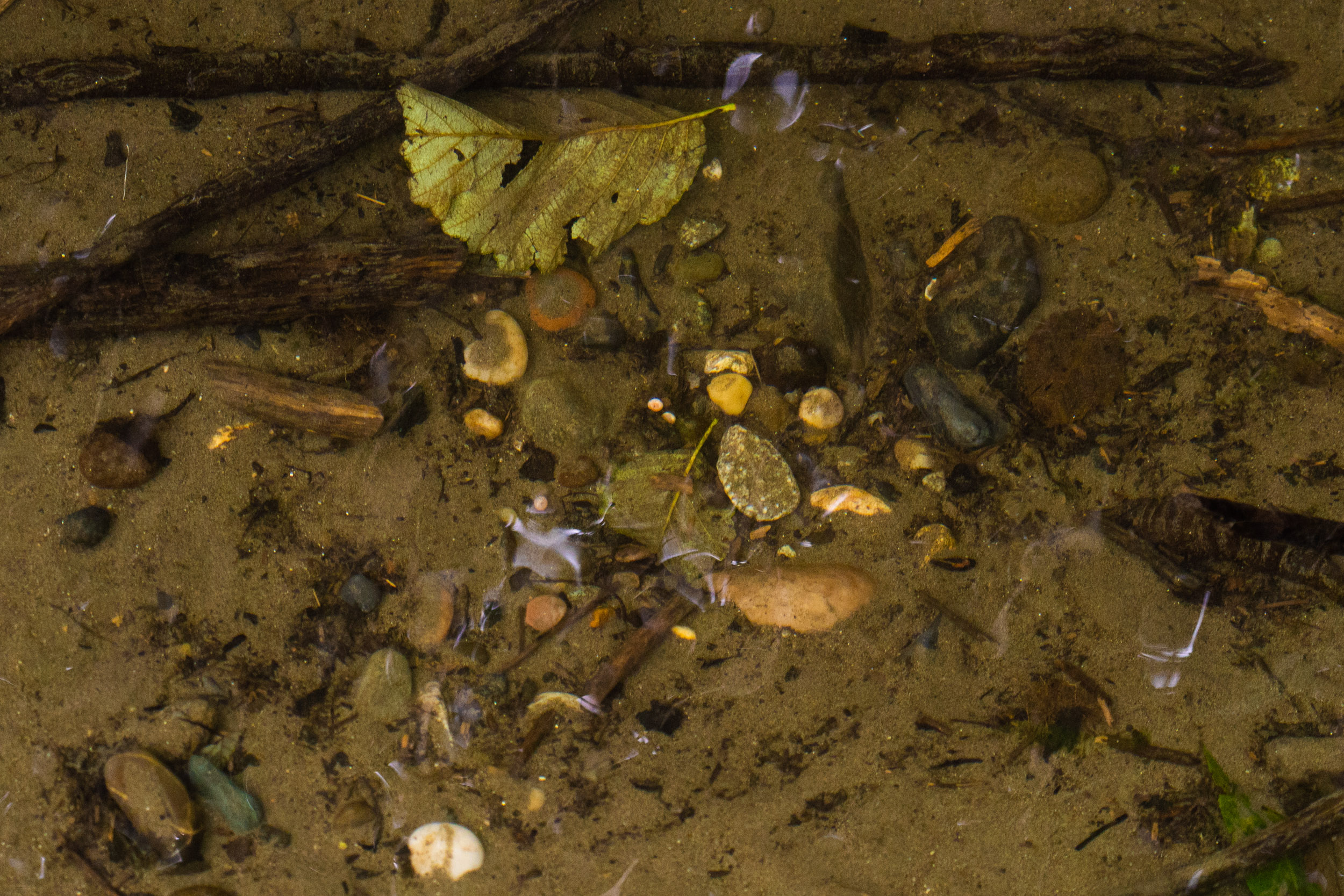 Dark sand offsets the soft pink of salmon eggs, visible in the centre of this image. At closer range, the eyes of the embryo are visible through the translucent sac. Photo: Fernando Lessa 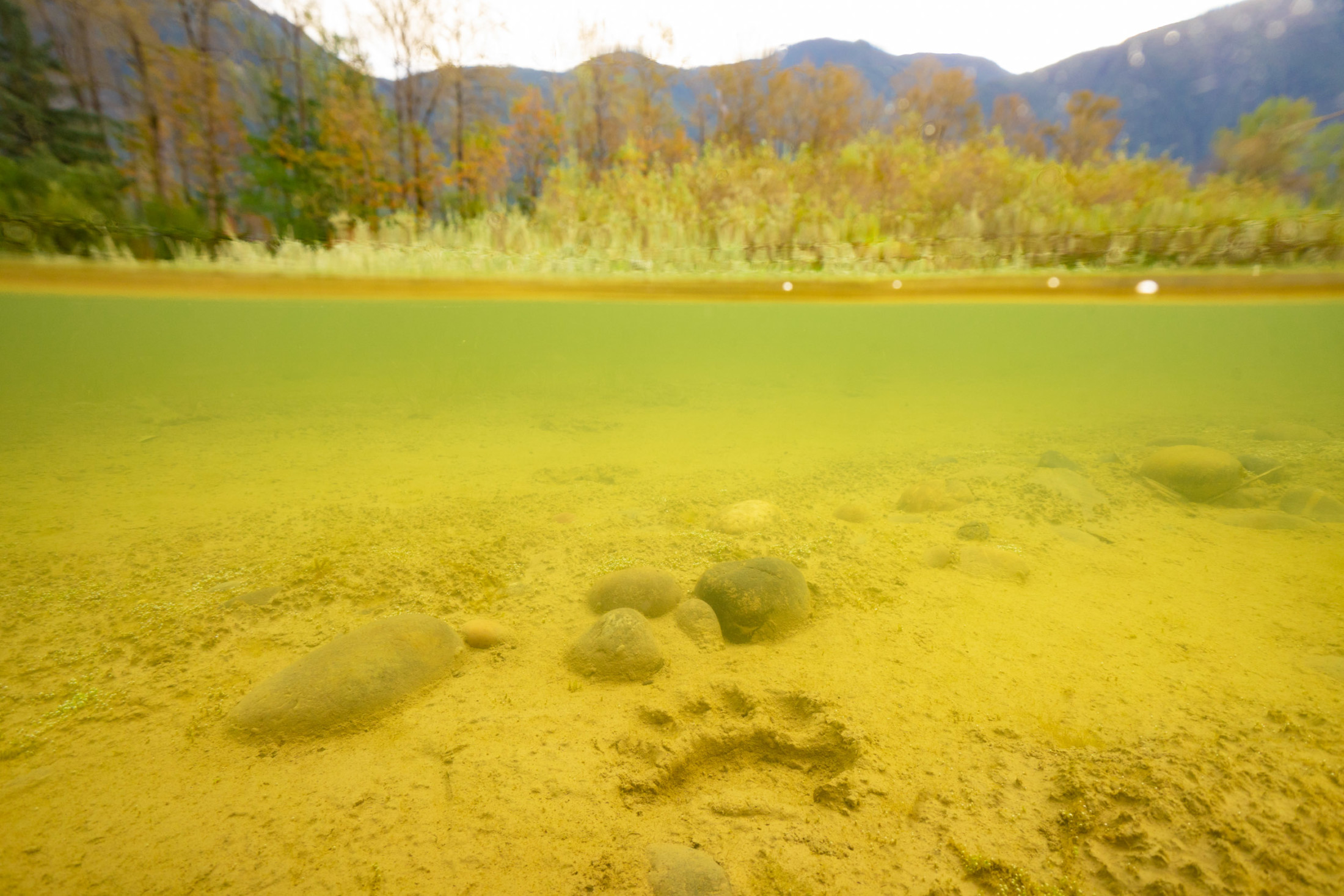 A black bear paw print in the Fraser. Black bears are an essential species for a healthy ecosystem here. Photo: Fernando Lessa 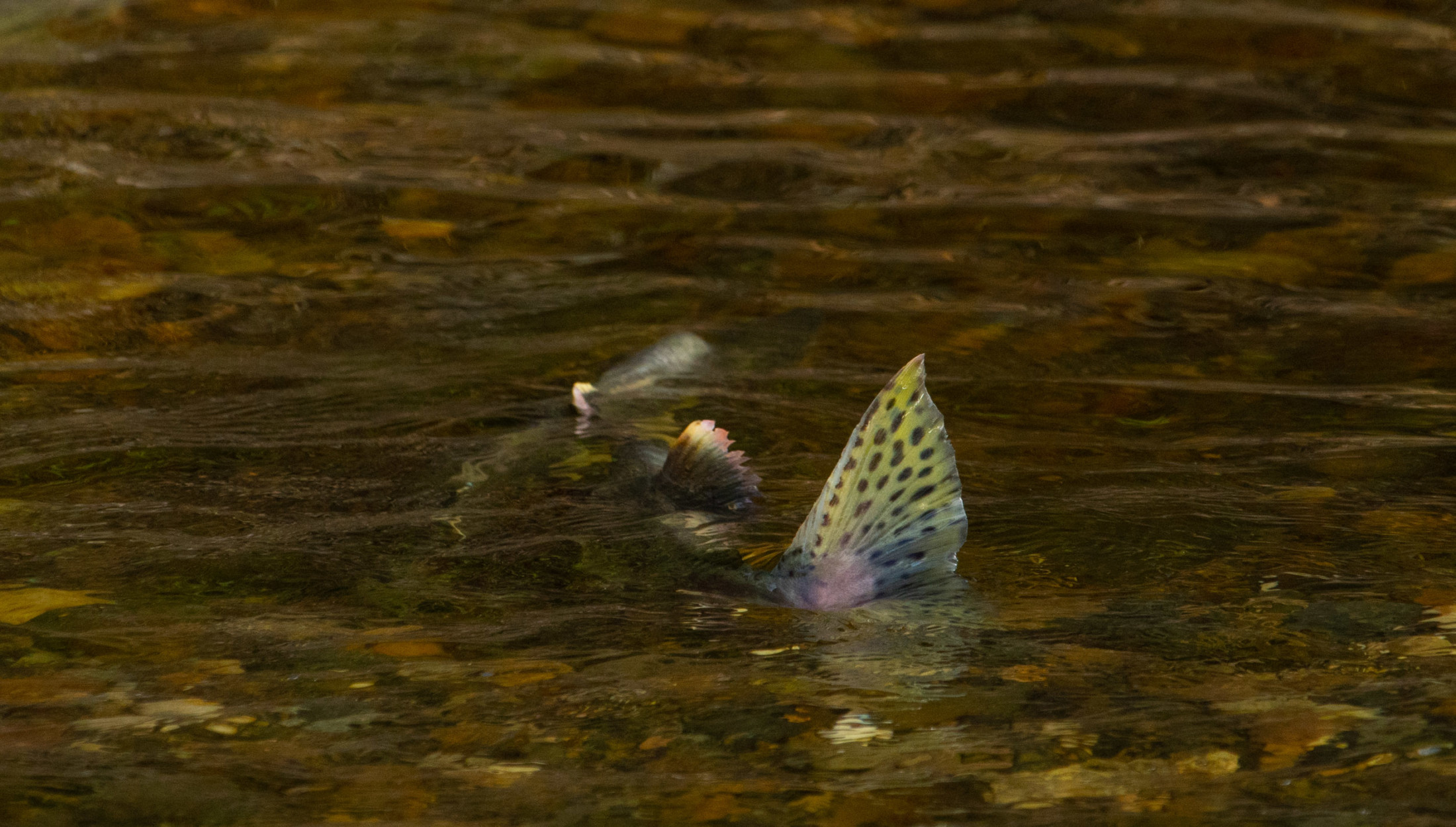 A colourful spawning salmon in the waters of the lower Fraser. Photo: Fernando Lessa 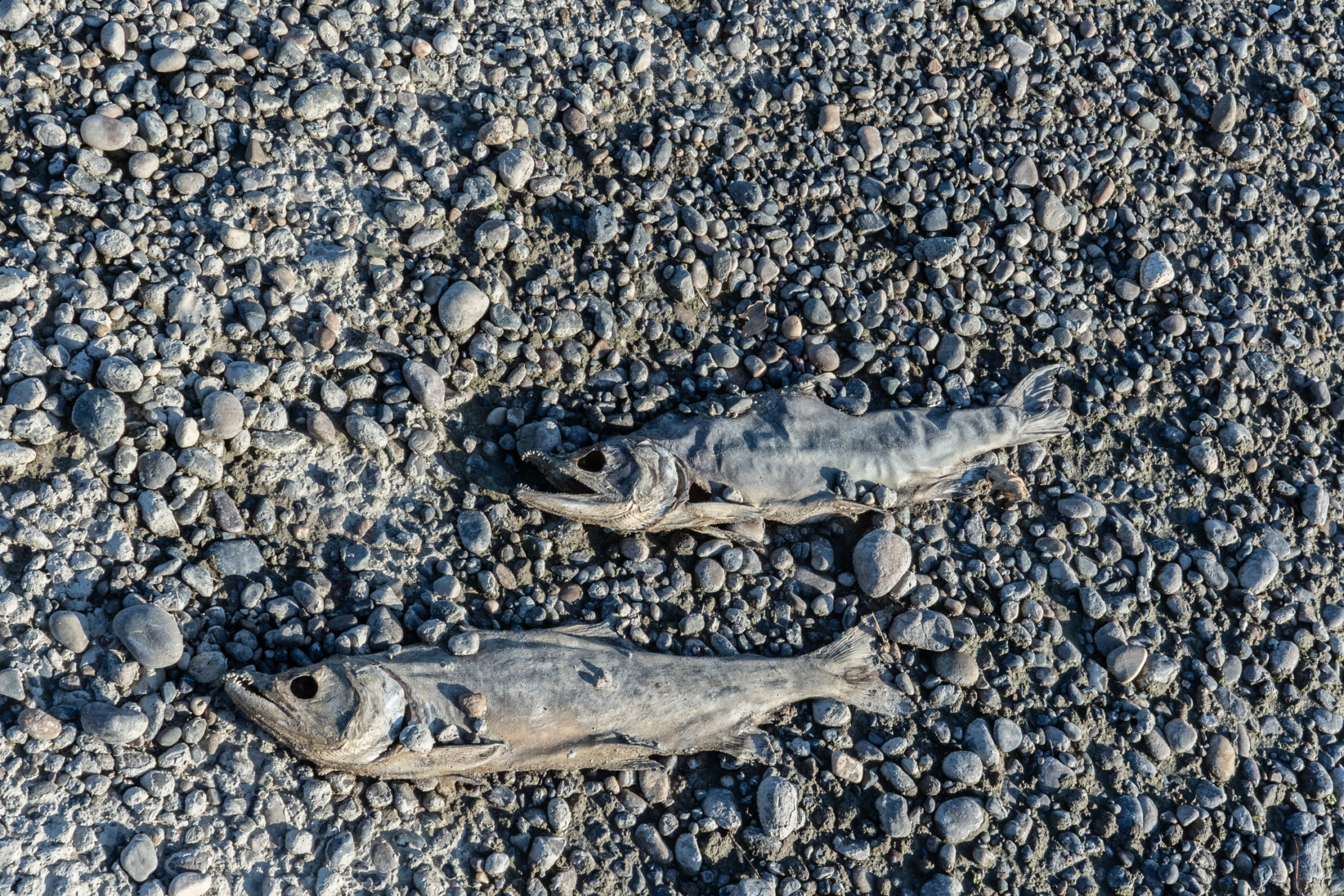 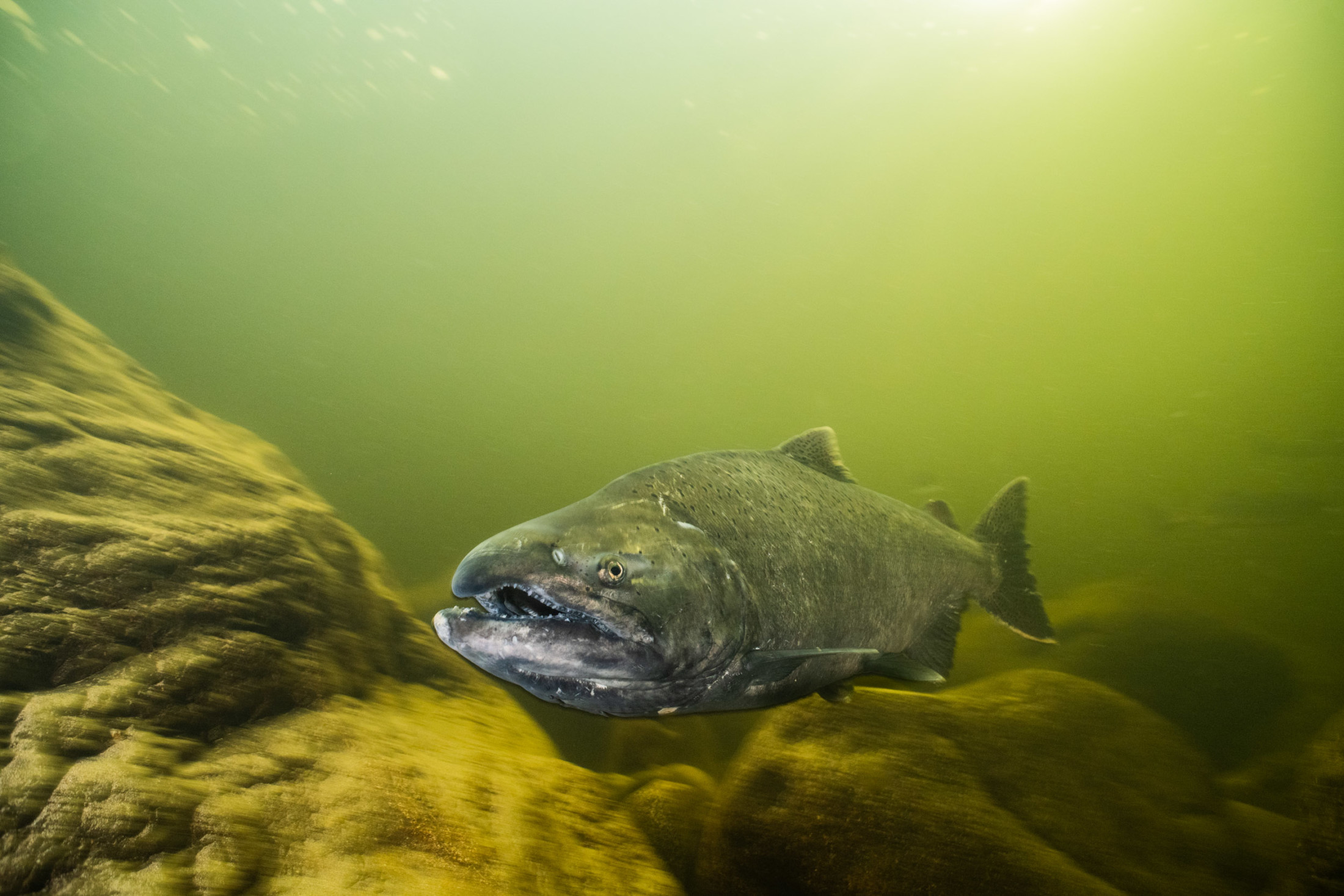 Chinook salmon (Oncorhynchus tshawytscha) are the biggest species of Pacific salmon. The Fraser River watershed is known for being the largest producer of Chinook in Canada, but due to overfishing, habitat loss and climate change, their numbers are diminishing. Of the thirteen wild Fraser River Chinook salmon populations assessed by DFO, only one is not at risk. Photo: Fernando Lessa 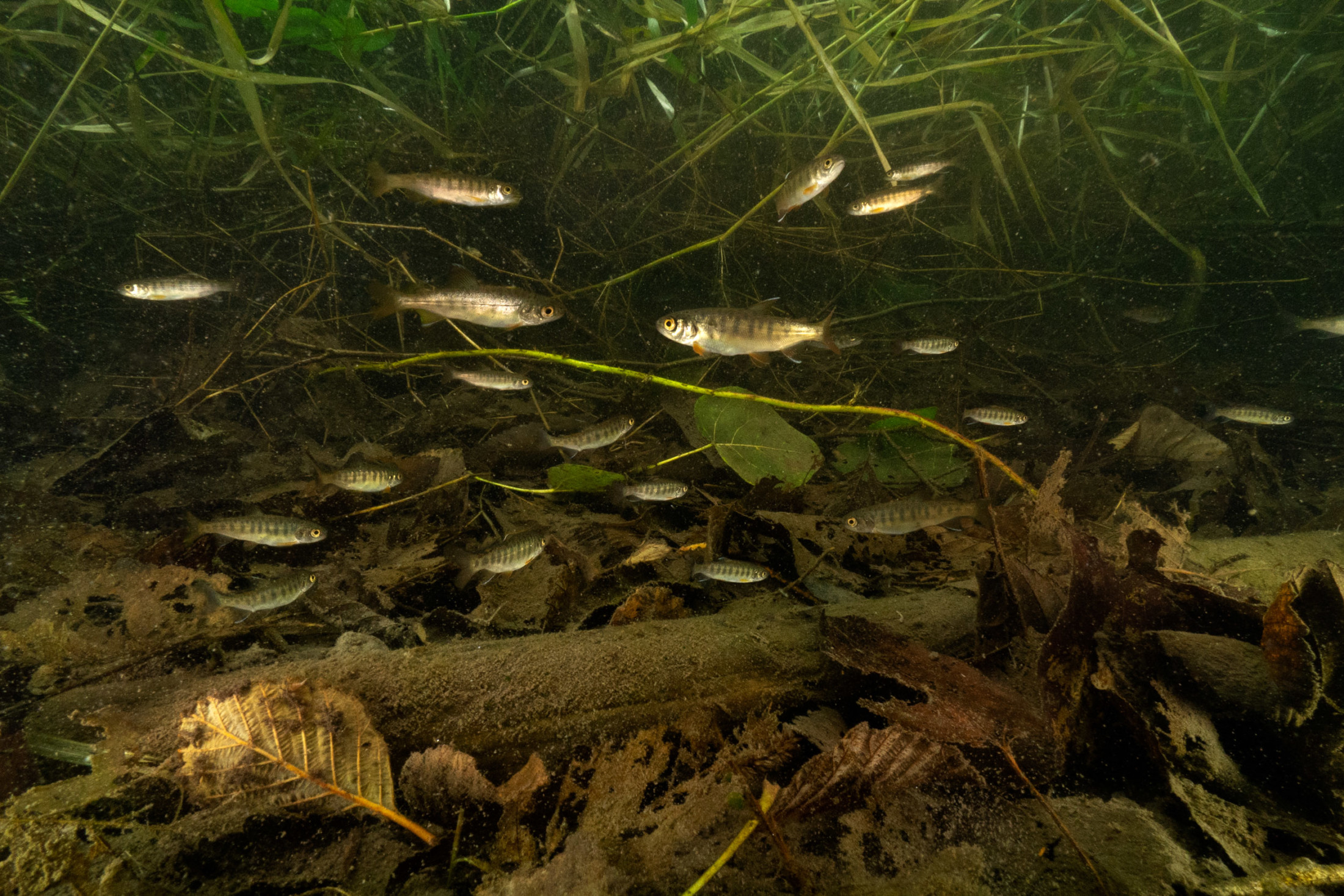 Most species of salmonids use the side channels for juvenile rearing. Some species spend up to two years here before heading out to the ocean. Photo: Fernando Lessa

Banner: A young adult white sturgeon, approximately 2.4 metres in length and an estimated 180 kilograms. The book, Heart of the Fraser, will include the first photo documentation of white sturgeon in the Fraser River. Photo: Fernando Lessa

Fernando Lessa
Fernando is an outdoor storyteller, drawing from his passion for outdoors sports, rivers and oceans. With a biology degree and mas...