The demand for luxury shellfish is polluting the ocean with plastic

The federal government has given the West Coast shellfish industry a green light to expand farming practices of the lucrative geoduck to meet demand from Hong Kong and the rest of China
Aug 19, 2019
5 min read
By Leah Bendell, Simon Fraser University. This article was originally published on The Conversation.

The federal government has taken action recently to reduce the amount of plastic waste found on land and in oceans, rivers and lakes.

In June, for example, it said it would ban single-use plastics by 2021. “It is tough to explain to your children why dead whales are washing up on our beaches with their stomachs jammed packed with plastic bags,” Prime Minister Justin Trudeau commented at the time.

Despite this progress, one of the main plastic polluters — shellfish aquaculture — continues to threaten marine ecosystems.

Coastal British Columbia is rugged and jagged. Its drowned fjords are home to wild salmon and the ecosystems that depend on them. Tucked away between Vancouver and Denman islands is Baynes Sound, a serene inland sea, home to sea mammals, globally important duck and bird populations, and a biological diversity unmatched along our coast.

So unique is this ecosystem that, 20 years ago, the Department of Fisheries and Oceans (DFO) recommended regions within this area be set aside as protected areas.

Threats to the sound include increased tourism, urbanization and an-as-yet-unregulated seaweed harvest. The greatest threat, however, is an expanding shellfish industry that provides a continual source of plastics to the sound.

For the past 14 years, community beach cleanups have measured the plastic in Baynes Sound. An astonishing four to six tonnes of plastic debris, including anti-predator netting, plastics trays, ropes and styrofoam, is collected from the beaches annually. Now polyvinyl chloride (PVC) piping, used for the farming of geoducks is also being washed ashore. 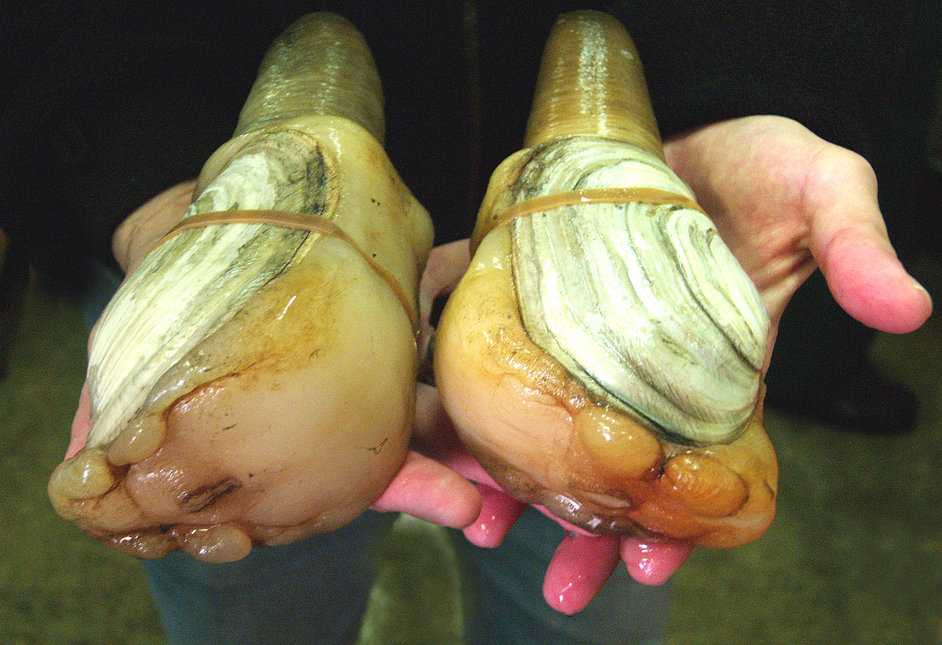 Geoducks are native to the coastal waters of western Canada and the northwest United States. They are the largest burrowing clam in the world and are a delicacy in China, Korea, Japan and the Pacific Northwest. Photo: U.S. Department of Agriculture / Flickr

In 2017, the DFO gave the West Coast shellfish industry a green light to expand its farming practices to include the lucrative geoduck, a luxury protein used in sashimi, to meet the demand from Hong Kong and the rest of China. 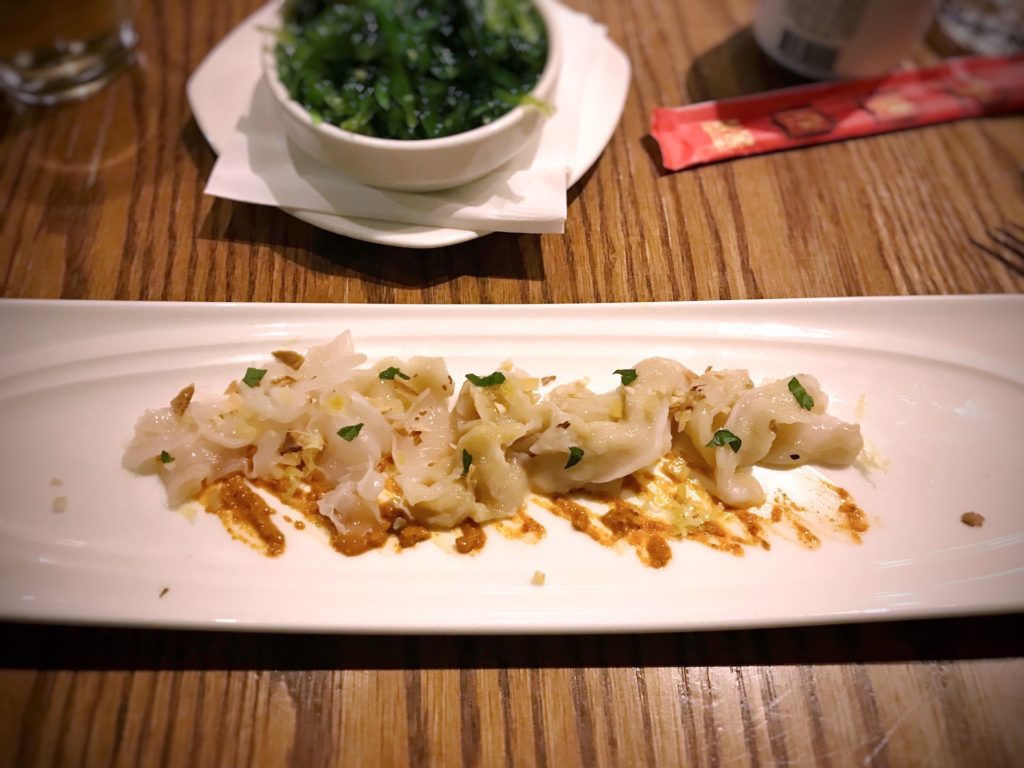 Farming them involves placing juvenile geoducks into rows and rows of 18-inch long segments of PVC piping, planted vertically into the intertidal sediments, at a density of one pipe per square foot. Nets are secured with elastic bands over the pipe to protect the immature geoduck.

But the pipes become loose within days, especially after storm events, and the beach becomes littered with the plastic netting, elastics and pipes. Wave action and ultraviolet light from the sun degrade the pipes, creating fragments and then microplastics (items smaller than five millimetres in diametre) that further pollute the marine environment.

PVC is one of the most common plastic polymers in use, and its breakdown can damage ecosystem and human health.

The particles may harm invertebrates, fish, seabirds and other organisms that consume them. The chemicals in the plastic debris, including plasticizers, phthalates, flame retardants and stabilizers, can leach out of particles and have the potential to harm marine organisms. Finally, the pipe fragments can also act as a substrate, providing pathogenic marine organisms and parasites in near-shore environments with a place to grow and multiply.

“Canadians know first-hand the impacts of plastic pollution, and are tired of seeing their beaches, parks, streets and shorelines littered with plastic waste,” Trudeau said in a statement after he announced the single-use plastics ban.“We have a responsibility to work with our partners to reduce plastic pollution, protect the environment and create jobs and grow our economy. We owe it to our kids to keep the environment clean and safe for generations to come.”

So, why the paradox?

The government says it’s intent on protecting at least 10 per cent of our coastal ecosystems and reducing the threat of plastics to our marine environments. Yet the industry, which is managed by our federal government, has been given permission to introduce hazardous plastics into one of B.C.‘s most sensitive ecosystems. 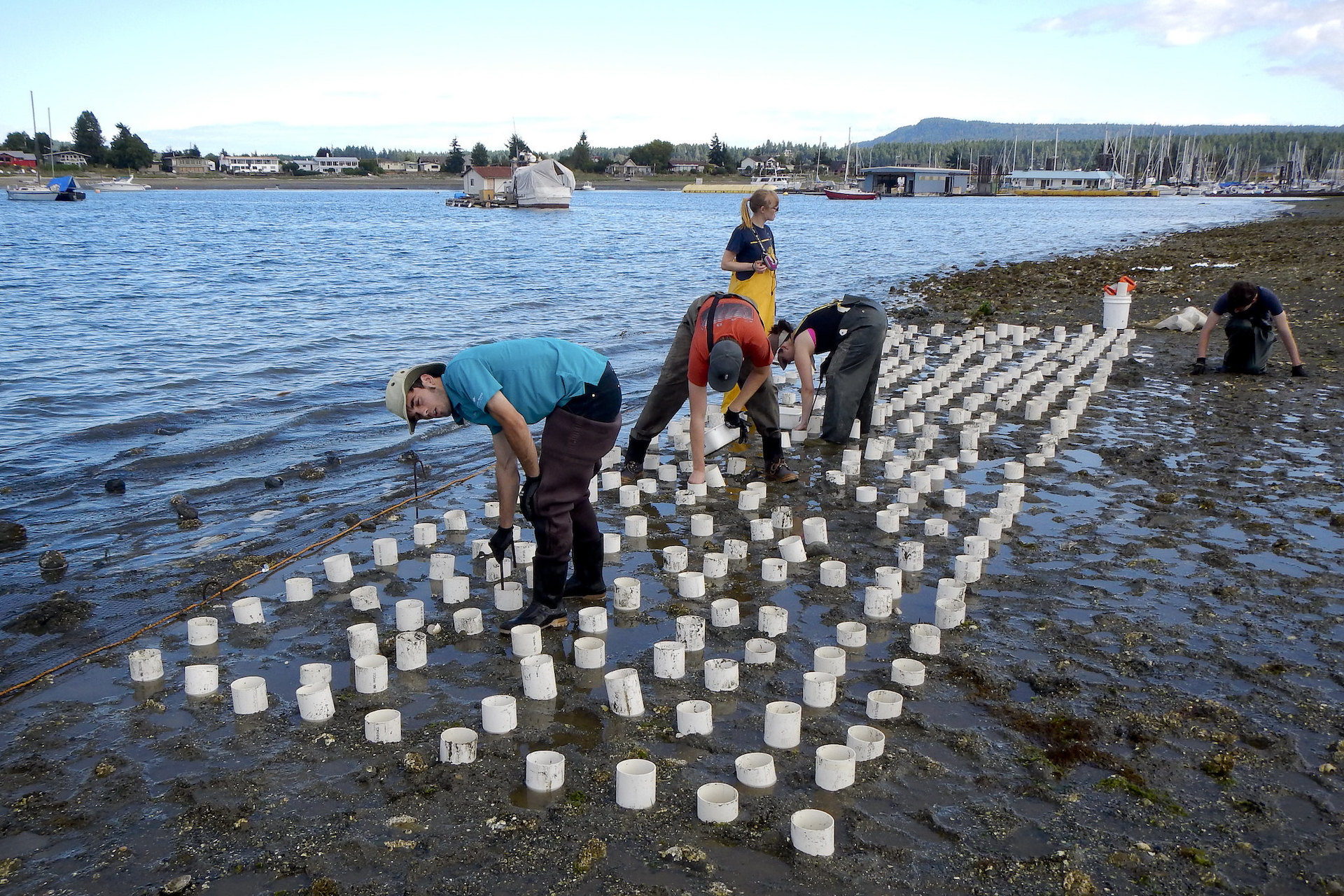 The ban on plastic holds consumers accountable. It targets their behaviour and will force change. But this is only part of the problem.

The other part of the problem is the industry practice of discharging dangerous plastics into sensitive ecosystems. Government is regulating a change in consumer behaviour. Why not do the same for industry?

If the government’s goal is to protect these sensitive marine ecosystems, it needs to stop the flow of plastics from industrial sources including the unregulated shellfish industry. The economic gain of farming sashimi for a select market is not worth the environmental cost.

Shelley McKeachie, a founding member, past chair and director of the Association for Denman Island Marine Stewards, co-authored this article.

This article was originally published on The Conversation.