‘They’re not getting how the constitution works’: why Trudeau, Notley can’t steamroll B.C. on Kinder Morgan pipeline

In the fall of 1981, Jack Woodward was a young lawyer in Ottawa when NDP leader Ed Broadbent and prime minister Pierre Trudeau struck a deal to include aboriginal rights in the Canadian constitution.

“I banged out a first draft,” Woodward recalls. “I typed it out on a manual typewriter. I had to do it in a hurry.”

In less than an hour, Woodward had laid the foundation of Section 35, the part of the Canadian constitution that recognizes and affirms the rights of Indigenous peoples.

In the ensuing 37 years, Woodward has come to know a thing or two about Canada’s constitution. For one, he fought the Tsilhqot’in Nation’s title case for a quarter century, resulting in the landmark Supreme Court ruling that the nation holds title to about 1,900 square kilometres of its traditional territory in B.C.

So when Woodward hears pundits and politicians bandying around the phrase “unconstitutional,” his ears perk up.

“The government of Alberta will not — we cannot — let this unconstitutional attack on jobs and working people stand,” Alberta Premier Rachel Notley said after the B.C. government announced its intention to limit the transport of diluted bitumen through the province in January.

“She’s completely wrong about that,” Woodward told DeSmog Canada. “And if she was right, she could go to court. But she knows she’s not right, so that’s why she’s using that word as if it is a political tool rather than a legal tool … That’s a superficial and incorrect view of how the Canadian constitution works.”

Woodward says Notley is referring to pre-1982 classic constitutional questions about the divisions of powers between federal and provincial governments.

“But since 1982, you also have the additional complexity of constitutional protection of aboriginal rights, which in some cases override either federal or provincial powers,” Woodward said.

Indigenous rights are not a footnote in the ongoing constitutional saga over the the Kinder Morgan Trans Mountain pipeline — they’re at the centre of it. And yet, they’re virtually absent in media coverage of Canada’s pipeline pandemonium.

Beyond Indigenous rights, landmark rulings such as the Tsilhqot’in decision have emphasized something called “co-operative federalism.”

“The modern trend of federalism is that nobody has the upper hand — and everyone has to work it out,” Woodward said.

“Look, we’re in a federation,” Trudeau has said. “We’re going to get that pipeline built.”

But Canada’s constitution governs by the principle that you err on the side of allowing two different laws to exist if at all possible, Woodward says.

“So it’s true that Canada could authorize a pipeline, but it’s also true that B.C. could probably  govern safety aspects of that pipeline within B.C. including regulation of hazardous products, such as diluted bitumen,” Woodward said.

United Conservative Party Jason Kenney may opine that the inability of a Texas-based company to build a pipeline means “Canada is broken,” but in reality, this is exactly the way federation was designed to work.

“It’s simply not credible that all aspects of provincial constitutional jurisdictions can be crushed by a federal pipeline law,” Woodward said. “Some of them must prevail.”

A law clearly directed at protecting the health and safety of the residents of Burnaby and Vancouver would be a strong law within provincial jurisdiction, Woodward said.

“Similarly, protection of the land and marine environment, that’s pretty potent. The protection of habitat for fish, even preventing oil spills because of the devastating impact it would have on tourism — that’s valid provincial legislation.”

Woodward said instead of throwing the constitution around as if it’s a “political slogan,” everyone is better off to let the courts do their job.

“Horgan is right to have this calm and patient attitude because what’s the point of jumping up and down and screaming ‘I’m right, you’re wrong’? It’s going to be decided by a judge.”

On Thursday a summit between Notley, Trudeau and B.C. Premier John Horgan was announced for this Sunday. Horgan vowed not to back down on preparing a court reference.

“We are in a court of law, which is what civilized people do,” Horgan said. “I don’t feel there is any need for sabre-rattling or provocation or threats. I will defend to the end the rights of British Columbia to defend our coast.”

What about Notley and Trudeau, who don’t seem to want to wait for a court ruling?

“Short of going to court, politicians can get legal advice and their legal advice will be the same as what I’ve said to you, which is there’s no black and white here. This is a grey area. It’s a series of grey areas, where the different aspects of federal and provincial jurisdiction and aboriginal rights collide.”

It’s unreasonable to expect these conflicting rights to be resolved by the end of May.

“When I hear Kinder Morgan having a little hissy fit and saying they want a decision by the end of May, I just laugh,” Woodward said. “You can’t decide all of these things by May. This is an irreversible decision, so it should take some time.”

As for the oft-repeated belief that what B.C. is doing is illegal or unconstitutional, Woodward says “if that’s the prevailing wisdom, they’re all wrong. They’re not getting how the constitution works.”

“Everything in Canada is moderated. You don’t have absolute rights,” he added.

What’s more, Woodward said the federal government’s jurisdiction over interprovincial pipelines needs to be seen in the context of the times.

“When that power was given to the federal government, it was not contemplated that there would be such enormous environmental consequences. They didn’t even think about climate change, for example. They didn’t think about catastrophic oil spills and tanker traffic. They were just trying to clear up regulatory clutter, so that one jurisdiction could create a uniform regulatory system. It was never intended that the federal jurisdiction over interprovincial pipelines would utterly trounce the underlying provincial jurisdictions over health and safety and property rights and the environment.”

As for the notion that Canada is in a constitutional crisis, Woodward disagrees.

“We have one of the oldest written constitutions in the world. It has survived far worse crises than this and it will survive into the future. Our constitution has embedded into it flexibility, ability to change, a fundamental ability to grow with the times,” he said. “There’ve been far worse constitutional crises.”

Woodward pointed to the time in the 1930s when the entire banking legislation of Alberta was struck down by the Supreme Court of Canada as an example.

“Now that’s a constitutional crisis much worse than this,” he said. “This pipeline already exists and we’re talking about expanding it. Alberta has taken a matter of degree and decided to characterize it as a fundamental point of principle or point of departure and they’re simply wrong about that. It’s not a constitutional crisis.”

The bottom line is that this pipeline punch-up will ultimately get resolved in typical Canadian fashion, according to Woodward.

“It’s all going to be worked out through the standard Canadian process of compromise.”

Panelists convened by The Narwhal for a webinar about the fate of the hydroelectric project... 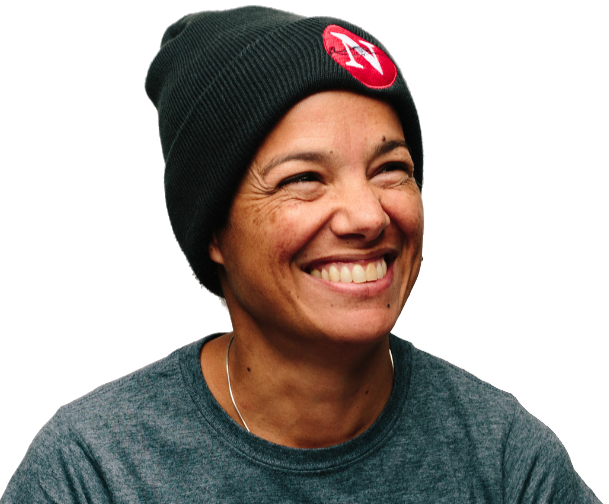 Swim against the current this Black Friday weekend

The Narwhal is ad-free, non-profit and supported by 1,800 readers like you. Sign up as a monthly member by midnight Sunday and we'll send you a toque!