Share
A new report shows that marginalized communities in the Greater Toronto Area have less access to greenspaces than other residents. Photo: Scott Webb / Unsplash
News

An analysis of communities in the Golden Horseshoe region found race impacts where trees are planted and who takes part in tree planting
Ainslie Cruickshank
Sep 24, 2020
7 min read

They offer a shaded refuge from the hot summer sun, work as natural sponges to absorb rainwater and prevent flooding, pull greenhouse gases from the atmosphere and help clean other pollutants from the air.

The collection of trees in and around cities — called urban forests — have a critical role to play in helping communities mitigate and adapt to the new realities of climate change.

But not all communities have easy access to these greenspaces.

“Research shows that poor and racialized communities have less access to greenspace in the city, including parks and tree canopy cover,” says a new Greenbelt Foundation report from researchers at the University of Toronto.

“The absence of trees is another layer of inequality in lives shaped by oppression,” reads a section titled “Trees, Race and Black History” written by Jacqueline L. Scott. Scott is a PhD student at the University of Toronto whose research focuses on how to make outdoor recreation more welcoming for Black people.

The report is the latest in a series from the Greenbelt Foundation that explores the impacts of climate change on people’s daily lives. The Urban Forests in a Changing Climate report focuses on the role trees play in helping communities mitigate and adapt to climate change, the threats climate change and development pose to urban forests and the inequity of access to greenspaces.

The report notes that planting trees is one of the easiest ways to reduce the impacts of climate change, but that “race shapes where trees are planted, who benefits from the trees and who takes part in tree planting.”

A 2018 study from researchers at Ryerson University, for instance, found that “in Toronto, there is a measurable inequality of access to the urban tree canopy based on median household income.”

The result is that racialized and lower-income communities aren’t seeing the benefits of existing or increased tree cover.

While the Greenbelt Foundation report focuses on the Greater Golden Horseshoe region in Ontario, there are similar issues with inequitable distribution of tree cover in other areas of Canada as well.

In Vancouver, for instance, “there are a variety of neighbourhoods, primarily in the east of the city that have less than five per cent canopy coverage, whereas neighbourhoods largely in the west of the city would be greater than that,” said Chad Townsend, a senior planner with the Vancouver Board of Parks and Recreation.

While the park board is prioritizing tree planting in areas vulnerable to heat, there are challenges in some neighbourhoods, including the Downtown Eastside, such as the amount of concrete and asphalt that make planting and even growing trees once they’re planted difficult. 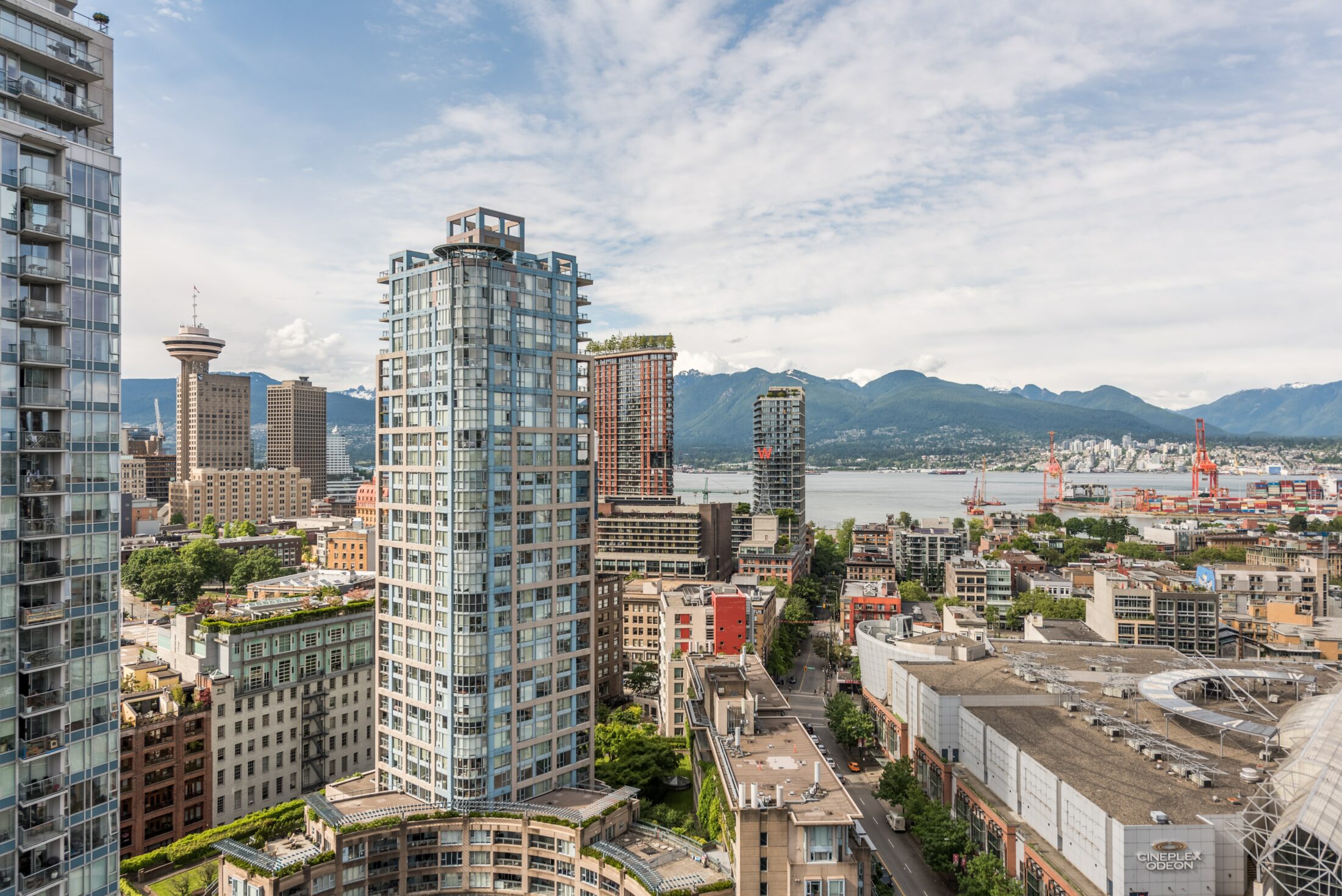 Increasing the number of trees in neighbourhoods where the urban forest is sparse could have a variety of benefits.

As the Greenbelt Foundation report notes, urban forests help reduce carbon dioxide in the atmosphere, keep buildings cool in the summer, and help capture rain, reducing the risk of floods.

Edward McDonnell, the CEO of the Greenbelt Foundation, said it shows that nature isn’t just something that’s “nice to have,” but also something that can help provide municipal-type services for communities.

And for people, there are plenty of studies that show time in nature has benefits for mental health.

But urban forests are under threat from both development and climate change, the Greenbelt Foundation report explains.

Alongside the threat of being cut down to make room for construction, trees are at risk from the hotter, drier summers, more intense storms associated with climate change and novel pests and diseases.

“One of the best strategies for protecting urban and peri-urban forests is to ensure a diversity of tree species are present,” said Tenley Conway, one of the report authors and a professor of environmental geography at the University of Toronto Mississauga in a press release.

“In addition to species diversity, there are a diversity of spaces where protecting existing trees and planting new ones will support resilient urban forests,” Conway said.

Race and the environment

Scott writes however that “municipal tree planting is more likely to occur in rich white areas, and less likely to happen in poor Black neighbourhoods, even though it is these areas which have the greatest need for tree cover.”

A 2016 report from the Green Infrastructure Ontario Coalition on the state of forests in the Greater Toronto Area noted that higher-income neighbourhoods tend to have resident associations with political influence that are able to advocate for better protection and expansion of neighbourhood tree cover.

“In addition, residents in these areas are more likely to own rather than rent, which means they can more easily undertake landscaping on their properties and access planting programs that offer subsidized trees,” it states.

‘This is about vulnerability’: Ingrid Waldron on the links between environmental racism and police brutality

Race remains an issue across the environmental sector — from tree planting to advocacy work to outdoor recreation.

“In a lot of fields, what you see is a whole ton of white people and the absence of, in my case, specifically Black people,” she said.

Scott said she saw the full diversity of Toronto on display at the climate marches, but notes the leadership of major environmental organizations is mostly white.

“So, there’s a disconnect between what’s happening on the ground, especially in terms of the climate justice, climate crisis and the leadership that’s present,” she said.

Organizations involved in tree planting and other environmental work must do targeted outreach to engage and build relationships with Black communities, Scott said, and the first, crucial step is hiring Black staff.

“They know their community, they know what it means to be Black. Give them the support that they need and they will get results, but you actually have to hire them,” she said.

Scott’s own work targets outdoor recreation, which she called a gateway to broader environmental awareness. She focuses on the Black community specifically because of the race-based violence and harassment that Black people experience.

My daytrip to Brantford, to #hike along the Grand River. And to check out its #Indigenous and #BlackHistory. I had a chat with Chief Joseph Brant, and John Anderson who escaped slavery via the #UGRR. #BlackOutdoors #nature #CdnHistory pic.twitter.com/f8pmAqL9RZ

One approach is by pointing to the long history of Black people in the outdoors, Scott said, including Harriet Tubman, who led enslaved people to freedom using the Underground Railroad.

“That’s an incredible amount of wilderness skills that she had in order to do that,” Scott said.

There were also Black gold miners who crossed mountain passes to reach the Klondike, Black fur traders who did multi-week canoe trips and Black cowboys, including the legendary John Ware, she said.

“From the day we first arrived in Canada, we’ve always been involved in the outdoors,” Scott said.

A new report shows that marginalized communities in the Greater Toronto Area have less access to greenspaces than other residents. Photo: Scott Webb / Unsplash

Ainslie Cruickshank is a Vancouver-based journalist focused on stories about the environment. She has written for the Toronto Star, the…