Residential school survivors, their families, indigenous and non-indigenous Canadians alike packed the ballroom of the Delta Ottawa hotel on Tuesday for the release of the Truth and Reconciliation Commission's (TRC) monumental report on 130 years of ‘Indian’ residential schools in Canada.

“The eyes of the world and the gaze of history is upon us. What we do now and in the years ahead matters a great deal,” the commission’s chair, Justice Murray Sinclair, said during the report’s launch.

Six years of research and thousands of survivor testimonies led Sinclair and fellow commissioners Dr. Marie Wilson and Chief Wilton Littlechild to conclude residential schools were central to a century-long Canadian government indigenous policy that “can best be described as 'cultural genocide.'”

Beginning in the 1880s, more than 150,000 First Nations, Metis and Inuit children were removed from their families and forced into state-run and church-run schools where physical, emotional and sexual abuse was rampant and indigenous languages and cultural practices banned. The last school closed in 1996.

“There are words, stories, medicines that have been lost forever. We don’t even know the extent of what we lost and we’ll likely never know,” indigenous lawyer Caleb Behn said. Behn is Eh Cho Dene and Dunne-Za/Cree from Treaty 8 territory in northern British Columbia.

The commission’s report documents the crimes perpetuated against the children of residential schools and provides recommendations on how Canada can deal with the legacy of a racist policy designed to “kill the Indian in the child.”

“What the TRC has done is brought out the stories of survivors and awoken something deep and profound in our elders and our young people,” indigenous rights and oilssands campaigner Clayton Thomas-Muller told DeSmog Canada. Muller is a member of the Missinipi Ethinewak  (Big River Cree) in Manitoba. 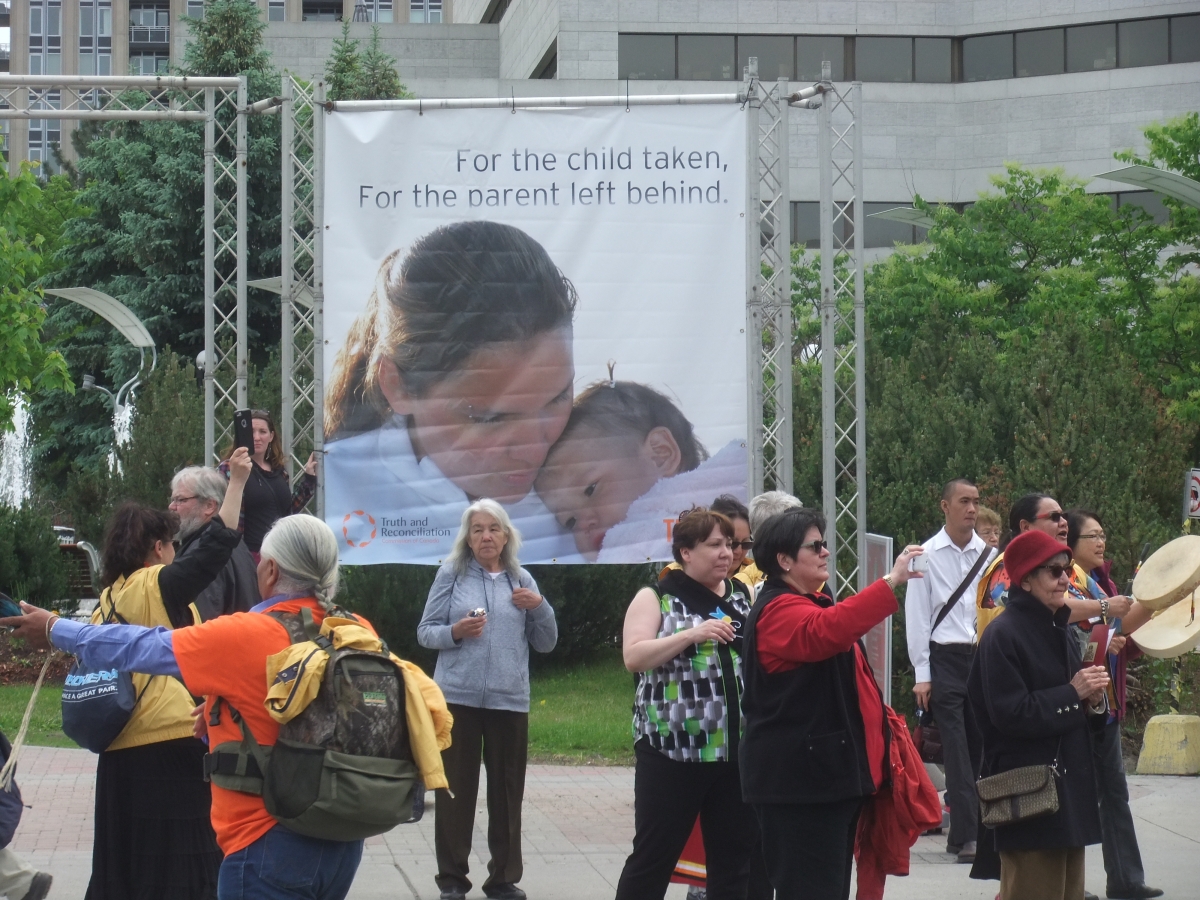 The commission’s recommendations, 94 in total, are broad in scope and are intended to close the gap between indigenous and non-indigenous Canadians. If implemented by the federal government, the recommendations would bring changes to key policy areas such as education, healthcare and justice.

The recommendations could also change business-as-usual in the energy sector.

“There can be no true reconciliation until the fight for land and resources is resolved,” said Crystal Lameman, treaty co-ordinator and tarsands communications manager for the Amisk Sakahikan Nehiyaw or Beaver Lake Cree Nation in Alberta.

“Until then, we will never have true reconciliation or a relationship with Canada based on peace, friendship and sharing as outlined in the treaties,” Lameman told DeSmog Canada.

The commission’s report makes multiple references to the United Nations Declaration on the Rights of Indigenous Peoples and recommends the internationally recognized document be the “framework” for reconciliation in Canada:

“The Commission therefore believes that the United Nations Declaration on the Rights of Indigenous Peoples is the appropriate framework for reconciliation in twenty-first-century Canada. Studying the Declaration with a view to identifying its impacts on current government laws, policy, and behaviour would enable Canada to develop a holistic vision of reconciliation that embraces all aspects of the relationship between Aboriginal and non-Aboriginal Canadians, and to set the standard for international achievement in its circle of hesitating nations.” (pages 243 -244 of the executive summary)

Canada was one of four countries to vote against the declaration in 2007 at the United Nations. Prime Minister Stephen Harper’s government had and has concerns the founding concept in the declaration of ‘free, prior and informed consent’ (FPIC) will undermine Canada’s sovereignty and ability to extract resources.

“When does FPIC matter? Consent is an absolute necessity in a free and just society. We are not asking for the world here,” Behn said.

The declaration requires its signatories to obtain the free and informed consent of indigenous peoples “prior to the approval of any project affecting their lands or territories.” This notion alone could throw a wrench into the Harper government’s plans on transforming Canada into an oil and gas “energy superpower.”

States shall consult and cooperate in good faith with the indigenous peoples concerned through their own representative institutions in order to obtain their free and informed consent prior to the approval of any project affecting their lands or territories and other resources, particularly in connection with the development, utilization or exploitation of mineral, water or other resources. (Article 32(2) of UNDRIP)

Canada eventually signed the declaration in 2010, but has not made free, prior and informed consent part of federal policy. A private member’s bill by the NDP for implementing the declaration was voted down last month in Parliament.

“You can’t address abuse while abusing. You cannot address injustice while perpetrating injustice.” 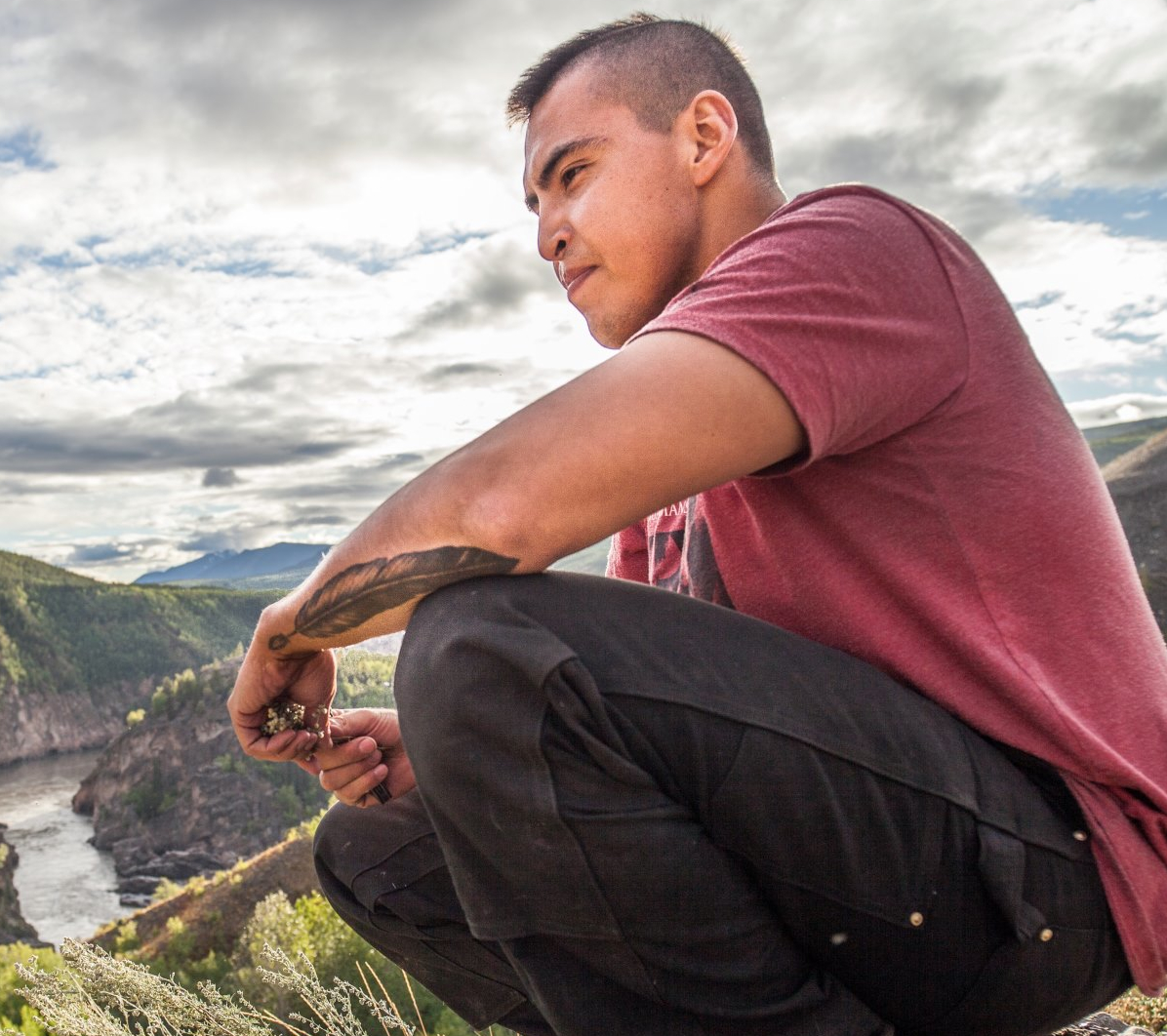 Behn’s home in northeastern British Columbia is at the centre of the gas fracking bonanza featured in the documentary Fractured Land.

If there is one glaring common dominator between the crimes committed against the children of residential schools and the growing number of legal challenges mounted by Canada’s indigenous people against pipelines, mines and oil and gas developments, it is the lack of consent.

“Part of the colonial conquest and Canada's Indian Act was an attempt to eradicate the family, the most powerful element of indigenous worldview and cosmology,” Muller explains.

“Breaking up families to get indigenous peoples off the land were all part of this exploitation, and is the fundamental foundation of the current Canadian economic model.”

“Every Single Molecule of Us is Connected to the Land”

The Beaver Lake Cree Nation of Treaty 6 is locked in a major lawsuit with the governments of Alberta and Canada concering 19,000 oilsands and other energy projects on their traditional territory northeast of Edmonton. 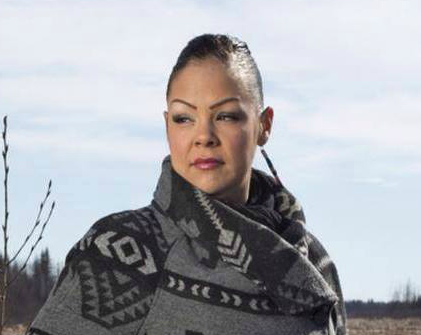 “The ongoing violation of nature through unchecked resource extraction is a violation to us. Every single molecule of us is connected to the land,” Lameman of the Beaver Lake Cree told DeSmog Canada.

The Beaver Lake Cree argue in their case that the ongoing environmental degradation of their traditional land violates their treaty rights to hunt, fish and trap. Furthermore, they did not consent to this infringement of their constitutionally protected rights.

“This Moment Needs to be Used to Push a Social Movement”

Many Canadians will be pessimistic about the current federal government embracing the commission’s recommendations. After all, hasn't Canada been down this road before with the Royal Commission on Aboriginal Peoples less than twenty years ago? Its recommendations were largely ignored.

But as Justice Sinclair was quick to point out yesterday, the report was not written solely for Canada’s government today. It was written for the future.

"We've described a mountain and shown you the path to the top. We're calling on you to do the climbing," Sinclair said in his closing remarks.

“Reconciliation is not an aboriginal problem, it is a Canadian one. It involves us all.”

“This moment needs to be used to push a social movement with the moral authority of TRC’s recommendations, like the Idle No More movement which exploded in Canada under Harper,” Muller said. 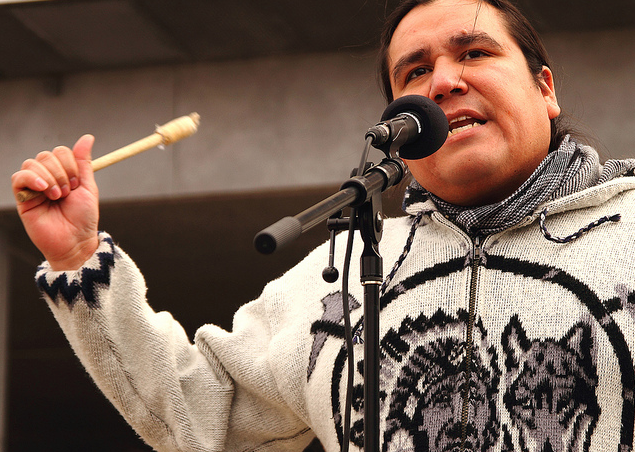 Canadian political philosopher John Ralston Saul argues in his latest book that Canada’s indigenous people are growing in strength and influence after hitting an abysmal low that is most heinously epitomized by the residential school system. He writes:

“And yes, non-Aboriginals have a choice. We can go on allowing our governments and power systems and corporations to slow or attempt to stop or deform this return of the founding peoples to their proper place. Or we can learn to listen and to understand what is happening. And then we can ensure that we do not continue to be the problem.” (The Comeback, p.68)

“We might not see reconciliation in the next ten years but I guarantee we will see dramatic changes,” Muller told DeSmog Canada.

Derek Leahy
Derek was born and raised in Brooklin and now lives in Ottawa. He worked in Germany for eight years as a historical tour guide. He...