Share
The Tulsequah Chief mine in northwest B.C. has been polluting the Taku River watershed for more than 60 years. Photo: Christopher Miller
News

‘Step in the right direction’: B.C.’s Tulsequah Chief mine inches toward cleanup as receivership ends

The province had been reluctant to start reclamation at the remote site, which has been leaching contaminants into the Taku watershed for more than six decades, because work could have benefitted a future buyer
Matt Simmons, Local Journalism Initiative reporter
Nov 10, 2020
8 min read

The bankrupt owner of the Tulsequah Chief mine in northwest B.C. has been discharged from receivership, paving the way for B.C. to finally clean up an infamous site that has been polluting the Taku River watershed for more than 60 years.

The story of the acid-leaching mine, abandoned in the 1950s by its first owner, Cominco, later bought by Teck Resources, has been a sore spot for B.C., which has been criticized for its failure to adequately account for long-term mine liabilities in its permitting process.

Chieftain Metals purchased the Tulsequah Chief mine in 2010, accepting responsibility for the site’s remediation, but quickly closed the mine because of the high costs of operating in such a remote location. The company filed for bankruptcy in 2016 and defaulted on a $26-million loan from its largest creditor, West Face Capital, a Toronto-based investment company.

West Face Capital started the receivership process through the Ontario Superior Court, which gave the company access to Chieftain’s assets and permission to sell the mine to recoup some of its losses, which it was unable to do.

Last month, the court closed the four-year process and discharged Chieftain, but granted West Face Capital a two-year extension to continue the search for a buyer. A buyer would have to pay Chieftain’s debts as part of the purchase.

The location of the abandoned Tulsequah Chief mine in relation to the Taku River watershed. Map: Carol Linnitt / The Narwhal

According to the B.C. government’s submissions to the court, the province has been reluctant to clean up and close the mine during the receivership proceedings because any time, effort and money invested in reclamation could ultimately benefit West Face Capital and a future buyer. Despite this, the province has been working on interim remediation at the site since 2016.

It’s unknown how the two-year extension will affect the province because no one there is able to provide a comment until the final results of the provincial election are determined. However, Will Patric, executive director of Rivers Without Borders, is hopeful the end of the receivership will open the door for B.C. to start more concerted cleanup efforts. 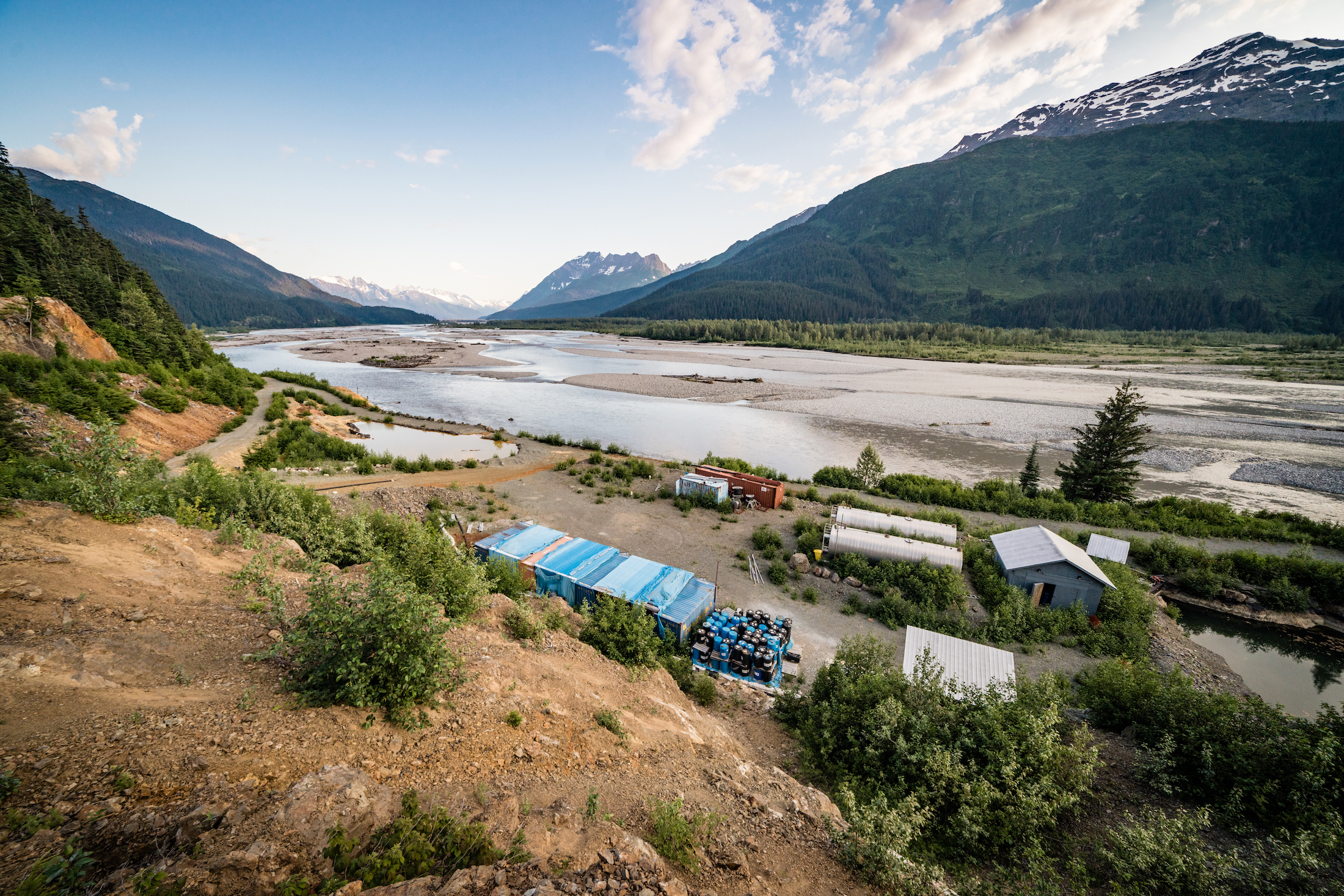 The abandoned Tulsequah Chief mine site is just meters from the Tulsequah River, a tributary of the salmon-rich Taku River. For six decades, B.C. has failed to address acid mine drainage at the site. Photo: Colin Arisman / The Narwhal

“As long as the receivership was in place, B.C. may have had its hands somewhat tied relative to remediation options. But now it doesn’t,” he said. “It’s not the knockout punch we might like to see, ending the receivership absolutely and unequivocally, but in the context of 63 years of unabated toxic discharge into a world-class salmon river system like the Taku, this is another really good step in the right direction.”

In the final court hearing in August, West Face Capital requested an unlimited extension to the receivership process so it could indefinitely attempt to recoup its losses. The Taku River Tlingit First Nation, whose territory the mine is on, argued that an indefinite timeline would  undermine efforts to stop the pollution and close the mine for good.

“Taku River Tlingit has little confidence that the mine is economically viable or that the mine can be operated in a way that would be acceptable to them,” the nation said in its submission to the court.

The court agreed with the nation’s assessment.

It’s unlikely any mining company will want to touch Tulsequah, according to Chris Zimmer, Alaska campaign director with Rivers Without Borders. Because the mine has been polluting a transboundary watershed for so long, it has attracted the ire of Alaska and B.C. environmental groups and Indigenous communities on both sides of the border.

“It’s a relatively small mine for the amount of controversy it’s generated over the last couple of decades,” Zimmer said. “I’d be surprised if someone wants to come in and buy something that has [this] environmental liability and the political liability.

The site is only accessible by plane or barge, which means operating costs are high and the logistics of transporting equipment to the mine, which include crossing an international border, are challenging. 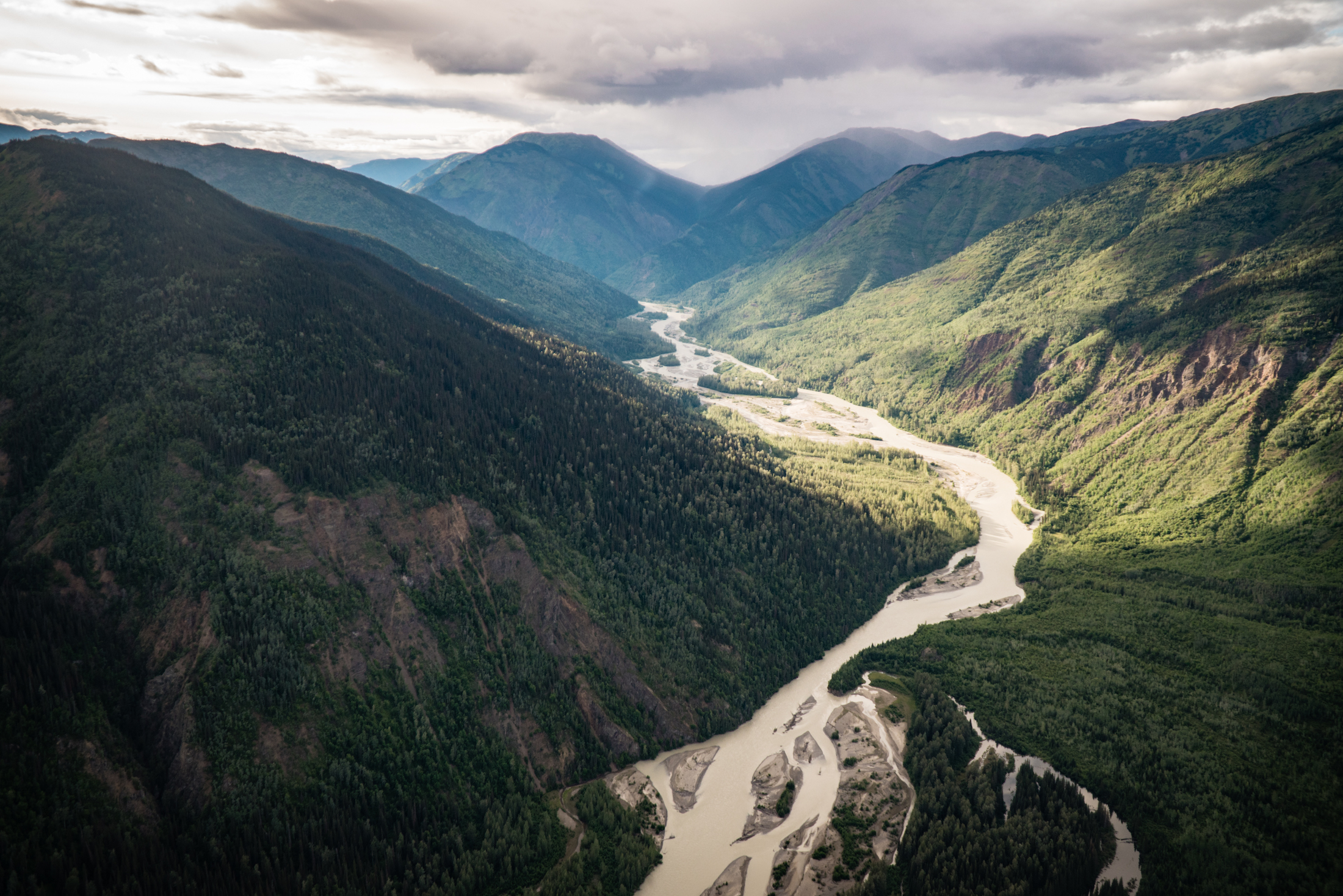 At 18,000 square kilometers, the Taku River watershed is one of the largest, unroaded, unprotected watersheds along North America’s Pacific coast.. Photo: Colin Arisman / The Narwhal

For the Taku River Tlingit, the cleanup and final closure of the mine would restore a culturally important part of their territory. In its submission to the court, the nation explained that the word Tulsequah comes from a Tlingit word meaning “root garden river” and the area contains many significant wildlife, plants, campsites and settlement areas.

“Taku River Tlingit people are not currently able to exercise their Aboriginal rights at or around the mine site due to unsafe conditions and fears that plants and animals harvested from the area would be unhealthy to consume because of environmental contamination from the mine.”

The nation said it has taken steps to designate the Tulsequah Valley as an Indigenous Protected and Conserved Area.

Will the polluter pay?

After decades of pressure to take responsibility for the mine, B.C. agreed to partner with the Taku River Tlingit to develop a reclamation and closure plan, which was released in August, despite the possibility of a new buyer stepping in.

As The Narwhal previously reported, the 113-page plan proposes a multi-step process with final closure options to be informed by on-site work over the next five years.

Some groundwork for the planned cleanup is already underway.

The province has built a work camp, repaired roads and bridges and transported fuel and supplies to the site in preparation for work next spring. An aerialLiDAR survey, which will help create detailed 3D maps using laser scanners, was delayed due to poor weather conditions over the summer.

The province hopes the planned survey will take place in the spring.

The estimated cost of the cleanup and closure is just shy of $50 million in upfront costs plus an additional $1 million per year for monitoring and maintenance.

The work thus far has been funded by money Chieftain paid the province in the form of a bond. When a mining company receives a permit to operate, it is required to pay the industrial equivalent of a damage deposit to cover the cost of cleanup in case it goes bankrupt. But the province doesn’t always collect enough. A 2018 report from B.C.’s chief inspector of mines said the province is more than $1 billion short to cover land reclamation costs for all abandoned mines and contaminated sites. 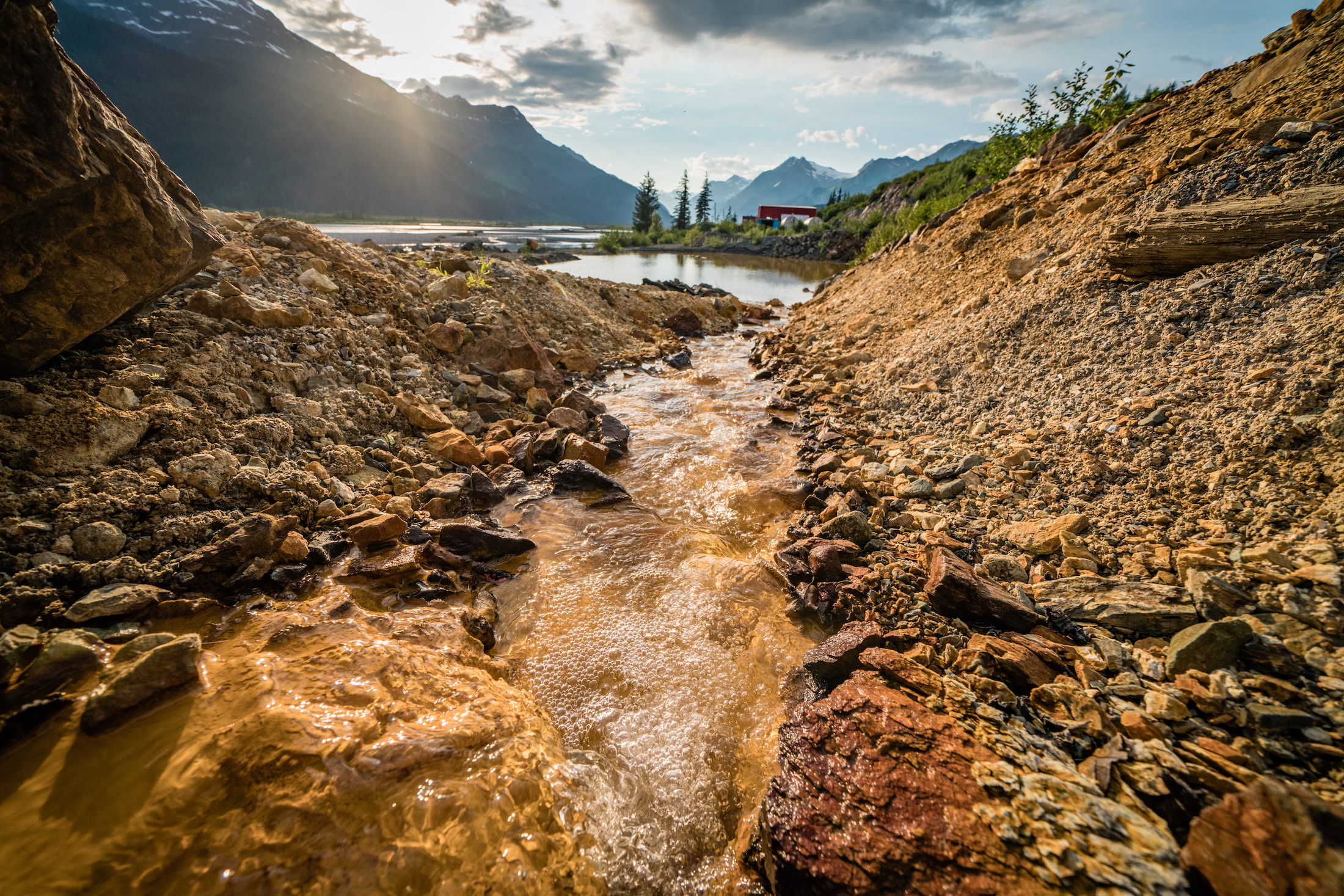 Water contaminated with acid mine drainage flows into a containment pond near the Tulsequah River. Photo: Colin Arisman / The Narwhal

As The Narwhal reported earlier this year, critics have been calling for reforms to B.C.’s mining laws to ensure the polluter pays and taxpayers aren’t left to cover the costs. Chieftain paid just over $1 million and most of that money has already been spent.

In a letter to Chieftain Metals dated Sept. 2, 2020, B.C.’s chief inspector of mines said the province only has $316,000 left. But the government set up a lien on the mine and its associated mineral tenure for all future work the province does on reclamation and closure, which means any money the province spends after it uses up the remaining security would have to be paid back by a future buyer.

When the two-year extension to find a new buyer is up, it remains to be seen who will be responsible for the final bill. Under Section 45 of the B.C. Environmental Management Act, the province can hold previous owners liable.

When The Narwhal asked Teck Resources if it would be contributing financially to the mine closure, it provided the same statement it had previously given The Narwhal for another story.

“We understand that a number of ongoing legal proceedings with respect to the site will need to come to a conclusion as a long-term approach is finalized,” the statement said. “However, as this process moves forward, we are supportive of the province and the Taku River Tlingit First Nation’s interim reclamation actions at the site.”

Zimmer questioned the statement, saying there’s only one legal proceeding on the books. But regardless, he said the company should be held financially accountable.

“The law is very clear. There’s no debate of whether Teck is the liable party here. The question is how much will Teck contribute? And how much are the taxpayers stuck with here?”

The Tulsequah Chief mine in northwest B.C. has been polluting the Taku River watershed for more than 60 years. Photo: Christopher Miller
Published By