Clean B.C. is quietly using coal and gas power from out of province. Here’s why

Behind the sheen of its CleanBC program, the province holds back hydro power to instead import cheap electricity from 12 states including Wyoming, Utah, Nebraska and Montana which generate 55 to 90 per cent of their power from coal

That’s the message conveyed in advertisements for the CleanBC initiative launched by the NDP government, which has spent $3.17 million on a CleanBC “information campaign,” including almost $570,000 for focus group testing and telephone town halls, according to the B.C. finance ministry.

Yet despite all the bumph, British Columbians have no way of knowing if the electricity they use comes from a coal-fired plant in Alberta or Wyoming, a nuclear plant in Washington, a gas-fired plant in California or a hydro dam in B.C.

In 2018, for instance, B.C. imported more electricity than it exported — not because B.C. has a power shortage (it has a growing surplus due to the recent spate of mill closures) but because Powerex reaps bigger profits when BC Hydro slows down generators to import cheaper power, especially at night.

“B.C. buys its power from outside B.C., which we would argue is not clean,” says Martin Mullany, interim executive director for Clean Energy BC. 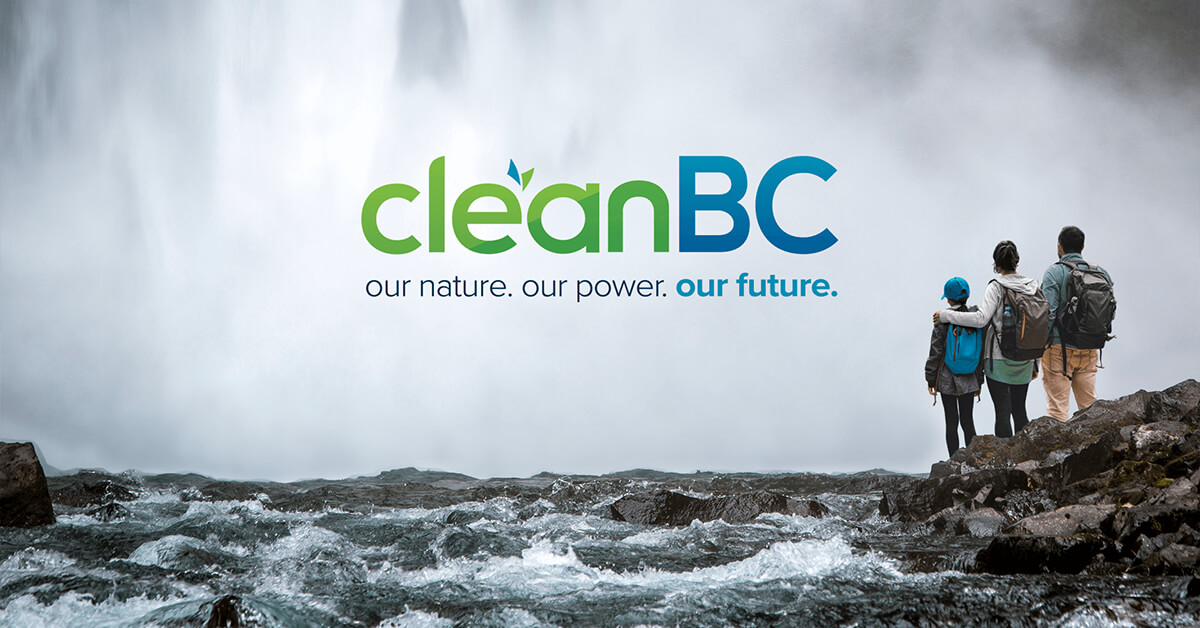 “A good chunk of the electricity we use is imported,” Mullany says. “In reality we are trading for brown power” — meaning power generated from conventional ‘dirty’ sources such as coal and gas.

Wyoming, which generates almost 90 per cent of its power from coal, was among the 12 U.S. states that exported power to B.C. last year. (Notably, B.C. did not export any electricity to Wyoming in 2018.)

Utah, where coal-fired power plants produce 70 per cent of the state’s energy, and Montana, which derives about 55 per cent of its power from coal, also exported power to B.C. last year.

Coal is responsible for about 23 per cent of the power generated in Arizona, another exporter to B.C., while gas produces about 44 per cent of the electricity in that state.

That adds up to a lot of carbon.

In 2017, the latest year for which statistics are available, electricity imports to B.C. totalled just over 1.2 million tonnes of carbon dioxide emissions, according to the B.C. environment ministry — roughly the equivalent of putting 255,000 new cars on the road, using the U.S. Environmental Protection Agency’s calculation of 4.71 tonnes of annual carbon emissions for a standard passenger vehicle.

These figures far outstrip the estimated local and upstream emissions from the contested Woodfibre LNG plant in Squamish that is expected to release annual emissions equivalent to 170,000 new cars on the road.

Import emissions cast a new light on B.C.’s latest “milestone” announcement that 30,000 electric cars are now among 3.7 million registered vehicles in the province. 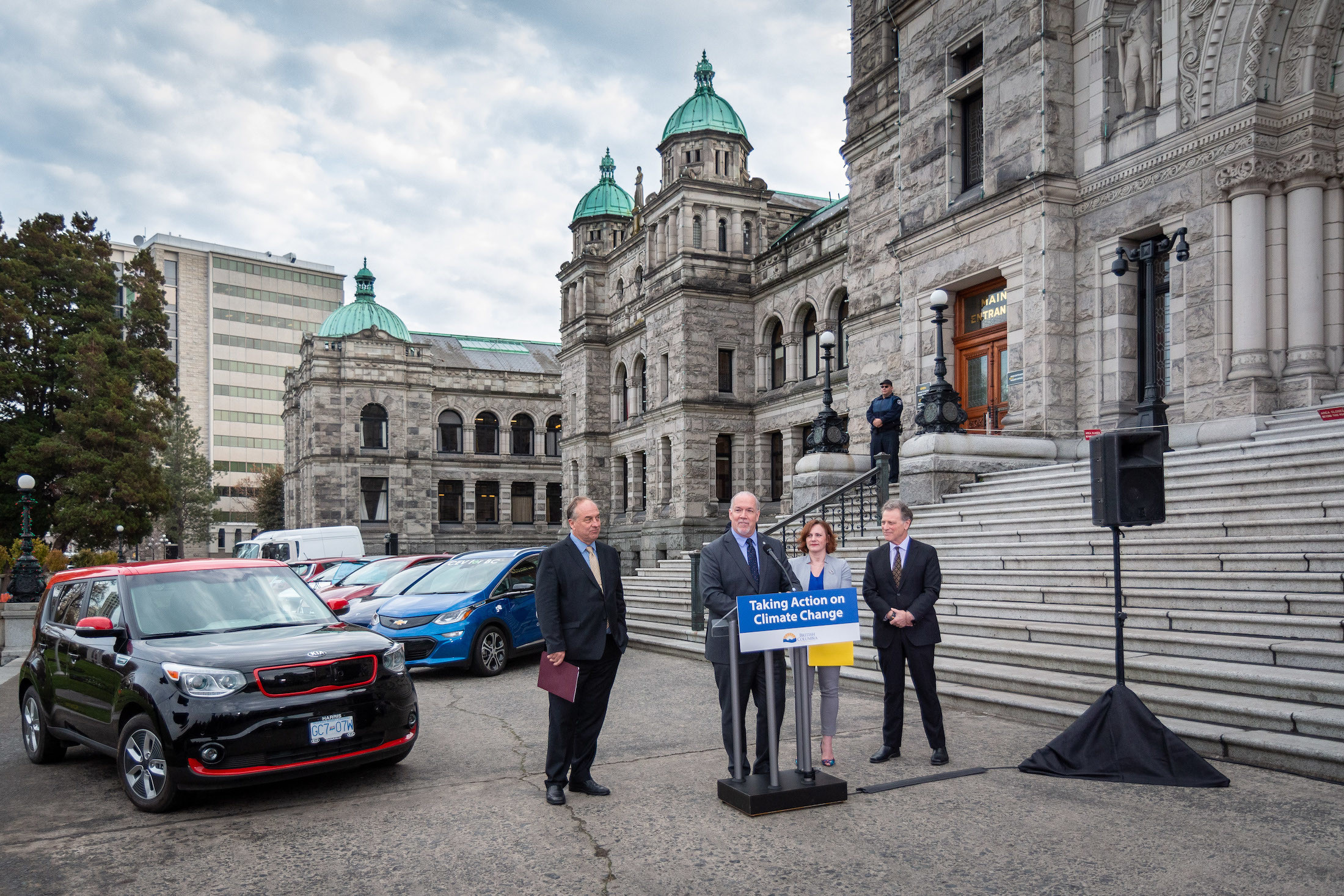 In November of 2018 the province announced a new target to have all new light-duty cars and trucks sold to be zero-emission vehicles by the year 2040. Photo: Province of B.C. / Flickr

“Making sure more of the vehicles driven in the province are powered by BC Hydro’s clean electricity is one of the most important steps to reduce [carbon] pollution,” said the November 28 release from the energy ministry.

Mullany points out that Powerex’s priority is to make money for the province and not to reduce emissions.

“It’s not there for the cleanest outcome,” he said. “At some time we have to step up to say it’s either the money or the clean power, which is more important to us?”

These transactions are money-makers for Powerex, an opaque entity that is exempt from B.C.’s freedom of information laws.

Little detailed information is available to the public about the dealings of Powerex, which is overseen by a board of directors comprised of BC Hydro board members and BC Hydro CEO and president Chris O’Reilly.

“We will never know the true picture. It’s a black box.”

Powerex’s CEO Tom Bechard — the highest paid public servant in the province — took home $939,000 in pay and benefits last year, earning $430,000 of his executive compensation through a bonus and holdback based on his individual and company performance.

“The problem is that all of the trade goes on at Powerex and Powerex is an unregulated entity,” Mullany says.

“We will never know the true picture. It’s a black box.”

In an emailed statement in response to questions from The Narwhal, BC Hydro said “there can be a need to import some power to meet our electricity needs” due to dam reservoir fluctuations during the year and from year to year.

‘Impossible’ to determine if electricity is from coal or wind power

Emissions associated with electricity imports are on average “significantly lower than the emissions of a natural gas generating plant because we mostly import electricity from hydro generation and, increasingly, power produced from wind and solar,” BC Hydro claimed in its statement.

Similarly, when B.C. imports power from Alberta, where 48.5 per cent of electricity production is coal-fired and 38 per cent comes from natural gas, there’s no way to tell if the electricity is from coal, wind or gas, McCullough says.

“It really is impossible to make that determination.” 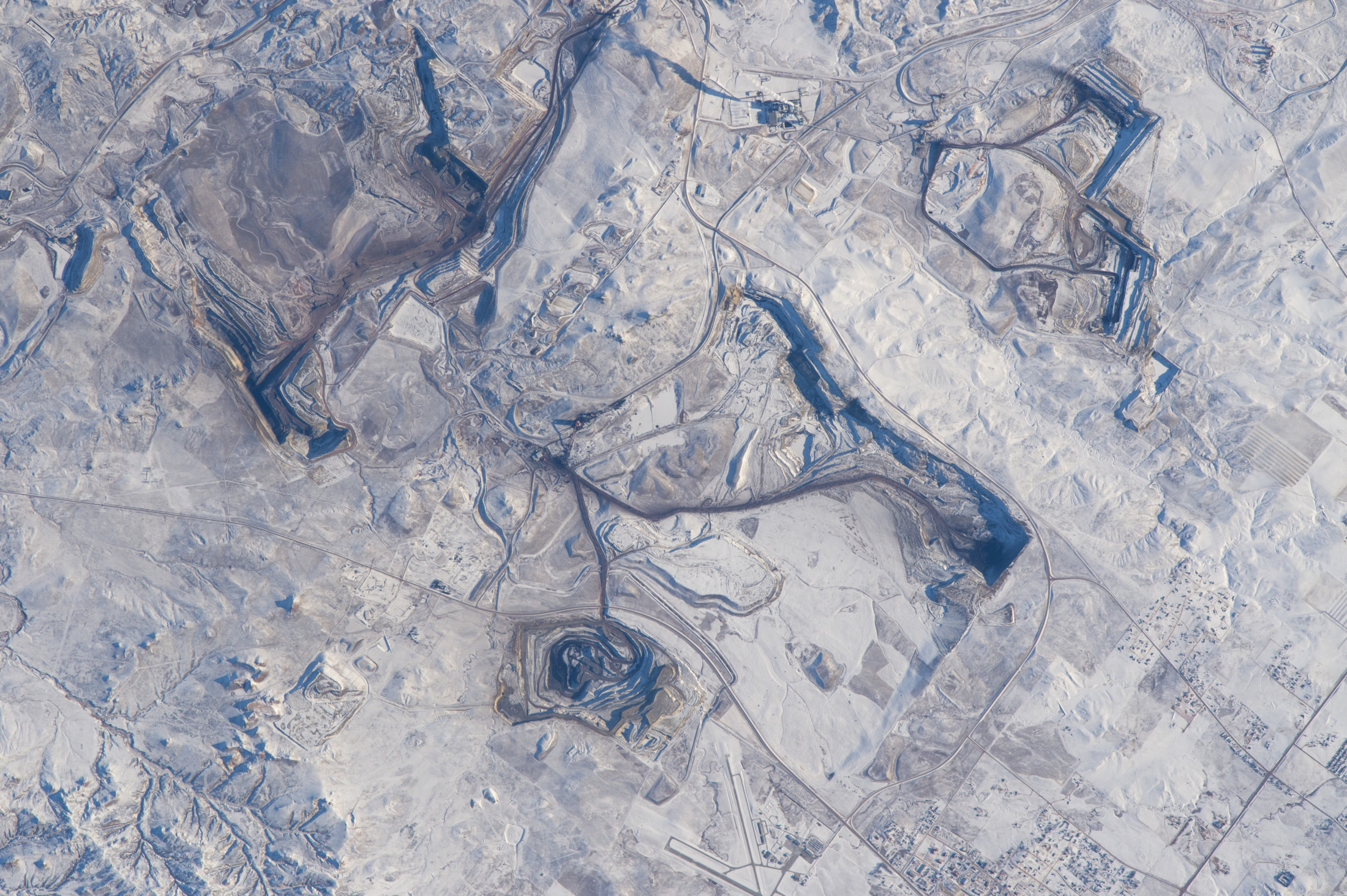 The Gillette coal pits in Wyoming, one of the largest coal-producers in the U.S. Photo: NASA Earth Observatory

Neither the Canada Energy Regulator nor Statistics Canada could provide annual data on electricity imports and exports between B.C. and Alberta.

But you can watch imports and exports in real time on this handy Alberta website, which also lists Alberta’s power sources.

In 2018, California, Washington and Oregon supplied considerably more power to B.C. than other states, according to data from Canada Energy Regulator.

Washington, where about one-quarter of generated power comes from fossil fuels, led the pack, with more than $339 million in electricity exports to B.C.

California, which still gets more than half of its power from gas-fired plants even though it leads the U.S. in renewable energy with substantial investments in wind, solar and geothermal, was in second place, selling about $18.4 million worth of power to B.C.

And Oregon, which produces about 43 per cent of its power from natural gas and six per cent from coal, exported about $6.2 million worth of electricity to B.C. last year.

“When you need power fast and there aren’t many sources that can supply it you’re willing to pay more for it.”

“As a consumer you never know whether you’re getting a clean electron or a dirty electron. You’re just getting an electron.”

Banner: BC Hydro’s wholly-owned corporate subsidiary, Powerex Corp., exports B.C. power when prices are high and imports power from other jurisdictions when prices are low. Photo: Fré Sonneveld
We hear it time and time again:
“These are the stories that need to be told and you are some of the only ones telling them,” John, a new member of The Narwhal, wrote in to say.

Lawsuit follows in the footsteps of B.C. Supreme Court’s precedent-setting Blueberry River decision, which could...

Can sweetgrass sequester carbon? Piikani Nation plans to find out

Studying the carbon capturing capabilities of sweetgrass is just one part of a larger vision...