By The Conversation Canada
This article was originally published on The Conversation.
Share
A cow and calf from Columbia North herd, north of Revelstoke, B.C. Photo: David Moskowitz

Widespread species decline at the hands of humans is a powerful tale. According to the International Union for Conservation of Nature, more than 27 per cent of 100,000 assessed species are threatened with extinction. This disappearance is a warning that something is amiss on Earth.

The Anthropocene is the newly recognized geological epoch defined as widespread environmental change or crisis caused by human activity. Some predict history will remember it as the sixth mass extinction event on Earth.

Yet when the choice lies between protecting an endangered species or pursuing economic development, we almost always side with development. Maybe this shouldn’t be a surprise: as a species, we have evolved with a predisposition to favour growth over environmentally rational decisions. The world is literally dying around us as we continue to pursue the myth of endless growth.

In June 2019, Canada’s federal government approved the Trans Mountain Pipeline expansion to carry oil from Alberta to the coast of British Columbia. It did so despite an environmental assessment that found marine vessel traffic associated with the additional pipeline capacity will further dim the already dire prospects for the endangered southern resident killer whales.

This was not much of a surprise, really, since the federal government had already approved the pipeline expansion in November 2016. That approval, however, was quashed by the Federal Court of Appeal in August 2018, in part because the original environmental assessment had failed to consider the pipeline’s adverse impacts to the marine environment.

The strongest legislation to protect species at risk in Canada is generally considered to be the federal Species at Risk Act (SARA). But describing SARA as “strong” is misleading.

Studies show that species are less likely to be listed as threatened or endangered under SARA if they are the target of a commercial harvest. The most obvious example may be the demise of the Atlantic cod, a marine fish once abundant off the coast of Newfoundland. It has still not been listed under SARA despite having lost 99 per cent of its population since the 1960s due to overfishing.

And only rarely does the habitat necessary to the survival or recovery of a species at risk, called critical habitat protection, get legally protected under SARA.

As the Trans Mountain pipeline expansion approval illustrates, SARA is too easily disregarded by federal officials. Arguably SARA has protected only two species from economic development: the small population of greater sage grouse in southeastern Alberta and a population of the western chorus frog in a suburb of Montréal.

Perhaps the most glaring and obvious example is the massive ecological footprint of forestry, drilling sites, seismic lines, oilsands mines and in-situ oil extraction projects in northern Alberta. This has contributed to a sharp decline in woodland caribou populations.

Alberta continues to offer pie-in-the-sky measures to halt this decline. But in 2018, the province suspended efforts to protect caribou habitat, claiming that Albertans needed a caribou protection plan that also protected jobs and the economy. Say what?

On July 25, the Alberta Energy Regulator approved yet another new oilsands mine to be constructed and operated by Teck Resources just 30 kilometres south of Wood Buffalo National Park, despite finding that the mine will have a significant adverse impact on what is left of caribou habitat in this region of Alberta.

The Alberta Energy Regulator also acknowledged that the proposed Teck mine falls under the migratory pathway for the only native population of migratory whooping cranes on Earth (their summer breeding habitat is protected in Wood Buffalo National Park), and that during migration, the cranes could land on the mine’s tailings ponds and come into contact with the toxic soup. 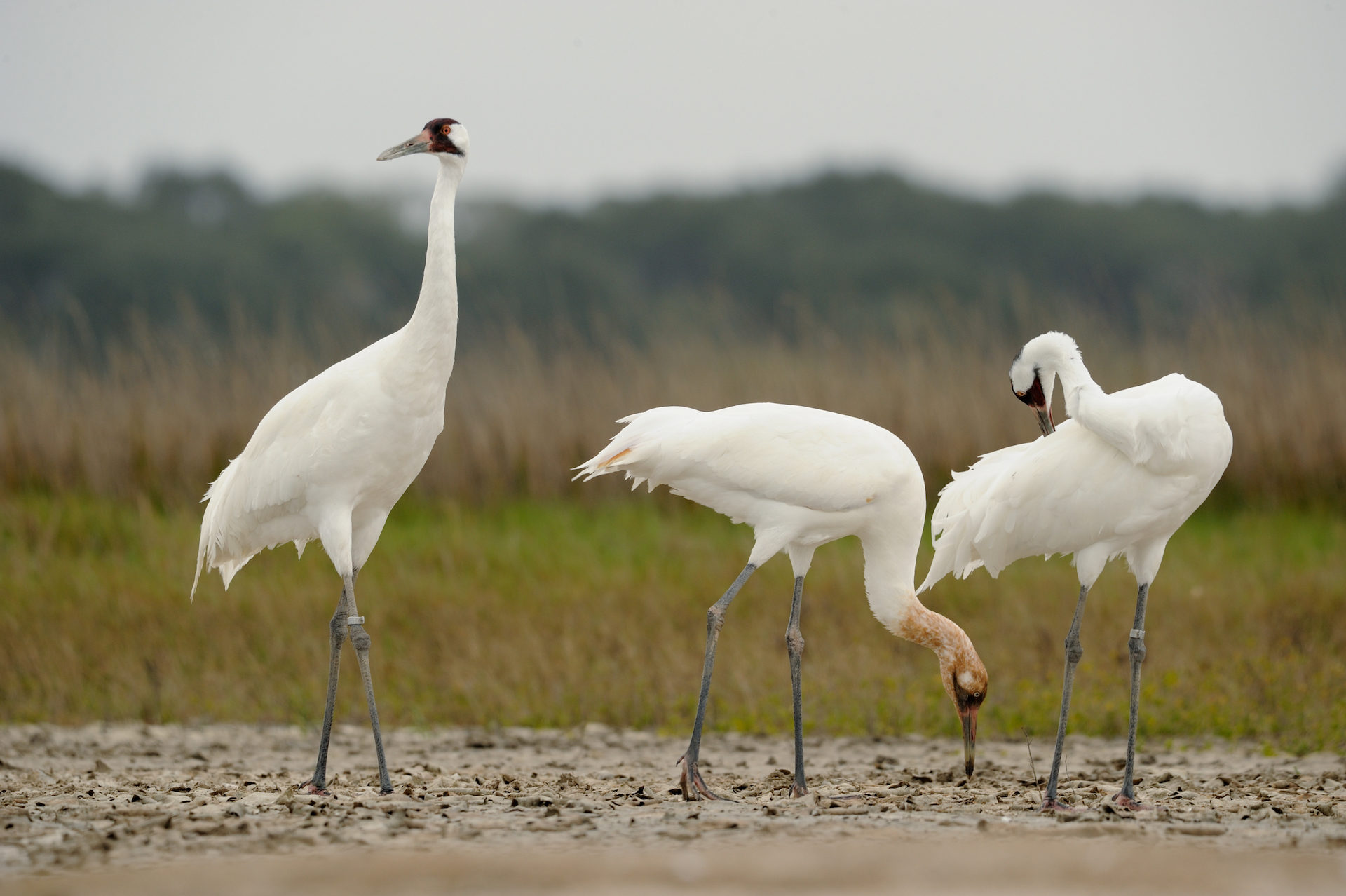 The whooping crane is listed as an endangered species under SARA, and mortality risk during migration is considered to be a primary threat to the overall total population of about 500 birds.

Nonetheless, the Alberta Energy Regulator found that any additional mortality of cranes because of this new mine would not have any adverse impact on the species. It would rely on proposed bird deterrent mechanisms to prevent cranes from landing in the tailings ponds. Yet the effectiveness of all known deterrent mechanisms used by oilsands operators has been questioned and surely any adverse impact on an endangered species should be viewed as significant.

The Teck mine still requires federal approval before it can proceed, so there is perhaps still a distant hope of protecting further destruction of habitat for the threatened caribou and endangered cranes.

British Columbia is another province without dedicated endangered species protection laws. Enacting new legislation had been a policy priority for the B.C. government until recently, when in response to concerns about the adverse economic impacts of protecting caribou, the premier announced that new legislation was off the drafting table.

The Ontario Endangered Species Act was, at one time, considered to be strong legislation. However, in 2013 the Ontario government enacted regulations under the legislation to exempt certain commercial activities such as forestry, hydro-electric generation, quarrying and wind power generation from rules that protect endangered species.

In April 2019, the Ontario government proposed further amendments to its Endangered Species Act. Environmental advocates say these changes will give industry a free pass to exterminate species at risk in the province.

Meaningful legal protection of species at risk in Canada requires effective legislation implemented by all levels of government, but the provinces are the key. That’s because the overwhelming majority of endangered wildlife in Canada and their habitat are located on lands owned by the provinces.

Habitat loss is the primary cause of species decline and energy development is a significant contributor in this regard. Those with the greatest legal power to protect species at risk (that is, provincial officials) also happen to be those with the most to gain economically from the extraction and development of natural resources.

The result is predictable. Species decline will continue to accelerate in Canada as we push for more energy development and reduce the regulation of resource extraction and economic growth. Legal protection for endangered species in Canada seems to be getting weaker at precisely the moment when it should be getting stronger.

Banner: A cow and calf from Columbia North herd, north of Revelstoke, B.C. Photo: David Moskowitz
We hear it time and time again:
“These are the stories that need to be told and you are some of the only ones telling them,” John, a new member of The Narwhal, wrote in to say.