Film producer, biologist and wildlife photographer David Moskowitz was shocked to find that old-growth logging is continuing in B.C.’s interior temperate rainforest, despite clear evidence that it threatens fragile herds of endangered mountain caribou and, as he worked on his latest film, he tried to figure out how caribou and ancient trees could be saved, while protecting the local economy.

There is no simple solution, said Moskowitz, but he is hoping his film, “Last Stand: The Vanishing Caribou Rainforest,” which will be playing at the ELEMENTS film festival at Science World in Vancouver this weekend, will make people aware of what is at stake.

Last Stand will play Sunday afternoon as a part of the film festival’s Beautiful B.C. segment, that features short films A Northern Path: Exploring the Nisga’a and Stewart-Cassiar Highways and I Am Salmon as well as Creekwalker, a feature-length film that traces the creeks of the Great Bear Rainforest.

“[Last Stand] is about the last and largest remaining inland temperate rainforest on Planet Earth and these amazing creatures, the mountain caribou, that are tied to this ecosystem and how we are continuing to destroy it through logging and resource extraction,” he told DeSmog Canada.

The population of mountain caribou now stands at about 1,500 animals in a dozen herds that roam between the Kootenays and U.S. Pacific Northwest and they are struggling to survive, said Moskowitz, who worked on the film for about two-and-a-half years with director Colin Arisman.

“The whole population is at risk of extinction right now and the key part of this story is that B.C. and Canada have refused to take any substantive action to stop destroying the habitat for these animals,” he said.

“The reason these animals are disappearing is that humans have destroyed their refuge habitat, which is old-growth forest…They are turning old-growth trees into toilet paper.”

As forests are destroyed other species such as deer move in, followed by more predators and produces the conundrum of how to keep the mountain caribou alive while protecting First Nations culture and a forest economy, Moskowitz said.

In addition to the shock of finding B.C. is continuing to harvest timber in unique old-growth ecosystems, Moskowitz was stunned to discover that logging is subsidized by government because it costs companies more to get the trees to market than they get from selling them.

The province also mandates how much companies must cut, stipulating they will lose their licence if they do not harvest enough, he said.

“There is an imperative for them to keep cutting, regardless of the economics,” he said. 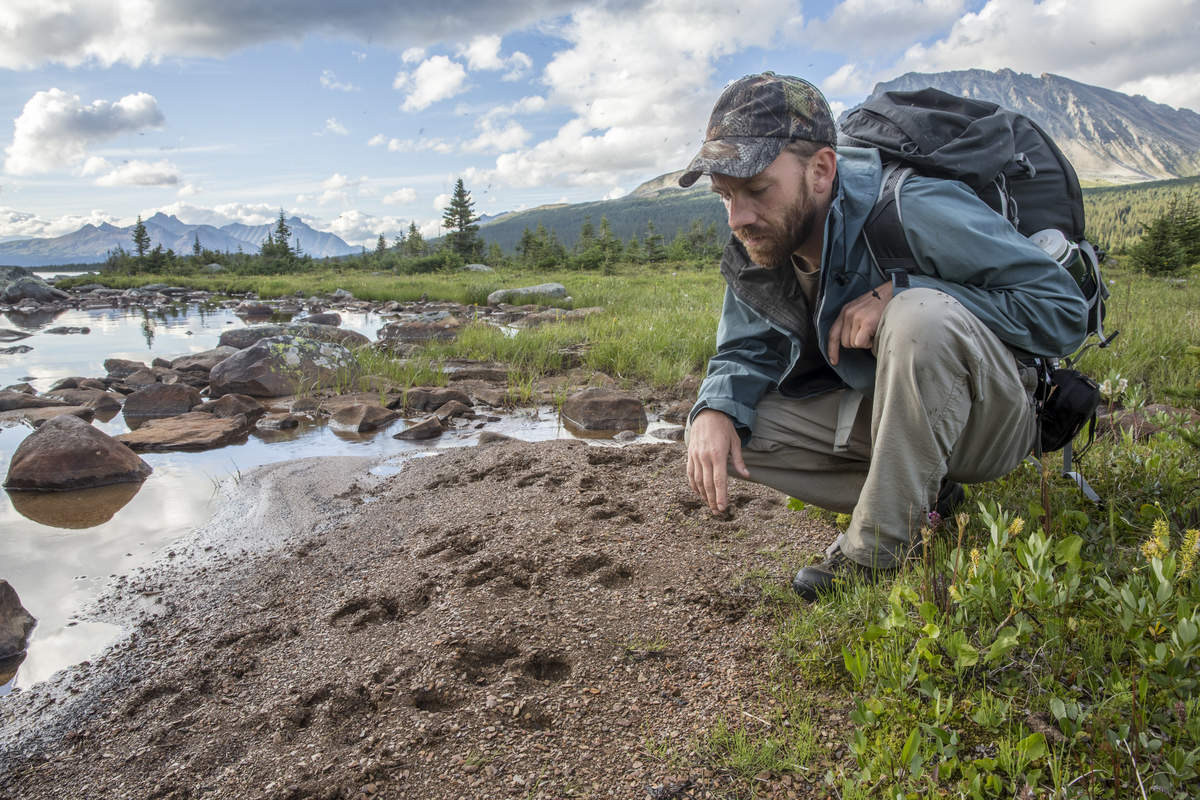 Marcus Reynerson inspects the mountain caribou tracks along the banks of a lake in the Canadian Rockies. Photo: David Moskowitz

There is little old-growth logging on the U.S. side of the border, but that does not necessarily mean the U.S. has done a better job, Moskowitz said.

“We had a few decades head-start, so there’s a lot less to cut. The opportunities to salvage this ecosystem is north of the border, but it is slated to be logged over the next four decades…Where the rubber meets the road is Canada and B.C.,” he said.

Moskowitz does not pretend he has solutions, but the film looks at topics such as community forestry and value-added forestry, where, rather than exporting pulp, jobs are created in local paper mills.

“Conservation initiatives that don’t work for local people just don’t work. Period. Some of the changes that need to take place in forestry would have a huge impact on the local economy,” he said.

“But we could cut a whole lot less trees and employ just as many people, if not more, if we looked at a value-added economy.”

Moskowitz hopes that one message that will resonate with audiences is that human beings cannot not turn away from the mess they have created.

“We have made a mess of things and we can’t just stay out of it. We must stay engaged and make really difficult choices.”

The ELEMENTS film festival will feature nature, wildlife and conservation films from 11 countries April 14-15 at the Telus World of Science in Vancouver.

For Arthur Hadland, the news that the BC Oil and Gas Commission has assumed responsibility for 401 orphan wells left by a bankrupt oil and...

In our latest newsletter, we spotlight a Metro Vancouver climate solution which will see experts...