No Sure Plans, Funding for $51 Billion Cleanup and Rehabilitation of Oilsands Tailings Ponds

By James Wilt
Share
Discharge pipes deliver waste into a tailings pond at a Suncor site in the oilsands. Photo: Alex MacLean

The future of Alberta’s sprawling tailings ponds is in serious crisis.

As of right now, there is no clear understanding if or how oilsands companies are going to clean up the 1.2 trillion litres of toxic petrochemical waste covering over 220 square kilometres in the province’s northeast.

On Monday, Environmental Defence and the U.S.’s Natural Resources Defense Council published a report that pegged potential costs for cleanup and reclamation at a staggering $51.3 billion: $44.5 billion for cleanup, with an additional $6.8 billion for rehabilitation and monitoring.

That amount exceeds the $41.3 billion in royalties collected by the province of Alberta between 1970 and 2016.

“Increasingly, as an Albertan, I am concerned that these will become public liabilities,” Martin Olszynski, law professor at the University of Calgary and expert in environmental law, tells DeSmog Canada.

“In my view, at this point, it’s more likely than not that they will become public liabilities.”

The two organizations behind the new research called on the Alberta government to reject any new tailings ponds applications and require existing tailings be cleaned up faster than they’re produced. 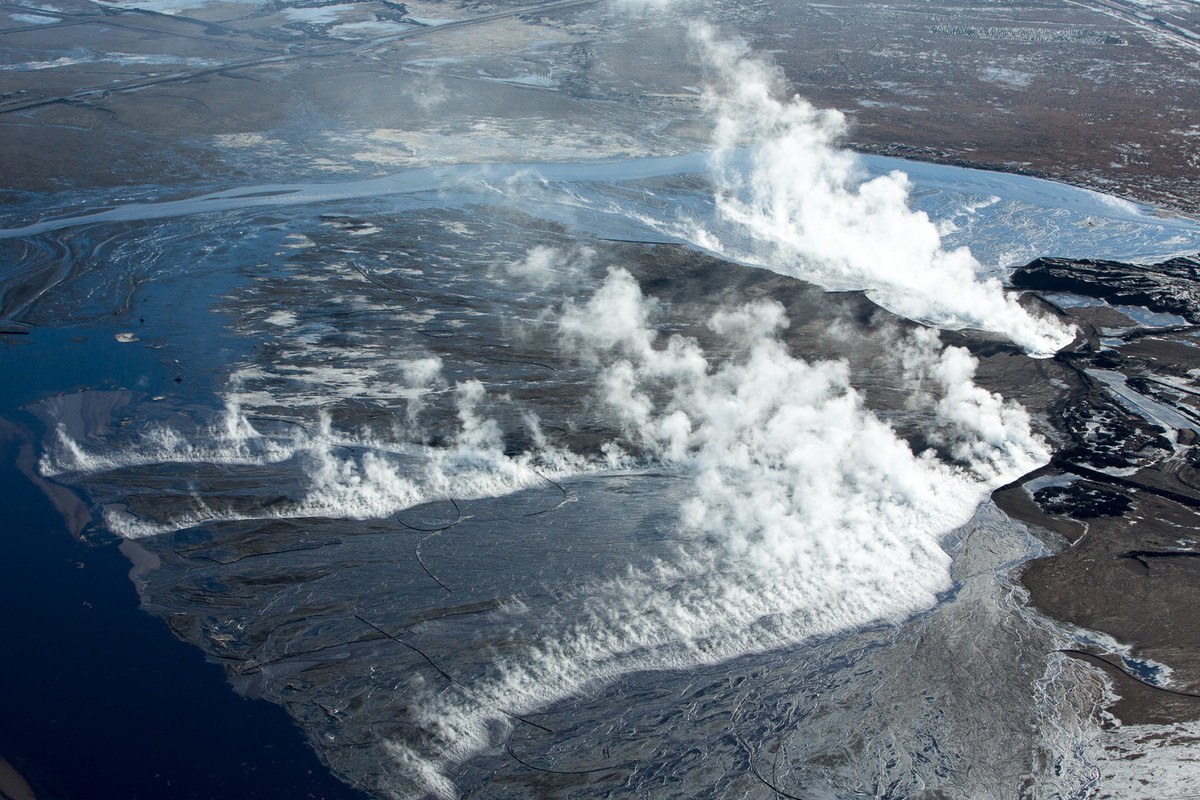 With no rules restricting the creation of tailings, oilsands waste ponds grew unabated for over 50 years.

The first rules, introduced in 2009, mandated companies create targets “to minimize and eventually eliminate long-term storage of fluid tailings in the reclamation landscape” but were a complete failure. Every single oilsands company failed to meet their own targets under the new guidelines.

And while the Alberta Energy Regulator (AER) introduced Directive 085 in mid-2016 in an attempt to deal with such issues, the effort has so far failed to produce tangible results.

Oilsands giant Suncor’s tailings management plan, submitted under the new directive, was rejected by the AER in March.

According to the regulator the plan failed on three accounts: 1) the technology of choice to treat the tailings was allegedly unproven; 2) Suncor “did not provide adequate information” on the proposed alternative; and 3) the actual timeline for reclamation was unproven.

In a surprise move, the AER recently decided to re-review Suncor’s plan, although it is unclear if Suncor has addressed those major issues.

“In the original denial from the AER, [Pembina] agreed with essentially all of those concerns and didn’t feel like Suncor addressed them,” Nina Lothian, senior analyst at Pembina Institute, tells DeSmog Canada.

A spokesperson for the AER tells DeSmog Canada that companies may request confidentiality concerning their application information.

“Confidentiality is rarely requested and only granted in compelling circumstances.” 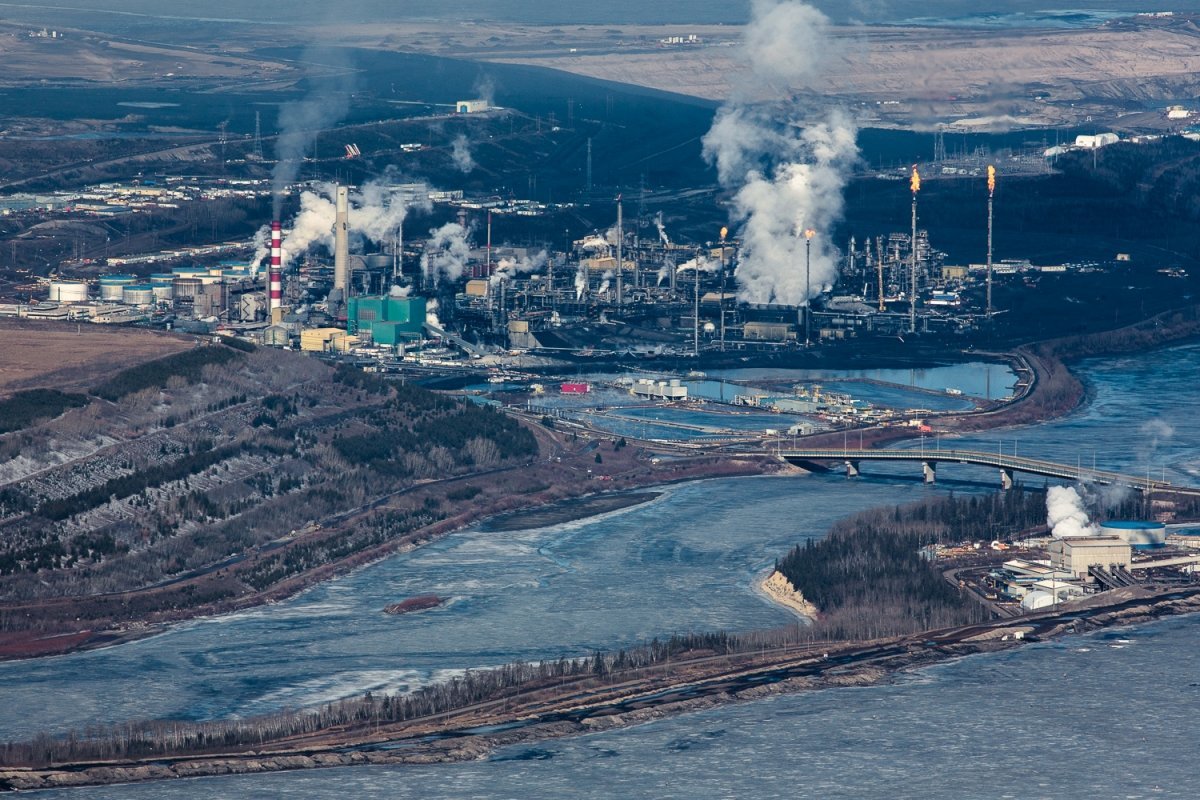 Smoke, steam, and gas flares rise from the Suncor upgrading facility. Reclamation efforts seen to the right, on what was once a tailing pond. Suncor has reclaimed only 7 per cent of their total land disturbance. Photo: Alex MacLean

COSIA has previous said the facility would potentially begin operation in 2017. The outcome of the Pit Lakes Project was meant to help inform the viability of tailings management for decades to come.

But as previously reported by DeSmog Canada, it’s unclear if COSIA has even started on the project.

When contacted for comment, COSIA referred DeSmog to a Syncrude spokesperson who couldn’t account for COSIA’s progress on the file.

Olszynski says Albertans deserve to know if COSIA is working on tailings management.

“The whole point of COSIA was to drive collaboration between oilsands producers recognizing there should be an economy of scale if they work together on some of these major environmental issues because they’re all dealing with the same issues,” he says.

“To then find out there’s some kind of proprietary issue that prevented Suncor from being fully transparent in its application is perplexing.”

When asked if the AER would integrate COSIA’s progress into the re-review of the Suncor plan, a spokesperson for the regulator wrote: “If information about COSIA’s Demonstration Pit Lake project is submitted as part of the application, then we will include it as part of our review.”

At this point, there is no public information about COSIA’s Demonstration Pit Lake project. 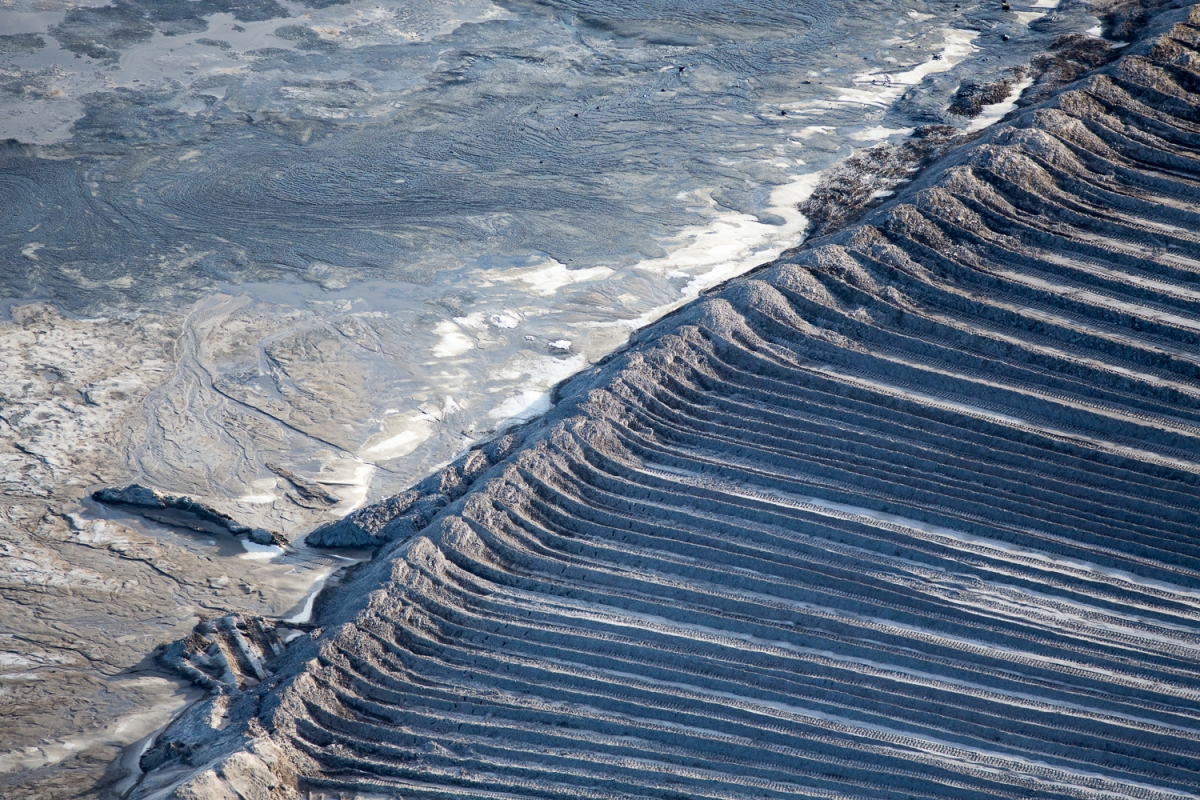 Tailings Technology Can Take Over Decade To Prove

A key concern for critics of the AER’s decision about the Suncor plan is that of timelines.

Lothian of the Pembina Institute says that many of the tailings management plans that are being presented by proponents have fairly extensive timelines to get the landscape to the point of “ready to reclaim.” That would require a reasonably aggressive treatment in order to reduce the liability on the landscape.

“The plans that have been presented in aggregate are showing that tailings are continuing to accumulate,” she says. “We’re not seeing that sort of treatment and reclamation that we were hoping for.”

According to the AER, Directive 085 “specifies that the risks, benefits, and trade-offs associated with the proposed tailings treatment technology must be understood, have contingencies identified, and risks mitigated.”

But Olszynski says that process to understand if a tailings technology works can take between 10 and 15 years of monitoring. He adds that either COSIA should update its website to indicate that it won’t be able to reach its 2017 target or be forthright with the regulator and Albertans.

The AER didn’t make it clear how it intends to evaluate Suncor’s plan without that information.

Another Seven Tailings Management Plans Being Reviewed By Regulator

At the end of this month, the AER will host an “enhanced review process” of Suncor’s proposed tailings management plan using existing dispute resolution processes, according to an AER spokesperson.

This will be the very first time such a process has ever occurred.

Lothian says the review will be “an opportunity to have a much more constructive, open dialogue with both the proponent and those that have submitted statements of concern.”

The AER is also reviewing seven other tailings management plans, including from Syncrude, Shell, Imperial Oil and CNRL.

But the outcome of the AER’s reconsideration of the Suncor plan could very well set the tone for the remainder of the process, especially given that it represents the largest oilsands player and the first to receive a verdict.

“We were hopeful under the tailings management framework that we would see much more progressive treatment of tailings, and see that liability reduced on the landscape in the near term,” Lothian concludes.

“The plans that have been presented in aggregate are showing that tailings are continuing to accumulate. We’re not seeing that sort of treatment and reclamation that we were hoping for.”

Banner: Discharge pipes deliver waste into a tailings pond at a Suncor site in the oilsands. Photo: Alex MacLean