Share
The nest destructions, which took place in 2018, occurred because the territorial government was aiming to deter the birds from nesting in a certain area. However, the government-hired contractor undertook the work too late in the season and ended up destroying the nests instead. Photo: xpixel / Shutterstock
News

The Government of Northwest Territories has been charged $10,000 for destroying the nests of at-risk bank swallows, a regional wildlife enforcement director with Environment and Climate Change Canada told The Narwhal.

“To me, this demonstrates the Government of Canada’s desire and need to protect the species that are listed under federal legislation,” said Trevor Wyatt of Environment and Climate Change Canada. “This is one of the concrete ways we have to deliver this commitment.”

The charge, laid in a territorial court on Jan. 28, falls under the federal Species at Risk Act, which seeks to protect wildlife species vulnerable to extinction as well as their habitats. The $10,000 fine will be paid into Canada’s Environmental Damages Fund, which is used to support the natural environment.

The Committee on the Status of Endangered Wildlife in Canada — the advisory body that determines which wildlife requires an at-risk categorization — recommended bank swallows be listed as threatened in 2013, which the federal government did in 2017. This is the first charge of its kind in the North, since the bird was listed.

Bank swallows, which are found across the country — from Nova Scotia to Yukon — have experienced “severe long-term decline,” with populations plummeting by 98 per cent over the last 40 years, according to the committee’s 2013 assessment of the species. The small song birds, known for their aerial acrobatics and extremely social nature, can be identified by the distinctive dark breast band above their white bellies.

Ongoing habitat loss, climate change and pesticide use are cited as being key factors lessening bank swallows’ chances of survival.

The incident in the Northwest Territories took place in 2018, when the territorial government’s infrastructure department hired a contractor to level the slopes of a quarry near Edzo, N.W.T., to deter migratory bank swallows from nesting. However, the contractor’s work took place too late in the season and the nests of about 12 bank swallows were destroyed, according to an agreed statement of facts. 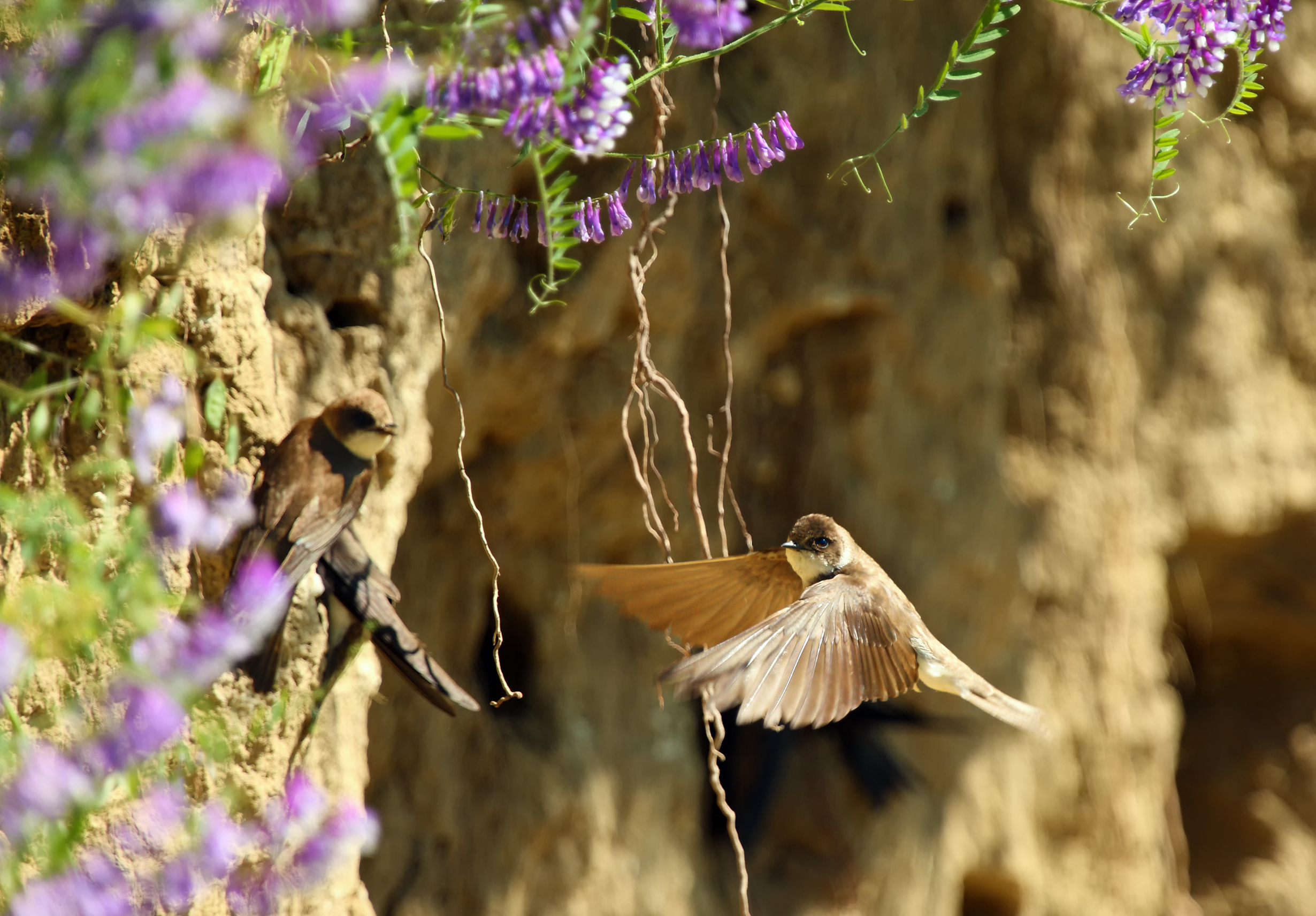 The territorial government was charged because it failed to ensure the mitigation work happened before the time of year when the birds are busy making their nests, Fane said. “In this instance, they were doing the right thing, they were doing it for the right reason, and had they followed through and ensured that the contractor was doing what was asked of them, then [the destruction of the nests] would have been avoided.”

According to the agreed statement of facts, work was conducted around the time bank swallows make their nests, which tends to occur between mid-April and late August.

Steve Loutitt, deputy minister of the Government of Northwest Territories’ Department of Infrastructure, apologized to the court.

“This was an unfortunate event where the Department of Infrastructure intended that any necessary work be done early to prevent any interaction with bank swallows during the nesting season and due to a lack of oversight on the ground, the work was not done in a timely manner,” Loutitt said, according to a written statement shared with The Narwhal.

Case boils down to ‘lack of education’ on the birds’ status

Wyatt said the case hinges on the territorial government’s failure to educate the contractor it hired about the threatened species and their habitat.

“We’re going to encourage the territorial government to take the extra step to educate the users of their gravel pits, so that they can recognize the habitat that they’re trying to protect,” he said.

“I think there’s various parts of the country that are more aware of the actions under the legislation than others are.”

Bank swallows use geological formations with vertical slopes like riverbanks for nesting. The birds are attracted to human-made structures like quarries, which can prove precarious nesting sites, especially when they are active, Wyatt said.

The case highlights a lapse in communication, lawyer says

The company hired by the government to do mitigation work wasn’t made aware of the bank swallow’s nesting season to ensure work was done before the birds showed up.

“The Department did not exercise due diligence in ensuring the work was completed prior to mid-April 2018, or in any event prior to the arrival of bank swallows,” the agreed statement of facts states.

While the territorial government presented the contractor with an educational brochure intended to prevent possible impacts to the birds, no formal training was provided to identify their nests, according to the document.

The territorial government should have done more to verify the birds’ nests were avoided by calling the contractor or visiting the site, Fane said.

“Entities who are operating in the field can have procedures and best practices on paper,” Fane said. “What is required of these actors is to ensure that their policies as written are being effectively implemented.”

Loutitt told The Narwhal in an email the territorial government is preparing to implement a migratory bird management plan, which will record the department’s interactions with different species of migratory birds and “provide clear guidance for employees in order to minimize the risk of harm to migratory birds, nests and eggs.” That plan will inform staff training sessions.

Both the training sessions and migratory bird management plan are expected to cost roughly $21,500 once fully complete, a Department of Infrastructure spokesperson told The Narwhal.

The nest destructions, which took place in 2018, occurred because the territorial government was aiming to deter the birds from nesting in a certain area. However, the government-hired contractor undertook the work too late in the season and ended up destroying the nests instead. Photo: xpixel / Shutterstock

As the project’s budget continues to grow, so too do questions about whether the dam...