Environment and Climate Change Canada Minister Jonathan Wilkinson has given the Vancouver Fraser Port Authority more homework to do before he’ll decide on the fate of Roberts Bank Terminal 2.

In a six-page letter to Robin Silvester, CEO of the port authority, Wilkinson flagged “gaps in information” on the project’s risks to vital salmon habitat, critically endangered southern resident killer whales, migratory birds, human health and First Nations’ use of the area for traditional practices — as well as the port authority’s plans to minimize those harms.

Wilkinson’s Aug. 24 order came days before the U.S. Environmental Protection Agency flagged concerns about the project’s impacts on Indigenous communities south of the border, as well as effects on orcas and migratory birds.

The minister’s request, welcomed by some opponents of the port expansion, is expected to delay a decision on whether the project should be allowed to proceed until next year.

“I’m really encouraged that he is asking very pertinent questions and requesting specific, detailed information about mitigation … and the implications of the project,” said Misty MacDuffee, a biologist and wild salmon program director with Raincoast Conservation Foundation.

Her concern is that the port may not be able to collect all the information Wilkinson requested — including on potential impacts on southern resident killer whales — within a reasonable timeframe.

If that’s the case, there will continue to be uncertainty about how effective proposed mitigation measures will be, MacDuffee said.

“Things cannot get worse for these whales if we have any hope of recovering them,” she said. “And this project … is going to make it worse for whales.”

In a statement to The Narwhal, Duncan Wilson, the port authority’s vice-president of environment, community and government affairs, said: “We believe much of the information we have been asked to provide will, on top of our existing proposed mitigation measures, demonstrate how we will further reduce project-related effects.”

Expansion would impact 177 hectares of the Fraser River estuary

The Roberts Bank expansion involves building a new three-berth container terminal and expanding the existing causeway and tug basin across 177 hectares of the Fraser River estuary, which serves as critical habitat for salmon, orcas and migratory birds.

The project, which would double the size of the existing terminal, would be immediately next to Tsawwassen First Nation’s lands and would add to existing industrial pressures in the area, further impacting the nation’s food security and access to the land and water.

According to Wilson, Terminal 2, which would see a jump from 329 vessels last year to 468 by 2035 if the project proceeds, “is needed to facilitate Canada’s growing trade with Asian markets beyond the mid- to late-2030s.”

Citing the findings of a federally appointed review panel, Wilkinson said the expansion would likely have “significant adverse effects,” even with the port authority’s existing mitigation measures. The minister said he needs more details to determine whether those mitigation measures are feasible.

Wilkinson asked how the project would affect the abundance and accessibility of crabs and how that, in turn, could impact First Nations food security.

He also requested a description of planned offsets to replace fish habitat that would be destroyed by the expansion and asked the port authority to summarize the effectiveness of its past offsetting projects. 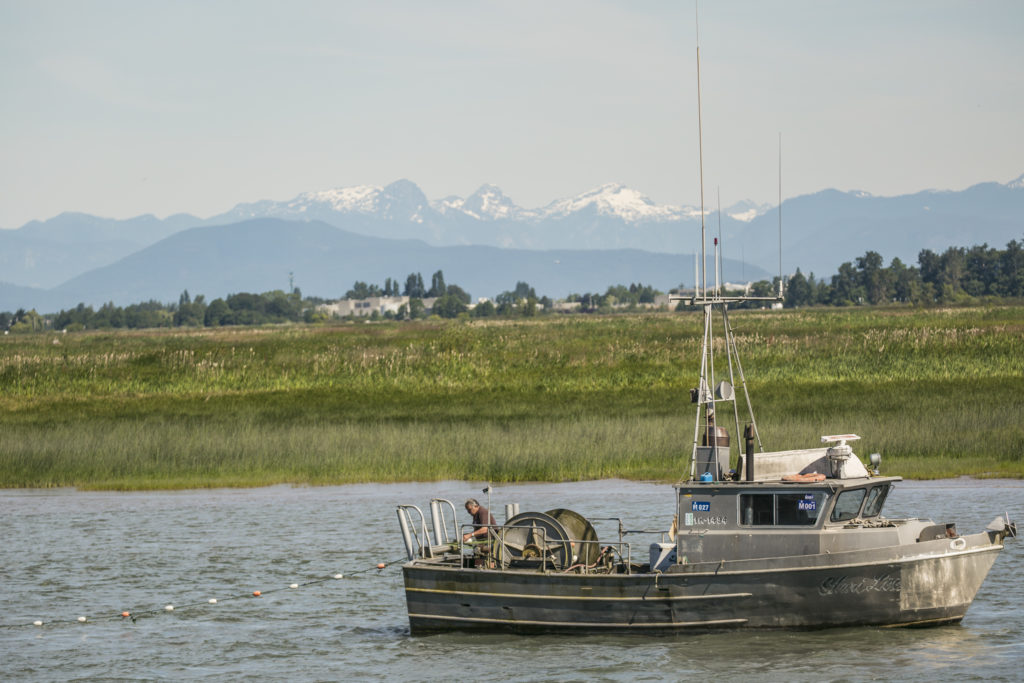 Wilkinson said he wants a plan that times construction work for periods when southern resident killer whales aren’t in the area, as well as an exclusion zone, ways to detect the orcas’ presence in the exclusion zone and a plan to stop activities when they enter the area to minimize the impact of noise on the endangered population.

He asked for updated estimates of the sound levels orcas would be exposed to from port operations and increased marine shipping as well as confirmation of projected vessel traffic, including traffic levels beyond 2035.

As well, Wilkinson asked the port authority to reassess how much the southern residents’ echolocation would be masked by noise associated with the project and to provide a plan to mitigate underwater noise from operations and, where possible, marine shipping.

A key issue Wilkinson raised concerns about was the southern residents’ behavioural response to continuous noise.

But addressing the scientific uncertainty around that question will be a “big job,” MacDuffee said.

“What we assume now is that these effects of noise can only be mitigated by lowering the number of vessels and the sound of these vessels — that slowing them down is potentially just a trade-off for longer exposure,” she said.

Along with noise, the project has the potential to cause further harm to chinook salmon, a key food source for the southern residents.

“We cannot say that we are going to try and save and recover salmon populations in the Fraser and go ahead with this project,” MacDuffee said.

James Casey, the Fraser River estuary specialist with Birds Canada, said he was disappointed with the lack of additional information Wilkinson requested on impacts to migratory birds.

The Fraser River estuary is globally significant habitat for migratory birds, including western sandpipers, a small shorebird that stops to refuel in the Fraser delta on its 10,000-kilometre migration from Peru to Alaska. These birds rely on biofilm, a layer of diatoms and bacteria, on the mudflats at Roberts Bank for vital fatty acids, and there is concern the port expansion could affect biofilm production. 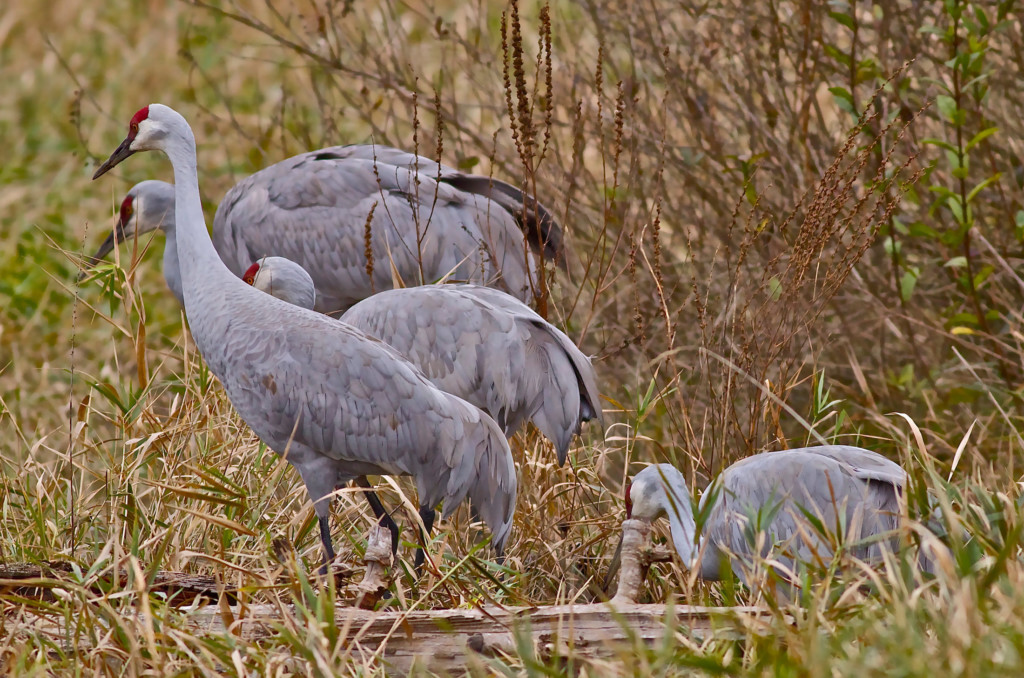 Given that the federal review panel was unable to determine whether the port expansion would impact the population levels of western sandpipers, the request for additional information was an opportunity to address that uncertainty, Casey said.

“But the minister decided not to take that approach,” he said.

Wilkinson asked the port for additional modelling related to potential impacts on shorebirds in the event that different on-site design options were being considered.

Casey said he believes the federal government should reject the project given the risks to a broad suite of species, including migratory birds, and launch an estuary planning process.

“We have responsibilities, yes to the birds and the biodiversity of the region, but also to the people along the flyways from countries such as Peru and Mexico and the U.S. to make sure that we do our part to protect these bird species, and I think that’s an obligation that we are dropping the ball on right now,” he said.

Organizations on the other side of the border have also raised concerns about the terminal expansion. The U.S. Environmental Protection Agency wrote to the Impact Assessment Agency of Canada on Aug. 27 in support of concerns that had already been raised by the Suquamish Tribe, the Lummi Nation, the National Audubon Society and the Washington State Department of Ecology.

“Consistent with this input, EPA recognizes that salmon, shellfish and other marine life are the foundation of many of the Pacific Northwest tribes’ subsistence, economy, culture, spiritual life and day-to-day existence,” the agency wrote.

“EPA encourages decisions — and, where appropriate, measures and practices — that ensure that the significance and integrity of way-of-life activities will be maintained during the proposed activities,” the letter continued.

The agency called for measures to reduce harms to the southern residents and urged the Vancouver Fraser Port Authority to “firmly commit to developing biofilm habitat in the Fraser River estuary to offset the potential impacts” to migratory birds, including the western sandpiper.

The port authority has requested an extension of the timeline for a federal decision on the project, given the additional information sought by the minister and requests from some Indigenous groups for further consultation.

In his statement, Wilson noted the report from the federal review panel was released in the midst of a global pandemic, which posed challenges for in-person consultation. 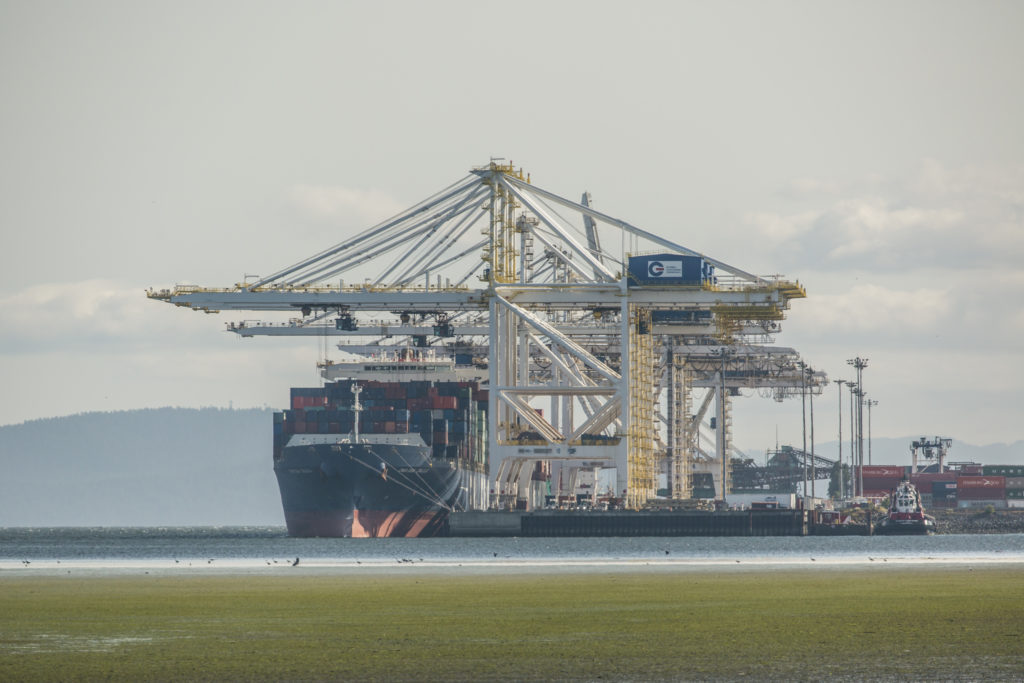 “During our remote consultation with Indigenous groups over the last few months, groups have asked for more time to support their participation and their own internal community process, and we want to support and respect these requests,” he said.

“We believe that meaningful consultation and engagement with Indigenous groups is key to building this project in the right way,” he said.

In its letter requesting the extension, the port authority noted that while “a delay could have some implications for the project commencement date should all approvals be obtained, we believe that such implications would be manageable, and it is preferable to take the time necessary to support the above noted activities.”

Wilson said the port authority is aiming to provide the requested information by early next year and hopes a final decision on the project will be made before the summer of 2021.

— With files from Stephanie Wood

Banner: The proposed expansion of the Deltaport terminal at Roberts Bank would double its size. Photo: Alex Harris / Raincoast Conservation Foundation
We hear it time and time again:
“These are the stories that need to be told and you are some of the only ones telling them,” John, a new member of The Narwhal, wrote in to say.

This week Wet’suwet’en Hereditary Chiefs welcomed a delegation from across the country and beyond to the yintah (territory) for a Peace and Unity Summit. Through...

Canada ranks as satisfactory on a global list of press freedom. Is that something to...

Read the fine print on your environmental rights

In this week’s newsletter, we talk about what Canadians’ right to a healthy environment could...