Taseko’s loss in Supreme Court may not be the end of embattled New Prosperity mine, Tsilhqot’in warn

Whether or not the company — which still owns mineral tenures near Fish Lake — will start up a new process to pursue mining ambitions is the ‘big question,’ says Xeni Gwet’in Chief Jimmy Lulua

By Judith Lavoie
Share
The Nemiah Valley in the territory of the Tsilhqot'in Nation. The nation says Taseko mines still owns mineral tenures in its territory and could launch a new permit process to mine. Photo: Louis Bockner / The Narwhal

A lengthy battle pitting the Tsilhqot’in Nation against Taseko Mines Ltd. reached the end of the legal road Thursday with the Supreme Court of Canada denying Taseko the right to appeal the federal government’s rejection of an open pit gold and copper mine in Tsilhqot’in traditional territory, 125 kilometres southwest of Williams Lake.

Celebrations of the victory are underway in Tsilhqot’in communities, but, among the leaders, there are suspicions that although the mine is legally dead, the body is still twitching.

Chief Joe Alphonse, Tsilhqot’in National Government chairman, has long experience of dealing with Taseko and he worries the company will try to keep the mine on its books.

“I never count these guys out. … These guys would try to pump oxygen into a dead horse,” he told The Narwhal.

There is no way the existing project can come to fruition but, provided Taseko can offer a glimmer of hope to investors, they are able to collect on the market, Alphonse said.

Xeni Gwet’in Chief Jimmy Lulua believes the decision means the end of the project as there is no possibility Taseko can now win federal approval — unless the company decides to start from scratch with a new application.

“That’s the big question, I guess,” he said. 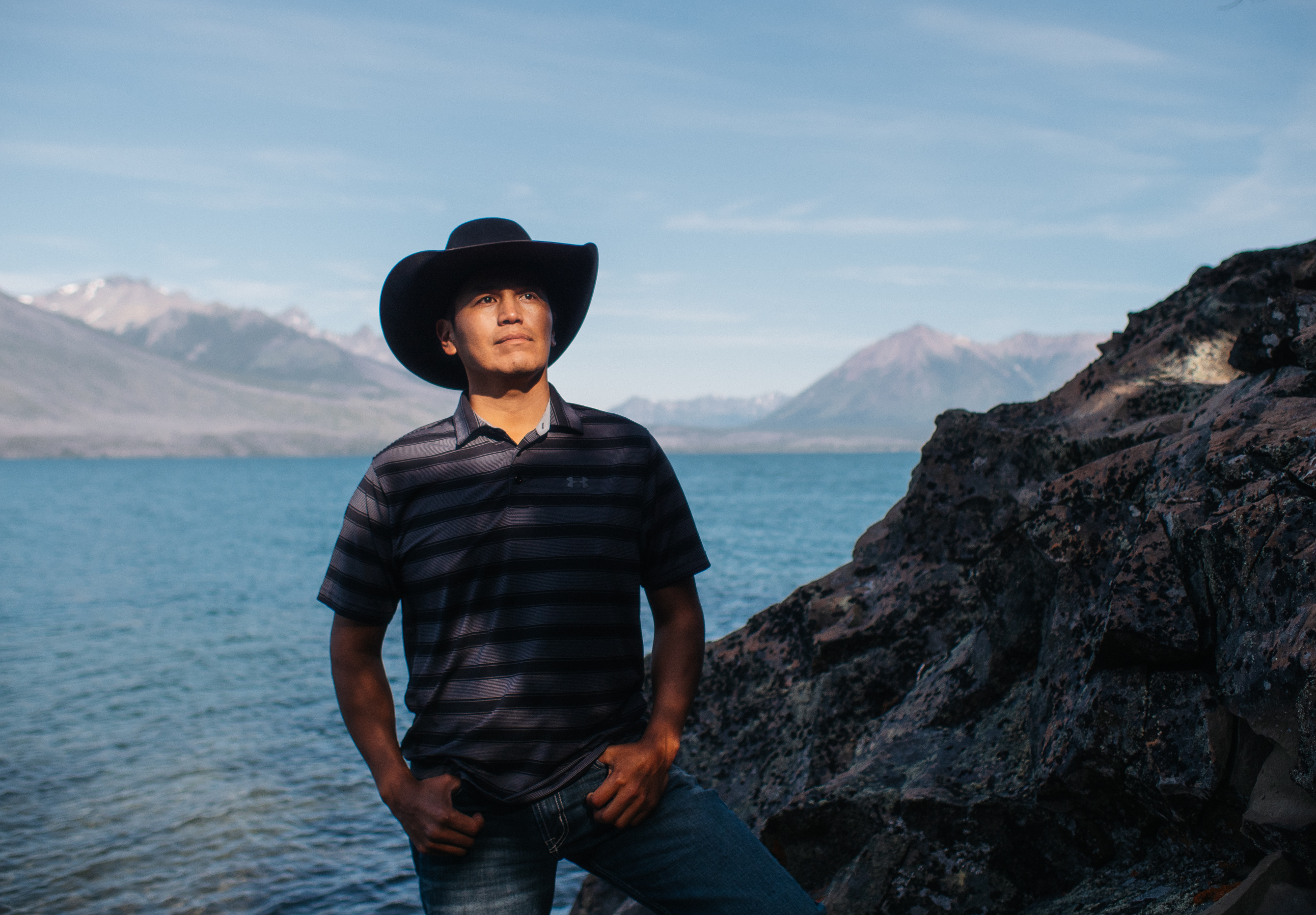 Chief Jimmy Lulua of the Xeni Gwet’in was elected in a 2018 landslide victory and has played a major role in the band’s decades-long fight against Taseko Mines’ New Prosperity Mine at Fish Lake. Photo: Louis Bockner / The Narwhal

Taseko did not reply to a request for comment from The Narwhal.

The company holds mineral leases and tenure rights for gold and copper deposits in the area and, although the mine cannot be built without federal approval, on the last day of the BC Liberal government’s time in office, the province granted an exploration permit, which does not expire until July 2020. Extensive exploration can be carried out without federal approval.

Taseko’s website describes the tenure as “one of Canada’s largest copper-gold projects” containing 5.3 billion pounds of copper and 13.3 million ounces of gold.

The province, under the BC Liberals, also issued an environmental assessment certificate, and, in December, the Tsilhqot’in Nation and Taseko agreed to a one-year extension of that certificate — meaning it will expire early next year — as the province facilitates talks between the two sides.

Both sides have signed confidentiality agreements and it is not known whether the talks concern compensation but a news release from the province, issued when the talks were announced, says: “All parties involved in the process acknowledge Taseko’s commercial interests and the opposition of the Tsilhqot’in Nation to the project.”

The Tsilhqot’in Nation’s fight for control of its territory stretches over the last 30 years, culminating in a landmark 2014 Supreme Court decision that found the Tsilhqot’in hold Aboriginal title to almost 1,800 square kilometres of land — the first such decision in Canada to formally recognize Aboriginal title. But the proposed mine was just outside the title land, in an area where the Tsilhqot’in have the legal right to hunt, trap, fish and trade and that includes Dasiqox Nexwagwez?an Tribal Park, a name which means “there for us.”

In 2014 the Tsilhqot’in won a 25-year legal battle when the Supreme Court of Canada ruled the nation held Aboriginal title to almost 1,800 kilometres of land in central B.C. A larger area has been legally declared as a place where Tsilhqot’in have rights to hunt, trap, fish and trade. Taseko Mines’ New Prosperity mine project site is located within this larger rights area, near Fish Lake, and also within an area the Tsilhqot’in declared as a tribal park in 2014. Map: Dezine Studio / The Narwhal

Undeterred, the company headed to court claiming the decision to deny an environmental certificate was based on faulty engineering and environmental studies.

The death of the mine is particularly sweet for residents of Xeni Gwet’in, in the heart of the Nemiah Valley, as the community is close to Teztan Biny (Fish Lake), a profoundly sacred area where traditional ceremonies are held.

The decision is still sinking in for Lulua who wants to see a victory celebration for the communities next week and he is hoping the event can be held at Fish Lake, with appropriate social distancing.

“It would be the ideal place to give people a chance to share their words and share some songs as people have always done,” he said.

“So many people have been involved … The most important people are the elders who carry the stories and carry the legend and carry the direction on how this was going to roll out,” Lulua said.

Alphonse said it is time to reflect on the immense sacrifices of time and money made by Tsilhqot’in communities as they fought the mine.

“Now we call on TML (Taseko Mines Ltd.) to accept that this is the end of the road for them. It’s time to protect this sacred area for the survival of our way of life,” he said.

Lulua does not have an estimate of how much the lawsuits have cost, but said, even with help from supporters, it has been immense.

“With 30 years of litigation, that’s a lot of money — well into the millions,” he said.

The Tsilhqot’in Nation will now focus on building a regional economy that respects culture, spirituality and Aboriginal rights and title, Alphonse said.

‘This is not Canada’: inside the Tsilhqot’in Nation’s battle against Taseko Mines

“B.C. should finally recognize the importance of this area to the Tsilhqot’in and support the Dasiqox Nexwagwez?an. The Nation should never have to face the burden of an industrial threat to this sacred area ever again,” he said.

As the dust settles, Alphonse would also like the province to take a close look at its role in the drawn-out conflict.

The province could have stopped the project by withdrawing the mine’s certificates but, even when the NDP came to power, no action was taken, said Alphonse, who speculates the hesitation was due to concerns that the company could launch a lawsuit.

It is ironic that Taseko challenged the legitimacy of the federal environmental review process, when, from the Tsilhqot’in point of view, it was the provincial process that was at fault, Alphonse said.

“It was a rubber stamp process for industry,” he said.

The certificate issued by the B.C. Environmental Assessment Office kept the project alive, despite the lack of federal approval, and resulted in the company winning a court challenge giving the go-ahead for exploration work.

Banner: The Nemiah Valley in the territory of the Tsilhqot'in Nation. The nation says Taseko mines still owns mineral tenures in its territory and could launch a new permit process to mine. Photo: Louis Bockner / The Narwhal