Share
A water truck gets stuck in a driveway in Fort McKay, Alta. Since November 2011, water has been delivered to each and every home in Fort McKay after the community realized they had been drinking water with high levels of the carcinogenic chemicals, trihalomethanes and haloacetic acids. Many people complain of rashes and sores from showering in the water. Photo: Aaron Vincent Elkaim / The Narwhal
Opinion

A decade after UN declared water a human right, it’s time for Canada to make it law

July 28, 2020, marks the 10th anniversary of the United Nations General Assembly recognizing that water and sanitation are fundamental human rights — a commitment Canada adopted in 2012, without a legislative framework to implement it.

The need for everybody to be able to access water and sanitation has never been clearer, with the threat of COVID-19 and constant reminders from our prime minister and medical officers of health to wash our hands.

Canada’s failure to provide the right to water is defined by the fact that more than 100 First Nations communities are under long- or short-term drinking water advisories, many for over 20 years.

Reports of dangerous quantities of lead in drinking water across major Canadian cities in 2019 revealed Canada’s aging water infrastructure and the uneven patchwork of drinking water standards across provinces. 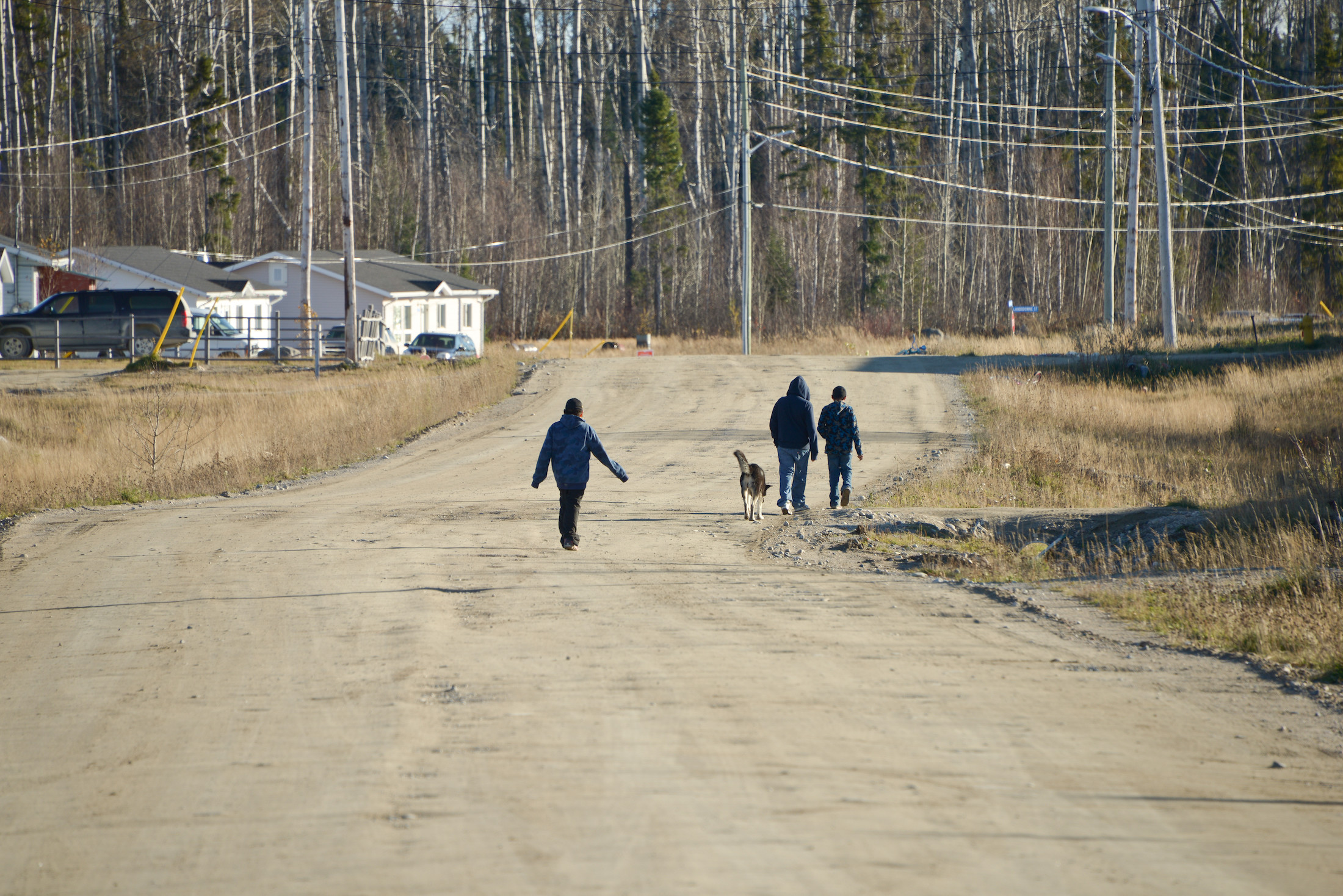 People walk along the road in Neskantaga First Nation, a remote community in Northern Ontario that has been under a boil water advisory since 1995. Photo: Samer Muscati / Human Rights Watch

Meanwhile, municipalities and Indigenous communities struggle to secure adequate funding to maintain and upgrade their water and wastewater infrastructure or services, many resorting to inefficient, costly and flawed public-private partnerships to fund their projects.

We have an opportunity to apply the human rights framework to water policy development and implement the human right to water. In practice, this means the government would address drinking water issues in First Nations, put in place national drinking water standards and work with other jurisdictions to protect Canada’s fresh water — and the Canada Water Agency is the right mechanism to do so.

The federal government can enshrine in legislation its commitment to respect, protect and fulfill the right to water and sanitation and build its capacity to meet these obligations. The framework also offers principles and benchmarks that help engage and empower people to claim their rights and implement changes in their community.

Providing safe, clean drinking water to First Nations is an urgent first step in repairing the damage of past and present colonial governments.

Enshrining the human right to water in federal legislation will provide First Nations communities and any others experiencing unequal access with a legal framework to exercise their rights.

Providing safe, clean drinking water to First Nations is an urgent first step in repairing the damage of past and present colonial governments and moving toward a framework that respects and upholds Indigenous Rights and sovereignty.

The agency must address the root cause of public health crisis of lead in drinking water: uneven standards across provinces and aging water and wastewater infrastructure due to chronic underfunding. Ottawa must harmonize drinking water standards across provinces and develop an enforcement strategy, while providing municipalities, provinces, territories and Indigenous communities with public funding to maintain, repair and upgrade their infrastructure.

Upholding and implementing the human right to water and sanitation also includes protecting water at its source. Surface and groundwater in Canada are routinely at risk of development projects, pollution, industrial agriculture and water takings. The climate crisis poses a growing threat through warming oceans, melting glaciers, algal blooms, floods, droughts and wildfires. 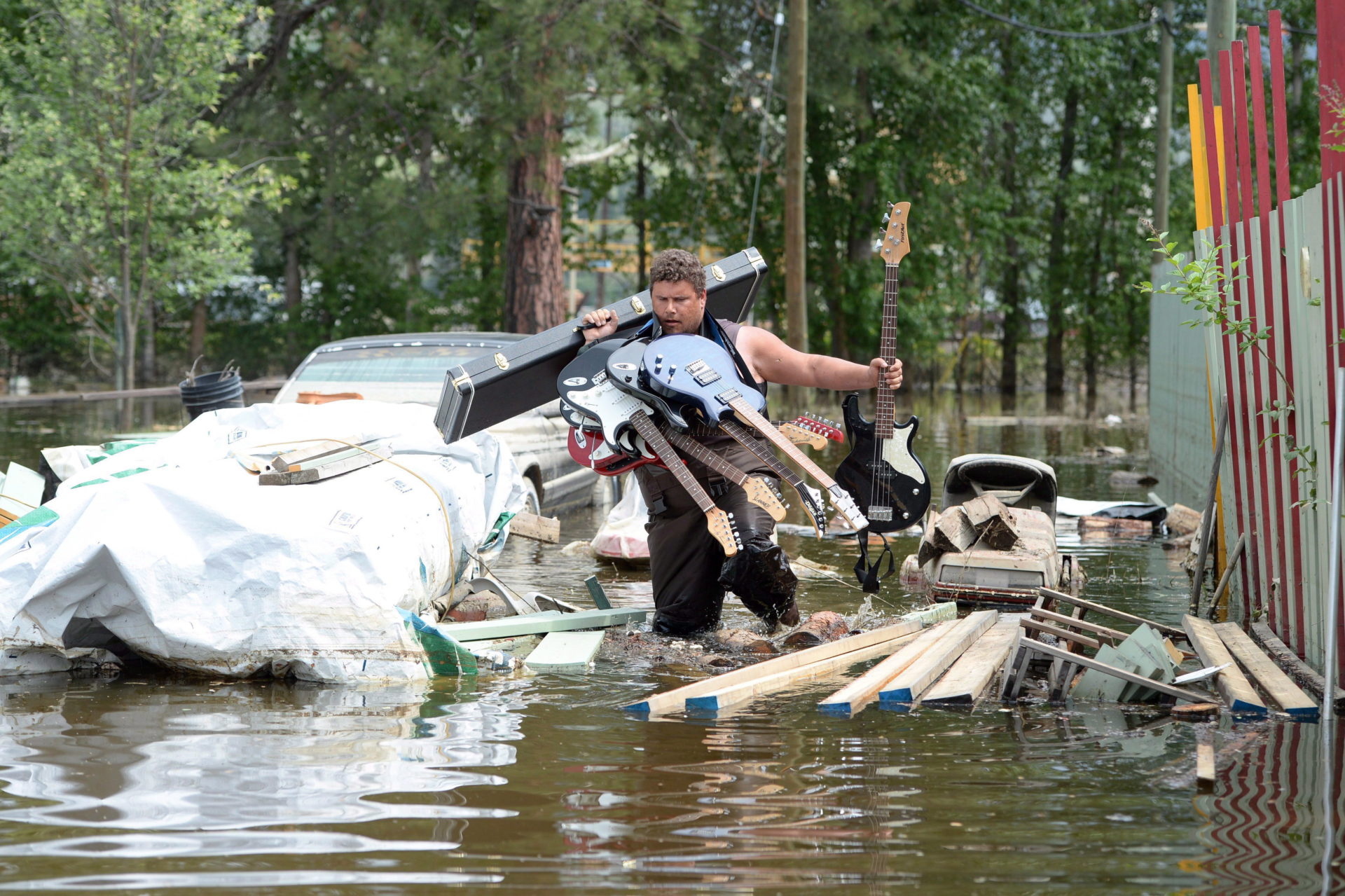 A man wades through floodwaters in Grand Forks, B.C., in May 2018. Floods, which are becoming increasingly common due to climate change, can affect drinking water quality. Photo: Jonathan Hayward / The Canadian Press

As lakes, streams, rivers and aquifers flow through multiple jurisdictions, the Canada Water Agency must embrace an integrated approach that prioritizes collaboration with local authorities and communities when strengthening freshwater protection legislations.

Water protection and Indigenous rights cannot be separated. The Canada Water Agency must respect Indigenous water rights at the core of its mandate with policies developed with Indigenous nations at the table, considering Indigenous titles, governance structure and law. Free, prior and informed consent must be obtained by government and industries alike when undertaking projects on Indigenous land and territories.

Water plays many vital roles in our lives: it nurtures, protects, uplifts and soothes our body, mind and community. Now, 10 years after the United Nations recognized the human right to water and sanitation, the federal government can take action to protect water.

The creation of the Canada Water Agency is an opportunity to protect this valuable resource for present and future generations while guaranteeing access to water for each and every community.

A water truck gets stuck in a driveway in Fort McKay, Alta. Since November 2011, water has been delivered to each and every home in Fort McKay after the community realized they had been drinking water with high levels of the carcinogenic chemicals, trihalomethanes and haloacetic acids. Many people complain of rashes and sores from showering in the water. Photo: Aaron Vincent Elkaim / The Narwhal

Alberta and the federal government knew Biden's cancellation was coming and could have planned for...