Words from the ‘Sacrifice Zone’: Caleb Behn on How B.C. is Failing First Nations on Fracking

When the B.C. government announced its promised review of hydraulic fracturing, or fracking, earlier this month, it came as a shock to many that it wouldn’t examine human health impacts.

The announcement coincided with the release in the U.S. of the most authoritative study of fracking’s threats to human health ever published, which found “no evidence that fracking can be practiced in a manner that does not threaten human health.”

For Caleb Behn, the government’s announcement marked a loss of hope in the less than one-year-old NDP government.

“They’ve shown themselves ready to sacrifice us and the unborn who will come after us in this territory,” Behn told DeSmog Canada.

Behn is Eh-Cho Dene and Dunne Za/Cree from Treaty 8 in northeastern British Columbia, the epicenter of B.C.’s fracking operations. He was the focus of the 2013 documentary Fractured Land.

We spoke to Behn about his experience of fracking on and near his traditional territory. This interview has been edited for length and clarity.

The fracking review announced by the NDP last week won’t involve health impacts. What was your reaction to that?

First thing I’ll say, for the NDP to exempt a review of fracking from any health-oriented research is — I don’t know if I have strong enough words — I feel as if it’s criminal hypocrisy.

Data gaps and knowledge gaps have been acknowledged in every piece of research ever conducted on this issue in British Columbia. The type of research that has been done up to date in B.C. has been entirely inadequate. That’s well known.

The vast majority of original research on fracking — 84 per cent of which has been conducted in the last four or five years — indicates health risks are present or strongly indicated.

More recently I helped facilitate a pilot study looking at muconic acid, amongst other compounds, in the urine of pregnant Indigenous women in northeast B.C.

Muconic acid is a marker of benzene exposure.

The findings are intense.

In essence, rural woman in northeast B.C. have three and a half times the national average of this marker that is likely, but not guaranteed, benzene metabolization.

What’s interesting is Indigenous women within that cohort have six times the national average.

This is the first original research into the potential human health impacts of fracking in northeast B.C. and I’m surprised it hasn’t raised some red flags. It took over two years to conduct.

To avoid addressing these health impacts in a fracking review is hypocrisy of the deepest and most dangerous kind. And it is evident it’s of a very strategic benefit to the LNG industry.

Can you describe the impact fracking has had on your territory and on your people?

In some ways it’s easy to identify certain risks, like a rig blew up and a worker was killed or a rig caught fire and did some damage.

The really troubling bits are the long latency illnesses like cancer, asthma and gestational problems, so things associated with in utero exposure.

As a person with a major birth defect, I am uniquely sensitive to that issue.

Research now indicates that those who live near active gas wells are 1.5 to four times more likely to suffer asthma attacks than those living further away, with the closest groups having the highest risk.

There’s a 2017 study which analyzed birth certificates for infants born in Pennsylvania that found indicators of poor infant health, in this case lower birth weight for babies, born to mothers living near fracking sites.

You combine that finding with our pilot study in northeast of B.C. looking at the markings of benzene exposure in air of pregnant women, you understand why it’s important to use a precautionary approach to these developments.

Is it that we’re poor and colonized that children do poorly in the northeast or is it the consequence of living in a benzene plume? Again without the science and without research, how can we even approach that question?

But what level of that comes from the ambient hydrogen sulfide, ambient benzene?

We don’t have quantifiable numbers.

We also hear about the social impacts, especially for Indigenous women and children, when it comes to industrialization. 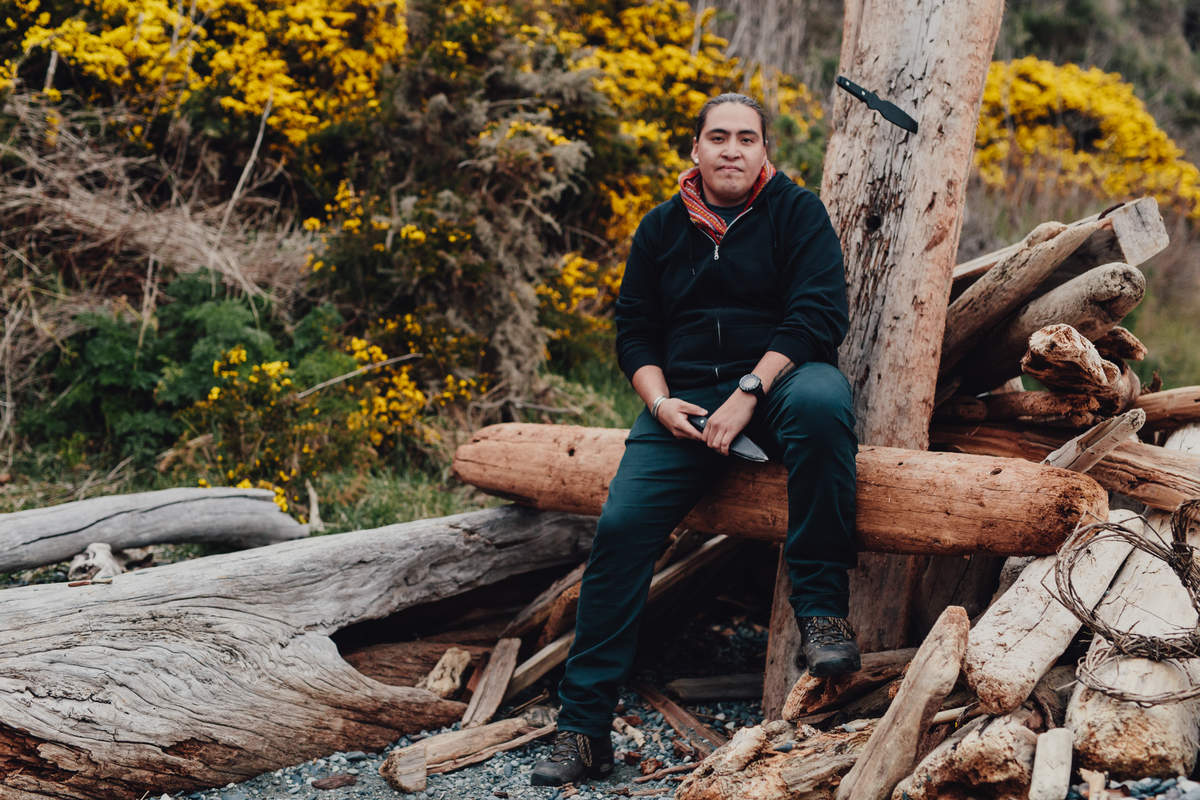 What is your experience of those social impacts?

There’s one major issue I can speak to specifically: violence against women.

My aunty has a very successful business in Fort Nelson, working in the oil and gas industry.

It’s confirmed there’s a rise in crime, sexual violence and the trafficking of Indigenous women during booms in the industry.

Research from in 2015 found there is a linear relationship between highly paid shadow populations in industrial camps, a highly masculine culture and a rise in crime and sexual violence and trafficking of Indigenous women.

What I can tell you is that in my experience, it’s a violent, aggressive and competitive world when these industries come in, subject to boom and bust cycles.

The northeast has been made into a sacrifice zone.

The NDP recently announced some big incentives to entice the LNG industry to come to B.C. Combined with a fracking inquiry that won’t study health impacts, what does that new announcement signal to you?

Many of us in the Indigenous community in northeast B.C. in particular had hope in the NDP. But they’ve shown themselves ready to sacrifice us and the unborn who will come after us in this territory.

That is what is on the table, and that’s why it’s really hurtful to hear them exempt public health from the fracking inquiry.

But we do know the NDP assistant deputy minister did inform the Canadian Association of Petroleum Producers over a month in advance of them announcing this review, that health would be exempted.

Of course health is the key issue because with health comes massive financial liability. There’s significant power for doctors and medical health advisors in the Public Health Act.

And what you’re seeing in my view is an affirmation that marginal populations far away from the Lower Mainland don’t matter all that much.

I think as an Indigenous person from northeast B.C. that is familiar with these issues, that’s why the exemption is so criminally hypocritical.

The current government frequently evokes Indigenous rights and climate change action in the announcements they make, some of which seem at cross-purposes. What is it like to hear government use that language?

It’s eco-imperialism. Because here is what the NDP is doing — they’re adopting the same crass double think politics that the BC Liberals and the federal Liberals have adopted where they mouth the words but even a superficial analysis of their positions and policies identifies the outright lies.

So to claim that somehow Kinder Morgan is going to lead to protecting the coast — it’s not disingenuous, it’s literally double-think.

So in my view as someone from the sacrifice zone, it’s the saddest manifestation of what is worst in the modern colonial state, to not only colonize the land and the water and the children but also the ideas of decolonization.

To take the very terms that were supposed to ameliorate and begin to try to do better and use those terms like reconciliation and decolonization and UNDRIP and the doctrine of free, prior and informed consent, to sully their aspirations with this crass manipulative rhetoric is the saddest reflection of what our province is becoming and what our country is becoming in my view

I really hope your readers think long and hard about the absolute inconsistency with the NDP’s position on Kinder Morgan and fracking and LNG and Site C.

Banner: Caleb Behn. Image by Taylor Roades \ The Narwhal.
We hear it time and time again:
“These are the stories that need to be told and you are some of the only ones telling them,” John, a new member of The Narwhal, wrote in to say.