Share
A bull moose wades through a small lake in the subalpine meadow. The nearby creek is one of the 73 water bodies the ATAC Road would have crossed. Photo: Malkolm Boothroyd
News

Had the ATAC mining access road in the Beaver River watershed been built, it would have constituted a “breach of the honour of the Crown” and betrayed First Nations people, according to a decision document released by the Yukon government after inquiries by The Narwhal.

The document provides insight into the territorial government’s Nov. 27 decision to reject the proposed all-access road by Vancouver-based ATAC Resources, a mining exploration company with gold and copper claims in the region. The document also sheds light on concerns raised by the First Nation of Na-Cho Nyäk Dun, on whose territory the claims are located.

The rejected road was given a conditional green light by the Yukon Environmental and Socio-economic Assessment Board in 2017 but was awaiting a final decision from the Yukon government. The new route would have opened access to a 65-kilometre portion of the company’s three mineral claims that form the Rackla gold property and connected Keno City to the Tiger gold deposit, the site of a planned ATAC Resources’ open-pit gold mine.

The First Nation of Na-Cho Nyäk Dun was “strongly opposed” to the project going ahead, the decision document reveals. The document contains a list of concerns raised by the nation, including fears the road would have caused “significant adverse impacts” on treaty rights such as hunting, fishing and trapping in traditional territory. That list also noted concerns the road would have prevented Na-Cho Nyäk Dun citizens from adequately exercising treaty rights in “one of the few remaining wilderness areas in its traditional territory.” The road would have “fundamentally alter[ed] an untouched portion of” the nation’s territory and would have “alienated” citizens from their lands. 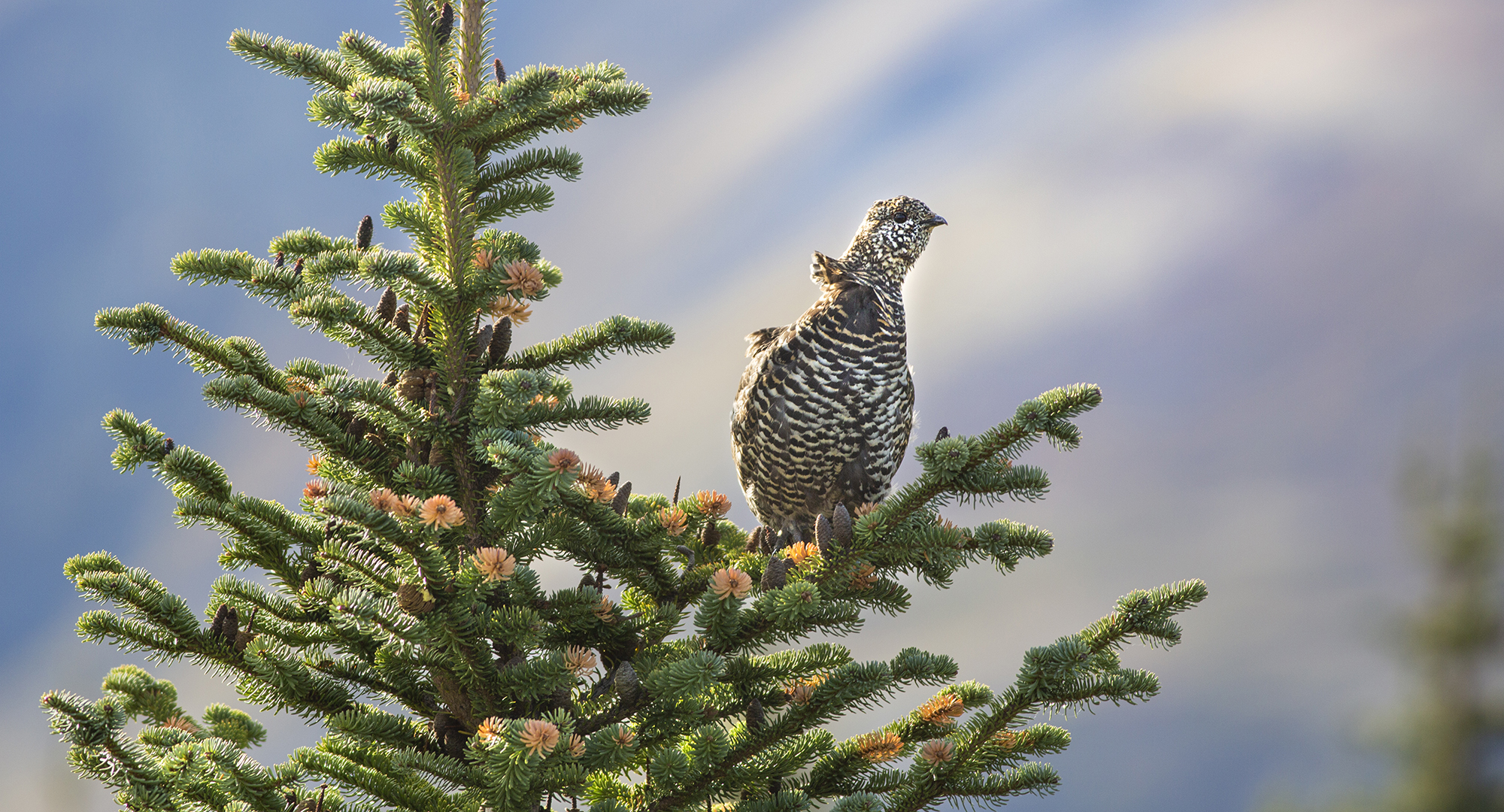 “Approving the application would permanently impair the process of reconciliation that the First Nation of Na-Cho Nyäk Dun, the Yukon government and Canada have been engaged in for more than 30 years,” the document states.

Na-Cho Nyäk Dun Chief Simon Mervyn did not return a request for comment.

ATAC plan to mitigate environmental impacts was seen as insufficient

Andrew Carne, ATAC Resources’ vice-president of corporate and project development, told The Narwhal this week that the company is seeking legal counsel on the Yukon government’s decision and that, as a result, there’s little else he can state at this time.

“ATAC does not agree with many material aspects of the government’s decision,” Carne said in an email to The Narwhal.

“We are extremely disappointed with and surprised by this decision,” he wrote.

The Yukon chapter of the Canadian Parks and Wilderness Society has warned that roads such as the one ATAC Resources’ proposed can fragment wildlife habitat, interrupt migratory patterns and lead to an increase in mining activity and hunting pressure.

The Beaver River watershed, northeast of Mayo, is a vast expanse of relatively intact wilderness that’s home to moose, grizzly bears and wolves. 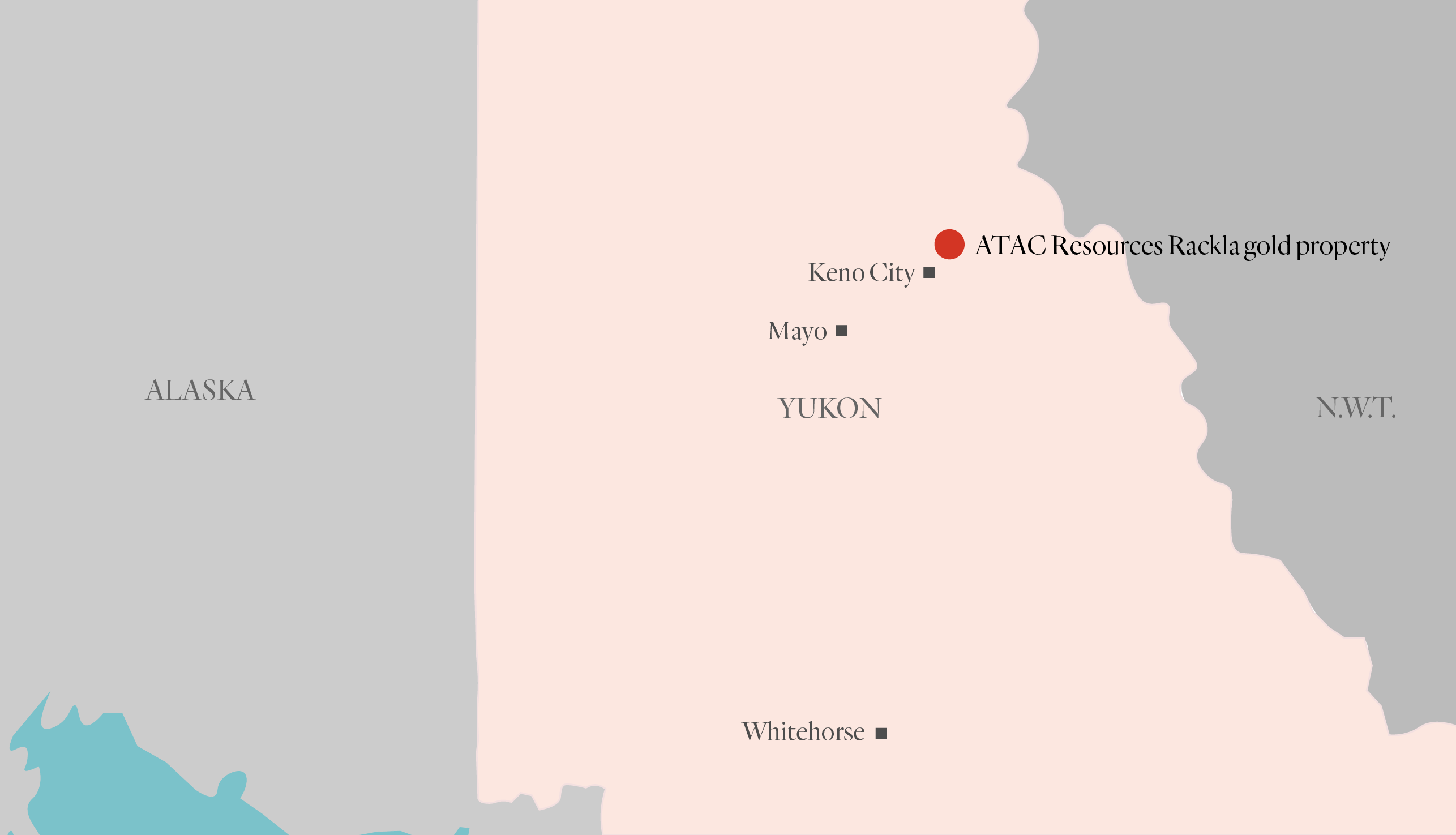 According to the Yukon government’s decision document, ATAC Resources’ plan for the road didn’t adequately consider cumulative effects on the region’s ecosystem — particularly on wildlife.

Todd Powell, director of mineral resources at the Yukon Department of Energy, Mines and Resources, told The Narwhal the company did not review wildlife impacts “in a meaningful way.”

“The bigger the project, the bigger the effects are. In this case, a road into an area like that was going to have fairly significant effects.”

According to ATAC Resources’ draft management plan, mitigation efforts included building the road in the Rankin Creek valley, where fewer wildlife are present, reducing or suspending traffic during calving and rutting and making the route private to prevent hunting. The company also said it would conduct road patrols to further deter hunting.

The decision document notes there were baseline data “deficiencies” that would have affected environmental monitoring efforts. In its draft management plan, ATAC noted Lebarge Environmental Services conducted eight aerial and three ground surveys of wildlife between 2010 and 2013 that noted the project area is home to species that are considered of “special concern” by the Committee on the Status of Endangered Wildlife in Canada including woodland caribou, grizzly bear, wolverine, collared pika, horned grebe, rusty blackbird, peregrine falcon and dolly varden. Threatened species that are found in the project area, according to ATAC, include the common nighthawk and the olive-sided flycatcher.

Without adequate monitoring, Powell said there was little hope potential impacts could be mitigated in the future, which contributed to the Yukon government pulling the plug on the project.

ATAC road would have set new ‘precedent’ for mineral exploration

The Beaver River watershed is largely roadless and the ATAC road would have set a new “precedent” for mineral exploration in the territory, the document states.

No roads longer than 50 kilometres have been built for operations that, like ATAC Resources’, are purely exploratory over the past decade, the document notes.

“Far more typically, existing access routes and new access routes have only been upgraded or constructed once mine development and production has been authorized.”

ATAC Resources is not currently operating any mines in the region and is not permitted to. The company is only permitted to conduct exploratory work until 2024, which raised questions about the need for the access road and concerns the company wouldn’t have long enough to successfully build and decommission the road as proposed.

“The nearness of the expiration date doesn’t suggest that they would have a reasonable timeframe to get all of that work done,” Powell said.

‘A chance to protect the landscape’

A sub-regional land use plan for the Beaver River watershed was recently launched by the Yukon government and the Na-Cho Nyäk Dun First Nation.

Work on the plan is set to continue, regardless of the ATAC road cancellation, Powell said.

“Everybody recognizes that this is a highly mineralized area with lots of potential,” he said. “The commitment remains in place to finalize [the land use plan] as soon as we can.”

Randi Newton, conservation manager with CPAWS Yukon, recently told The Narwhal she hopes that the sub-regional land use plan will be replaced with a much broader plan that encapsulates the entire Beaver River watershed.

CPAWS recently released a report that cautioned the Yukon Environmental and Socio-economic Assessment Board against approving road projects before land use plans are completed.

“Land use planning can take that broader view of how much development is allowable in an area, which areas should we keep remote and free of roads,” Malkolm Boothroyd, the report’s author and campaigns co-ordinator at the Yukon chapter of CPAWS, told The Narwhal in a previous interview.

Powell said that while the sub-regional land use plan won’t be scrapped, it could help inform a region-wide plan in the future, so the intention now is to finish what has already been started.

Lewis Rifkind, mining analyst at the Yukon Conservation Society, told The Narwhal his organization has been highlighting concerns associated with the ATAC road since its inception. While he questions why it took the Yukon government so long to cancel the project, he’s hopeful environmental protection is coming to the region through land use planning.

“It does give us a chance to protect or manage a pretty large-scale landscape,” he said. “Now we can do the planning without having the road dictate certain land uses.”

A bull moose wades through a small lake in the subalpine meadow. The nearby creek is one of the 73 water bodies the ATAC Road would have crossed. Photo: Malkolm Boothroyd