‘It is our future on the line’: young B.C. voters say climate action a top election issue

Since the last B.C. election in 2017, the youth environmental movement has taken off. Tens of thousands of young people across the province have participated in Fridays For Future, a global climate strike movement started by Swedish teenager Greta Thunberg. Fifteen children and youth, including four from B.C., have filed a lawsuit against the Canadian government, claiming its lack of action on climate change is harming their health and well-being. And dozens more have formed organizations like Sustainabiliteens to fight for environmental justice.

Meanwhile, industrial projects in the province, from LNG development to Site C, have pushed forward.

Now, for those 18 and older, it’s voting time — and how the parties plan to tackle climate change is top of mind.

According to an Angus Reid survey, the top four election issues among B.C. voters are the COVID-19 response, health care, housing affordability and climate change. But among younger voters ages 18 to 24, climate change takes on a heightened priority, according to the survey.

The survey also found that 72 per cent of people who ranked climate change as a top issue thought the BC Green Party would do the best job of addressing it. This is part of the reason why Kate O’Connor decided to run as the Green candidate for the Saanich South riding.

O’Connor — who just turned 18 this month and is likely the youngest person to ever seek office in B.C.’s history — was also inspired to run because she believes young people are traditionally disengaged from politics because they don’t see any representatives who are their age or who they can easily relate to.

“When we’re facing a climate crisis, young people know that we will be the ones who have to live through this crisis and face the consequences of the actions that are taken today,” O’Connor said in an interview.

The Narwhal spoke with four young climate leaders about the election issues that matter most to them. 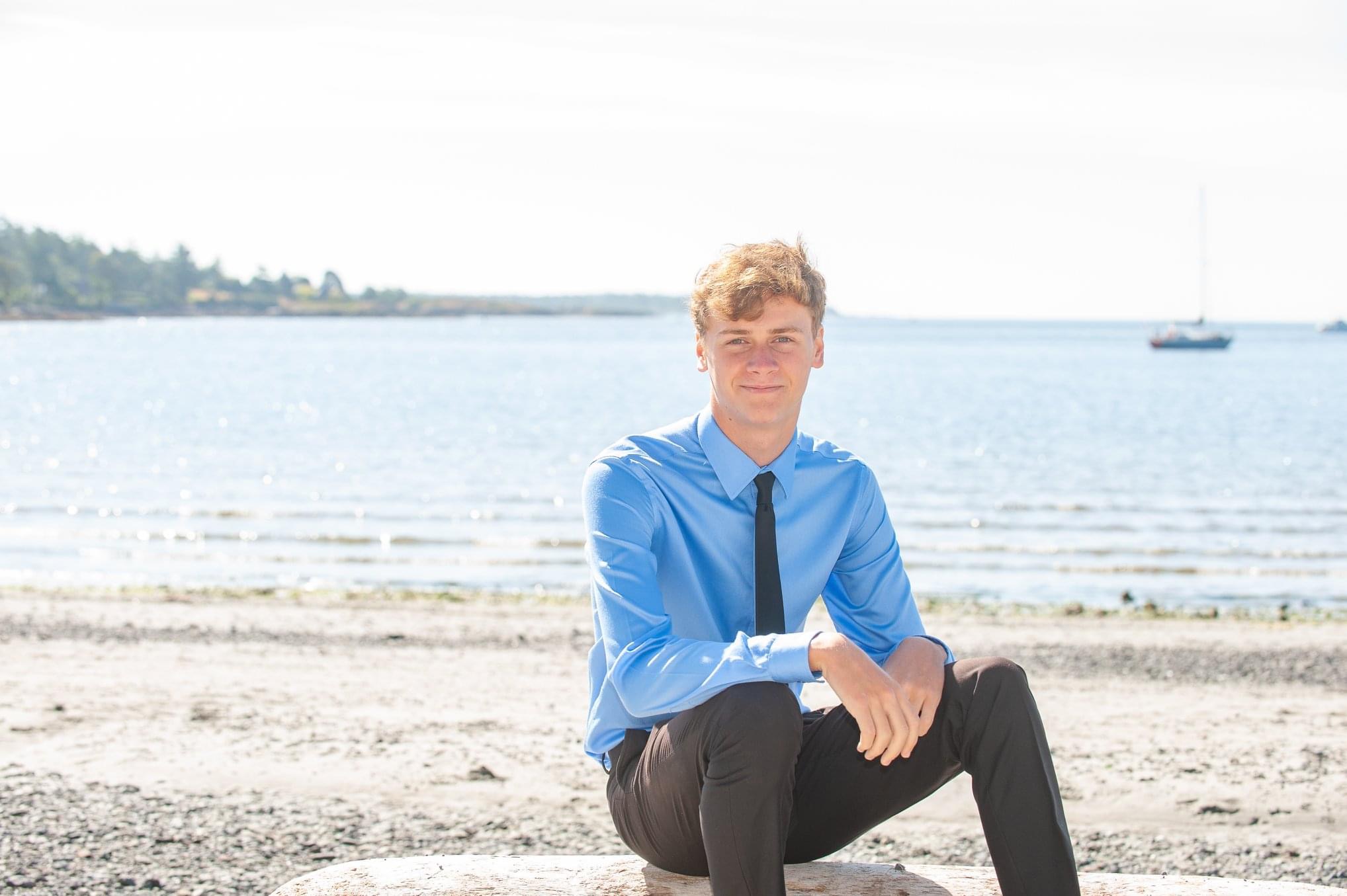 We need more aggressive action on climate change and reducing greenhouse gas emissions. Some key environmental issues in B.C. are the continued logging of old-growth forests, which I do not support, the continued expansion of LNG and other projects in the oil and gas industry.

Overall, I think that young people around the world are really getting fed up with political parties and politicians talking about climate change but continuing to support these different [projects]. I think if more young people vote and get involved in politics, we will hopefully see more action on [climate change], but we are not there yet.

“We need to stand up for our future now because we don’t have time to wait.”

It’s important for young people to get involved because it is our future on the line. Evidence has been in front of us for some time now that climate change is real and it’s getting worse. The generations that are older than us haven’t done enough to address it and are still not doing enough. We need to stand up for our future now because we don’t have time to wait.

We’re very privileged to be able to have the right to vote in this country. It’s something that many people around the world still do not have. We have to get out and vote because every vote does count. We can’t take it for granted. There are a lot of important issues affecting all of us. It’s important that we have our say and that we make sure that our next leader in this province, and then in this country, is the leader who is elected by the people. 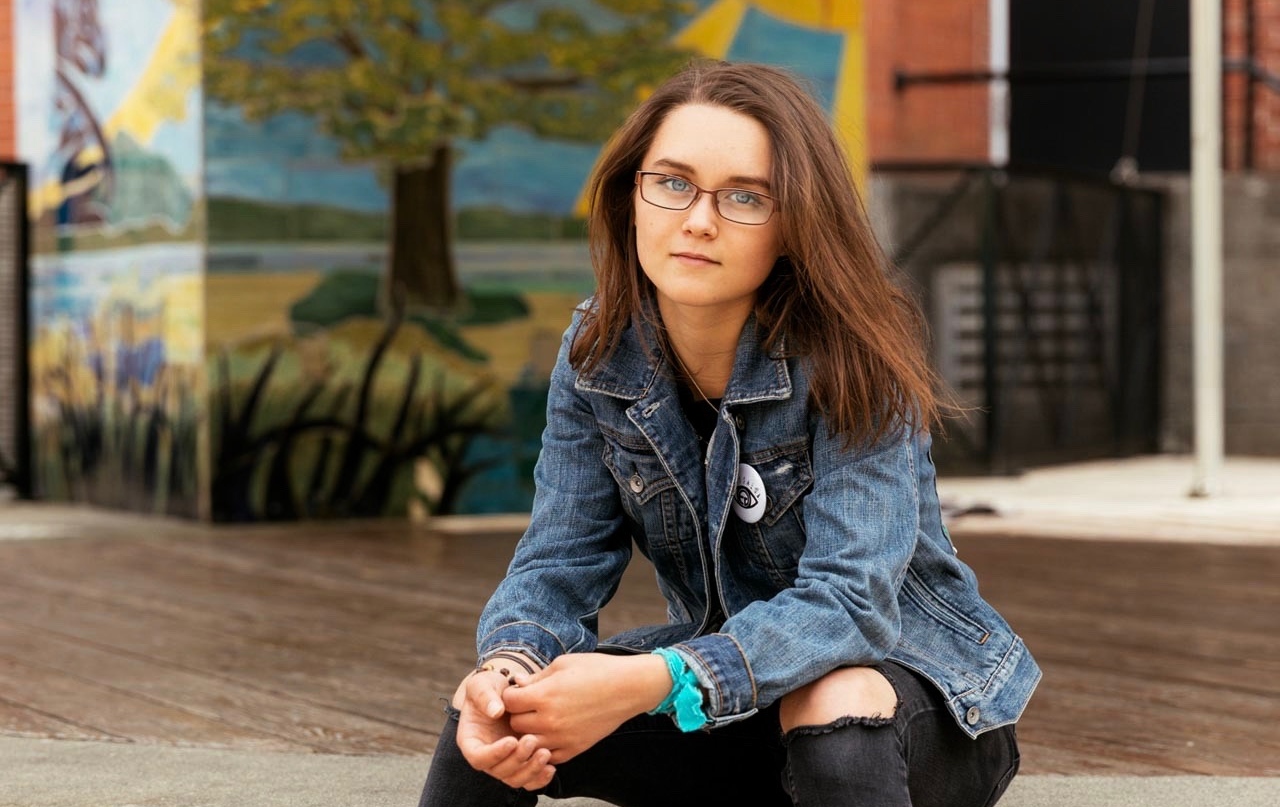 [In B.C.] we have [the] Site C dam, we have old-growth logging, fracking and fossil fuel projects, fish farming, offshore oil and gas exploration. There’s so much contributing to the bigger issue of climate change.

Our premier and other people who’ve been in office throughout the years say, ‘Oh, we want to start becoming more carbon neutral by 2050.’ It’s a little bit scary because it’s 2020 right now [and] already we’re feeling the effects of climate change every single day, and it’s affecting me and my life in countless ways.

“It’s important that we invest in clean energy and a clean future.”

We were seeing wildfire smoke coming in from the States. We’re seeing droughts, storms and flooding, [which makes] it really hard for food security on Vancouver Island, where I live.

[It’s] hard to have a consistent water supply to feed crops or animals when droughts are so bad and unpredictable.

Two or three years ago, we had to decide whether we wanted to give water to our cows or if we wanted to give water to our crops. Of course, we chose the animals. But the fact that we had to make a decision like that is sad because you lose crops. Lots of farmers will talk about how the weather is unstable. This has nothing to do with the weather and everything to do with these unpredictable events and climate change patterns.

It’s scary to see people in these positions of power not utilizing those spaces to actually support people and communities that are being impacted by these issues.

I really think that it’s important that we invest in clean energy and a clean future, which is totally possible and could create more jobs for people in an industry that is better for us. 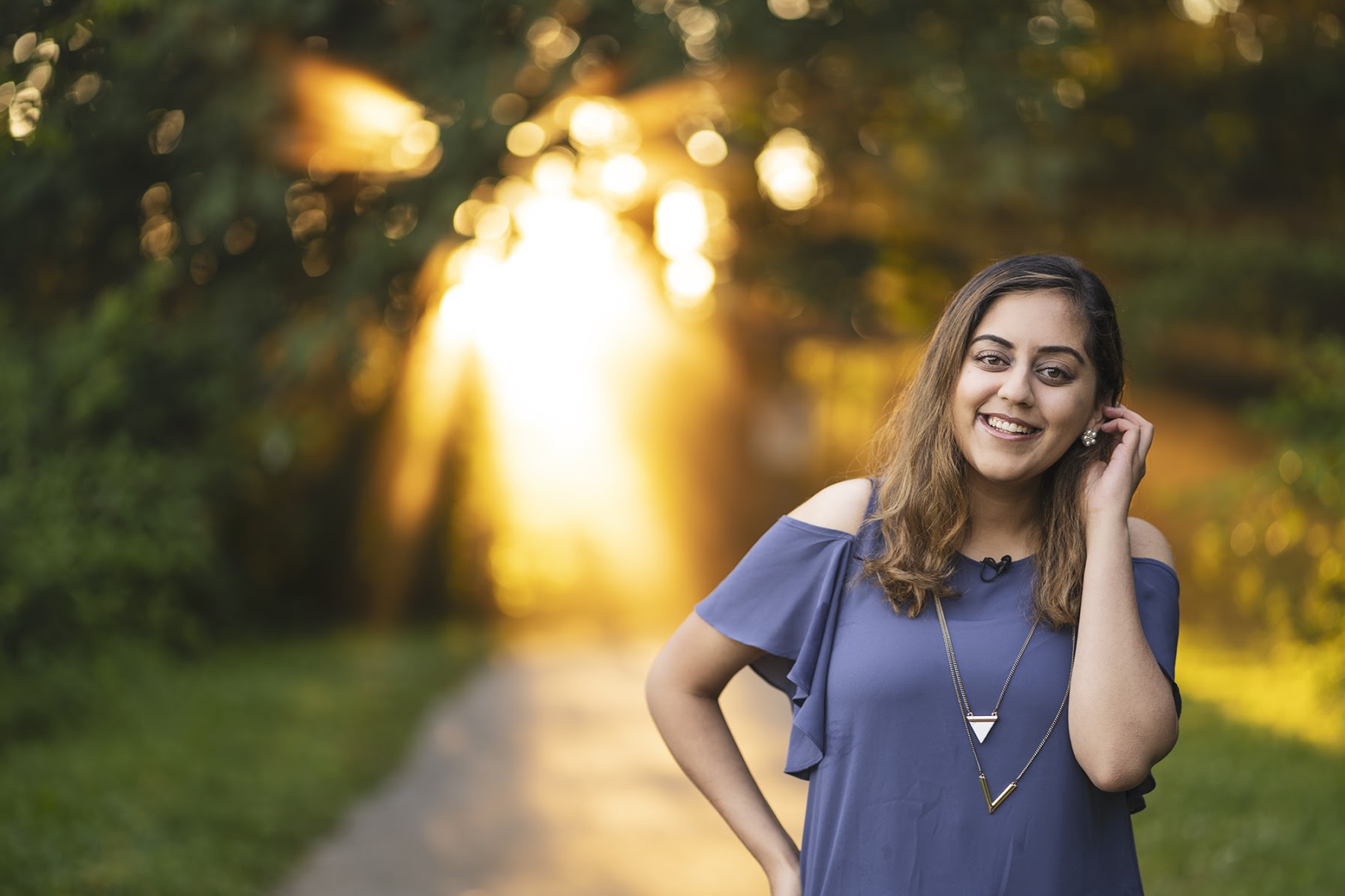 Smiely Khurana believes there should be more people of colour in positions of power. Photo: Wonderful Ida

Smiely Khurana, 22, host and producer of The Sustainable Act podcast

For me, fighting COVID-19 is a priority, but also housing affordability and climate change. We need to change things going forward, and it needs to come from the upper level.

People that are in these political parties are often older and white. We need to consider that. So, having more diverse voices — putting Indigenous people, Black people and people of colour on the forefront of these issues — [will bring] solutions forward.

Something that we’ve all been experiencing, especially in the summer, is forest fires. That’s especially when I experienced climate anxiety. You are actually seeing it, you’re feeling it, you’re witnessing what’s happening to the Earth.

“Putting Indigenous people, Black people and people of colour on the forefront of these issues — [will bring] solutions forward.”

Another environmental issue that I noticed we need to change is plastic pollution. I think it’s important to make composting and recycling mandatory for all businesses and residents.

If we’re proposing the banning of single-use plastics, what is our alternative? Is it greener? Is it more sustainable? And how do we work toward the future that is reducing our consumption [and] reducing production?

Esmé Decker says British Columbians should be listening to Indigenous leaders on how to care for the land. Photo: Conrad Decker

Cracking down on fossil fuel subsidies and climate issues, in general, is really important to me and looking at all issues through a climate lens. For my riding [Vancouver-Kingsway], I think that the main issues are education, designing more educational curriculums that have climate lenses and racial justice lenses ingrained in them.

I’m pretty concerned about what the education system is doing right now in terms of keeping students safe. With COVID, school boards are doing different plans. It’s all kind of haphazardly put together.

“[We should be] listening to Indigenous leaders about how to take care of the land.”

[I would like to see the new government] making transit free for people 13 to 18 to encourage more car-less transportation. Decriminalizing drugs and trying to fix the opioid crisis, because that is a really big issue. Specifically with climate justice, dealing with the Site C dam issues.

We still have wildfires in B.C. [We should be] listening to Indigenous leaders about how to take care of the land. They’ve had that knowledge passed down for generations. Listening to their guidance and also [using] lots of science-based solutions is a great approach. In general, I think [we should be] striving towards working on more renewable energy projects and [ideas] for the green economy.

The pipeline company owned by the federal government says the individual was not associated with...