This is the third instalment in a three-part series on Dr. John O’Connor, the family physician to first identify higher-than-average cancer rates and rare forms of cancer in communities downstream of the Alberta oilsands. Read Part 1 and Part 2.

After the story of Fort Chip’s health problems broke, Health Canada sent physicians out to the small, northern community.

Dr. John O’Connor said one of the Health Canada doctors went into the local nursing station and, in front of a reporter, filled a mug with Fort Chip water and drank from it, saying, ‘See, there’s nothing wrong with it.’

“That was such a kick in the face for everyone,” O’Connor said. “Just a complete dismissal of their concerns.”

Health Canada eventually requested the charts of the patients who had died. Six weeks later they announced the findings of a report that concluded cancer rates were no higher in Fort Chip than expected.

For O’Connor, however, the numbers “just didn’t match up.” 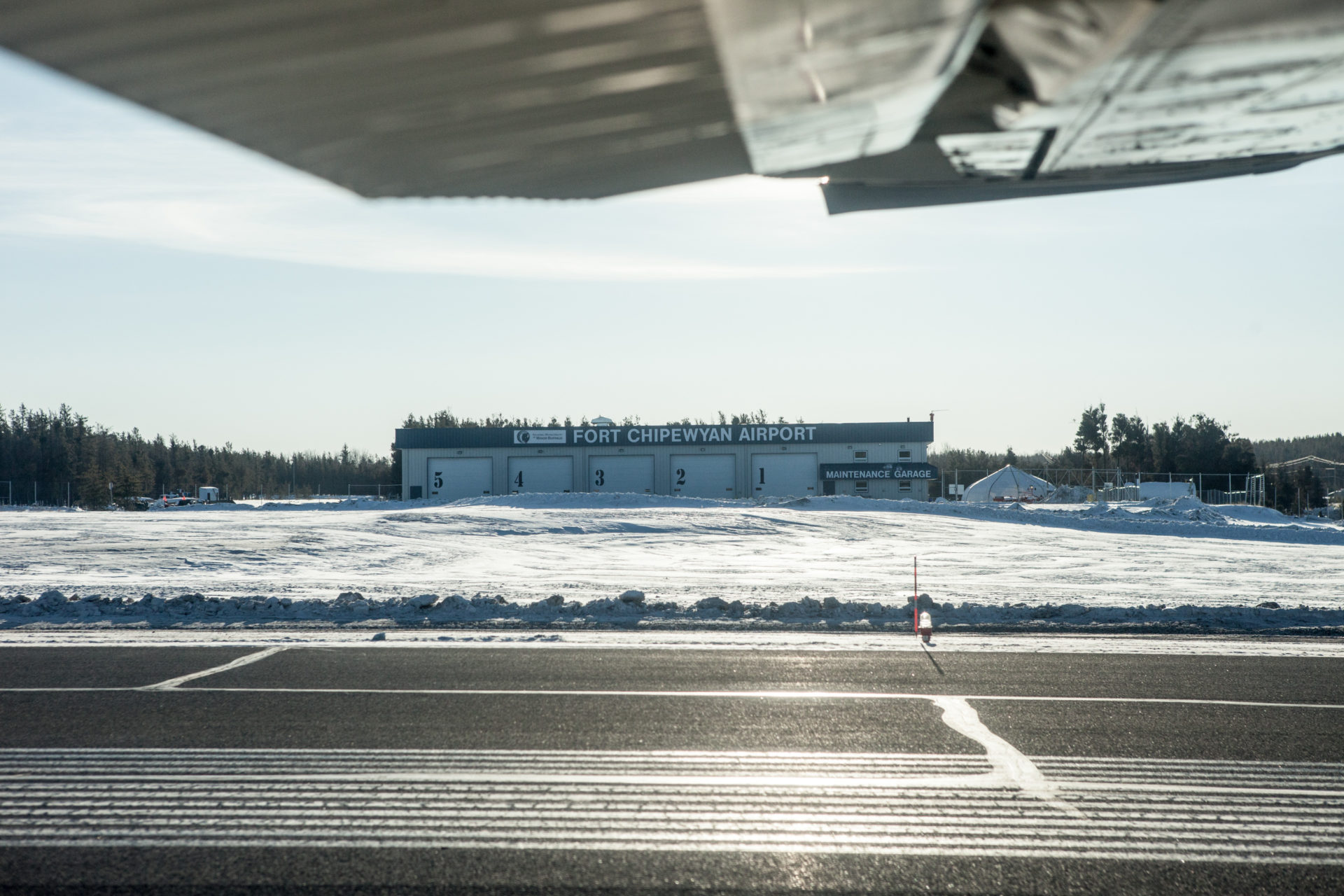 The small town of Fort Chipewyan can reached by plane all year round. In the summer the community can be reached by boat or by ice road during the colder winter months. Photo: Kris Krug 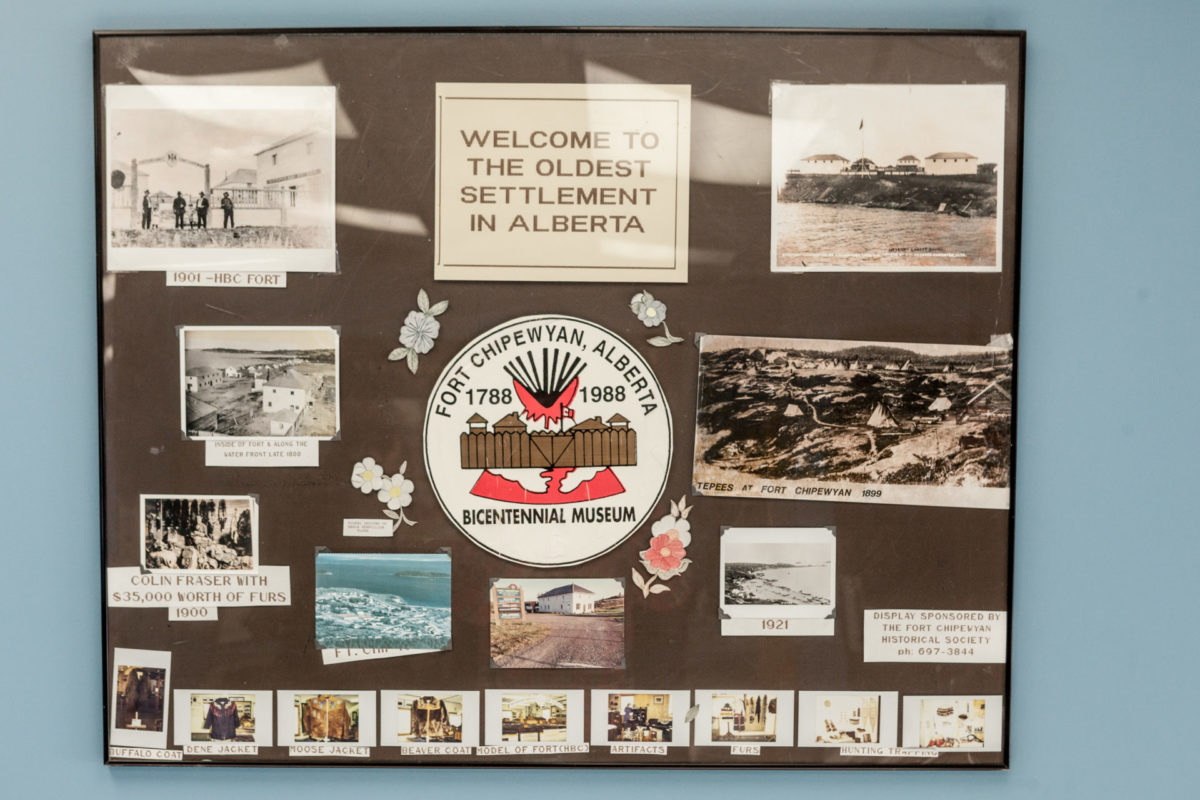 A sign in the Fort Chip airport terminal welcomes visitors to the “oldest settlement in Alberta.” Photo: Kris Krug

In March of 2007 O’Connor received a letter of complaint from the College of Physicians and Surgeons of Alberta that accused him of raising “undue alarm.” Three physicians from Health Canada lodged four complaints with the college against O’Connor, claiming he had failed to provide files in a timely fashion and withheld information. They accused him of engendering mistrust.

O’Connor admits that a minor scandal involving a male nurse in Fort Chip who had been stealing morphine and threatening female nurses didn’t help with submitting paperwork. But, he said, the charges were overblown, also including accusations of billing irregularities and ‘double-dipping’ on contracts.

What followed was a nationwide two-year public trial. O’Connor’s name was publicly dragged through the mud while the town of Fort Chip and members of his profession fought to defend him. The attacks on his credibility were widely seen as politicized, leading the Canadian Medical Association to pass resolution #103, to provide protection for whistleblowers like O’Connor.

In 2009, the College of Physicians officially cleared him of any wrong doing, handing along a massive summary file with the word “confidential” stamped across the front. Since then, he’s been heralded as a heroic Canadian whistleblower.

During the ordeal, O’Connor moved back to Nova Scotia for a break while another physician took over his work in Fort Chip.

“I’ve got a very strong wife. My rock. Charlene is just amazing. I don’t think I would have survived if it wasn’t for her,” O’Connor said. “I’m a much tougher person now than what I was. It was hell but I went through it.”

In the interim, a scientist had overseen testing in November of 2007 that warned of high concentrations of arsenic and mercury in the water and traditional foods. A doctor later publicly recommended pregnant women and children not eat any fish from the lake or play in the water.

Health Canada followed up on the recommendation, saying they had already recommended something similar, but the community said it hadn’t been informed.

Then in 2009 an Alberta Cancer Board study was finally released that stated the community had 30 per cent higher rare cancer rates than should be expected. The report amended the Health Canada findings from 2006 that suggested cancer rates were no higher than expected.

In light of this new report, a scientific team was assembled to put together a new study. O’Connor was asked to be a part of the team.

“The fact that we were going to have a health study at Fort Chip [was] very encouraging,” he said. 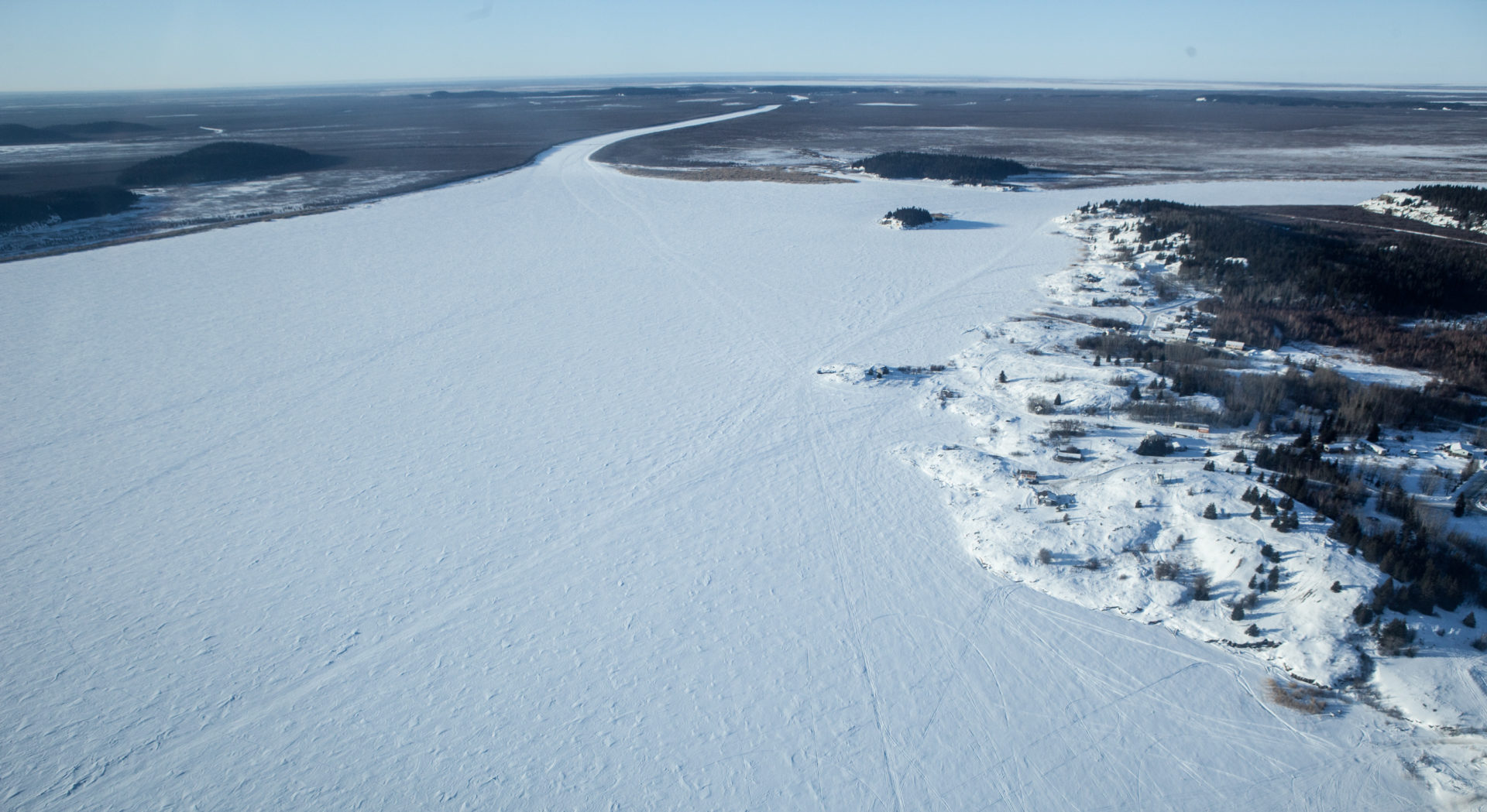 But things soon fell apart after a clause in the template of the health study mandated the oil industry be part of the management oversight committee of the research.

The community was outraged, O’Connor said, and the fissure that formed then has, even five years later, still not been mended.

To this day, independent, comprehensive baseline studies of the community of Fort Chip have still not been conducted.

However, last month the Athabasca Chipewyan First Nation and the Mikisew Cree First Nation, both local to Fort Chip, released a study conducted in collaboration with scientists from the University of Manitoba. The research showed health impacts downstream of the oilsands are “positively associated” with the development and the consumption of traditional foods.

In 2011, O’Connor was asked to participate in an Alberta government study, one of which will take place in Fort MacKay. The announcement was made publicly, among much publicity, he said. Some of the work being done in Fort MacKay was supposed to act as a template for future Fort Chip research, he said. 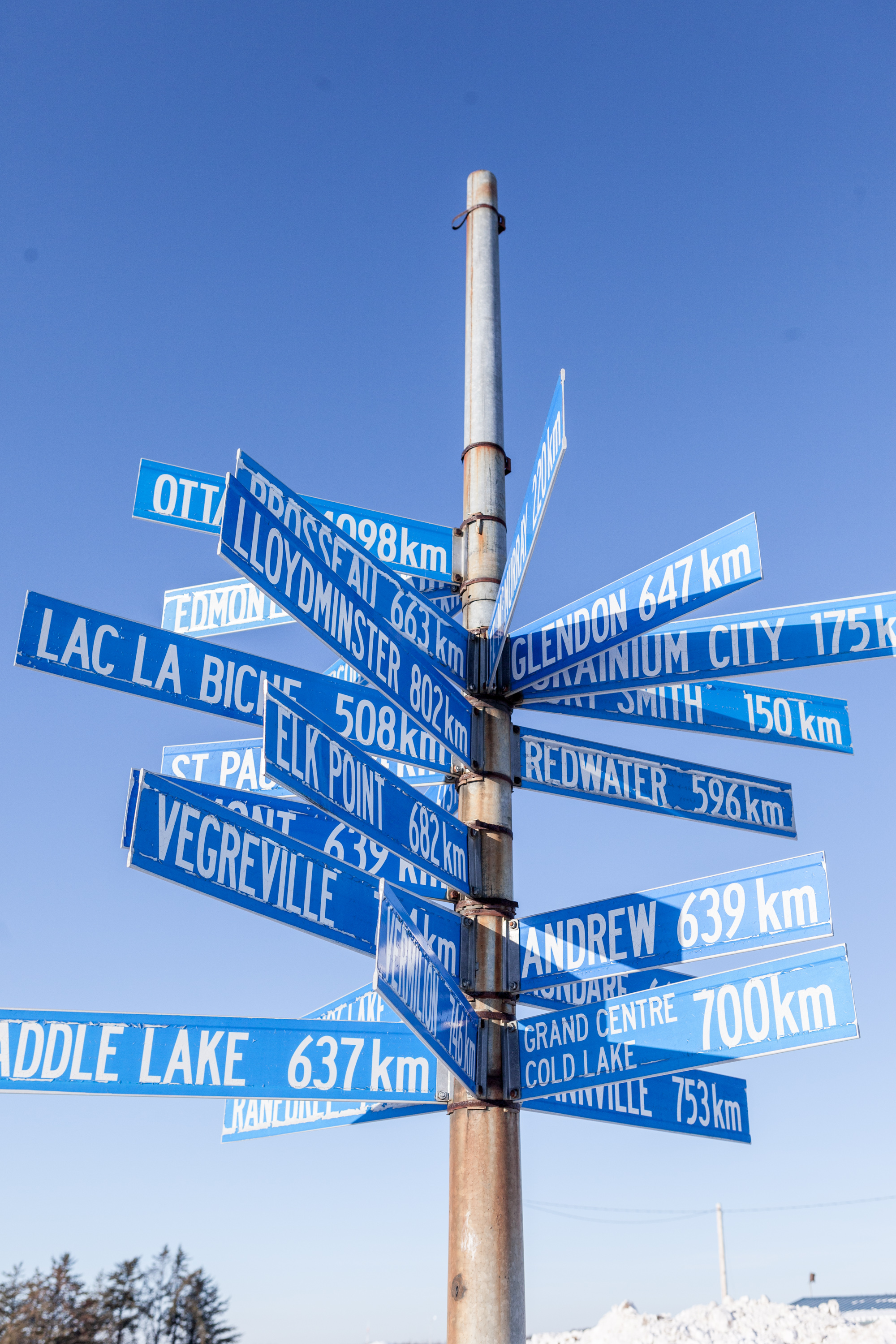 A signpost in Fort Chip shows distances and direction to cities across Canada. Photo: Kris Krug

But since then the study has lagged, and, according to O’Connor, his letters and phone calls to the Alberta Health Minister go unanswered. Comprehensive studies of both Fort MacKay and Fort Chip are still pending.

The community members of Fort Chip and O’Connor himself are “demanding the government keep its promise of a health study, but we’re getting nowhere with that,” he said.

O’Connor said for now he’s relying on the independent scientific studies that are being done in the environment downstream of the oilsands. A February 2014 study published in the Proceedings of the National Academy of Sciences found levels of polycyclic aromatic hydrocarbons (PAHs), a cancer-causing pollutant released during the extraction of bitumen in the oilsands, were likely two to three times higher than government and industry estimates.

In November of 2012 federal scientists from Environment Canada presented research that found PAHs from oilsands extraction and processing were accumulating in bodies of water up to 100 kilometres away. Yet another federal study found tailings ponds, which cover an area larger than 176 square kilometres, are seeping waste water and mining-related toxins into local groundwater. 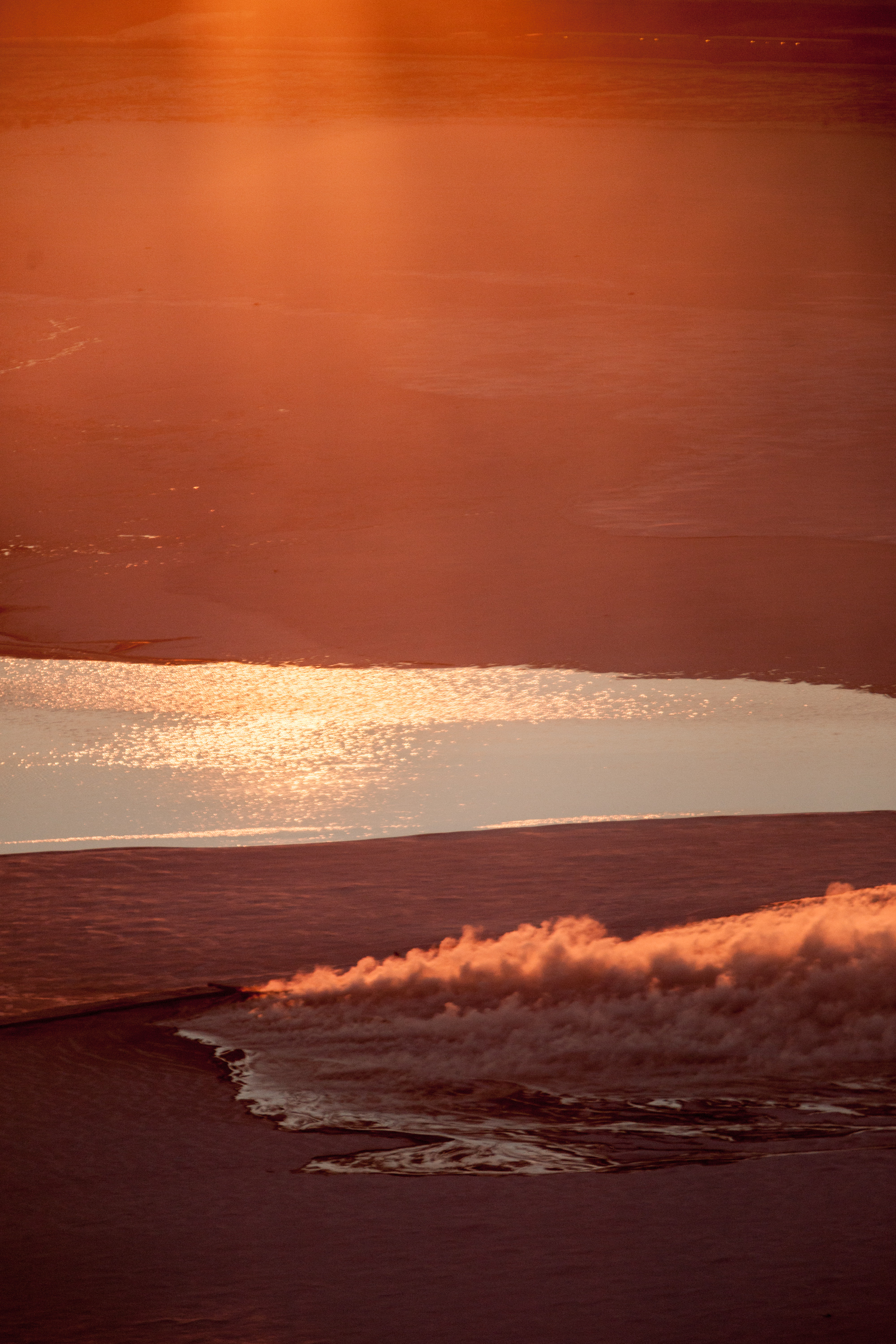 Steam rises from a tailings pond in the Fort McMurray region. Industry estimates there are 176 square kilometres of tailings ponds. Photo: Kris Krug

O’Connor said, put together, these studies paint a disturbing picture. “And you know, all they are telling me completely contradicted what government and industry have been saying for years: that there’s no impact, no evidence of contributions, degradation to the environment from industry.”

Even the release of new research, he says, hasn’t been enough to trigger new health studies.

O’Connor has assembled a team of science and health experts to examine the industrial impacts in Fort MacKay and hopes he can eventually include Fort Chip.

At this point, O’Connor said, neither Fort MacKay nor Fort Chip are in any position to accept a government study on the health impacts of industry. The necessary trust relationships at this point are nonexistent.

For O’Connor, his experience working with the community of Fort Chip, and his efforts to find some accountability for their plight, has been something of a transformative experience.

“All I’m doing is my job,” he said. “I’m just… As a physician, I’m an advocate for my patients. I never realized how….” He paused, “exactly what the job meant until Fort Chip.”

O’Connor said he’ll continue fighting for the community of Fort Chip. But beyond that, O’Connor now sees himself as more than just as an advocate for his patients: he’s an activist.

“I’m now – thanks to the Alberta government and the federal government – I’m now a dyed-in-the-wool advocate. I’m an activist for my patients. Never imagined I would be doing this and I’ll do it ‘til the day I die.”

In February 2014, O’Connor traveled to Washington to testify on the affects of the oilsands industry, in light of the U.S.’s pending decision on the Keystone XL pipeline, which will connect Alberta to refineries and export facilities in the Gulf of Mexico. He was invited by Senator Barbara Boxer. 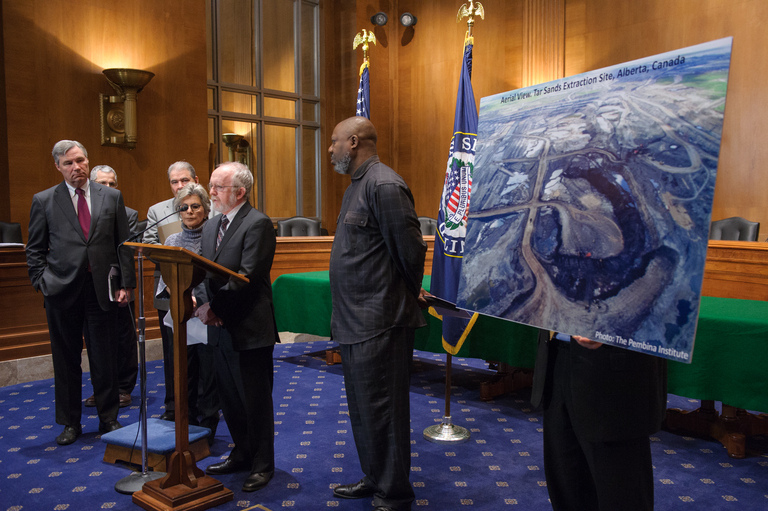 Dr. John O’Connor speaking on the negative impacts of oilsands development at a press conference in Washington. Photo: EWPChairBoxer / Flickr

“It was gratifying to get the invitation from Senator Boxer’s office,” O’Connor said. “The reception there was incredible. The information that was already known. I was very happy that I was walking into a setting where I wasn’t having to start from scratch.”

O’Connor added, “I made it very firm that I’m not saying to shut things down … But there has to be a sort of a middle ground.”

He added, “I certainly hold the governments to account … But government has failed, completely failed people, betrayed people.”

Read part 1 of The Oilsands Cancer Story: Dr. John O’Connor and the Dawn of a New Oilsands Era and part 2: Deformed Fish, Dying Muskrats Cause Doctor to Sound Alarm.

Banner: Fort Chipewyan cemetery. Photo: Kris Krug
We hear it time and time again:
“These are the stories that need to be told and you are some of the only ones telling them,” John, a new member of The Narwhal, wrote in to say.

Prairies news delivered straight to you
The Narwhal’s Prairies bureau is here to bring you stories on energy and the environment you won’t find anywhere else. Stay tapped in by signing up for a weekly dose of our ad‑free, independent journalism.

Prairies news delivered straight to you
The Narwhal’s Prairies bureau is here to bring you stories on energy and the environment you won’t find anywhere else. Stay tapped in by signing up for a weekly dose of our ad‑free, independent journalism.