Last night Prime Minister Stephen Harper and his house band, the Van Cats, took to the stage at a Conservative Christmas Party in Ottawa. Seated at the keyboard, the Prime Minister warbled through a performance of the Guns n’Roses classic ‘Sweet Child of Mine.’

Less than 24 hour earlier that the Prime Minister was singing a different tune.

Earlier in the day, the Harper railed against the concept of carbon taxes and regulation of the fossil fuel industry during Question Period in the House of Commons. In response to questions from NDP environment critic Megan Leslie about the Conservative’s 2007 pledge to regulate greenhouse gas emissions, he replied:

All of the above are indeed words, but when used by the Prime Minister in this combination they give a result that’s completely and egregiously incorrect. 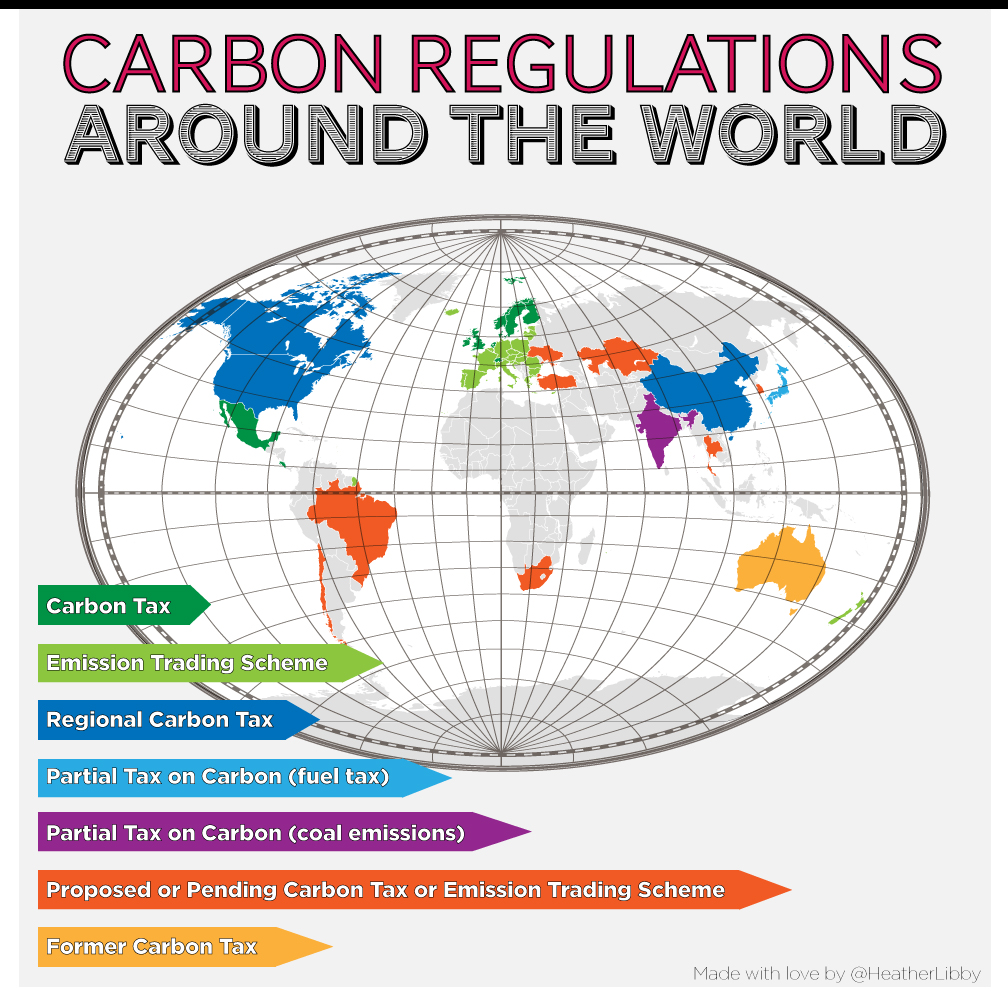 In reality, more than half of the world’s population lives in places where CO2 consumption/production is regulated in some form — including a large portion of Canada. Here’s a rundown:

· The Netherlands has taxed carbon since 1990. In 2007 it enacted a further tax on carbon-based packaging.

· Since 2001, Great Britain has charged a ‘climate change levy’ on industry, commerce and public sectors.

· The New Zealand Government set up an emissions trading scheme in 2008.

· India has charged a nationwide carbon tax on coal since 2010.

· Switzerland has both a carbon incentive tax and an emissions trading system.

· Since 2010, all new vehicle sales in South Africa have been subject to a carbon tax.

· In 2012 Mexico implemented a carbon tax on fossil fuel imports and sales.

· Japan’s carbon tax has been in effect since October 2012.

· In 2012, Australia instituted a groundbreaking, innovative carbon tax. However, it was repealed two years later by the newly-elected Conservative government, headed up by Stephen Harper’s protege, Prime Minister Tony Abbott.

· China: Starting in 2013, the Chinese Government enacted emission trading schemes in the Guangdong province and cities of Shenzhen, Beijing, Shanghai, Tianjin, the Hubei province and the city of Chongqing. After 2015, the government will work towards a nation-wide tax (potentially as part of its new partnership with the United States).

· Canada: Canada does not have a federal carbon tax, but Quebec, Alberta and British Columbia do. The latter’s carbon tax has been recognized as one of the most effective in the world.

Other countries or regions with pending carbon taxes or emission trading schemes under consideration or in the process of implementation:

· In 2018, Chile’s newly enacted climate pollution tax will take effect, levying a charge of $5/tonne of CO2 on 55 per cent of the nation’s emissions.

· Starting in 2015, The Republic of Korea will start an emissions trading scheme covering facilities producing more than 25,000 tonnes of greenhouse gas emissions – approximately 450 of the country's largest emitters. A planned ‘smog tax’ on vehicle emissions has been pushed back to 2020.

· Starting in 2016, all new homes built in the United Kingdom are required to have zero emissions for heating, hot water, cooling and lighting.

· South Africa expects to begin its national carbon tax in 2016.

· Kazakhstan, Thailand, Taiwan, Brazil, the Ukraine and Turkey all have plans on carbon taxes or emission trading in various stages of consideration.

With a majority of nations at the UN Climate Talks in Lima agreeing to put wholesale elimination of fossil fuel energy by 2050 on the negotiating table, and crude oil prices dropping below $62 USD per barrel for the first time in five years, smart countries aren’t singing the praises of fossil fuels any longer.

They’re stepping up with regulations like their futures depend on it.

Heather Libby
Like so many in her generation, Heather sampled an array of careers before landing right where she belonged: on Internet. Her most...