Share
Robert Spence rests while cutting firewood near his trapline on the Churchill River, where he takes his family to hunt moose each fall. Spence is an elected councillor of the Tataskweyak Cree Nation, known as the community of Split Lake. At one time, Spence was able to provide for his family as a commercial fisherman and fur trapper, but he left the profession after the fishery became unprofitable due to declining stock and fish quality. Spence has long been a critic of Manitoba Hydro and yet, as a councillor, works closely with the utility provider in an effort to mitigate further impacts on the land, the river and his community. Photo: Aaron Vincent Elkaim / The Narwhal
Newsletter

What the Amazon and Manitoba have in common

Sometimes the stories closest to us are the easiest to overlook. But for photographer Aaron Vincent Elkaim, a trip to Brazil helped to bring home issues facing his own province.

“I was working on a hydroelectric story in the Amazon and how it was affecting this amazing waterway and all these Indigenous people,” Aaron told me. The experience got him thinking.“I started reflecting on where I was from and what the history of hydroelectric was in my home province.”

Beginning in 2016, Aaron began visiting and documenting these communities as construction on the Keeyask dam, the sixth mega dam to change the course of the Nelson River, was getting underway. After a history of environmental colonialism that saw dams built without the consent of any affected First Nations, Manitoba Hydro offered to partner with four Cree nations on the Keeyask project — though many who voted in favour of the partnership agreement, Aaron learned, believed the dam was inevitable and would be built with or without their cooperation.

Now, with the Keeyask set to go live in 2021, water levels are rising once more.

In a stunning photo essay recently published in The Narwhal, Aaron shares what he captured of the experiences of Elders and kids, fishermen and councillors, in this beautiful and expansive area of northern Manitoba. As these communities prepare for the impacts of the new dam, they shared their stories of slimy water, disappearing fish species, sickness in their communities and how much life has changed because of hydro development.

“The only way to get some of these pictures is to really get to know people,” Aaron says. “Just to be there, for the brief encounters, you have to be spending time with people. You really have to be a guest in a community and to do that you have to build relationships.”

“With time, the truth comes through [in my pictures] a little bit more.”

This week we also published a very different and yet very related feature about another Manitoba watershed. Head over to the Seal River and you’ll find the province’s last major undammed waterway. There, five Indigenous communities have banded together to keep it that way by establishing a protected area.

The initiative would allow Indigenous Peoples to protect declining caribou herds — quite the reversal from the 1950s, when the Sayisi Dene were wrongfully blamed for herd downturns and forced off their territory. As reporter Stephanie Wood notes, they’re now reclaiming their place as protectors.

The promise of the Seal River project stands in stark contrast to how watersheds have been managed throughout Canada’s dark colonial past. And it’s an important reminder of what becomes possible when lands are protected and restored under the management of Indigenous Peoples (pssst, have you checked out our reporting on Indigenous Protected and Conserved Areas?). 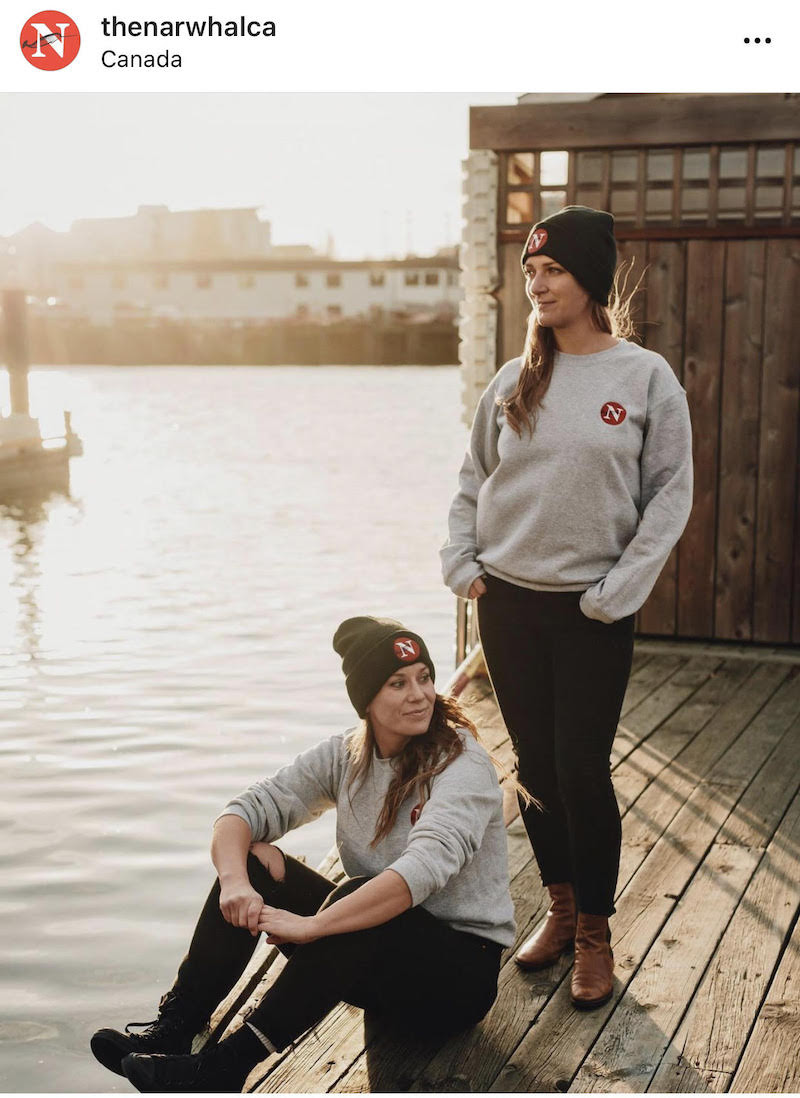 We’ve been ramping up our game on Instagram, and we’d love if y’all joined us over there! Oh, and did we mention you could win a pair of matching narwhal crewnecks?? Just hit the follow button, like this post and tag a friend for the chance to cozy up for sweata weatha season in style.

The last free river of Manitoba

Tadoule Lake, home of a Sayisi Dene community, is located in the Seal River Watershed. The Sayisi Dene, along with other Indigenous communities, are advocating to create an Indigenous Protected Area around the watershed. Photo: Chris Paetkau / Build Films

The Seal River is Manitoba’s only major waterway that hasn’t been dammed — and five Indigenous communities have banded together to keep it that way by establishing a protected area. Read more.

The transition to renewable energy relies on mining. Can it be done responsibly? 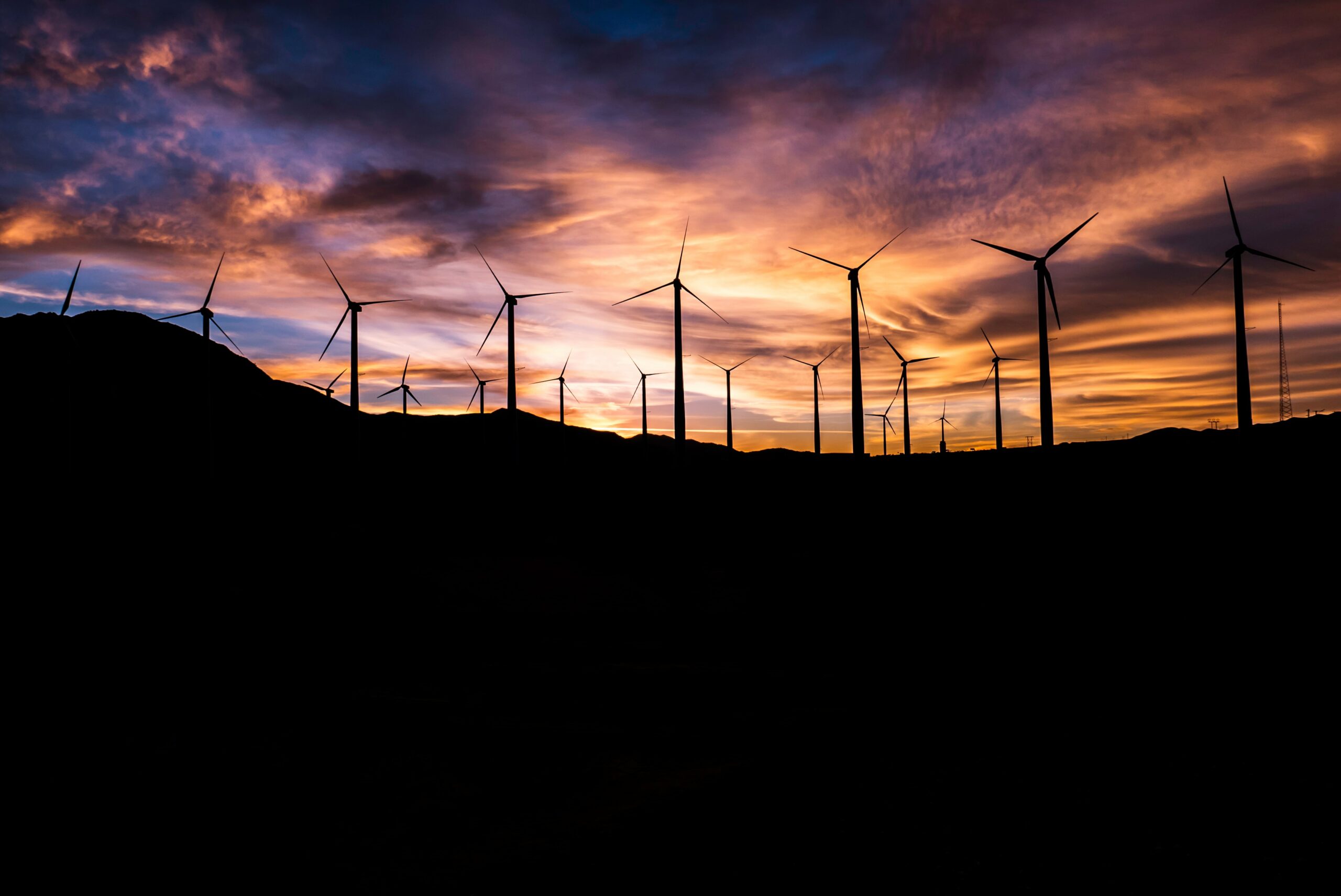 Demand for certain mined minerals is projected to increase exponentially in the coming decades. Experts warn responsible practices must be in place to reduce environmental and social impacts. Read more.

‘We’ve been too dependent on oil and gas’: the future of Alberta’s rural communities 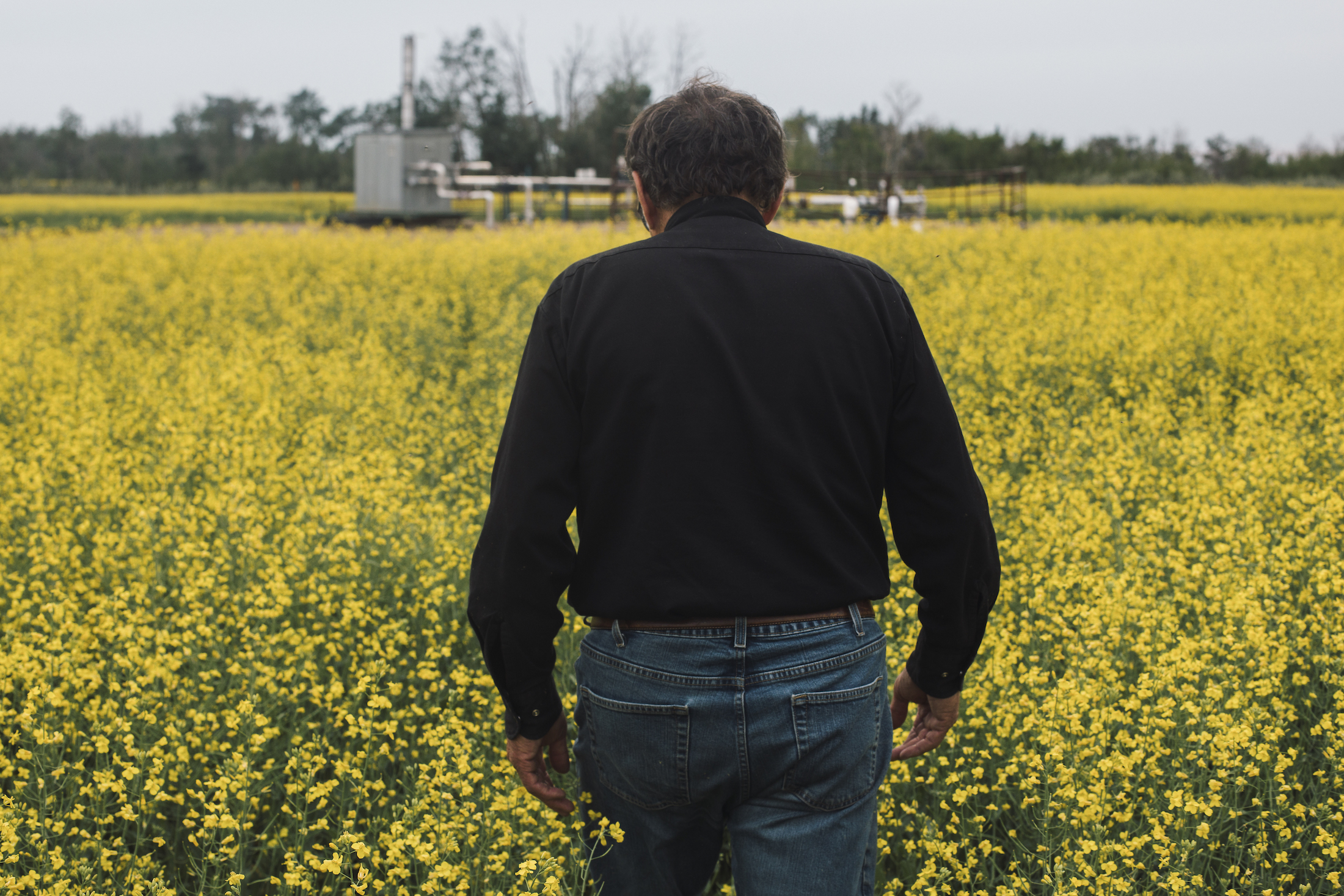 Alberta’s rural municipalities have struggled with budget shortfalls from unpaid oil and gas taxes for several years, but the COVID-19 pandemic has made the issue even more urgent. Here, Don Wieben, a farmer near Fairview, Alta., shows a stunted part of his crop close to oil infrastructure. Photo: Amber Bracken / The Narwhal

As fossil fuel companies’ unpaid tax bills mount during the COVID-19 pandemic, the UCP government has announced new tax cuts for the sector. It’s a compromise that has rural communities scrambling for solutions to make up for revenue losses. Read more. 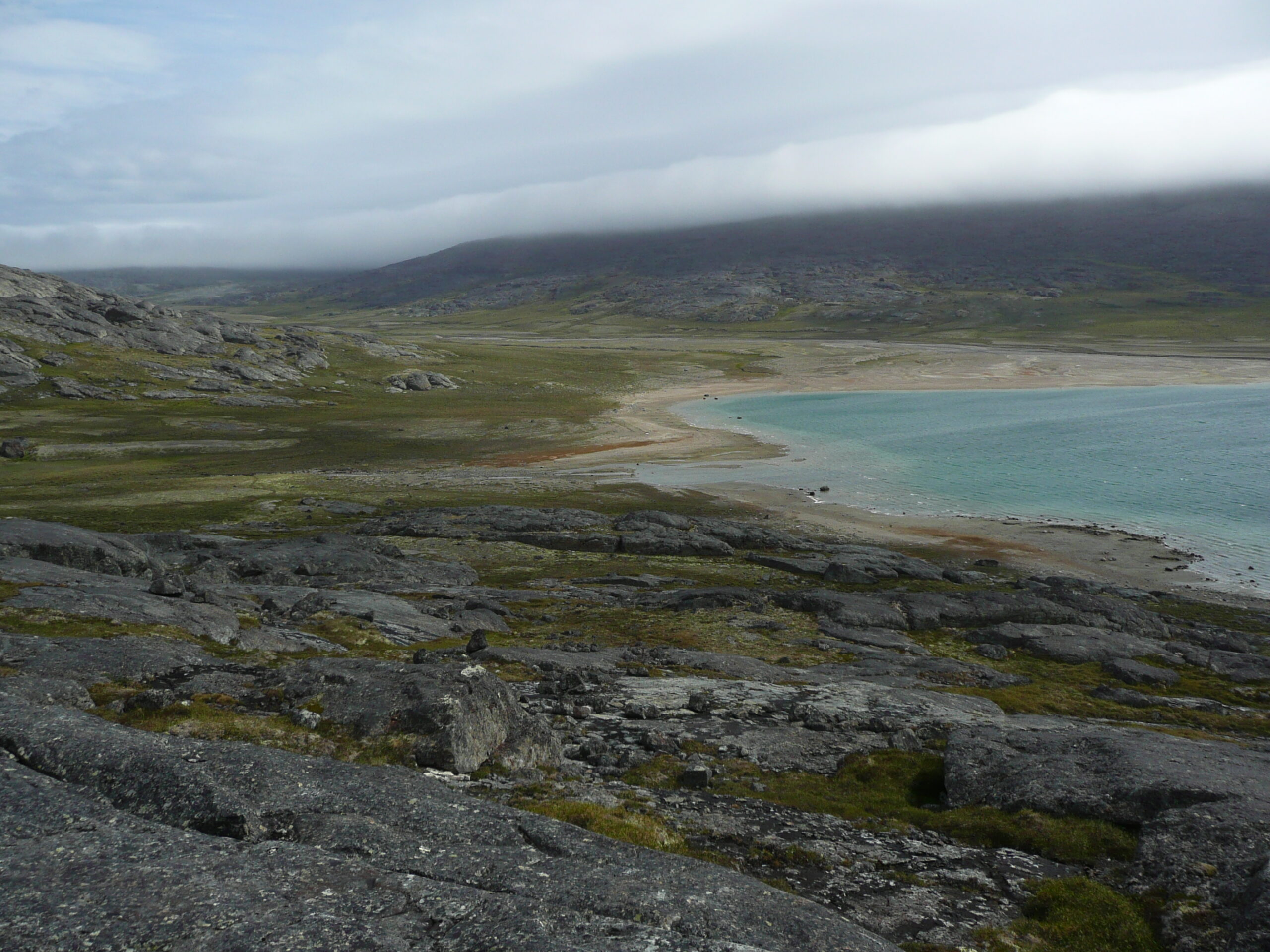 A federal partnership will aid Indigenous-led monitoring and research of 24,000 hectares of remote Arctic islands that provide critical habitat for polar bears and other species affected by the climate emergency. Read more. 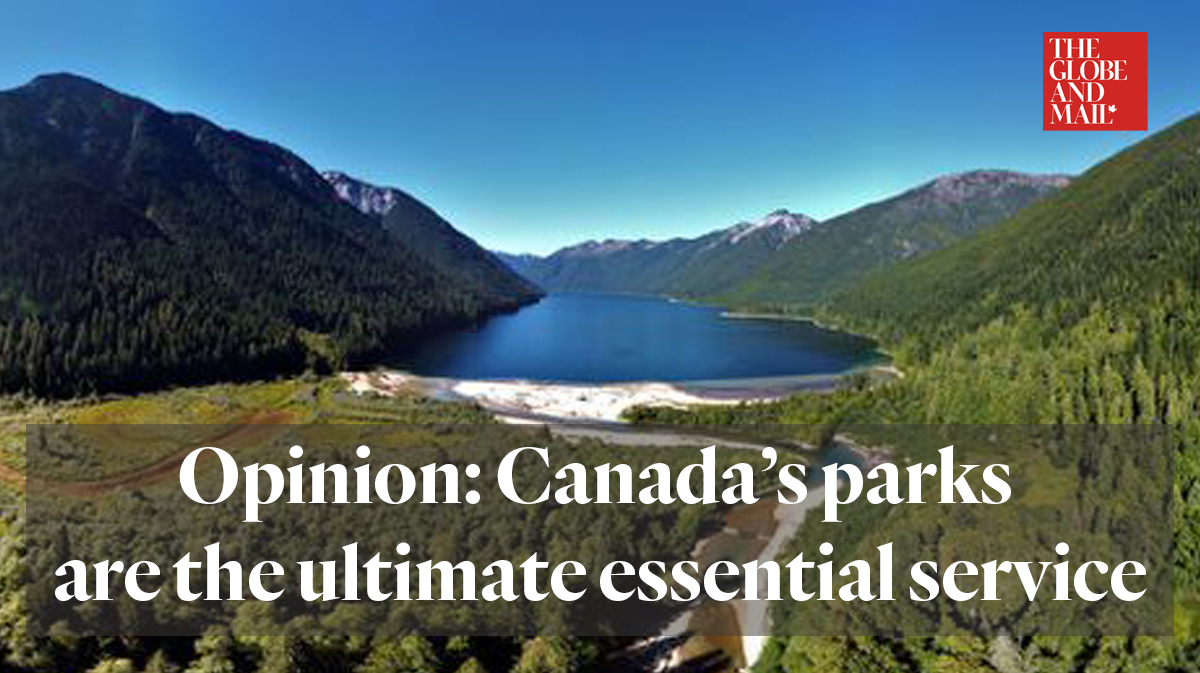 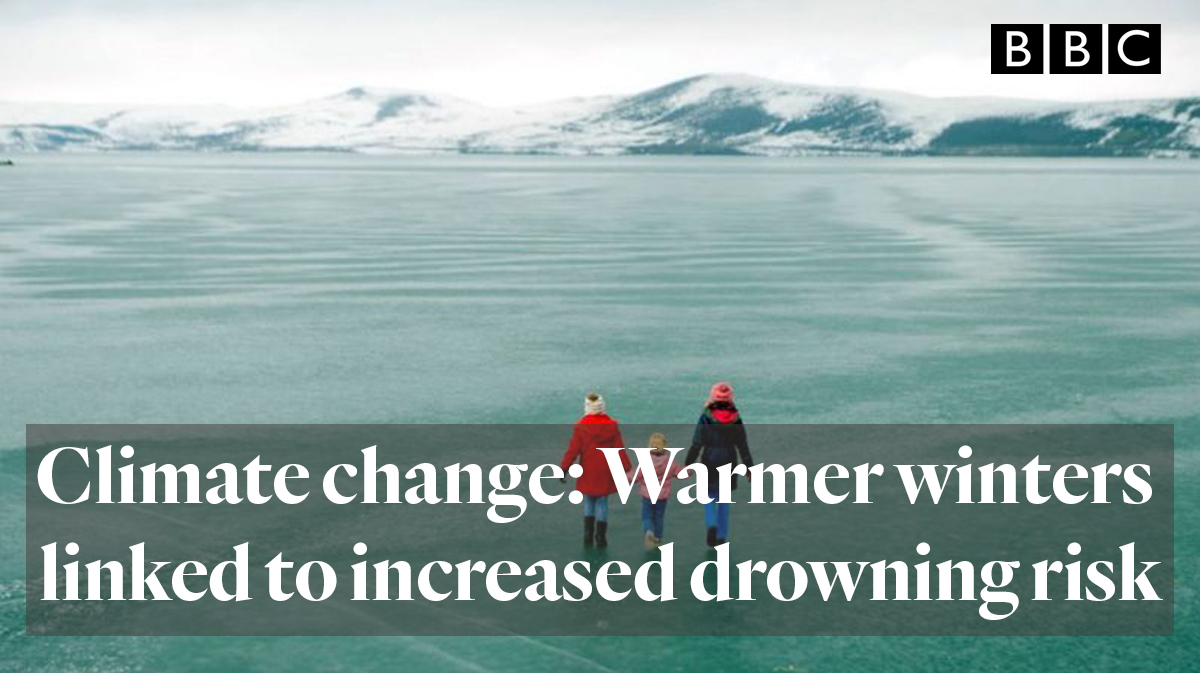 When you and your best friend zen out together — after spreading the word about our newsletter.

Robert Spence rests while cutting firewood near his trapline on the Churchill River, where he takes his family to hunt moose each fall. Spence is an elected councillor of the Tataskweyak Cree Nation, known as the community of Split Lake. At one time, Spence was able to provide for his family as a commercial fisherman and fur trapper, but he left the profession after the fishery became unprofitable due to declining stock and fish quality. Spence has long been a critic of Manitoba Hydro and yet, as a councillor, works closely with the utility provider in an effort to mitigate further impacts on the land, the river and his community. Photo: Aaron Vincent Elkaim / The Narwhal