The cold waters of the planet’s north are highly susceptible to carbon absorption and under a ‘business as usual’ climate change scenario the impacts to marine ecosystems and food chains could be dire
Julien Gignac, Local Journalism Initiative reporter
Jun 26, 2020
8 min read

The Arctic Ocean could absorb 20 per cent more carbon than previously predicted before the end of the century, according to a recent study.

It’s a jump that could result in even more acidification, jeopardizing marine wildlife.

About 7.5 billion tonnes of carbon was projected to be absorbed by the Arctic Ocean in previous estimates, said Jens Terhaar, the lead author of the research paper, released this month in the journal Nature. The new study — a joint undertaking between the University of Bern in Switzerland and École normale supérieure in Paris — found that this number is actually 1.5 billion tonnes higher (under what’s commonly known as the ‘business as usual’ or RCP8.5 high emissions scenario), reaching 9 billion tonnes of carbon absorbed by 2100.

While the Arctic Ocean represents 1 per cent of global seawater, it’s by far the most vulnerable to a changing climate, Terhaar said. 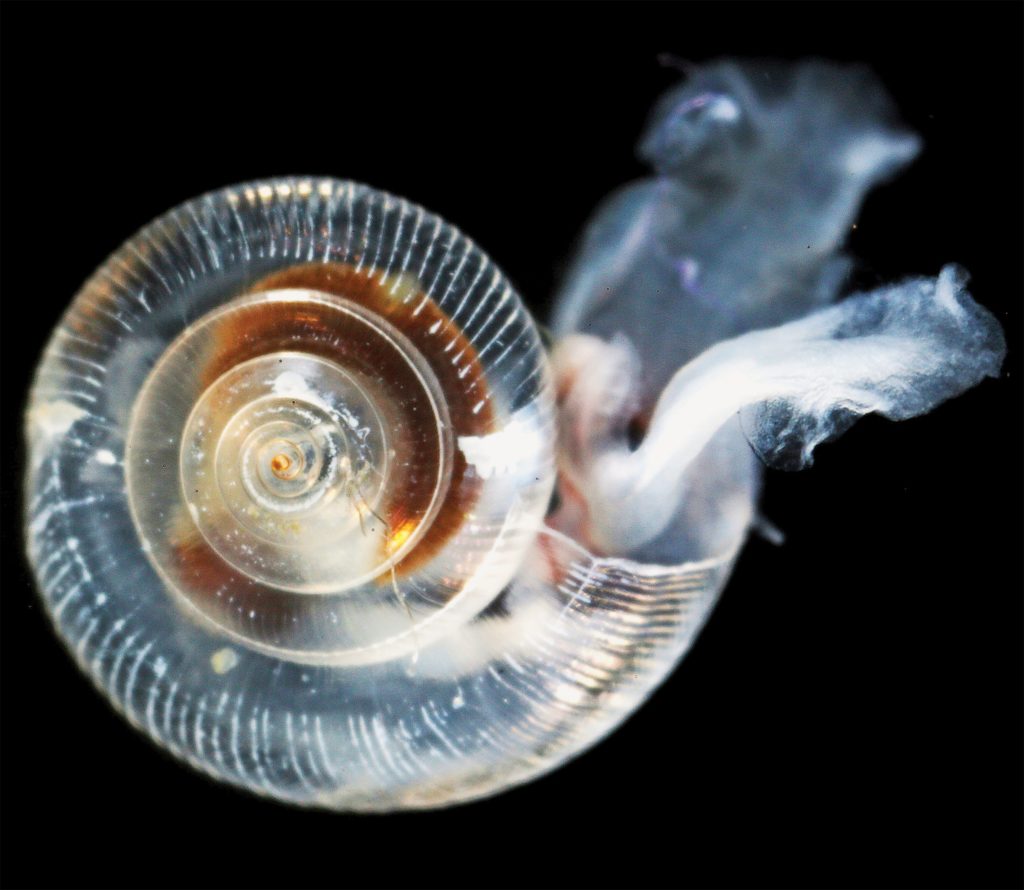 Join our newsletterIn-depth reporting straight to your inbox
Sign up

Researchers used 11 existing climate models to predict future ocean acidification based on a correlation they found between acidity and sea surface density (how dense seawater is changes with temperature and salinity).

The Arctic, in general, will bear the most severe effects of climate change, the study says. By the end of the century, surface temperatures in the region could increase by up to a range of 6.4 and 10.2 C and sea ice will continue to diminish.

A 2019 report from the Government of Canada found the country is warming at twice the rate of the rest of the world, while the Arctic is warming even faster. Canada’s own emission reporting indicates the country will not meet its climate commitment to reduce emissions to 30 per cent below 2005 levels by 2030 and keep the global temperature increase as close to 1.5 C as possible.

“It would be great if politicians listened more,” Terhaar said.

These conditions produce water that will corrode shells, which a slew of marine organisms depend on to shore up their only line of defence against predators.

Oysters and pea-sized, swimming sea snails known as sea butterflies, for instance, can’t build their shells without calcium carbonate minerals, leaving them more susceptible to hungry marine mammals such as walruses and whales.

These creatures can adapt to aggressive changes to a degree, Terhaar said, but if acidification gets more pronounced, they simply won’t be able to keep up. He pointed to U.S. National Oceanic and Atmospheric Association laboratory tests that show the shell of the sea butterfly can almost completely disappear over a 45-day period when submerged in sea water with pH and carbonate levels projected for the year 2100.

Sea butterflies are as small as the pin of a head and are known to feed a wide variety of marine life from krill, to salmon to whales.

The study focused on the mesopelagic zone, or seawater at depths between 200 and 1,000 metres, because that range is important habitat for shell-building organisms and animals that live, feed or migrate there.

“All of these organisms may have a harder time surviving because the acidification is too strong there,” Terhaar said, adding that the concentration of carbonate ions will decrease by 50 per cent in this mesopelagic zone over the 21st century due to acidification. (Across all depths in the Arctic Ocean, that number will decrease by an average of 32 per cent over the same timeframe.)

The Arctic Ocean is relatively shallow, making these sources of food easy pickings. If overfeeding occurs, there could be nothing left for marine mammals to eat, Terhaar said.

“Even small changes in the future might really change the situation of these animals and organisms, and even if their shells are less strong than before, they will be much more vulnerable to predators, and step-by-step they will be gone from the food chain,” he said.

“I think it’s likely it’s going to be worse than before. It’s very hard to say what it’s doing to the food chain.”

An April 2020 State of the Arctic report produced by Fisheries and Oceans Canada acknowledges very little research has been done on the impacts of ocean acidification in the Arctic.

But the report notes that “the volume of corrosive water in the Arctic is increasing with time” and also affects “non-calcifying organisms.”

The negative impacts of ocean acidification on the physiological, reproductive and immune systems on these other organisms “have been reported in other oceans,” the report states.

Recent research by Andrea Niemi, a Fisheries and Oceans Canada scientist and lead author of the report, found that small pelagic sea snails collected in 2014 and 2017 had high levels of shell dissolution due to acidified waters (pictured below).

But the report concludes that “our knowledge of biological responses to ocean acidification in polar oceans is limited at present.”

Terhaar said more research on ocean acidification is also needed in the Southern Ocean around Antarctica, but that’s a wholly different environment, requiring a lot of preliminary work to study the ocean system there and how it might store carbon. “Personally, I just turned my attention to the Southern Ocean, maybe others are very close to publishing interesting research.”

“The Southern Ocean is totally open (water),” he said. “It has one of the strongest currents in the world.”

Studying the Antarctic would be critical to further understanding how carbon absorption and acidification is affecting global waters.

What needs to happen to alleviate the pressure of acidification on the oceans?

While this isn’t the first study to address ocean acidification in the Arctic, it serves as a reminder that people across the planet must work together to reduce greenhouse gas emissions, said Susanna Fuller, vice-president of operations and projects for Oceans North.

She said while a lot of attention has been paid to increasing protection for terrestrial environments, the same doesn’t hold true for the oceans.

The state of the Arctic Ocean? Unpredictable

Marine ecosystems, including seagrass meadows, kelp forests and marshes, are essential for sequestering what is known as “blue carbon.” According to the Blue Carbon Initiative, “seagrasses cover less than 0.2 per cent of ocean floor, but store about 10 per cent of the carbon buried in the oceans each year.” Yet, “seagrasses are being lost at a rate of 1.5 per cent per year and have lost approximately 30 per cent of historical global coverage.”

“Let’s make sure we’re preserving kelp forests and eelgrass beds and marine mammal populations and fish populations,” Fuller said, adding that this study shows ocean acidification is going from bad to worse. “We think about the terrestrial environment because we can see it. I don’t think Canada has really started to think how that can be done in the marine environment.”

Fuller said if the COVID-19 pandemic can be stemmed globally, so, too, can climate change impacts, including ocean acidification.

Update June 29, 2020 11:45 a.m. PST: This article was updated to correct references to the decrease in the concentration of carbonate ions over the 21st century. The article previously stated this concentration would decrease by 12 per cent in the mesopelagic zone and 6 per cent across all depths in the Arctic Ocean. However the correct amount is a 50 per cent decrease in the mesopelagic zone and a 32 per cent decrease across all depths. Additional comment was added from Jens Terhaar about his interest in furthering his research in the Southern Ocean around Antarctica where, he believes, other scientists may be doing additional research.

The battle for the ‘breathing lands’: Ontario’s Ring of Fire and the fate of its carbon-rich peatlands

Northern Pulp, the mill that turned an estuary into a series of polluted ponds, closed...