Our non-profit online magazine picked up the second-most nominations in the country, after CBC

The Narwhal has been recognized with nine Canadian Association of Journalists (CAJ) award nominations for work including on-the-ground coverage of the Wet’suwet’en crisis, reporting on the plight of fisheries observers and a series on nature-based climate solutions.

The nine nods announced on Monday place The Narwhal right at the front of the pack, behind only the CBC in number of CAJ selections — a feat that comes less than three years since our publication was founded.

“At The Narwhal, we often talk about how our non-profit online magazine can play a role in redefining the journalism landscape,” co-founder and managing editor Carol Linnitt said. “It’s amazing to see how our small team with limited resources can have such a big impact in our industry.”

“What’s even more rewarding is the fact that our readers, who are our single biggest source of revenue, actually helped make this possible,” Linnitt added. “We’re restoring those connections between journalists and the public they serve and producing award-worthy journalism at the same time. What a miracle.”

Those connections between journalists and the public sparked the publication of an investigation examining workplace abuse of fisheries observers in B.C.’s coastal waters, a piece that was named a CAJ finalist for labour reporting. Jimmy Thomson’s story, which included interviews with 11 current or former at-sea observers, was inspired by a tip from a member about a festering issue hiding the true impacts of the province’s trawl fishery. 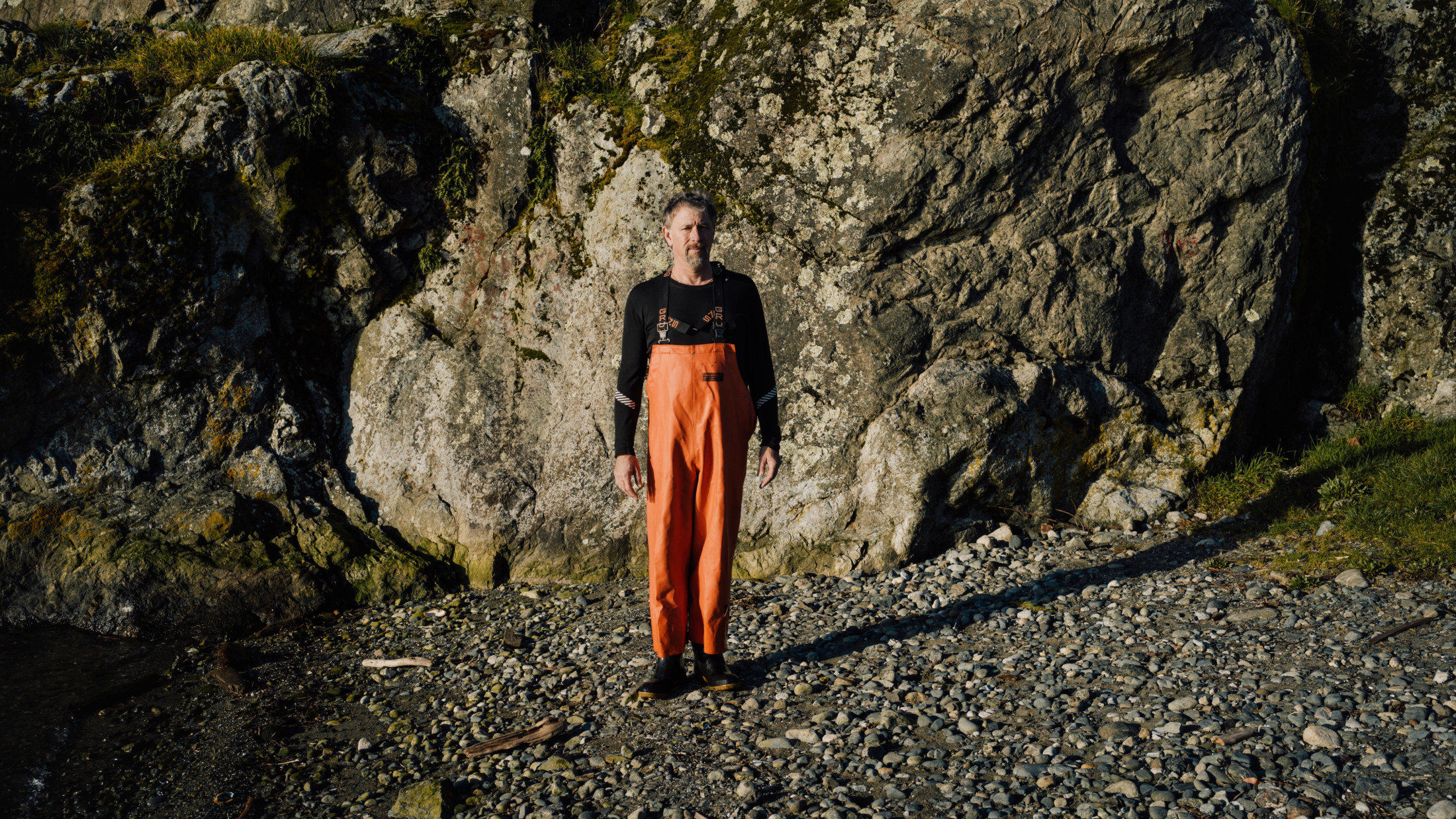 Fisheries observers are responsible for monitoring bycatch on industrial trawlers off the B.C. coast. Many of these individuals feel not enough is being done to protect them from intimidation and harassment while at sea. “It’s a very dangerous thing for observers to be out there,” one whistleblower told The Narwhal. “You’re out there alone, often without cell service or contact.” Photo: Taylor Roades / The Narwhal

Thomson was also nominated in the daily excellence category for his profile of Ghanimat Azhdari, a beloved Iranian scientist studying at the University of Guelph who spent her life fighting for Indigenous voices in conservation. Azhdari was among the 176 victims of Ukraine International Airlines Flight 752, which was shot down shortly after takeoff.

The Narwhal’s Steph Kwetásel’wet Wood was named a finalist for the emerging Indigenous journalist award, a recognition of exemplary journalism produced by a First Nations, Inuit or Métis journalist who is at the beginning of their career. Since joining The Narwhal in early 2020, Wood has reported on issues including the Sinixt peoples’ fight to have their rights recognized by the federal government, the impacts of logging and climate change on B.C. fish populations as well as an ecosystem that could prove to be a secret weapon against sea level rise.

Northwest B.C. reporter Matt Simmons was nominated for the APTN/CAJ reconciliation award, which recognizes reporting by a non-Indigenous journalist that has broadened the understanding of the relationship between Indigenous and non-Indigenous peoples. A profile of the life and legacy of Xenaksiala Elder Wa’xaid Cecil Paul and a piece on Canada’s first Indigenous coast guard program were among the works in Simmons’ nominated portfolio.

Sarah Cox’s investigation into problems with B.C.’s Site C dam, based on 2,247 pages of documents acquired via a freedom of information request, was nominated in the scoop category. The nod came on the same day Cox was honoured as a co-winner of the 2021 Press Freedom Award for her relentless reporting on the provincial government’s mishandling of the hydro project. Cox’s coverage of Site C has also been nominated for the Canadian Journalism Foundation’s Jackman Award.

Cox was also nominated by the CAJ for environmental and climate change reporting for her feature on B.C.’s looming extinction crisis. The story looked at the dire situation facing the fisher and more than 2,000 other species at risk of extinction as the province fails to follow through on a commitment to enact a standalone endangered species law.

The Narwhal’s Carbon Cache series on nature-based climate solutions earned a nomination in the online media category. The ongoing series has looked into everything from the Cree Nation’s fight to save the Broadback Forest to the fate of the carbon-rich peatlands in the development hotspot that is Ontario’s Ring of Fire.

The Narwhal’s emphasis on visual storytelling was recognized with two nominations in the photojournalism category. Aaron Vincent Elkaim’s photo essay earned a nod for its exploration of the legacy of Manitoba Hydro and the impacts of its projects on the lives and livelihoods of Indigenous communities.

Amber Bracken was also nominated for her photo essay of the Wet’suwet’en matriarchs who were arrested by RCMP officers enforcing the Coastal GasLink pipeline injunction in January 2020. Bracken was previously recognized by the CAJ as one of three journalists covering the Wet’suwet’en crisis to receive the Charles Bury President’s Award, which honours those who have made outstanding contributions to journalism in Canada.